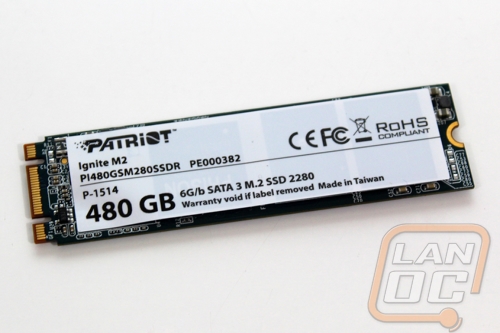 After taking a peak at what makes the Ignite M2 tick I installed it in our testbench and got started right away running it through our benchmark suite. To start things off I wanted to check out the raw sequential performance, to do this I ran it through CrystalDiskMark on both the read and write speeds. There were no suprises at all on the read speeds, the SATA based Ignite M2 performed right in line with the other S10 based drives including the original Ignite with a read speed of 5449.4. In fact it was faster than the original Ignite slightly, right up next to the Savage. For write speeds I wish I could say it did that as well but the Ignite M2 fell on its face in write testing pulling numbers down below most of the modern SSDS. This is where it is expected though, Patriot has similar numbers listed on their website as well. 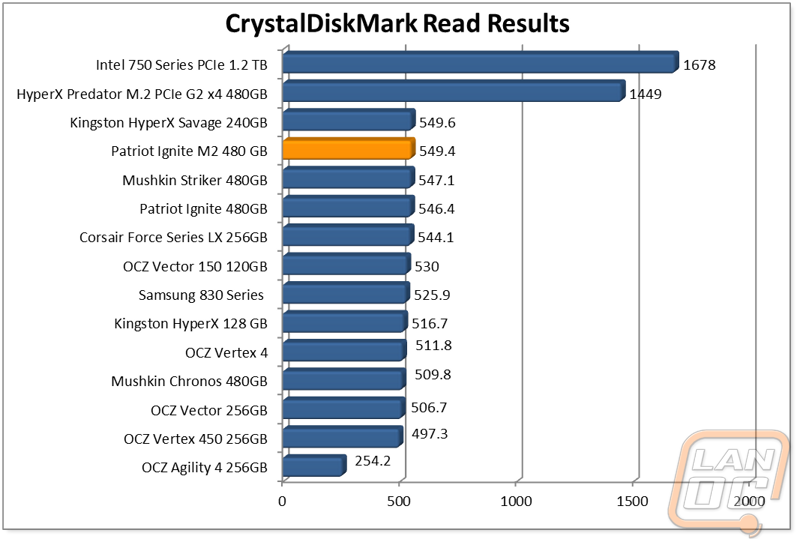 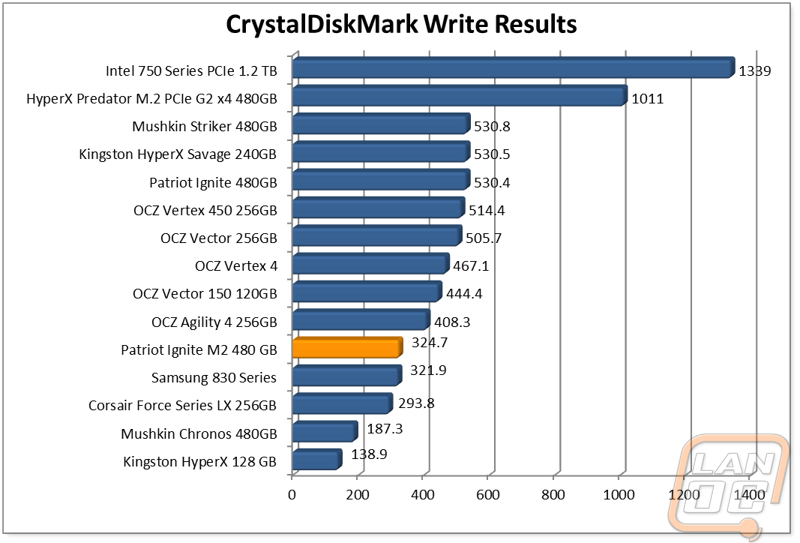 Next I ran the Ignite M2 through the three copy benchmarks on AS SSD. Here once again the numbers are actually slightly better than the original Ignite putting it up near the top as one of the fastest SATA based drives. 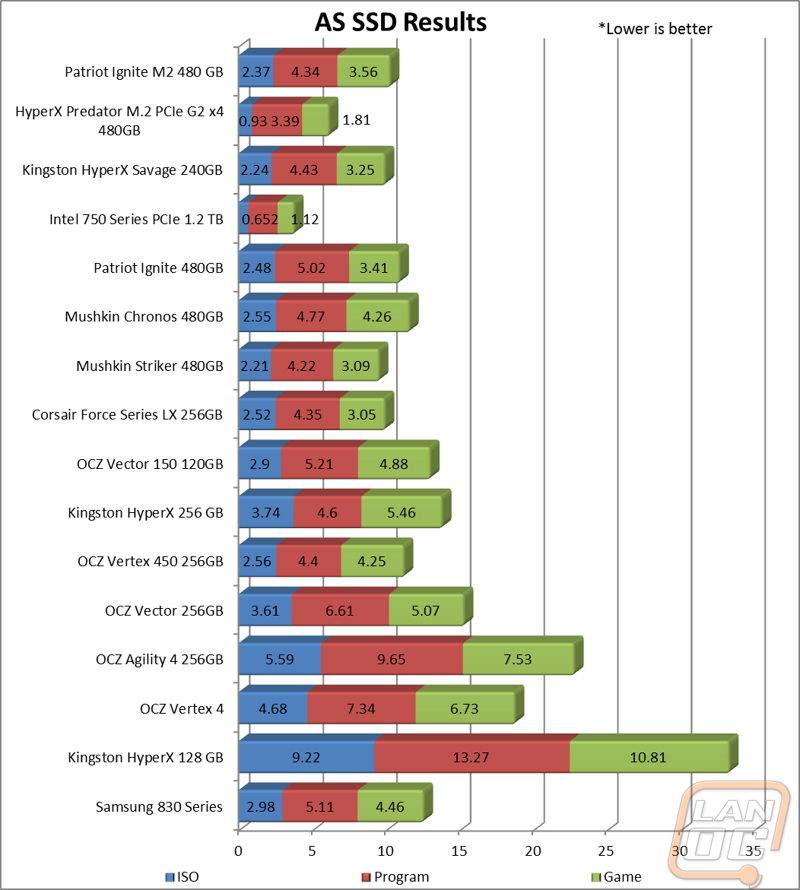 In Passmark I used the advanced disk benchmark and ran through the four default benchmarks. Here the performance was slightly lower than the original Ignite in all but the Web Server benchmark. That said the results were still good but not in the same league as the OCZ drives, just like the other S10 drives. 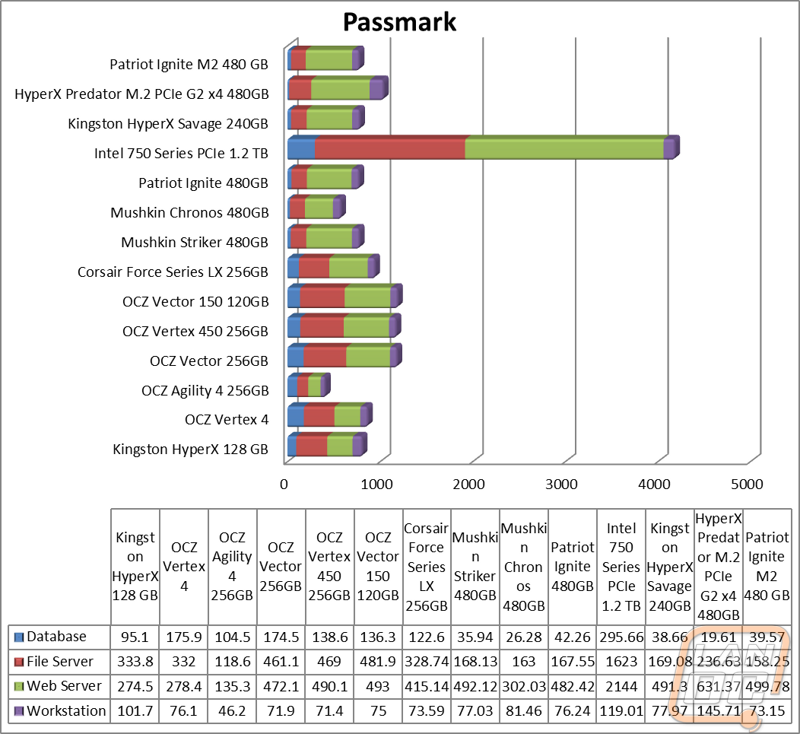 Next the Ignite M2 was run through the full storage benchmark in PCMark 8. Rather than use the scores provided that hardly show any difference between drives we use the overall average bandwidth seen through all of the benchmarks. Here the Ignite M2 was right with the other S10 drives but slightly lower than the Force Series LX.

In Anvil’s Storage Utilities I run through the entire benchmark but we only use the read and write IOPS results for 4K QD16. Here we can see that the Ignite M2 performed well but not as well as the other S10 drives. That said I was surprised our write IOPS were as high as they were given how bad the sequential results were earlier. 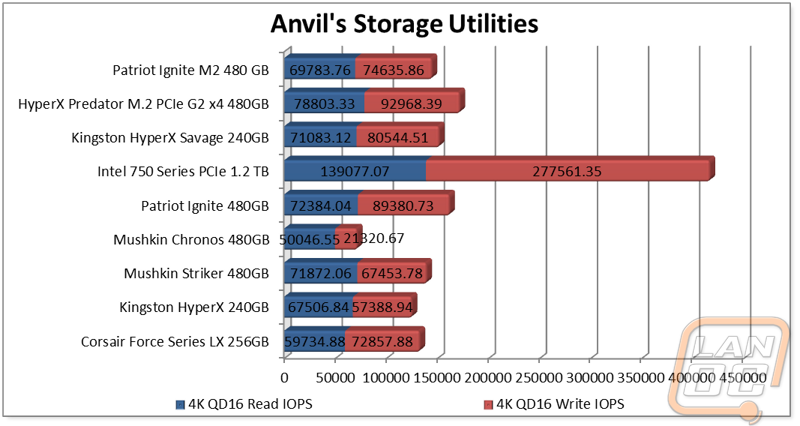 Next while still in Anvil’s I manually ran through and graphed the read and write performance of a 4k file benchmark run at different queue depths to see how the drive ramps up in performance with queue depth. I was actually surprised to see that the Ignite M2 performed a lot more like the Savage with its A19 NAND than the Ignite and other S10 based drives. For read testing the Ignite M2 fell off over qd32 but performed well having the highest peak read speed of any SATA based drive. For write speed the Ignite M2 wasn’t as fast as its brother but was surpassingly close actually. 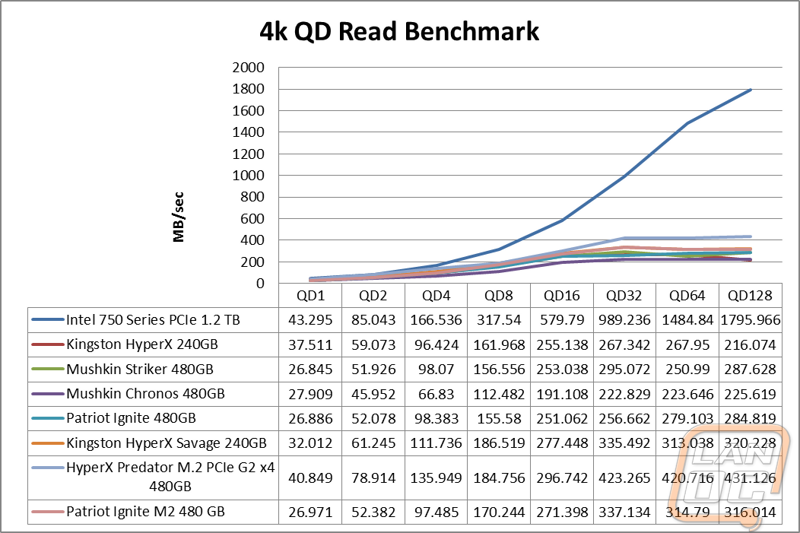 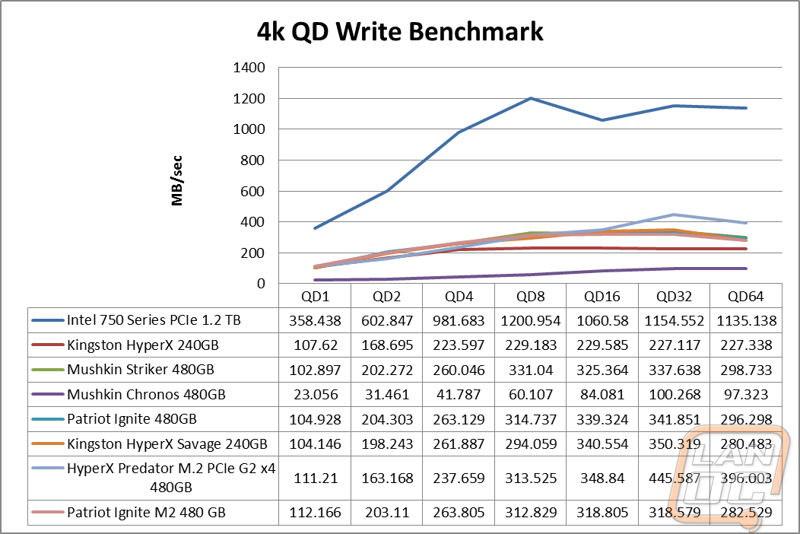