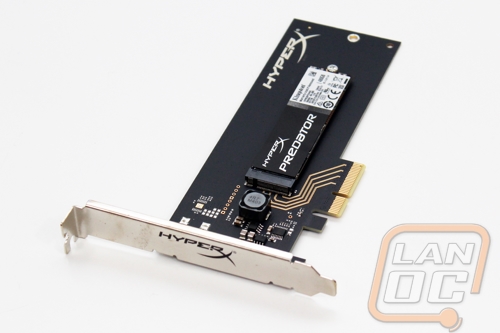 The Predator officially comes in a pure M.2 version and then the version sent to us that comes with the PCIe card. This gives uses options when looking for a drive. A lot of todays motherboards so now support M.2 but even then not all support the x4 so there is a good chance even if you have an M.2 slot you might be looking to use the PCIe card. That said the whole package is eye catching, just like a flagship drive like the Predator should. They went with a full blacked out design with only the gold leads showing. The M.2 drive does have the HyperX and Predator branding on it in white and the card has the HyperX logo as well. 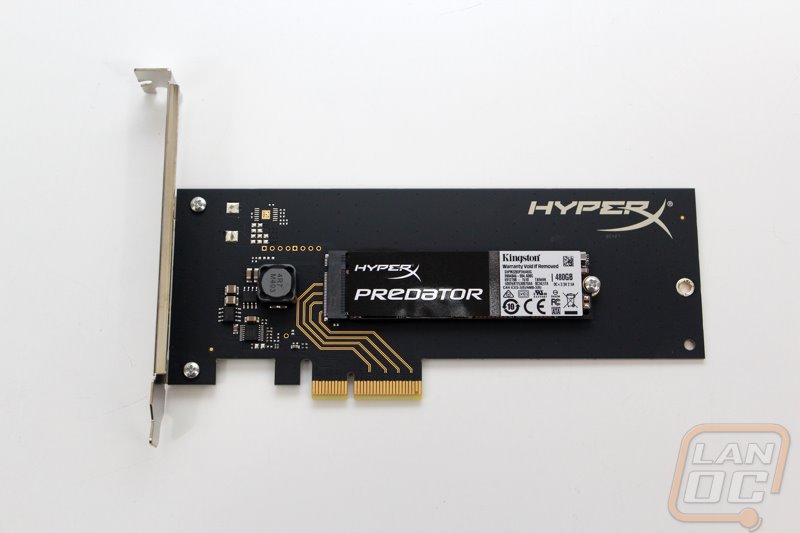 The card has a standard full legth M.2 slot on it with just the single screw at the end holding the drive in. Kingston didn’t put a warranty void if removed sticker on the screw so you are good to remove the drive if you change your build in the future. Really the back half of the card is just there to show the HyperX branding and to hold the screw on the end, everything is going on up near the front with the connection for the M.2 slot and PCIe slots being right there. There aren’t any special features or lighting here, just a clean setup on a flat black PCB. 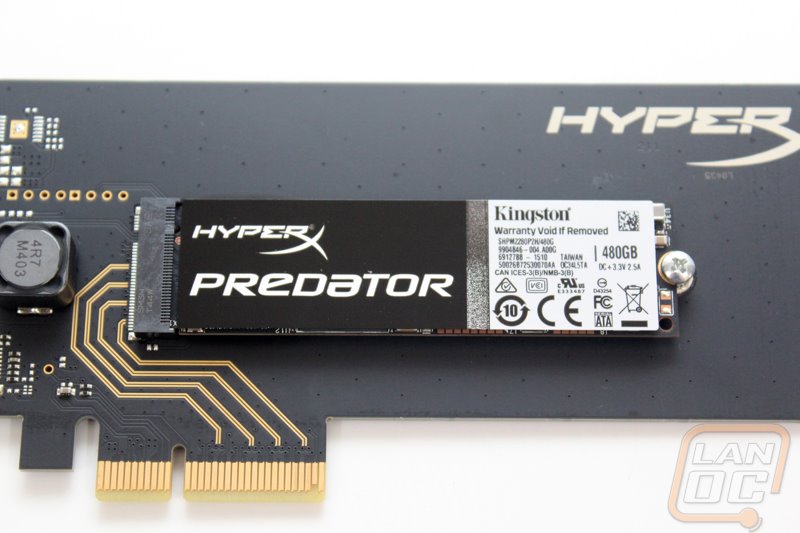 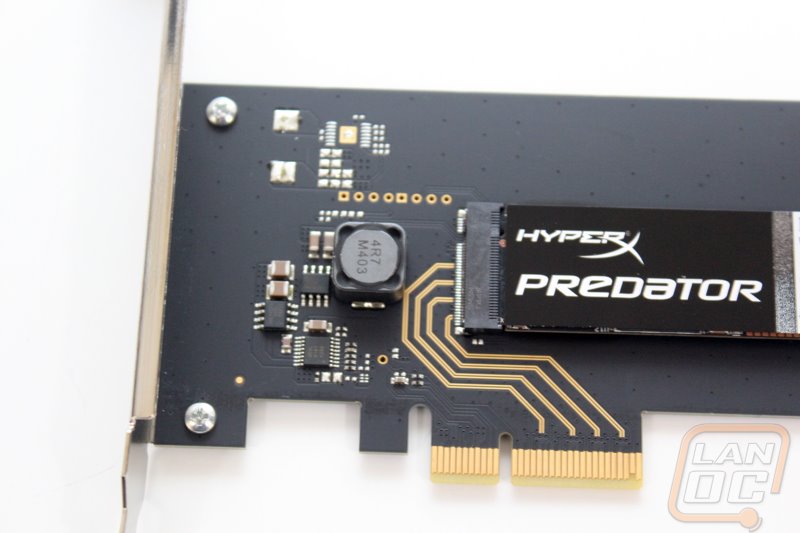 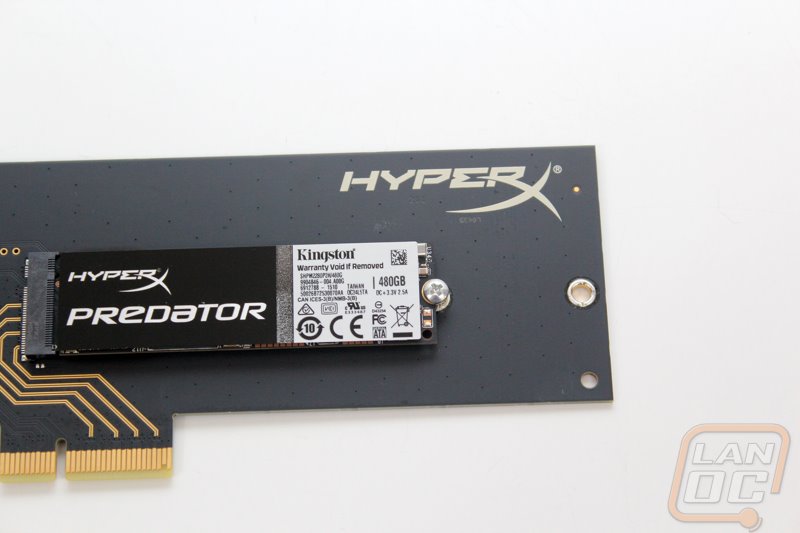 The card does come installed with a full length PCIe card slot but they include a half length one if you have a half height case. 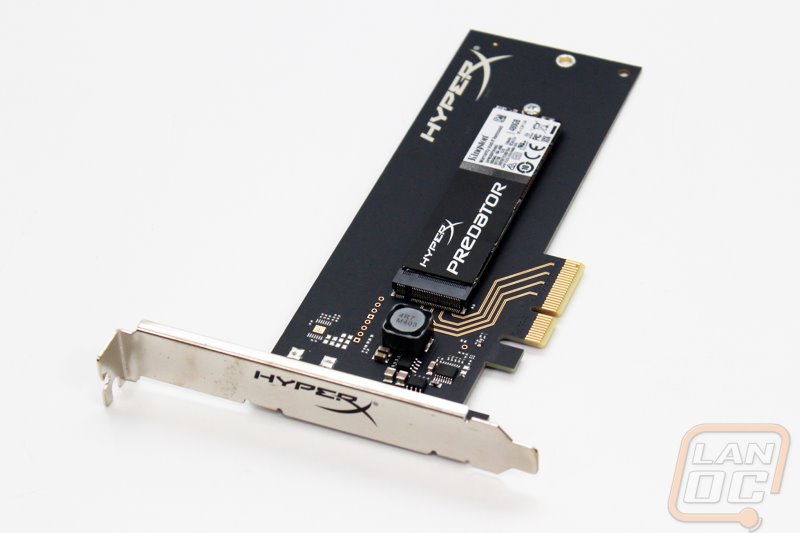 On the back we can see more of the flat black PCB with the gold traces. I found it very interesting that the card actually has holes cut out for any length of M.2 mounting. They must be looking ahead here. I like it because even if you install the Predator in an M.2 slot later you might be able to use the card for something else. 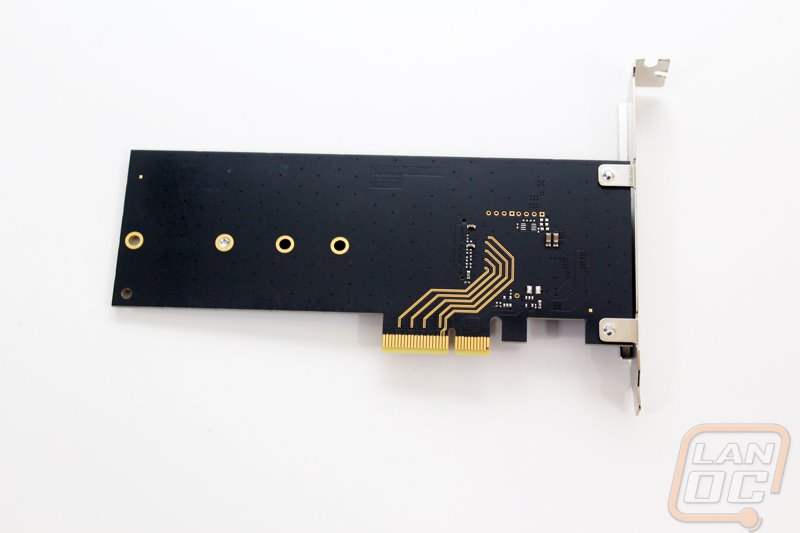 The top side of the M.2 drive does have all of the standard stuff you would find on the bottom of a SATA SSD. You have the capacity, government required logos, and serial numbers and model numbers. This plus the large Predator logo cover the entire side of the drive though. Up under the sticker you will find the drives controller. Kingston went with the Marvell 88SS9293 Altaplus PCIe 2.0 x4 SSD Controller. This is the same drive that the Plextor M7e is said to use, but that drive still isn’t out. The Predator on the other hand can be picked up right now. The controller doesn’t support NVMe but it does support end user firmware updates should any updates come out. 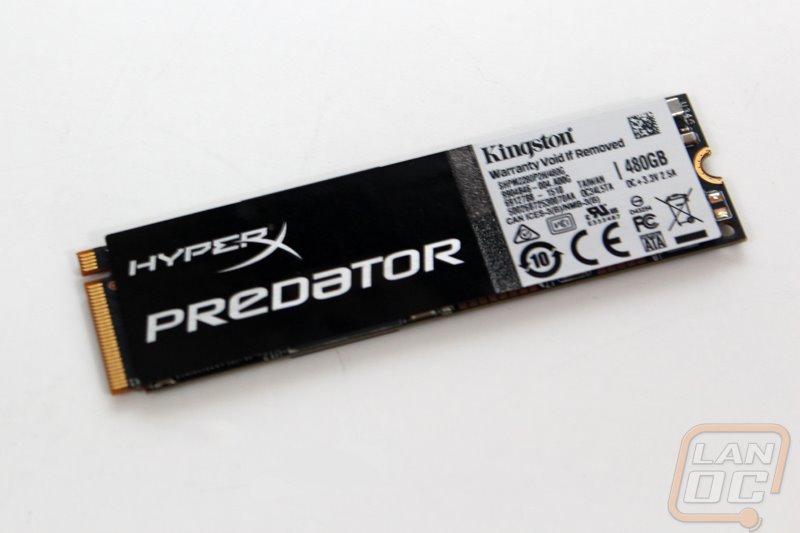 We can see that they use the same Toshiba A19 NAND that the Savage used. In this case the Predator uses 64GB NAND chips giving us a total of 512. The 480GB advertised capacity (and 447GB formatted) shows that Kingston did leave a little room for over-provisioning. For cache they included one 512MB chip on each side of the drive. Each chip is Kingston branded and 1GB in capacity. From what I understand each runs at 1600MHz and are both DDR chips. 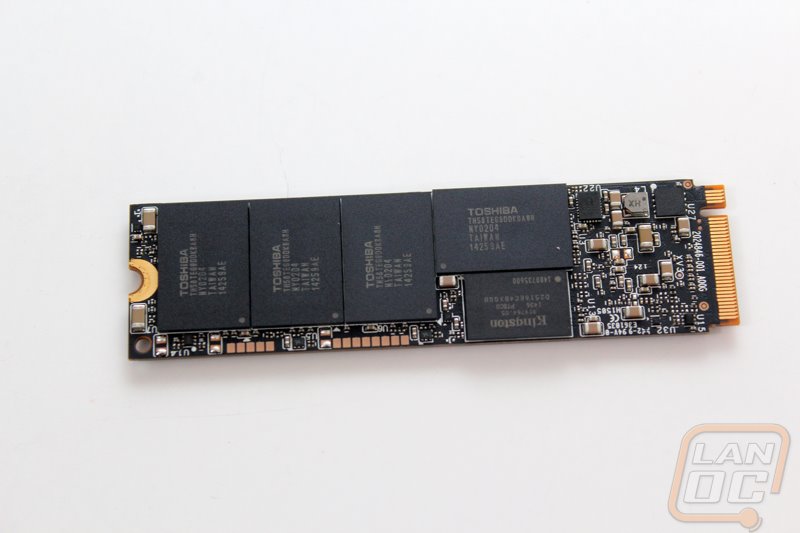 When you pull the drive off of the PCIe card you will also find a heat transfer pad that transfers heat to a copper pad on the card to help keep things cool. 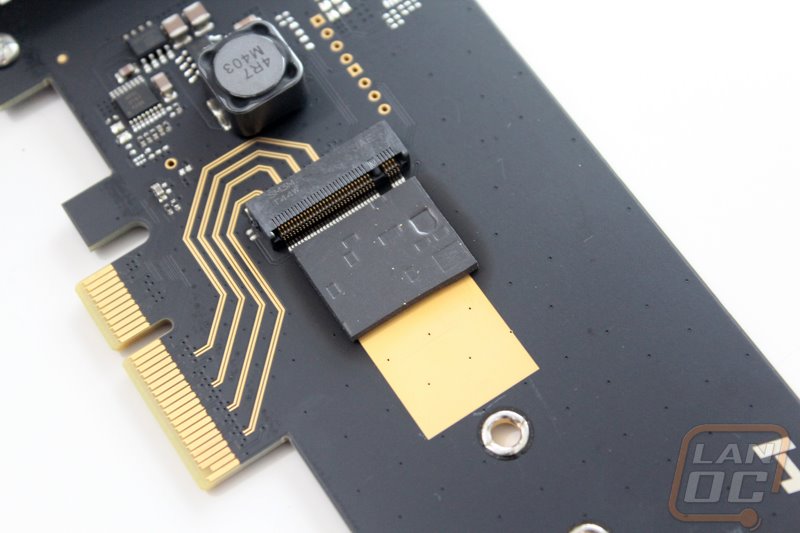 We have 543 guests and one member online