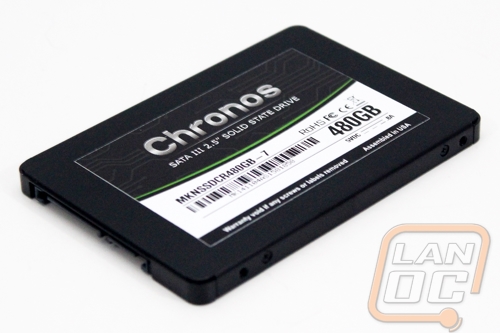 Next, I ran the Mushkin Chronos through our standard benchmark suite. This includes a variety of tests to touch on different situations that you will run into when using an SSD. To start things off I did both read and write speed testing in CrystalDiskMark. Here I was able to get a feel for the drives raw performance in sequential rear/writes. This includes testing at 512KB, 4KB, 4KB with a queue depth of 32 as well. So how did it do? Well the sequential read speeds weren’t too bad with an average of 509.8. This is slower than the last few drives tested but given the Chronos’s dated controller I was surprised it kept up so well. With a queue depth of 32 it actually pulled ahead of today’s drives even. But the 512KB results were MUCH lower. On the write side of things the numbers were a lot less impressive though. In fact they were concerning with the best result being 187.3MB/sec. The rest went down from there, not being anywhere close to what a modern SSD can do. 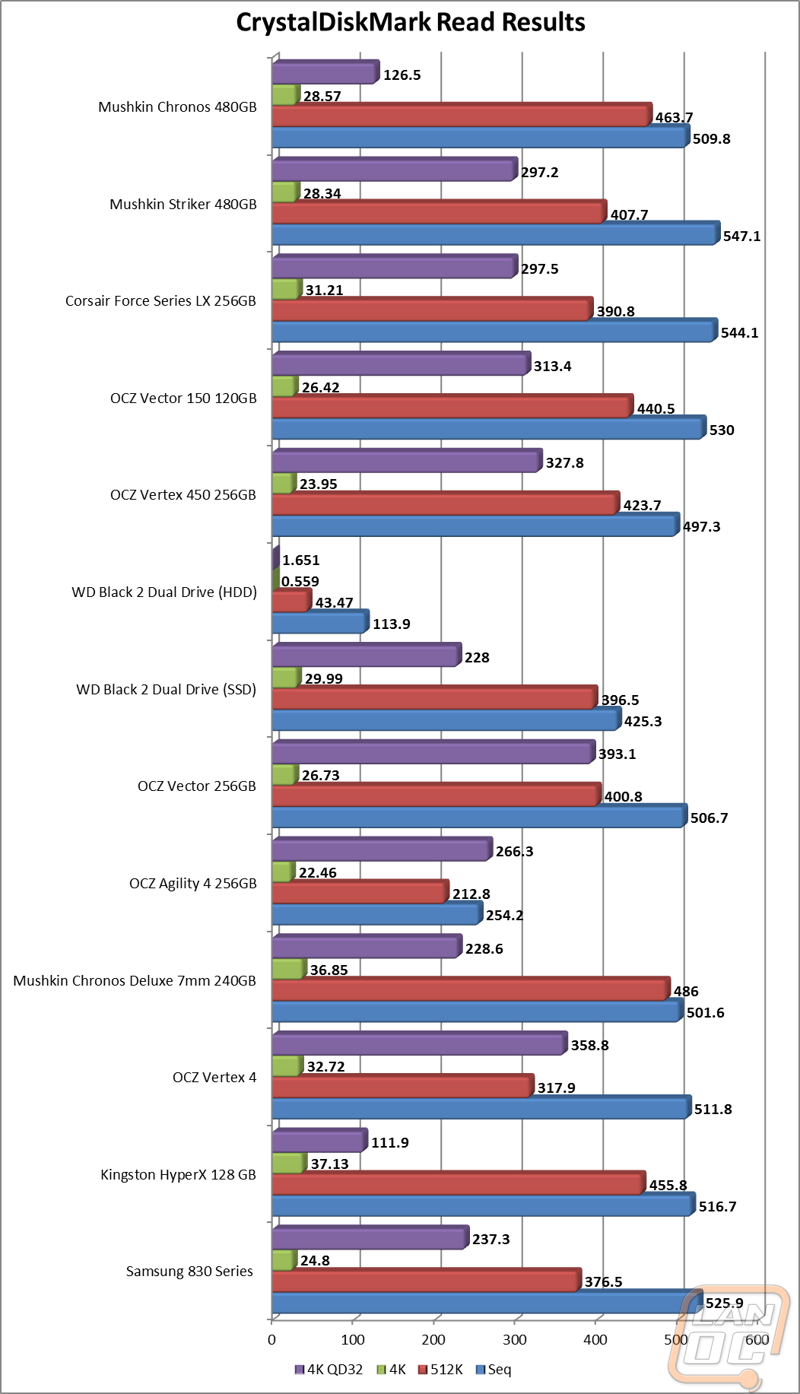 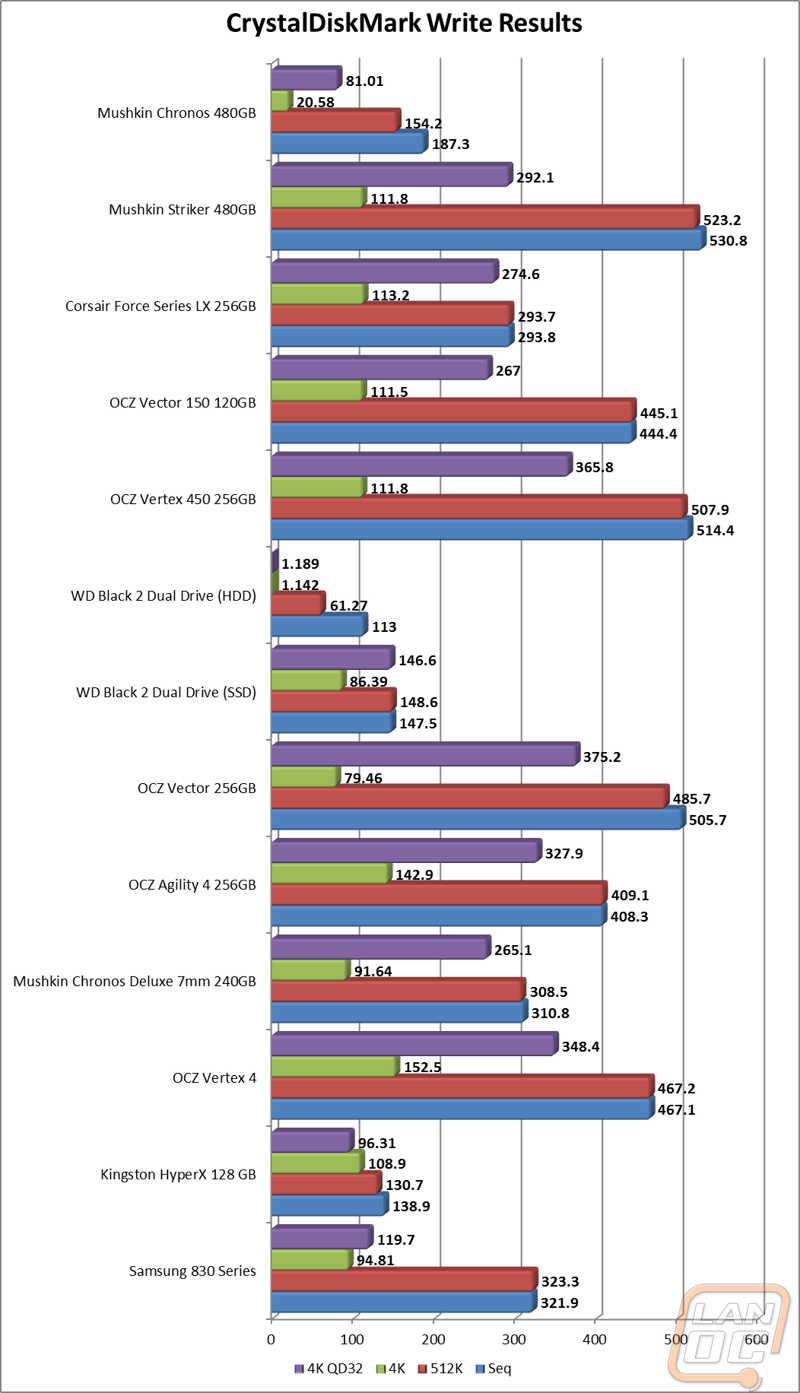 In AS SSD the Chronos held its own well. The results are all well above the Striker but faster than some of the drives that the Chronos struggled to keep up with in CrystalDiskMark. 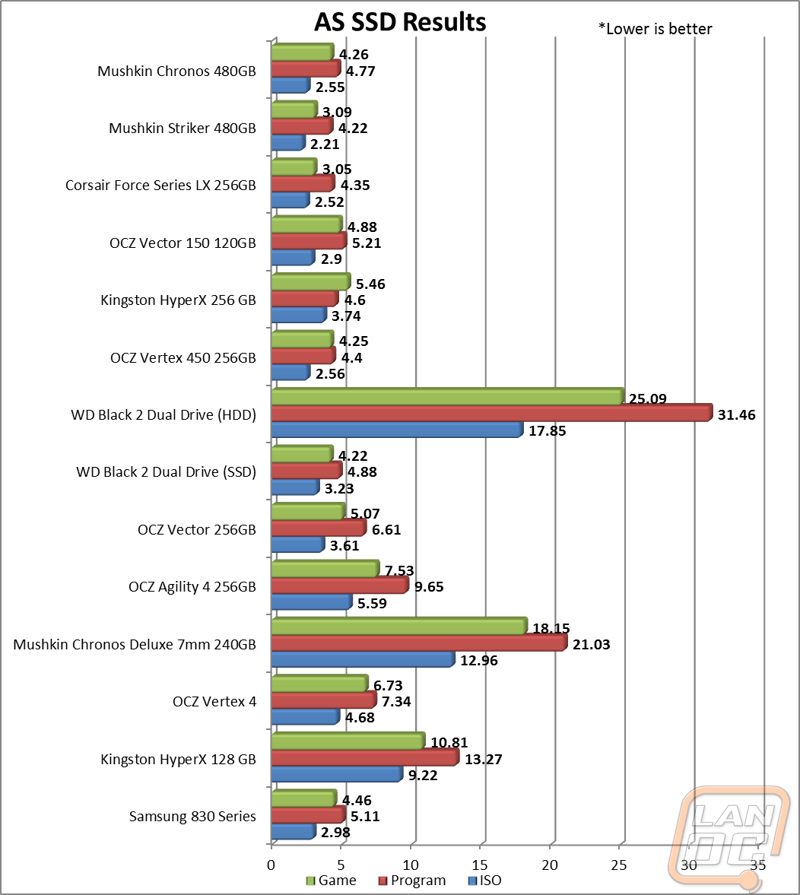 In Passmark, I ran the drive through their Advanced Disk Benchmark to get an idea of its performance in four different business environments. Here its performance wasn’t really up to par, even compared to a few of the older SSDs. That said it still performed with the Striker in the File Server test, but the Striker didn’t exactly do well there. This is obviously not an enterprise drive, but no shock there. 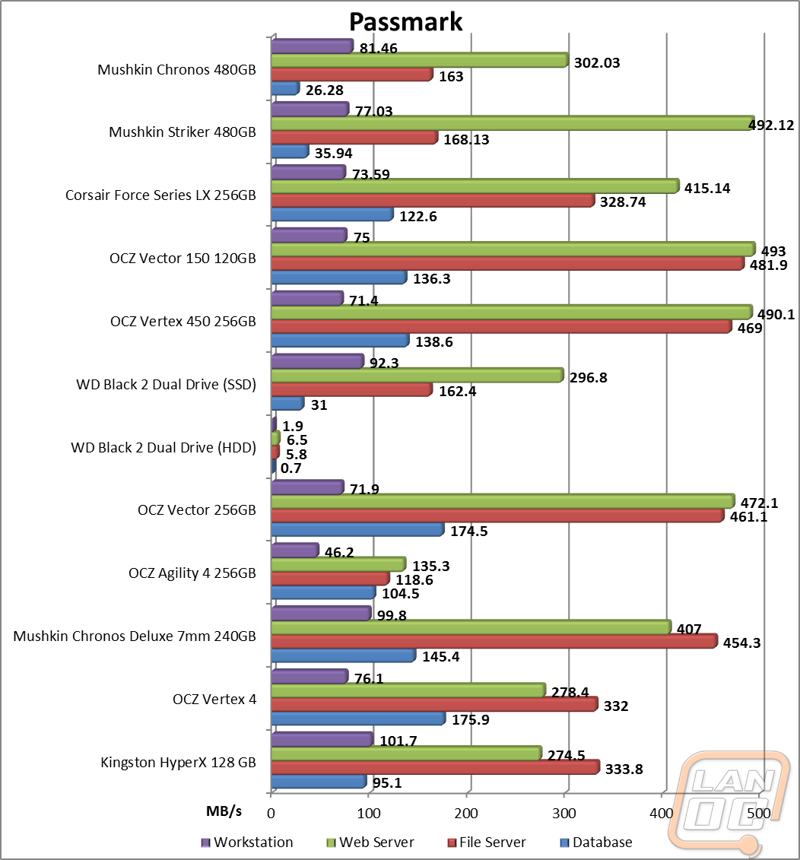 Next, I ran through PCMark 8 with its HDD Benchmark. Here I actually finally was able to see  little change in our results. I have been questioning the use of this benchmark because the results have been nearly the same for every drive, even when they are noticeably faster or slower in other tests. Here though we can see that the Chronos is coming in lower than the others.

Lastly I ran through our newest test, Anvil’s Storage Utility. Here we cans see that on the read side of things the Chronos can still hold its own. It is really just the write speeds that are holding things back.

We have 1438 guests and one member online