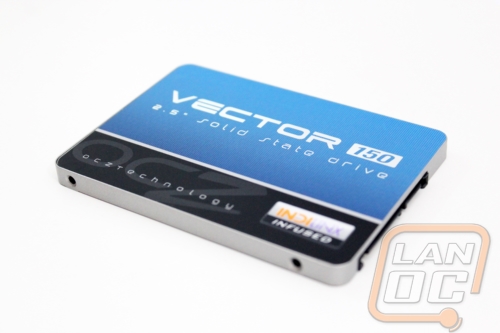 At first glance, much like the packaging, the Vector 150 looks a LOT like the original Vector. This is most likely because it did replace the old model. They kept the same blue fade on the top with the black stripe along the bottom. This actually matches the theme for OCZs other drives as well. Interestingly enough I took so long to do this review that they actually changed the drive design from this to a new look. I have added a photo of the new design below. The new design is the same but with the sticker on the top changed. We do still have the same blue, silver, and black them going on though. Only this time around there is even more black. 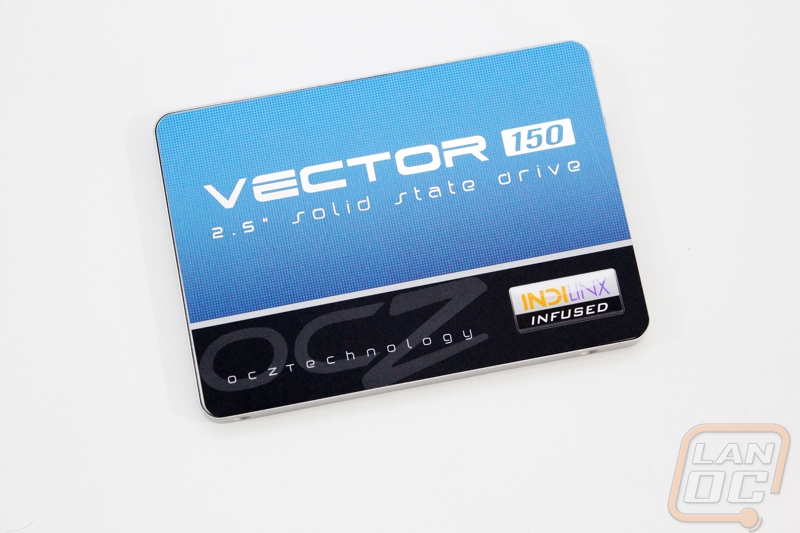 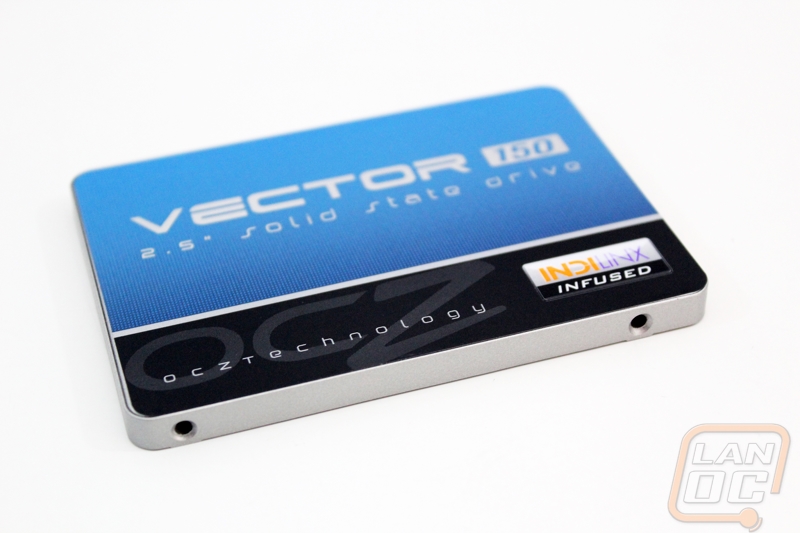 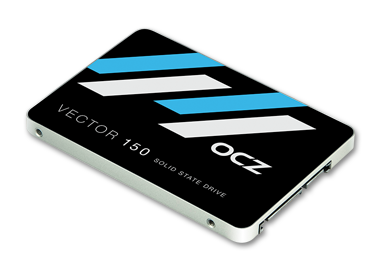 OCZ still uses the aluminum shell that I loved about their last few SSDs. Its rounded corners really stand out compared to a generic ol steel shell design that a lot of the manufactures use. The design feels more solid and it still works in any device that takes a standard 2.5 inch drive. With the drive being 7mm thick it will even fit in some of the smaller devices that other SSDs won’t fit in. 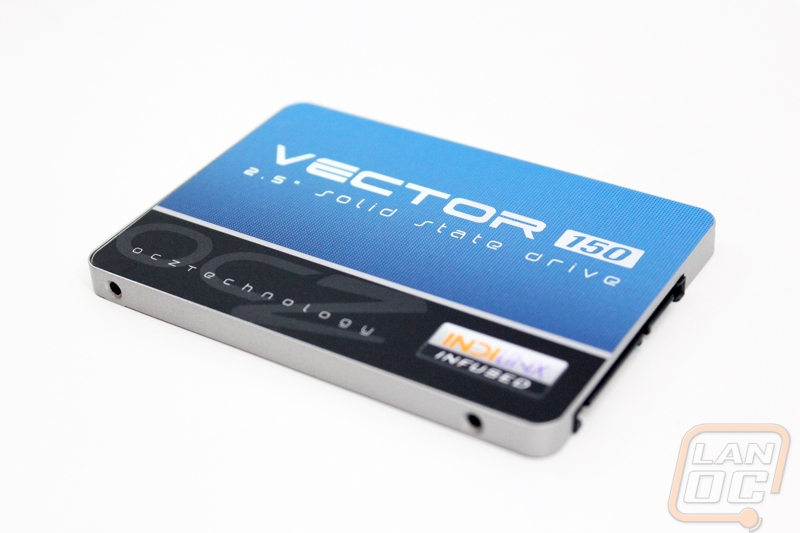 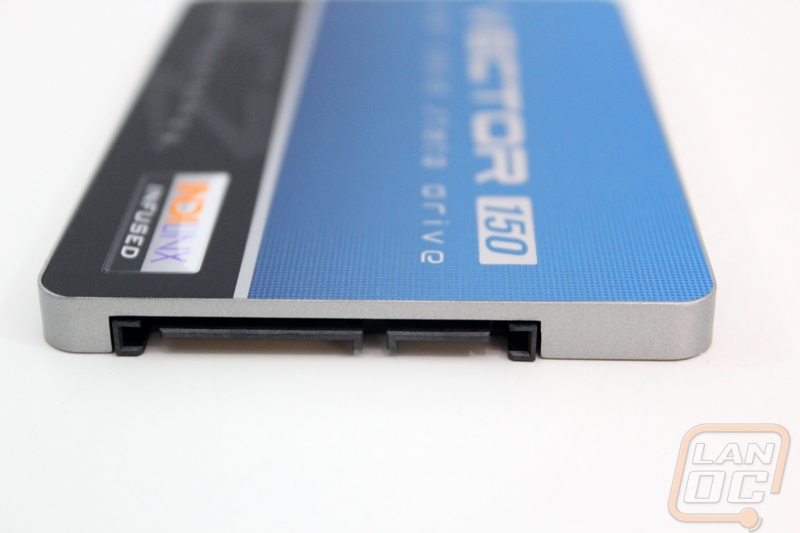 On the flip side of the Vector 150 OCZ hid all of the required logos, serial number, and capacity over on this side out of view to keep the drive looking clean when installed. This only matters if you can even see the drive where it is installed. But if you have the chance to show it off, it will add to the styling inside of your case. 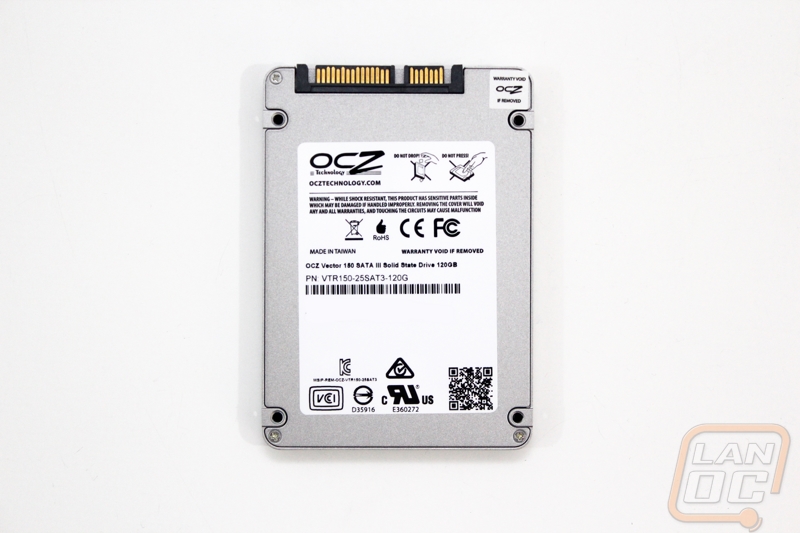 After pulling he do not remove stickers off that cover the screws on the bottom of the Vector 150 while singing a NWA song modified to replace police with warranties I dug into the drive to see what was inside. As expected in the center of all of the NAND I found the Indilinx Barefoot 3 controller that is made in house. This is the same controller that the original Vector used. The main change was to the 19nm Toshiba toggle flash where the original came with 25nm Micron flash. There are also two Micron DDR3-1600 DRAM chips (one on each side of the PCB) used for the drives cache. Because this is a 120GB model there is only NAND on the one side, larger capacity drives would have it on both sides. 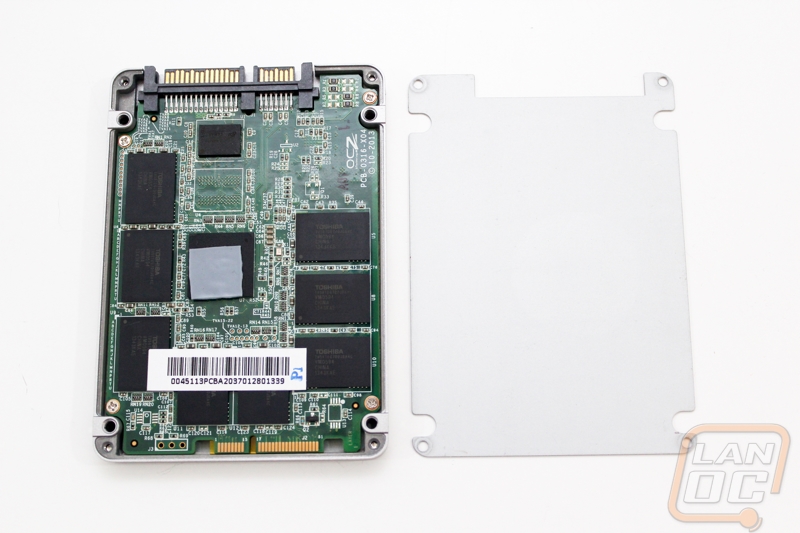 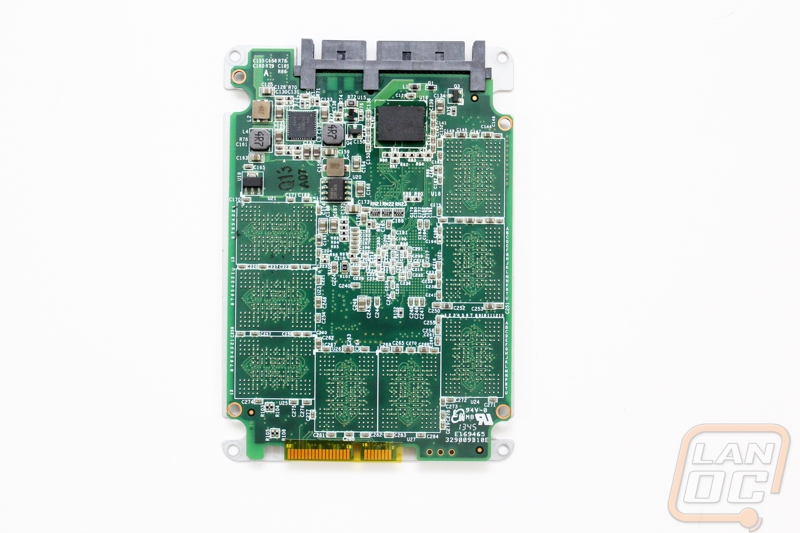