Alright, so you've seen an SSD before. While yes, the design of this drive is of particular interest due to its size, you are definitely more interested in the performance of this drive. On the official LanOC test bench, the following results were obtained. 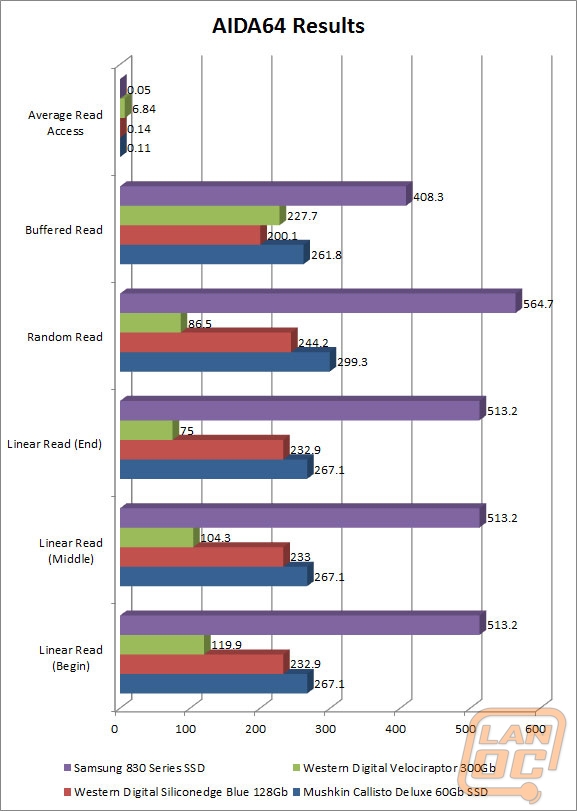 Throughout the testing, there is a trend with this drive, and that is its fast. It has the fastest average access time, and it blitzes previous drives in read speed. This is because the Samsung is a SATA 3 drive being put against previous generation SATA 2 SSD's along with hard drives. 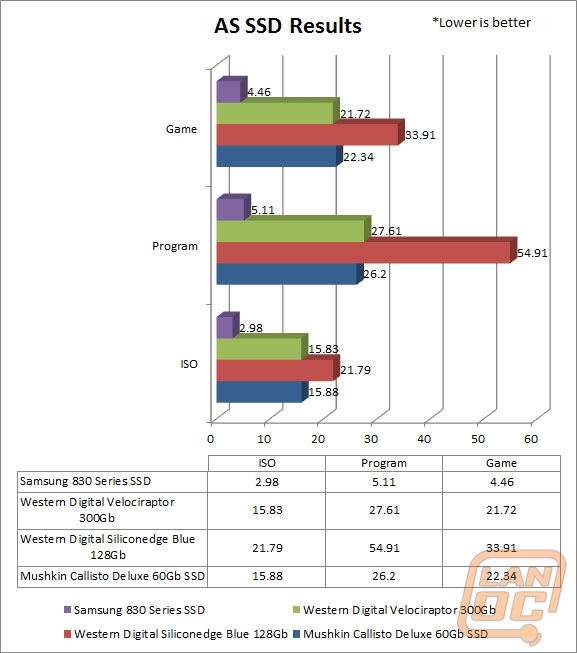 The AS SSD results were also similarly impressive. This drive clearly outperforms the competition in this test as well. Being a SATA 3 SSD really pays off up against those 1st and 2nd gen SSD's. I'm really impressive to see how far we have come along in the last few years. 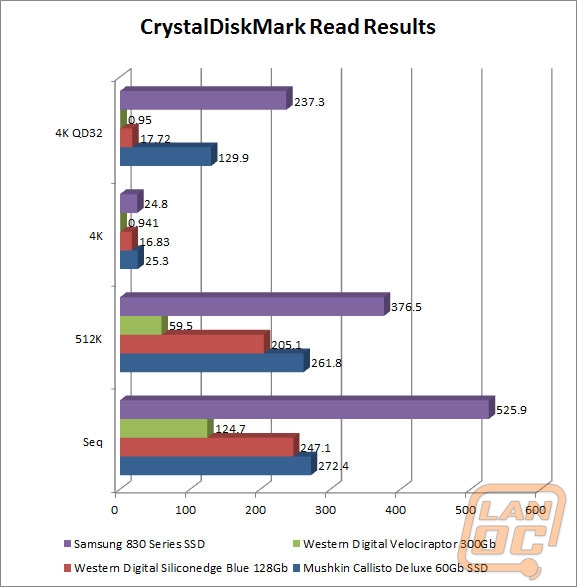 Our read speeds here show good sequential results. With a read speed up into the 500MB/s the Samsung drive is comparable to any of the top performing SATA 3 drives on the market. Of course when going against first and second gen SSD's like on our test you can see just how far along we have come. 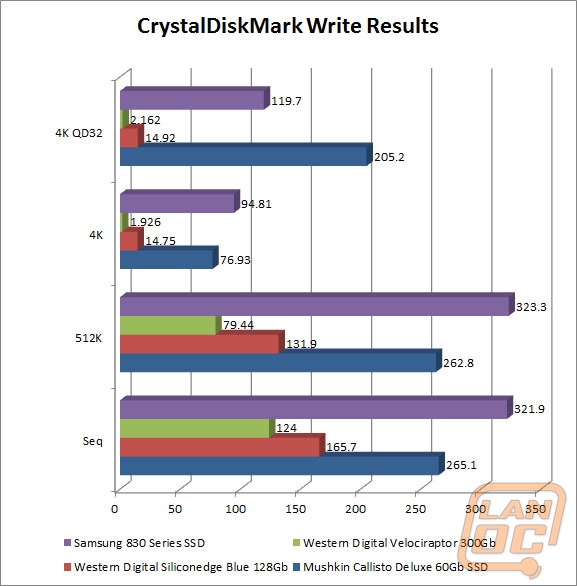 Most drives take more time to write than to read, and when it comes to writing data with the CrystalDiskMark test, the Samsung drive leads in our limited test batch in every segment EXCEPT the 4K QD32 test. Lacking in performance in the 4K QD32 benchmark shows that the drive struggles with native queuing, something that will most likely show even more in our IOMeter results. In fact, when it comes to data writing, the Mushkin Callisto Deluxe provides excellent competition to the Samsung drive. Considering the Mushkin drive is a last gen SATA 2 drive I'm not all that impressed with the Samsungs write performance. 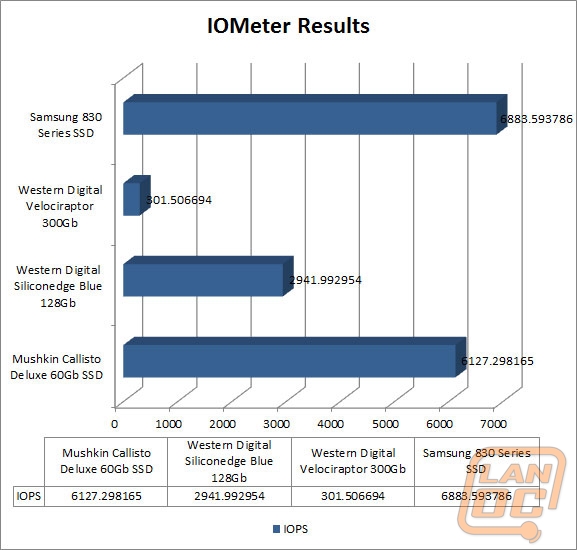 Considering the speeds we saw on our other benchmarks the difference between the SATA 3 Samsung and the SATA 2 Mushkin drive isn't very large. Although the Samsung drive has good performance, its obvious that if put against a few other SATA 3 drives that this graph would look very different.

garfi3ld replied the topic: #25750 15 Jun 2012 17:34
A look at a Samsung SATA 3 ssd. Sorry we didn't have better drives to put it up against. I'm going to fill in our database with a few drives I have around here for our next SSD review to give you guys a better idea of performance.
Read More...

We have 1458 guests and one member online