When shopping for a hard drive, most people don't consider anything more than the amount of space you're going to get for the lowest price. I will admit I've been guilty of this in the past. Of course as with anything else, there is a lot more to consider if you are looking to get a fast and reliable hard drive for your high end rig. Seagate is well known in the business and personal hard drive market. We happened to come upon two of Seagate's ES-2 1 terabyte hard drives. Being a business class hard drive I was curious to see what differentiates the ES-2 compared to the Barracuda line. 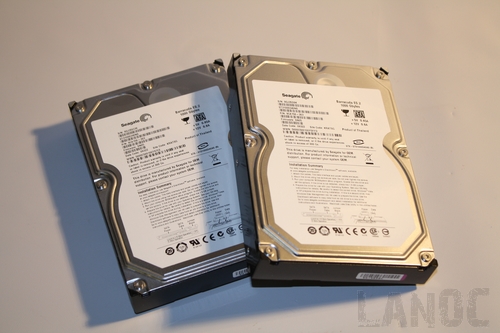 - Available with SATA or SAS interfaces 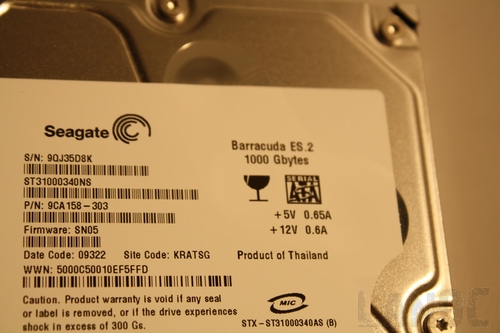 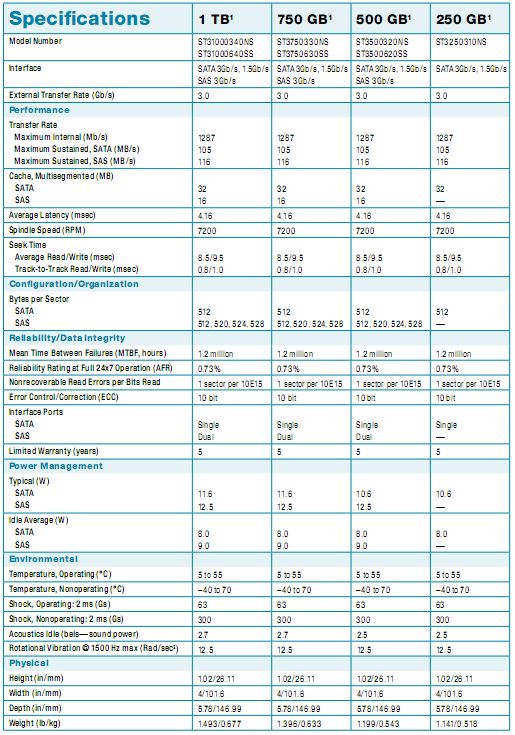 Being somewhat anti-climatic both of the ES-2's arrived in a fairly standard plastic clamshell. I was expecting retail packaging but considering they are for buisness applications the lack of extra packaging makes sense.

Installing hard drives has become so overly simple with todays tool-less pc cases that almost anyone can jump in and do it without any experience. Because of that installing both of the hard drives into our Cooler Master Sniper case was as simple as sliding them into drawers and plugging them in. 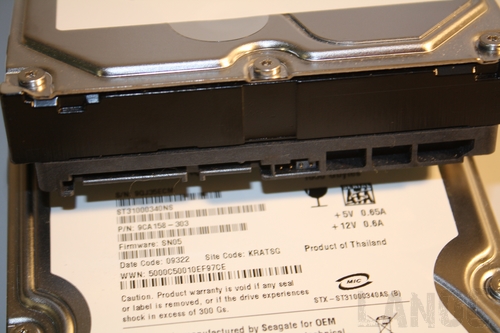 The ES.2 hard drives are designed to run in multiple hard drive situations. Making the ES.2's stand out from the Barracuda drive line are features like the Rotational vibration sensors to prevent a performance loss when running multiple drives. Another feature designed for a server environment that is helpful for your gaming rig is there "PowerTrim" technology that shuts off any unnecessary electronics when not being used to keep power draw down. The less power a hard drive takes the more power available to power today's high end video cards. Lastly the some of ES.2 line (not the drives we tested) use Serial Attached SATA (SAS) that can sometimes see up to 135% increases. 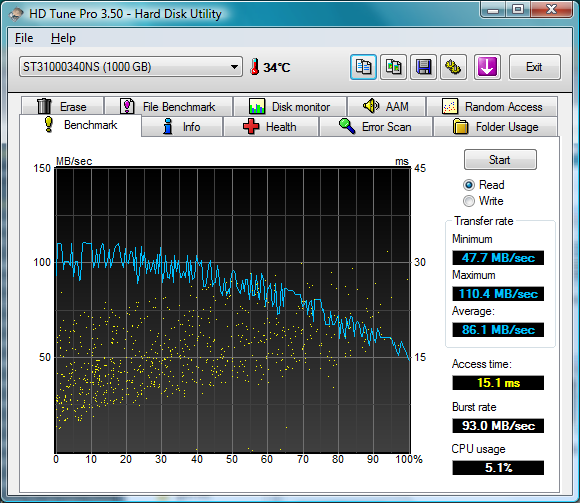 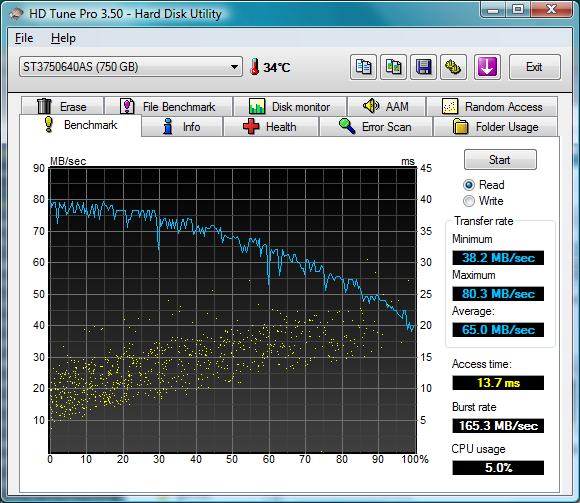 Even though the most important features with the ES.2 enterprise are mostly designed to keep the drives reliable I still wanted to see how they performed. In order to do this I ran a few tests using HDtach comparing their performance to a few of the other drives in the test rig. I found the ES.2 drives performed noticeably better than the drives I tested it against including other Seagate drives. The increase in performance is partially due to the increases in performance in the past year due to them being older models (7200.10 and 7200.11 respectfully). Overall If I were on the market for hard drives right now and wanted a reliable drive to be uses in a RAID array or file server the ES.2 series drives would be a perfect choice. Of course there is a price premium to run the enterprise class hard drives; but considering how cheap hard drives have gotten, a little more money for some added reliability is money well spent in my opinion. If you are looking to find a performance gem with the ES.2 drives you may come out disappointed. You would be better off looking into the SSD's and high RPM drives. Keep an eye out on here in the near future, we will be checking out a few options for high speed drives from our friends at Seagate. 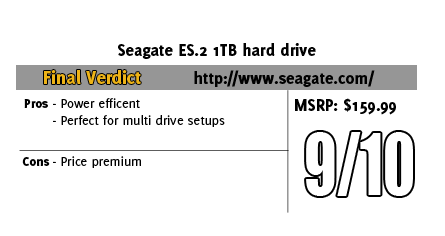 You might call him obsessed or just a hardcore geek. Wes's obsession with gaming hardware and gadgets isn't anything new, he could be found taking things apart even as a child. When not poking around in PC's he can be found playing League of Legends, Awesomenauts, or Civilization 5 or watching a wide variety of TV shows and Movies. A car guy at heart, the same things that draw him into tweaking cars apply when building good looking fast computers. If you are interested in writing for Wes here at LanOC you can reach out to him directly using our contact form.
Discuss this article
Log in to comment
Posts in discussion: Seagate ES.2 1Tb Hard drives