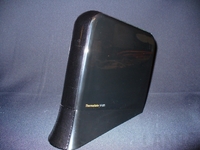 As I've said many times before, everyone and there mom makes a hard drive enclosure. With a few exceptions they are mostly of the same boxy design. Thermaltake has come out with a design that they hope is going to break the monotony. They focused on making something that you don't have to hide away on your desk. With that they focused on reducing vibration and heat to keep you from having to listen to your hard disk spin up, and to make sure that same hard drive has a long life. So Thermaltake sent us one of these new VI-ON hard drive enclosures and we are going to take a closer look at it. 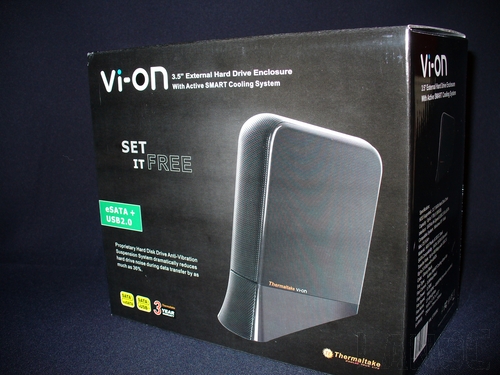 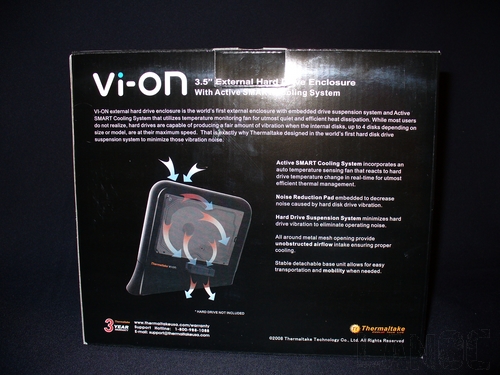 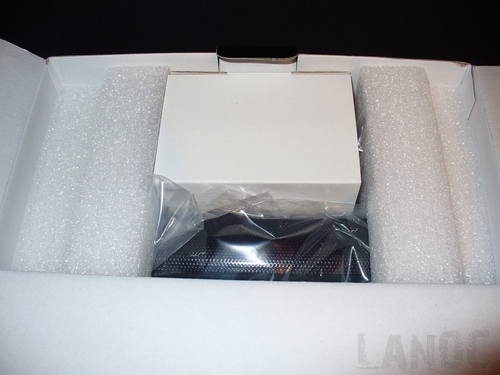 This has to be the biggest box for a hard drive enclosure that I've ever seen! I noticed right away that they stuck with the same theme that we saw with the BlacX. They put a large picture of the enclosure on the front of the box. Along with that picture they point out that their "Proprietary Hard Disk Drive Anti-Vibration Suspension System dramatically reduces hard drive noise during data transfer by as much as 36%". The enclosure also will work with eSATA and USB 2.0. On the back they have a diagram of the air flow inside the case. It's nice to see that they focused on the air flow from the start rather than as an afterthought like we have seen on some enclosures in the past.  The back also has a list of the other features used to aid in cooling and lowering the noise and vibration. Inside the box I found everything secure with foam. Thermaltake packed a small box with a USB cable, an eSATA cable, power brick, and a towel to keep the Vi-ON free of finger prints. 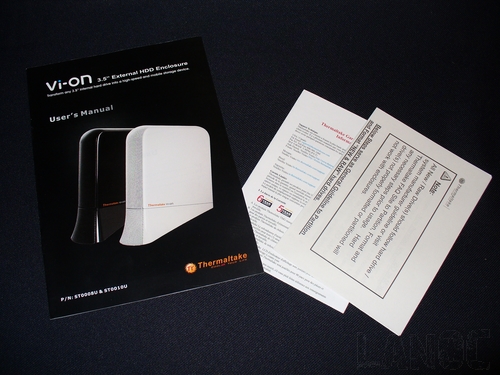 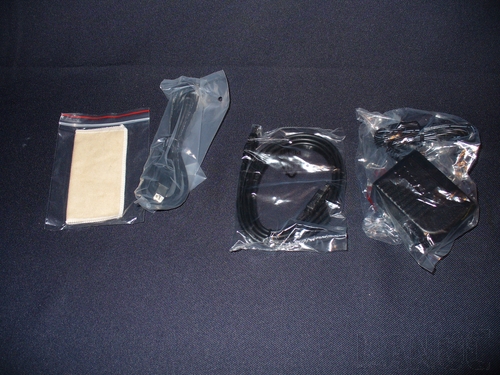 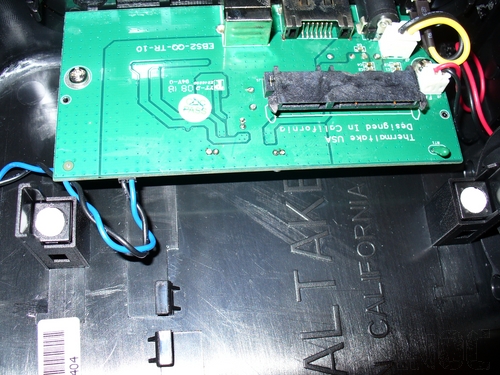 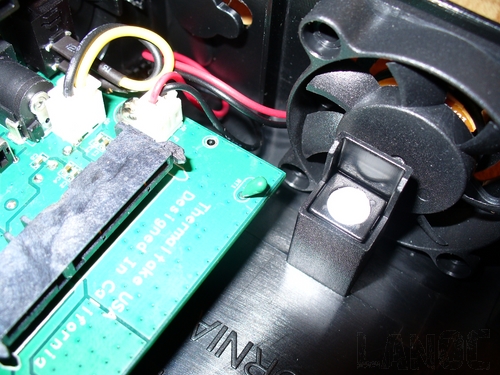 Now that we had the whole thing put back together it was time to hook everything up to the PC. I started by picking a nice spot to put the Vi-ON that I wouldn't have to worry about the cats knocking it off. Once it was in place I plugged in the power wart into the surge protector and then into the enclosure. Next I had to pick from the eSATA and the USB 2.0 cables. Even though the Vi-ON didn't come with a eSATA PCI plug like most of the eSATA enclosures we have looked at in the past I was able to use eSATA with our test PC. If you have the chance to use eSATA I highly recommend doing so over the USB 2.0. The speed difference is well worth the time (as you will see later in testing). Once I had the eSATA and power plugged in all I had to do was flip the power switch. Our hard drive was already formatted so after a small delay we saw our hard drive appear in My Computer. 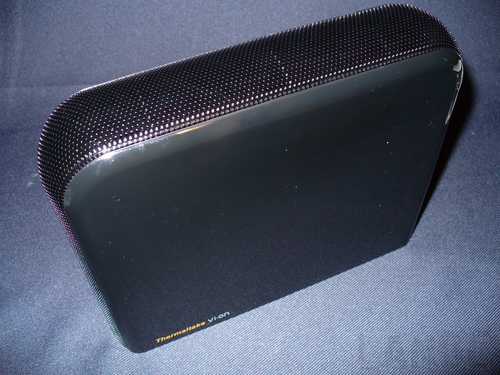 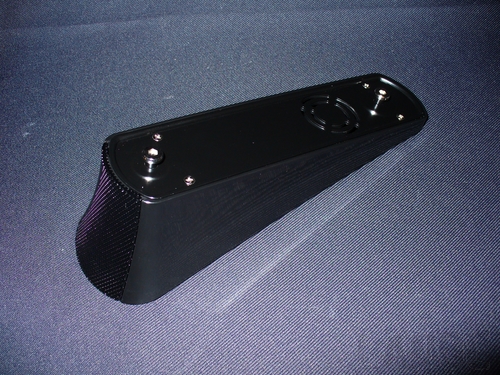 320 Seagate hard drive In the Vi-ON 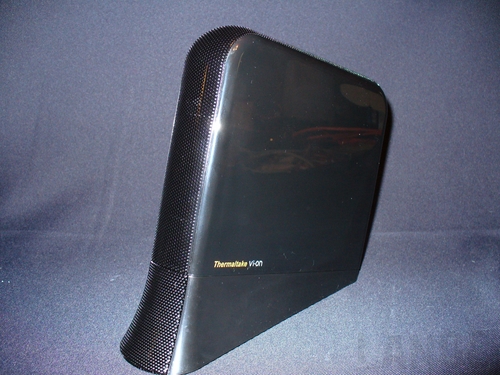 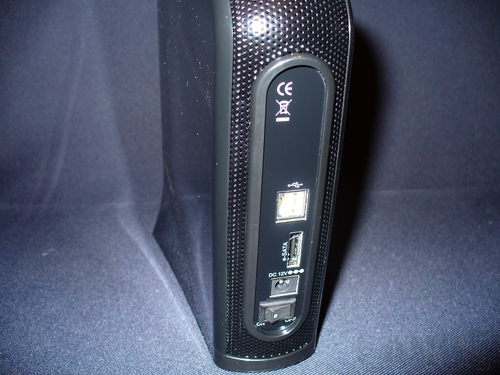 As you can see below from our tests using HD Tune the Vi-ON performs very well. There is a major difference between our eSATA tests and the USB 2.0 tests. That was to be expected and is a price to be paid for the convenience of having USB everywhere. 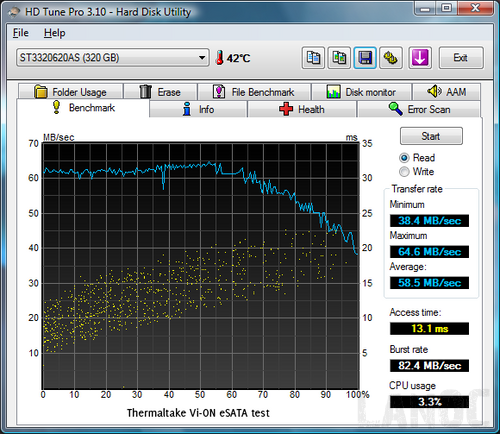 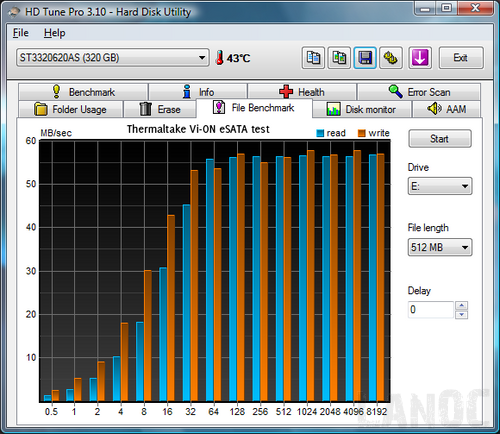 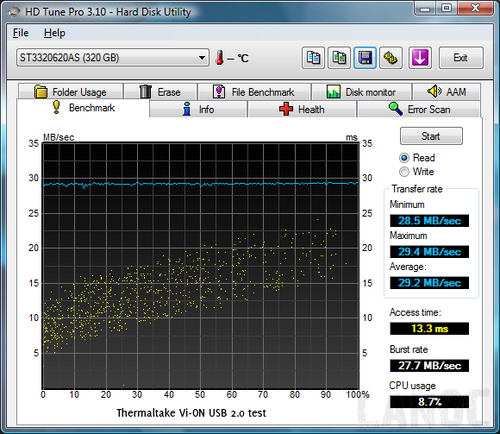 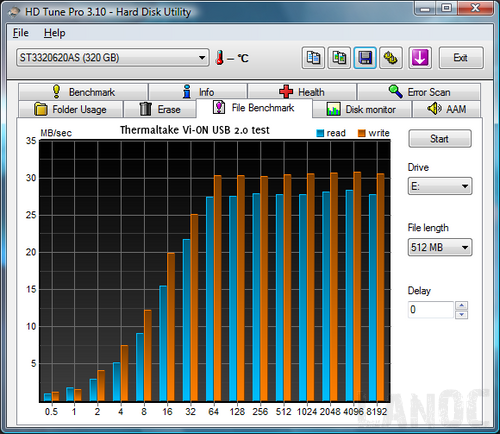 Well like ive said before, every company seems to make a hard drive enclosure. Its really hard to make something different, something that gives you a reason to skip over the other enclosures. Thermaltake has done a good job in doing that. When we started we pointed out that thermaltake tried to produce an enclosure that reduced the noise of normal enclosures while keeping the hard drive cool. They defently did a good job at this, when you have it opened up you can see that its just not marketing talk. They also set out to produce an enclosure that will look good on your desk and be secure from being knocked over. Again they did a great job at this also, the large base keeps the Vi-ON secure while making it look different than any other hard drive enclosure. The fan, springs, and wide base all make the Vi-ON bigger than a lot of enclosures. With a suggested retail of 59.99 I think that the price is the biggest downside to this enclosure. But of course you don't see the amount of detail on all of the cheaper enclosures also. 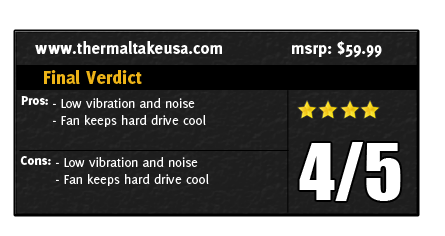 You might call him obsessed or just a hardcore geek. Wes's obsession with gaming hardware and gadgets isn't anything new, he could be found taking things apart even as a child. When not poking around in PC's he can be found playing League of Legends, Awesomenauts, or Civilization 5 or watching a wide variety of TV shows and Movies. A car guy at heart, the same things that draw him into tweaking cars apply when building good looking fast computers. If you are interested in writing for Wes here at LanOC you can reach out to him directly using our contact form.
Discuss this article
Log in to comment
Posts in discussion: Thermaltake Vi-ON