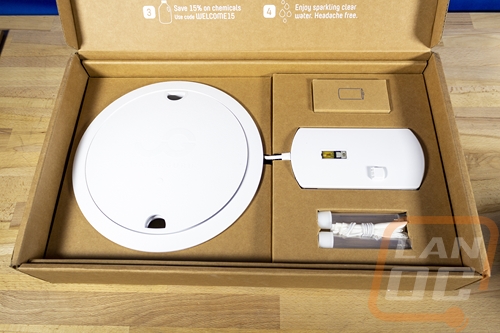 So WaterGuru ships the Sense directly in its box which I would normally not be a big fan of because of theft but the box design is relatively discrete. They have “Enjoy hassle-free pool” on the front in white and a small WaterGuru Sense logo in the middle. Then on the end, the description lets you know that you get dosing advice in the palm of your hand so not too much to give away what is inside. Of course, if you were looking at this in a retail store you also wouldn’t have a picture of what is inside, specifications, or information on what the Sense so that is the trade-off. 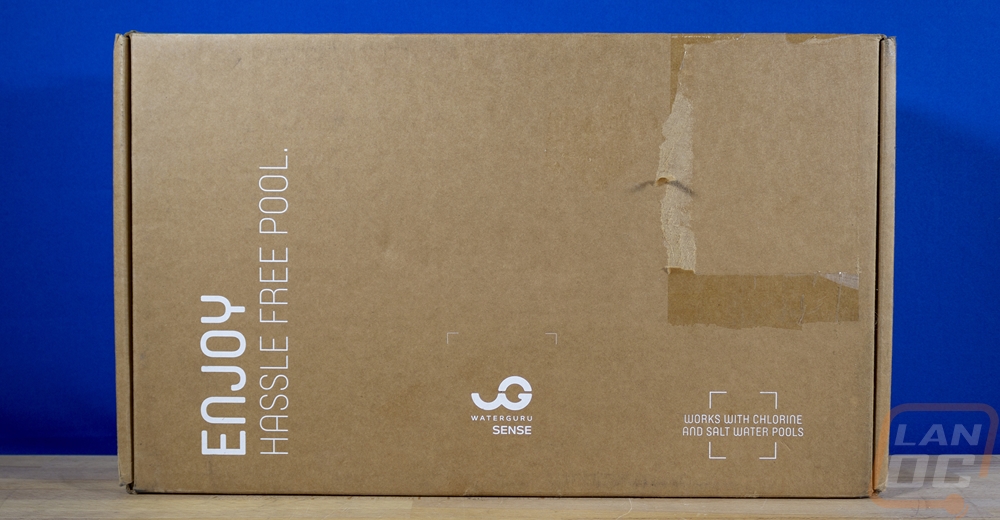 Once you cut the tap you can open the box up and on the underside of the flap they give you a few steps to download the app, mail in your test, a coupon code for chemicals, and then you should have a headache-free experience and a clean pool. Also up on top, they have the quick start guide as well as two mailing labels sitting in a cutout tray. The labels are for the two included full pool tests where you mail in your water and they test everything for you. Then the guide breaks down setting up the sense as well as doing your water test including what the mail-in test covers. There is also a small paper that lets you not the Sense is a class B digital device with all of the legal information for that. 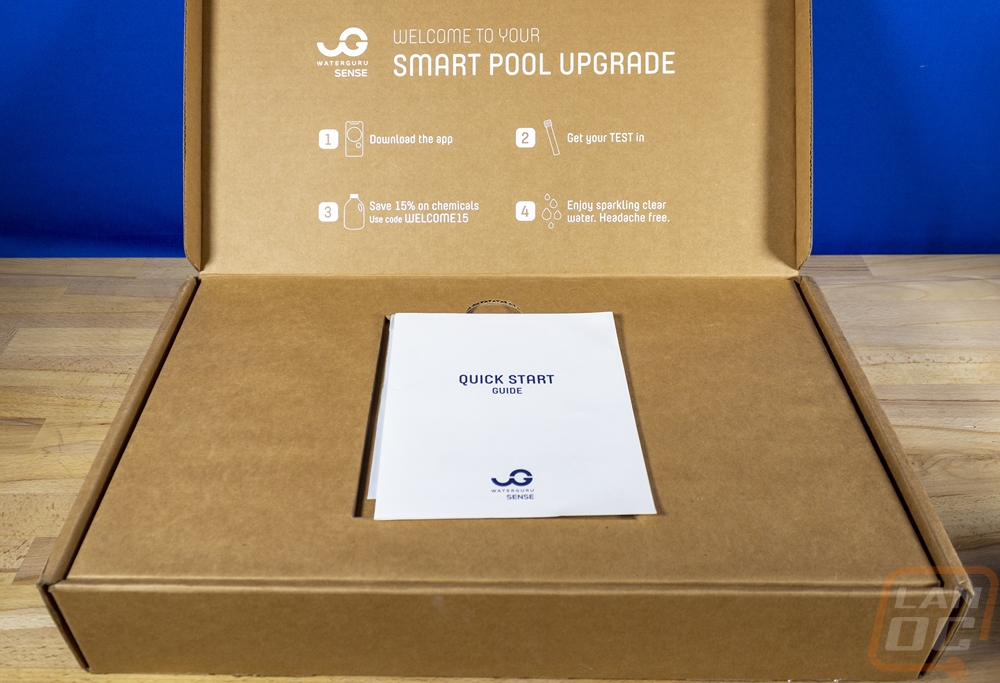 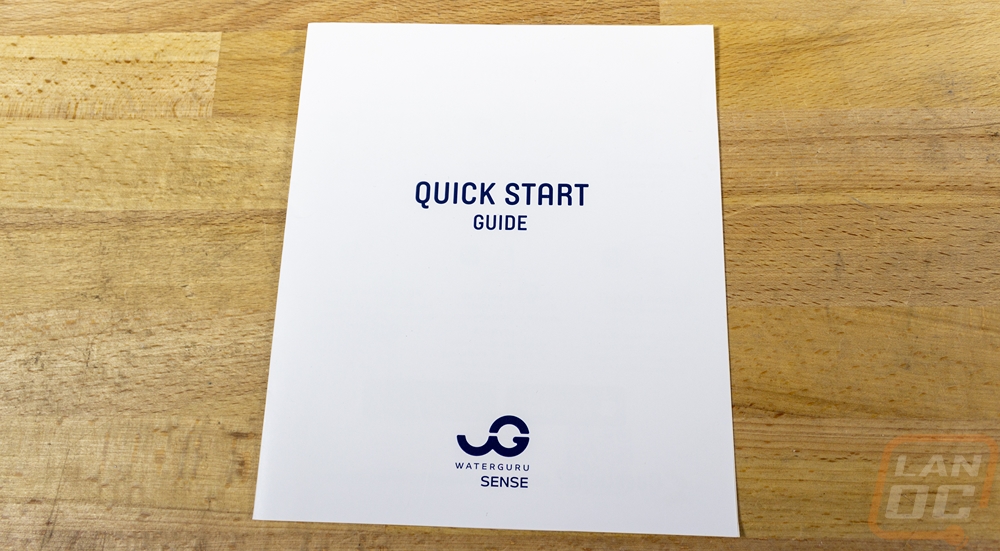 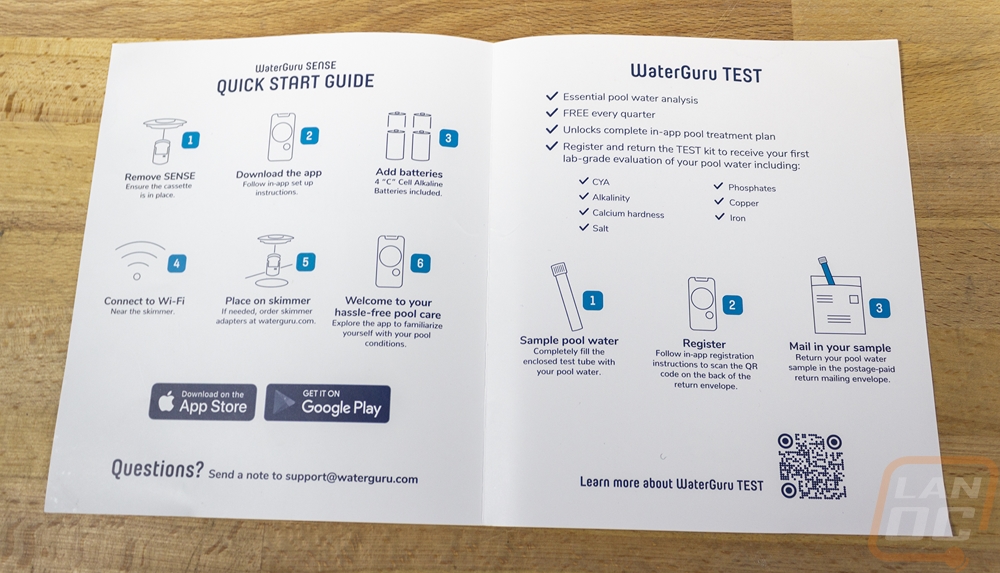 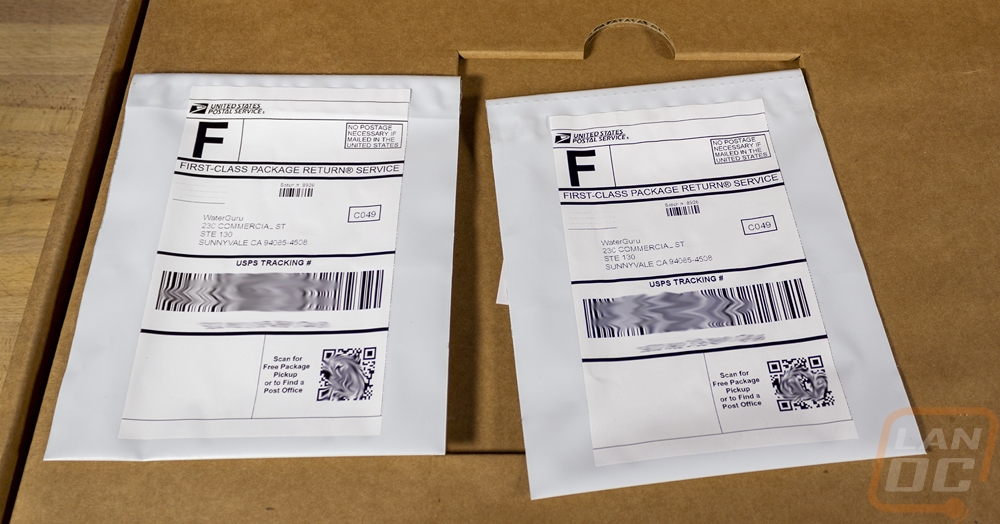 Once you take the top layer of cardboard off under that you have the actual WaterGuru Sense which sits in its own cardboard tray. Along with that, there is a small box with the C batteries that it needs to run. Then in the other opening in the cardboard, you have two small test vials for shipping your water samples back and the filter bag that keeps the Sense safe. 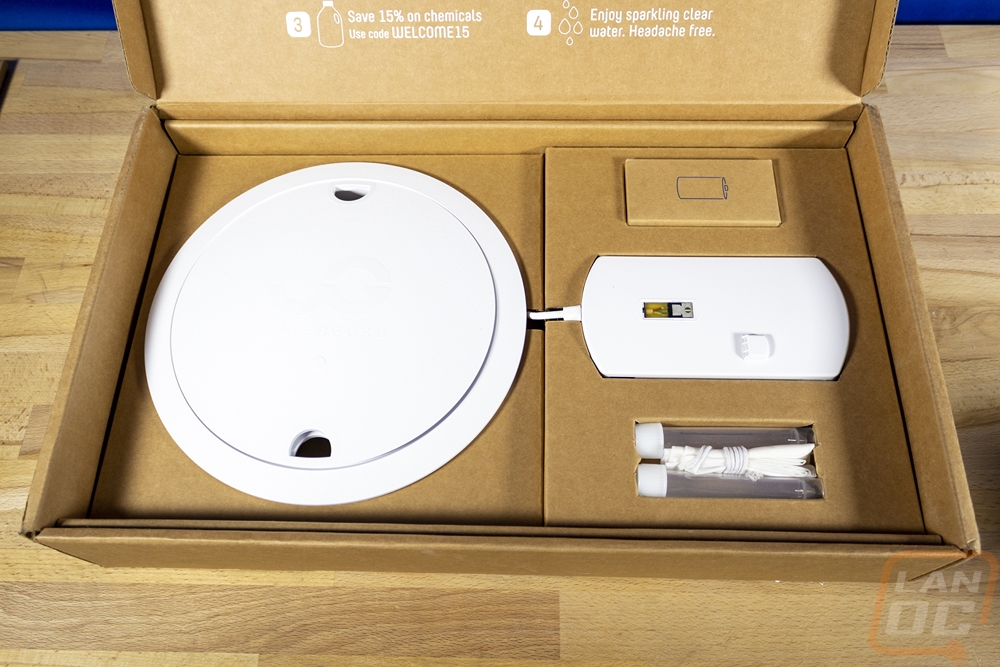 So the WaterGuru is one device made of two halves with a wire connected between the two. The bottom half is the sensor itself which has a large slot in it for the consumable cartridge which supports 8 weeks of daily tests. On the front, there is an exposed sensor set in resin from the looks of it. There isn’t any information on exactly what sensor this is but given that the WaterGuru Sense detects temperature, water flow, FC (Free Chlorine), and PH I would guess that this is the temperature sensor. The raised area next to that has a filter on it. There are vents on the sides as well and a small pinhole at the bottom of the sensor housing each with its own filters. On the cartridge side, there is also another vent as well. 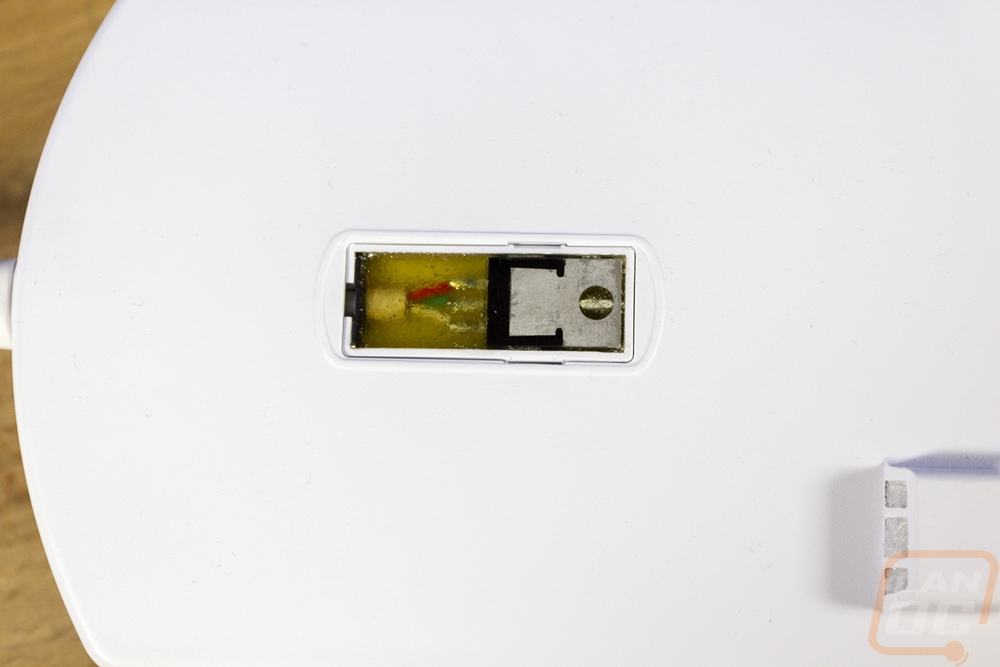 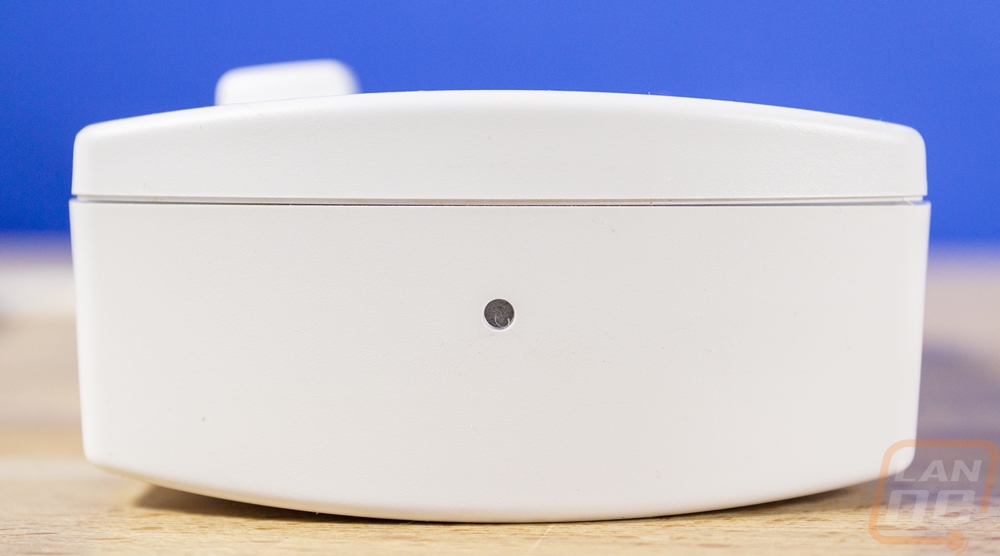 The top half of the WaterGuru Sense is designed to replace the top of your skimmer or in the case of in-ground pools replace the cover over the top of the cover on top of your skimmer. Officially it supports an 8-inch hole but they also make and sell an adapter which is for adapting to skimmers “other than the 8-inch diameter”. I do wish that was a little more descriptive as it does make it hard to know when shopping if you need the adapter or not and what the adapter will help you fit. Beyond that, the top portion of the Sense has a slightly bubbled shape and is bright white. It has two holes in the top which help you grab it and the WaterGuru name and logo embossed on the top. There is also a small bump which has a status LED hiding behind it. The top housing does come apart though it is hard to pull apart. Inside you have the serial number and information on the Sense as well as the tray which the included four C batteries all go into. 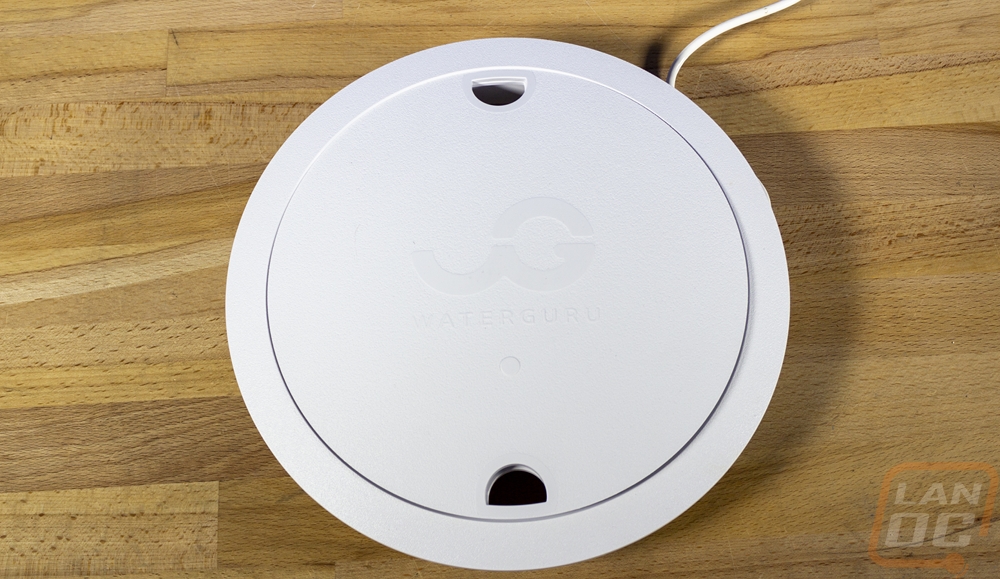 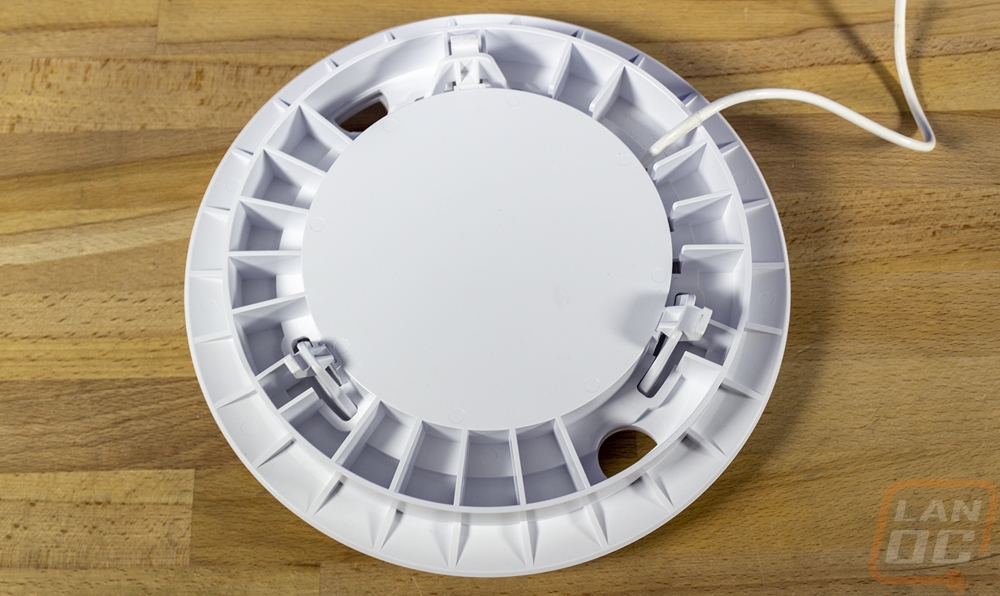 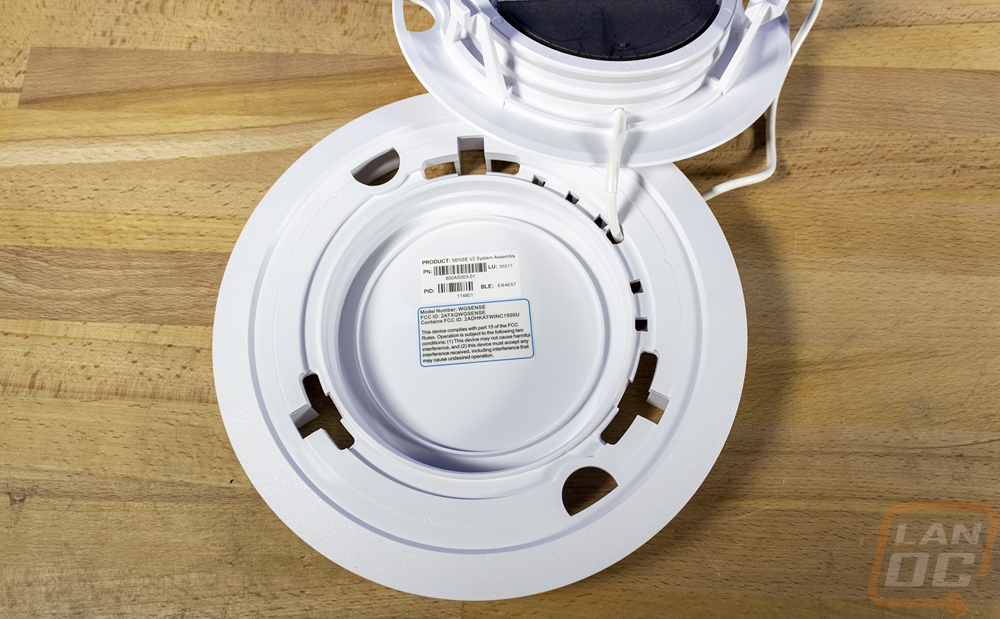 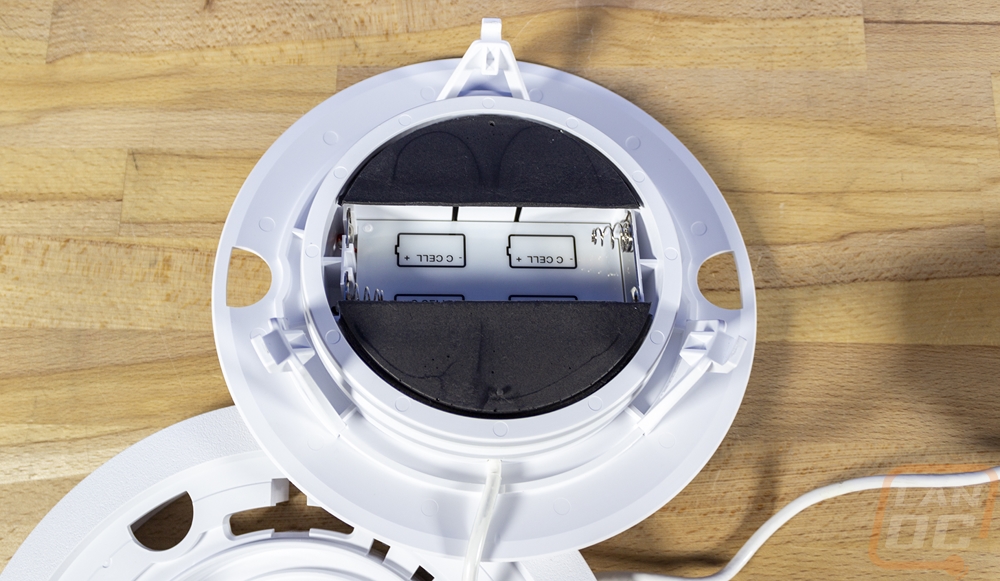 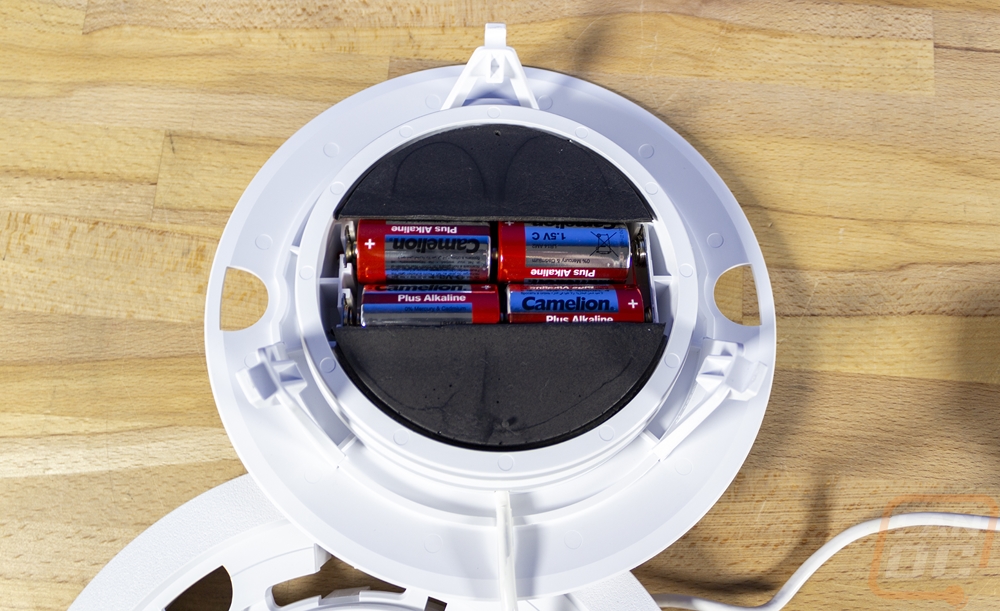 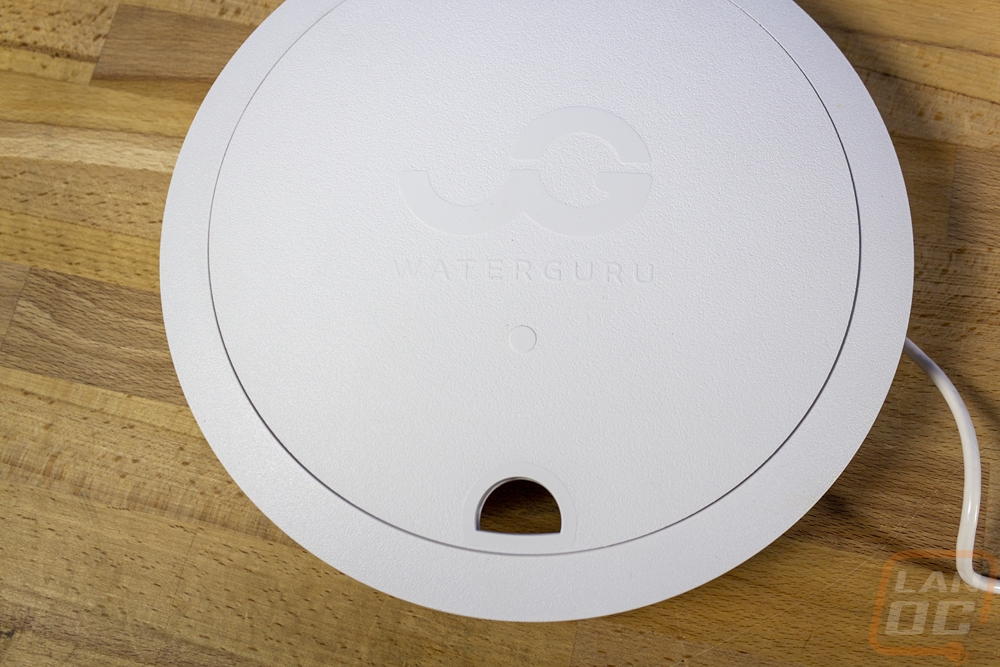 So along with the WaterGuru Sense, it does also come with one of its cartridges. Having looked at things on the WaterGuru website first I was surprised that the cartridge was black when the pictures of them to buy are white. I don’t know if they have changed at some point or if the one included with the Sense is different from what is available when you buy replacements. The color doesn’t matter as this will be inside of your skimmer anyhow but I was curious about the change. The bottom has a sticker with the UPC and part and serial numbers so that if there are issues they can be tracked down. Then on the end that slides into the Sense, there is a small hole with an impeller which I assume is how they pull in water. The cartridge reminds me of a VHS tape or old 110 film because there is a plastic strip that seems to have the different tests attached to it which is a cool way to do what is normally a manual task. 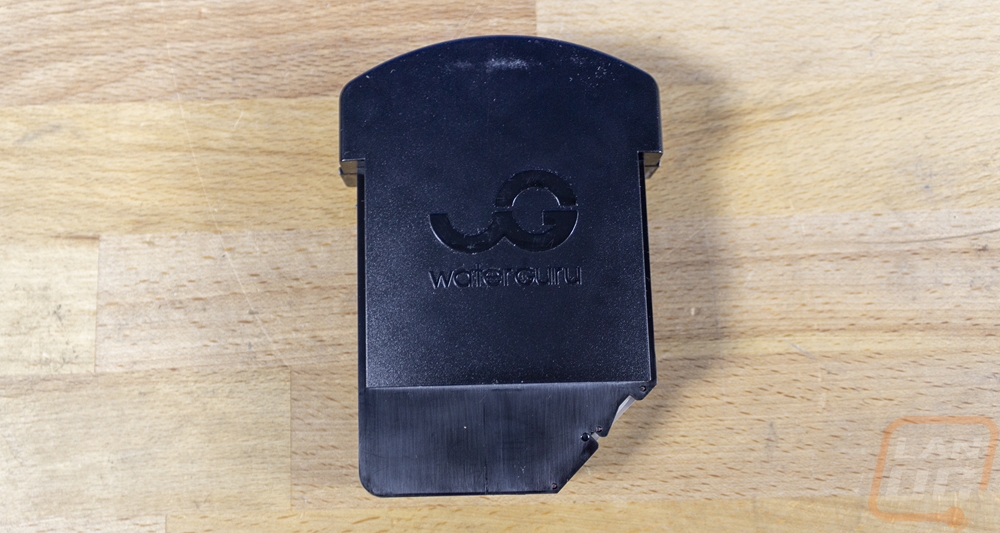 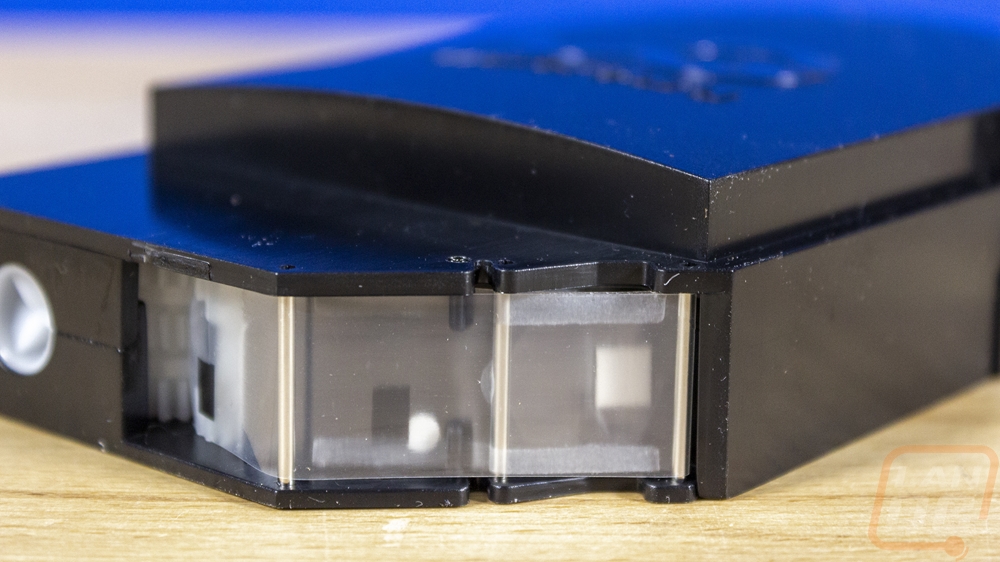