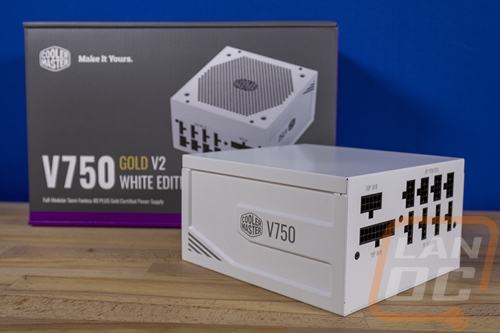 So I should mention, that normally we have a full performance testing section. But With power supplies, we don’t have the equipment to test power supplies for full benchmarking. Which Is also why I don’t give a final verdict. But I did at least put the V750 Gold V2 on our test bench using the Passmark Inline PSU Tester to get a preliminary round of testing in. All of the numbers looked good under a few different situations as you can see below, with the exception of the ripple on the 12v rails when the system was idling. This wasn’t an issue later when the CPU or GPU was under load, however. 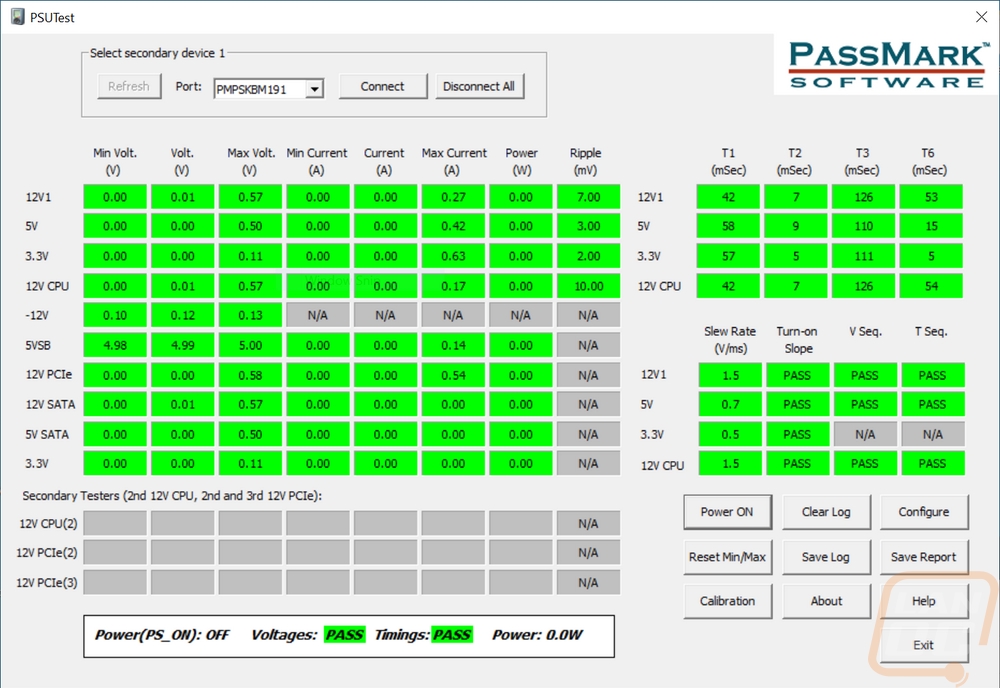 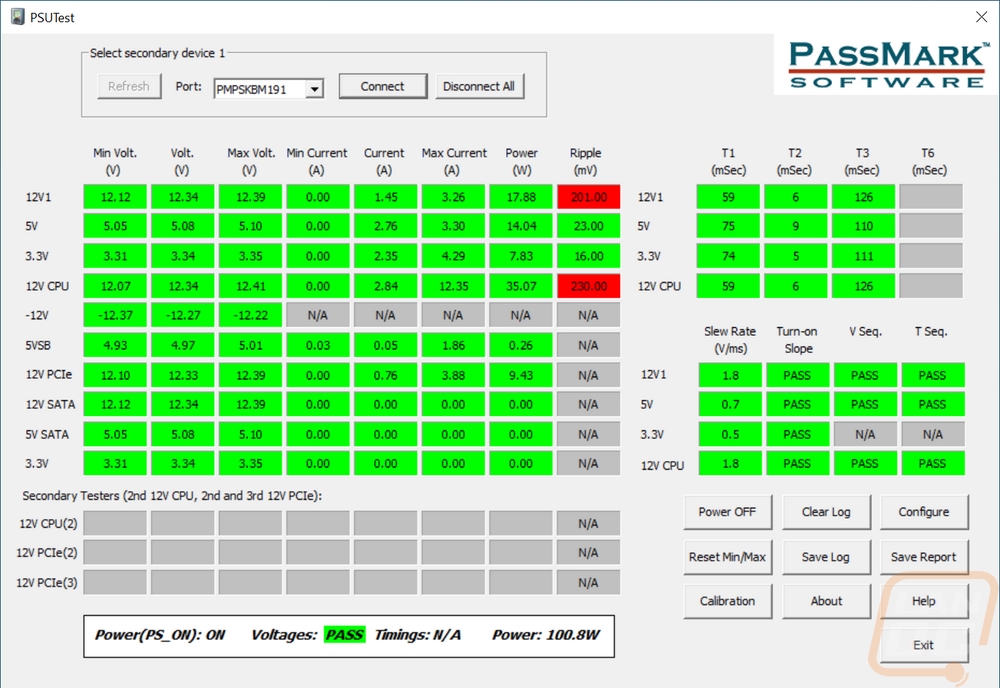 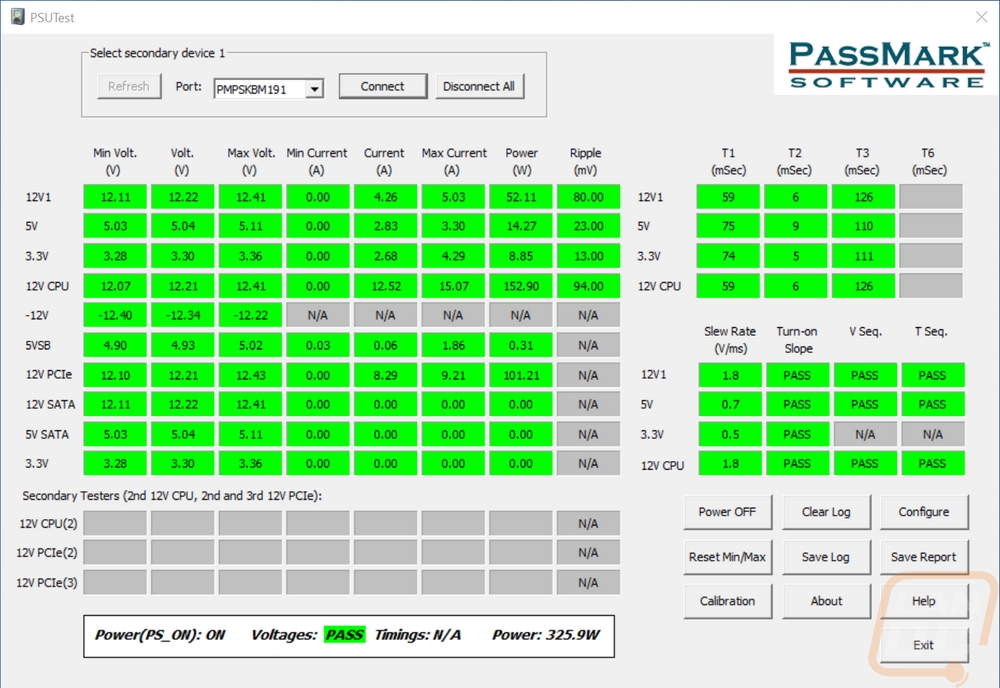 Keeping in mind that,  you should still look at other performance tests. There were a few aspects of the new V2 V series of power supplies that I like. Small details that you wouldn’t think much of like actually including a solid bag for the modular cables which used to be normal, but is now actually rare is nice to see. Cooler Master also did a great job on the wiring as a whole. They have an increase in wire gauge for one. But I especially like the nice white cables to match the new white PSU color. But I think the biggest improvement is in the warranty department. The old V series PSUs mostly had a 5-year warranty with the high-end Platinum model having a 7 year. Which makes the new 10-year warranty a huge improvement. This puts it up with what Corsair has on a lot of their power supplies as well.

Of course, pricing will make or break things. The V750 Gold V2 in white as I tested it has an MSRP of $139.99. Sadly the white model does sell at a premium, the black model is a little cheaper at $129.99. This is right in line with other 750 watt, gold-rated, modular power supplies from well known brands. In fact right now, with the availability of a lot of power supplies being limited the 139.99, even being $10 more than the black model is still the same price as the lowest comparable EVGA model on Newegg as I write this and that one is on a 3-day sale. So it looks like the V series from Cooler Master is going to continue to be a staple in Cooler Masters lineup.

You might call him obsessed or just a hardcore geek. Wes's obsession with gaming hardware and gadgets isn't anything new, he could be found taking things apart even as a child. When not poking around in PC's he can be found playing League of Legends, Awesomenauts, or Civilization 5 or watching a wide variety of TV shows and Movies. A car guy at heart, the same things that draw him into tweaking cars apply when building good looking fast computers. If you are interested in writing for Wes here at LanOC you can reach out to him directly using our contact form.
Discuss this article
Log in to comment
Posts in discussion: Cooler Master V750 Gold V2 White