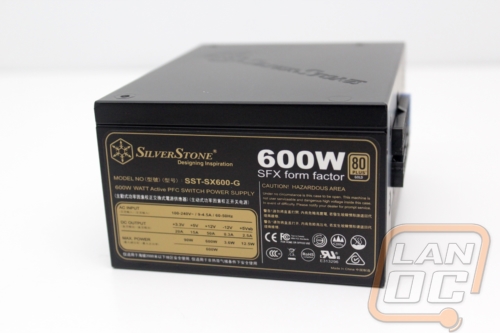 If you put the new 600 Watt SFX power supply’s box next to the older 450 Watt version you would have to take a closer look before you really noticed the differences. It has the same black and orange color scheme with flames in the background. The front of the box has a list of features highlighted along with a photo of the power supply. Really on the cover you will most likely only catch that the wattage is higher and also the new gold 80 Plus ranking. They slipped a short specification listing onto the side of the box with a few details like dimensions, color, and what type of fan is used. The back of the box is focused on a few graphs showing its official 80 Plus Gold efficiency graph and a few other performance graphs. 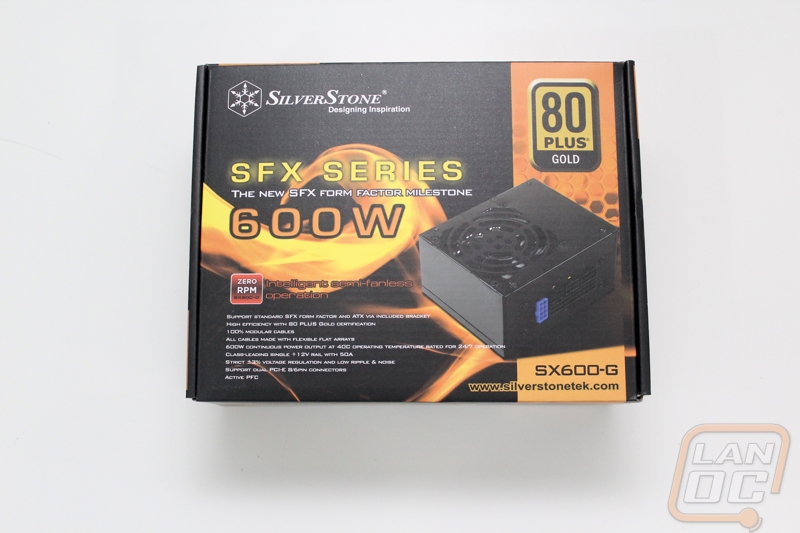 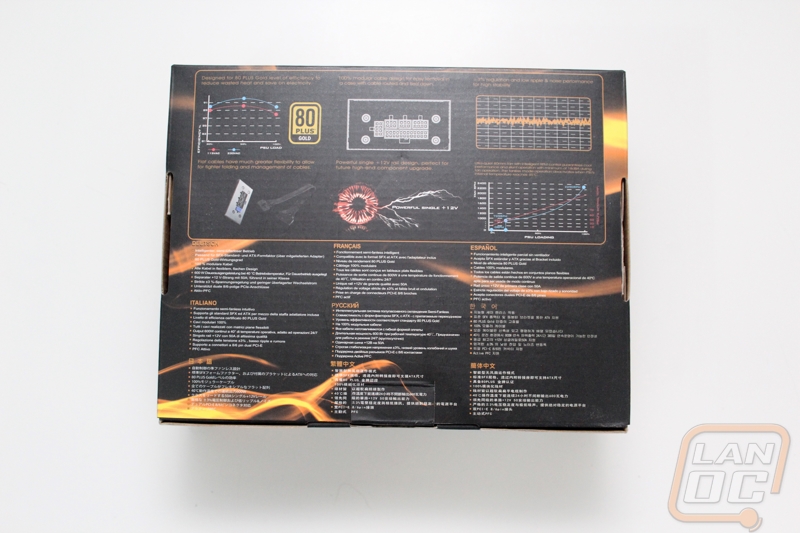 Inside the box the power supply comes wrapped up in bubble wrap to keep it safe. Along side of it you get a bundle of cables but I will go into detail on those in the next section. Silverstone also includes a small bag of screws and an adapter plate to go from a standard ATX hole to SFX. As I mentioned on the previous SFX power supply, I would prefer them to at least paint or powder coat that adapter, when I used it on the Lunchbox 2 I had to have it powder coated black so it wouldn’t stand out. You also get a little bit of documentation as well in the form of a small user guide and a paper on this being a new wattage milestone for such a small size. 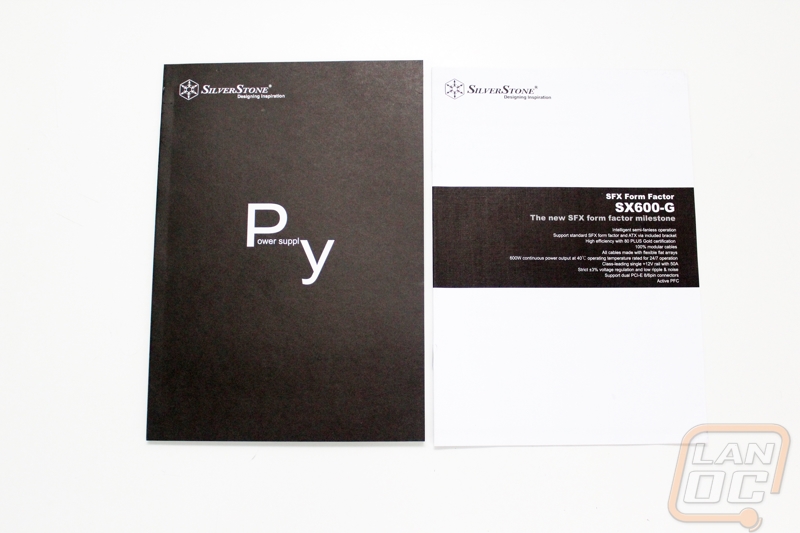 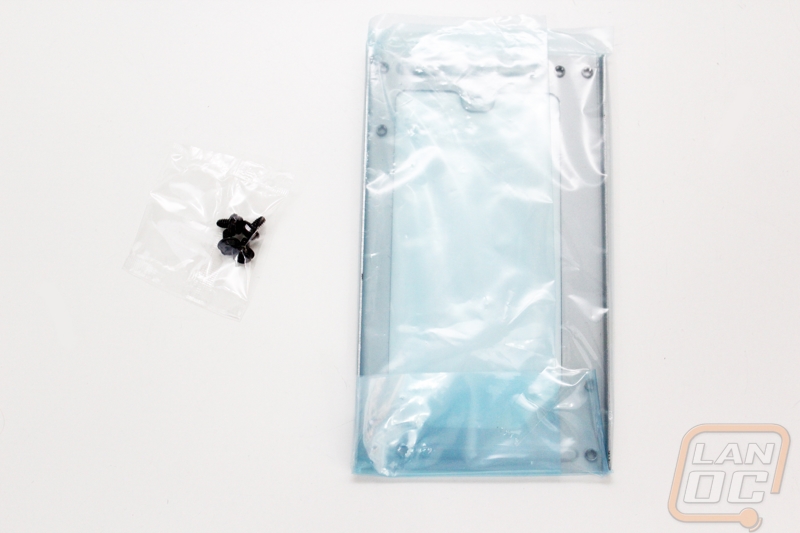