In the power supply world, most people end up buying far too much power supply for their builds. Part of this is with the hope of upgrading to a second hard in the future and sometimes it’s because they don’t know any better. On our video test bench for example we run a 1200 watt power supply, but even then we found ourselves scrambling for adapters and hoping we wouldn’t push the power supply too far when we tossed four HD 7970’s in quadfire on it. With a TDP of 250 Watts for each card and our I7-3960x itself with a TDP of 130 watts we were already pushing it. That doesn’t even count in power for the motherboard itself as well as memory, disc drives, cooling, ect. It’s clear than in some cases there is a need for a power supply larger than 1200 watts, even if the market is limited. Cooler Master introduced their Silent Pro M2 line today including a 1500 watt monster, we are going to take a sneak peak at what they have to offer. 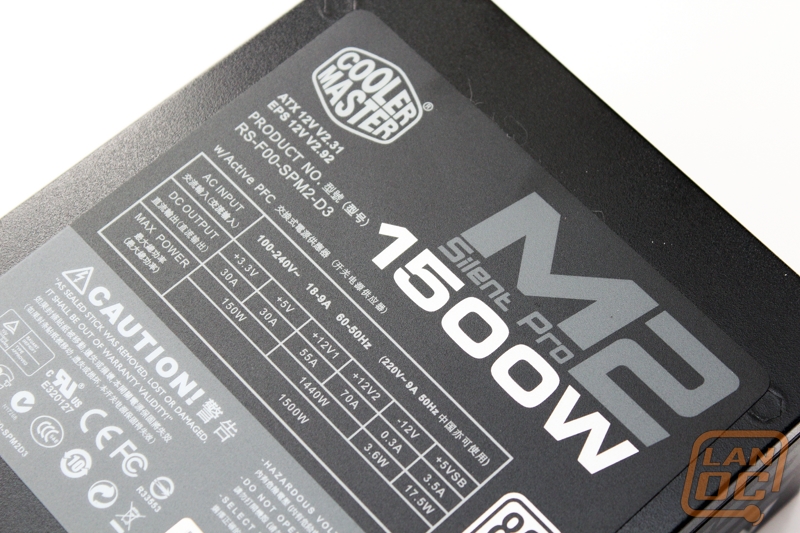 Even though the front of the box has a lightning, it’s still easy to spot that this is a Cooler Master product. The white and purple design shows through the flair added to the front. Of course the M2 Silent Pro parts, as well as the 1500W, are by far the most dominating parts of the packaging. That is until you pick the box us at least, this box weighs a ton. Around back they have graphed out how the Silent Pro M2 1500W’s fan will speed up as load is increased, meaning nearly silent performance until almost 50% load, aka 750 watts. They have also included an efficiency graph showing the efficiency curve. It’s interesting to see in this case because you see peak efficiency around the 50%/750 watt mark as well. They also included a full specifications listing and power breakdown on the side of the box. This power supply pushes a whopping 1440 watts to the 12 volt circuit for example. 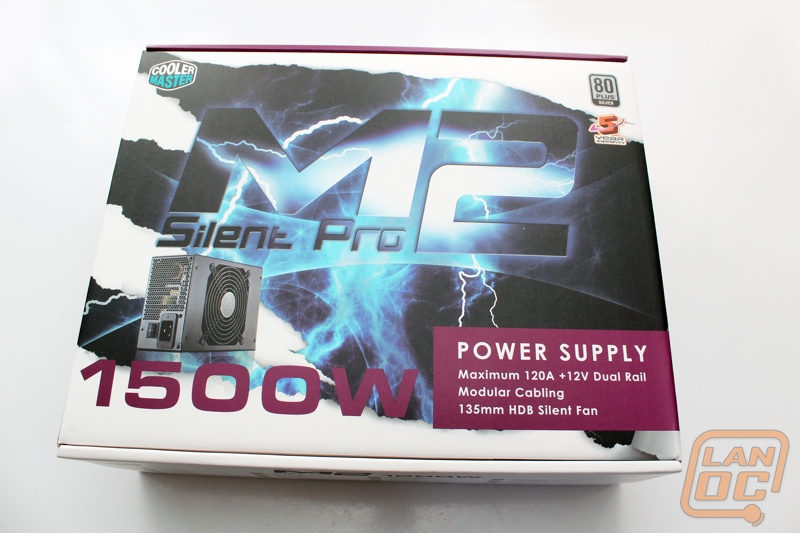 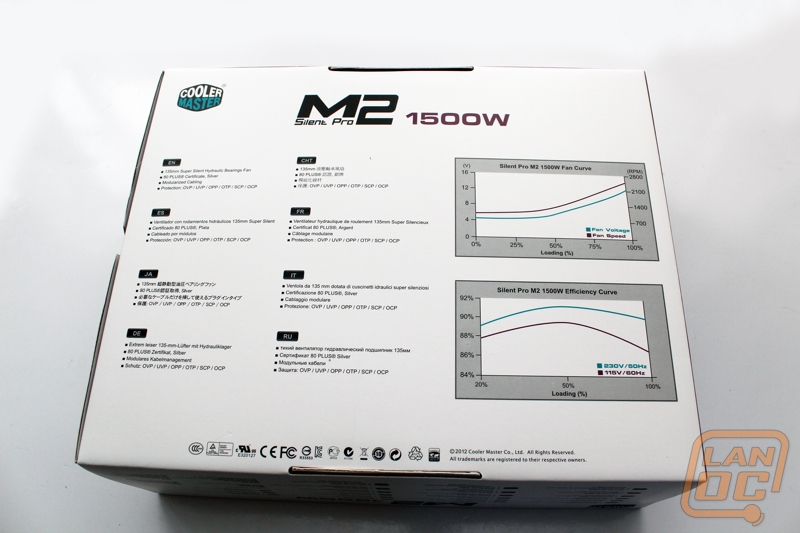 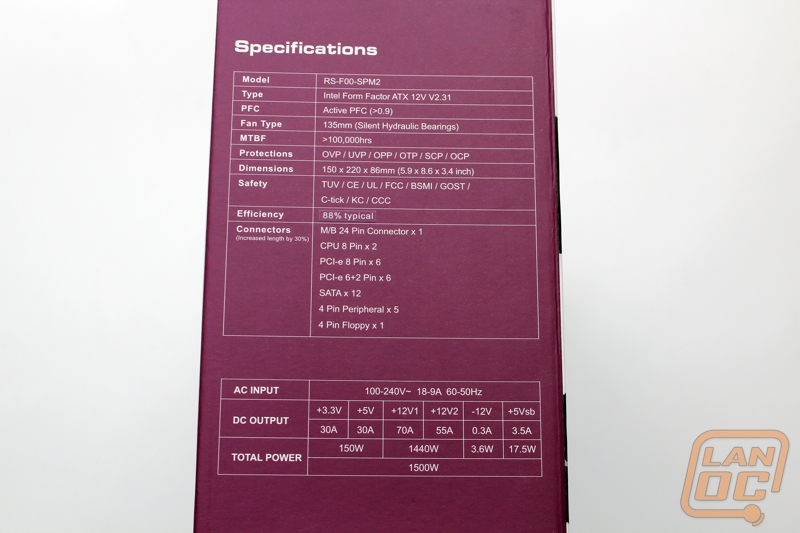 Inside everything is secured and protected by foam. The Silent Pro M2 1500W’s instructions and documentation comes right on top but is very small. If you need a power supply of this size, you really shouldn’t have much need for them anyhow. Under that you can see the power supply itself is wrapped in plastic and packed with all of the cables tied up nice and neat. This will be the last time this monster looks so nice and neat though! 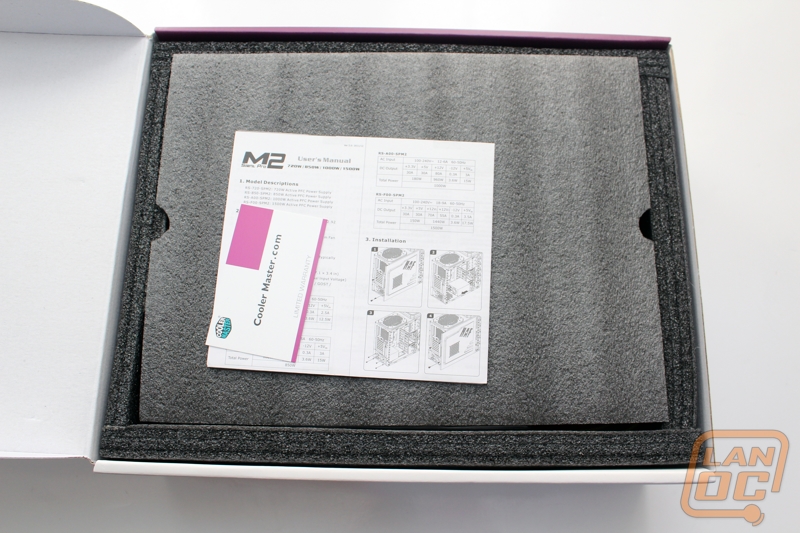 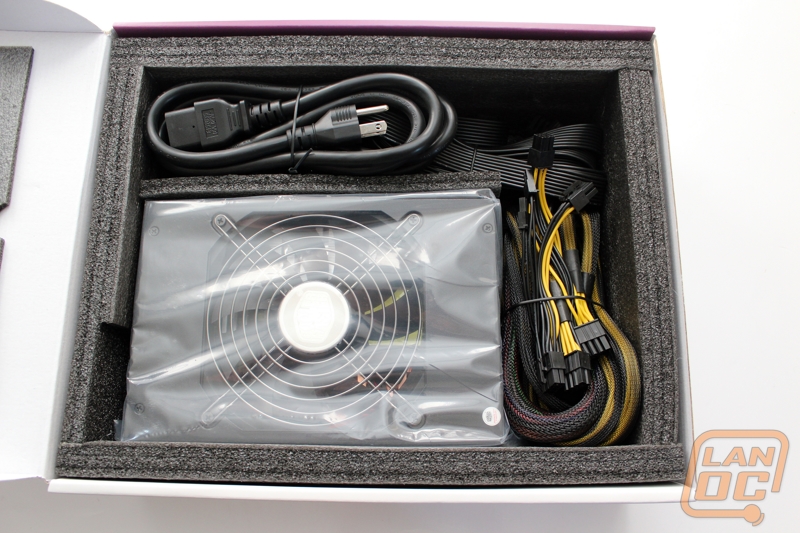 What it’s all about

Having said that, my first impressions when taking the power supply out of the box, this thing is HUGE. Our 1200 watt power supplies aren’t small by any means, but as you can see by the distance between the edges of the fan to each end, this is much longer than the average power supply. Finding cases to fit the Silent Pro M2 1500W is going to be a little difficult, but to be fair if you need this power supply you will already be looking for a large case to fit your 3 to 4 video cards. 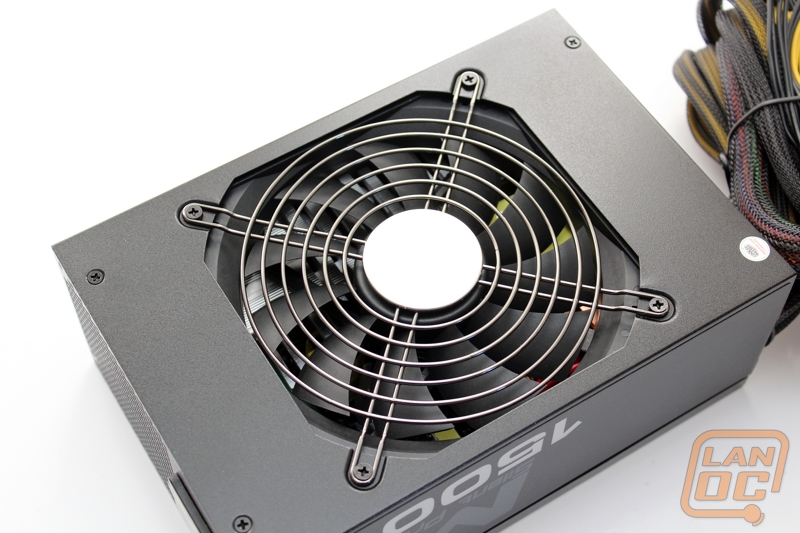 Much like a lot of the other power supplies on the market the Silent Pro M2 1500W uses a hybrid modular design meaning only some of the cables are modular. Normally this is just the 24 pin power connection and one or two 8 pin CPU power plugs. For the Silent Pro M2 1500W you actually have a large amount of non-modular cables.  On top of the 24 pin power connection you have two 8 pin CPU’s and a whopping three PCI Express cables. Each cable has one 8 pin along with an 8/6 pin daisy chained off of it. From a wiring perspective this design is great, you only have to run one wire per video card for its two connections, but if you needed two 6 pin plugs this isn’t going to work out for you. They are able to do this by running a larger gauge wire from the power supply to the 8 pin and then a standard gauge wire from the 8 pin to the 6/8 pin. The larger gauge wire helps carry twice the load. 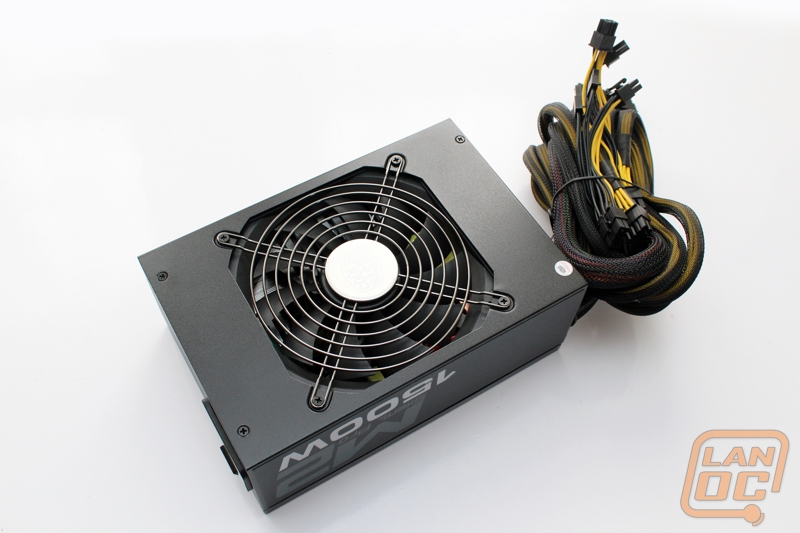 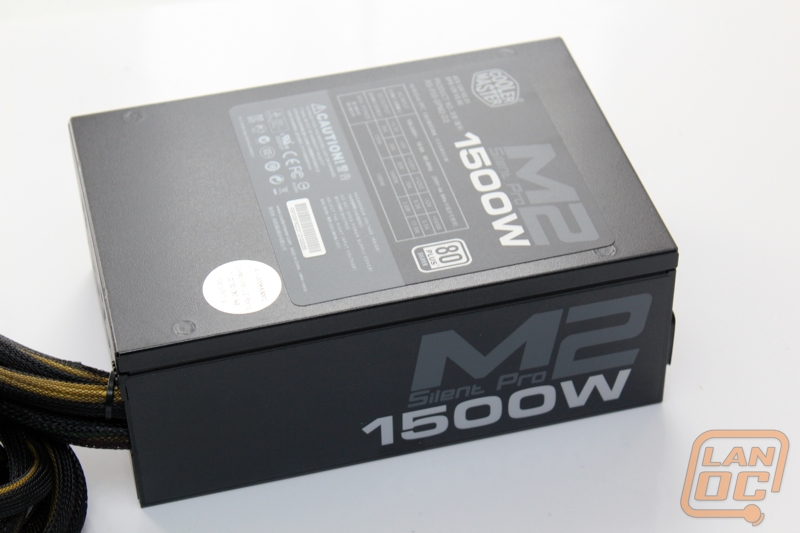 Don’t worry though you have a few other connection possibilities, but everything else is modular meaning you won’t have to use them if you don’t need it. On the power supply itself you have six more six pin connections as well as five of their five pin plugs that power molex and SATA power. When digging into the collection of cables included with the Silent Pro M2 1500W we actually have four cables that plug into the 6 pin ports. Three of those cables are combination 8 pin + 6/8 pin cables and the fourth is a 6/8 + 6/8. So when you do the math this power supply has enough PCI connections hooked up at any one point to power six high end video cards. Of course even with 1500 watts, it wouldn't have the power to push anything beyond 6 x250 watts. What these extra connections help with (beyond your fourth card for SLI or crossfire) is the 6 pin power connections we have started to see pop up on high end motherboards. 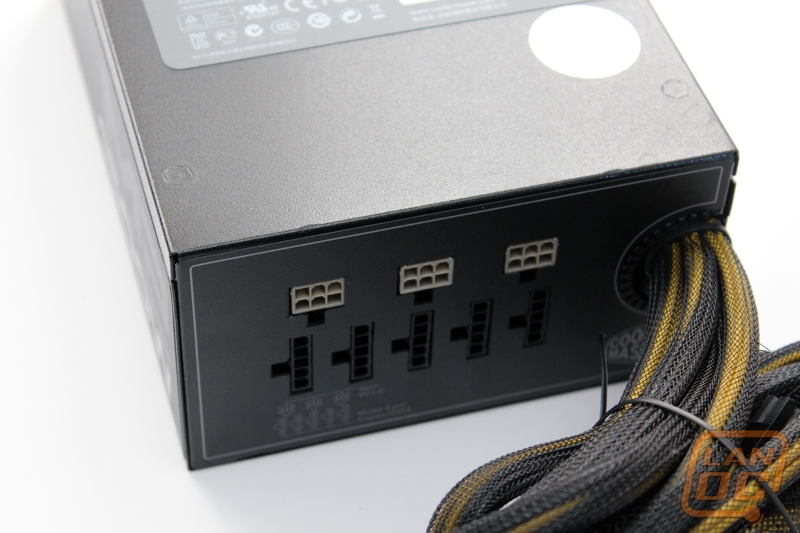 We mentioned before the five accessory power plugs as well. Unlike the 6 pin plugs, the power supply only comes with the exact amount of cables to match the plugs provided. But you get a staggering amount of connections out of those 5 plugs. You have a total of x 12 SATA, x5 Molex and one 4 Pin Floppy. That should be more than enough to power anything any one rig will have, short of a 20+ hard drive file server. 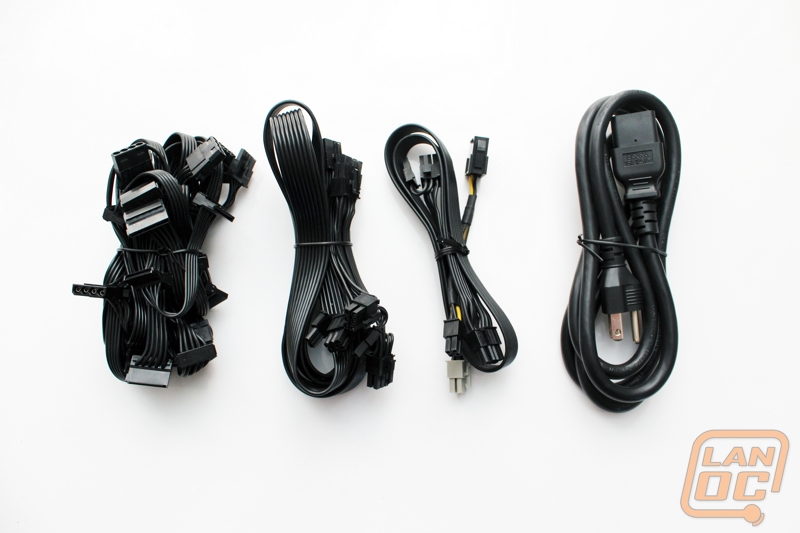 As with previous Cooler Master Power supplies that we have had, all of the modular cables use a very thin and flexible cable design that we love when trying to hide cables. By laying each cable out flat they are able to make a cable that fits between the side panel of most cases and the motherboard tray much easier. This should be a requirement with EVERY power supply. They make life much easier. My only complaint is that there isn't a similar design to make the 24 pin cable a little easier to route. 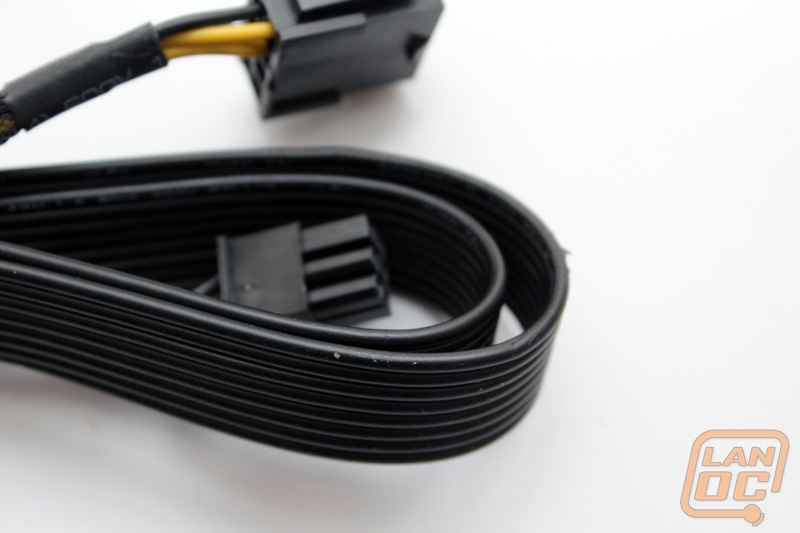 After sorting through all of the cables we did find one more small adapter that was included with the Silent Pro M2 1500W. Cooler Master slipped in an 8 pin to four pin adapter just in case the motherboard you are using with this power supply only uses a 4 pin, or like a few boards we have seen, one 8 pin and one 4 pin. Because the 8 pin cables they have don’t split like on some other power supplies, this cable is very important.

Last but far from least, we have to look at the power supply’s power cable. Much like other 1200 watt power supplies, this monster requires a special cable design to prevent you from hooking up a cable that isn't large enough gauge to handle the power. This isn't an issue as long as you don’t lose the cable, but in my case, I have needed an extra a few times. I wish we could find this cable size more available for sale apart from these giant power supplies. It would make unhooking and hooking back up before and after LAN parties much easier. 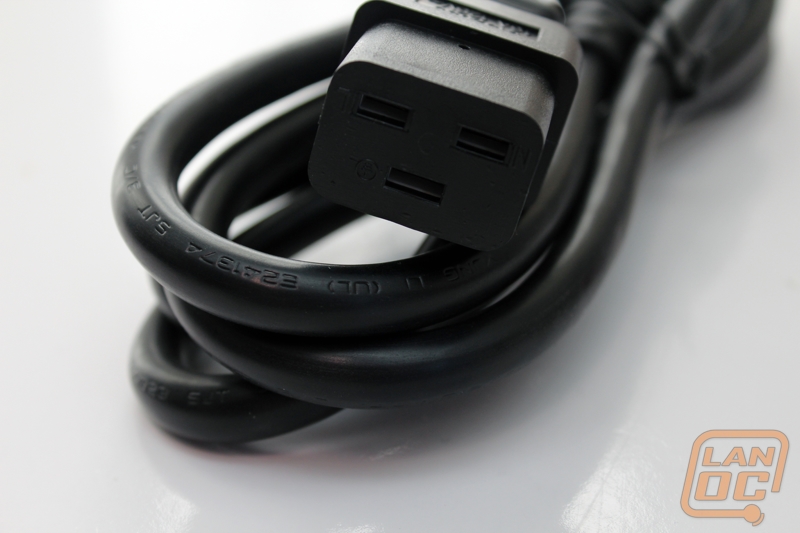 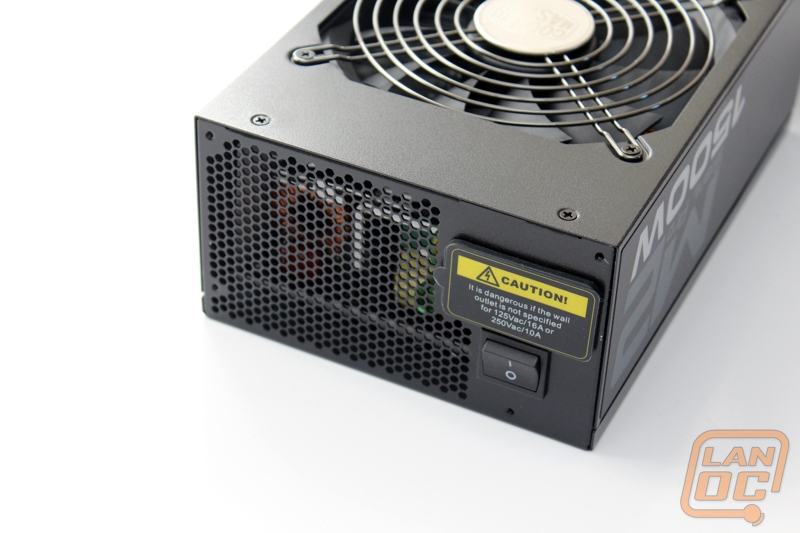 So what do we think of the Silent Pro M2 1500W? Without a doubt Cooler Master built a monster power supply. The difference in PCI connections from our 1200 watt power supply to this monster is staggering and worth the price of admission alone. If you are planning on running four video cards, your options are very limited. Normally the best option is to just run two power supplies. In this case Cooler Master has given another option. There is enough flexibility in its connections that you should be able to power both four video cards, and have enough left over for all of the various connections today’s high end motherboards require. If this power supply performs as well as promised, it will be a great addition to any monster build or test bench. Now our biggest dilemma is should we put it on our test bench or use it with the 16 core, quadfire monster project build we are about to start on.  If you are considering this one, with an MSRP of $399, its a little higher priced than the only other 1500 watt PSU on newegg. But with a lot more connection possibilities and a quiet fan it is still a good buy. 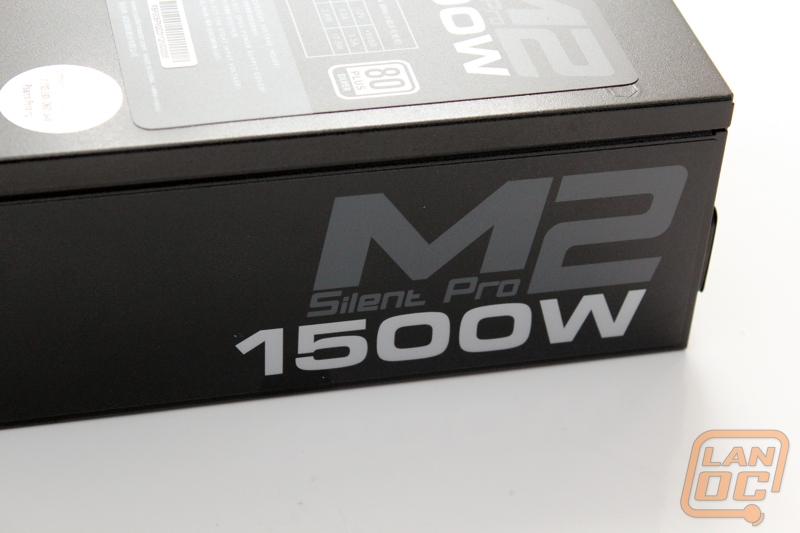 You might call him obsessed or just a hardcore geek. Wes's obsession with gaming hardware and gadgets isn't anything new, he could be found taking things apart even as a child. When not poking around in PC's he can be found playing League of Legends, Awesomenauts, or Civilization 5 or watching a wide variety of TV shows and Movies. A car guy at heart, the same things that draw him into tweaking cars apply when building good looking fast computers. If you are interested in writing for Wes here at LanOC you can reach out to him directly using our contact form.
Discuss this article
Log in to comment
Posts in discussion: Cooler Master Silent Pro M2 1500W