When it comes to power supplies, you may or may not know the name Ultra. Ultra is known for selling affordable power supplies with a few extra design elements thrown in (power supply with a window and lighting anyone?). Having heard of them or not you are going to want to take note, they released a new series of power supplies that have been getting high marks from some of our friends. With us being backed up with work, we are just now getting to testing ours out. Here is what we found out.

When both the 500 watt and 850 watt power supplies came in I was shocked to see the side of the packaging. They both come in a box that is almost twice the size of other high-end power supply’s. The front of the packaging includes a picture of the power supply along with a full breakdown of how many connectors is comes with. On the back you will find a full specification listing along with pictures of the included cable carrying case, vibration dampener, and thumb screws. Inside the manual is right up top along with all of the included accessories (screws, thumbscrews, vibration dampener, and zip ties).  Diving father into the large box I found the power supply packed in almost two inches of padding to keep it well protected. All of the cables (including the power cable) were packed away in their carrying case to keep them organized and prevent you from losing any in the future. 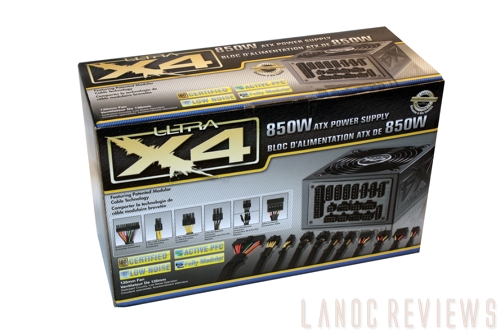 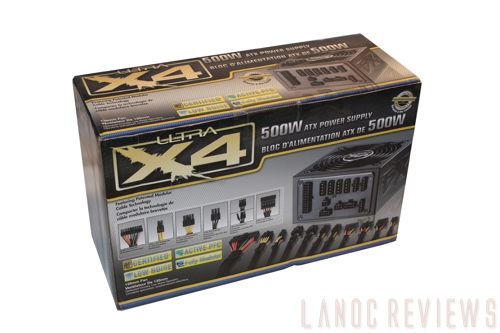 Without going into the boring details of installing a power supply, a few things about the X4’s did stand out. The most notable is the full modular design. Every single cable down to the 24 pin is modular. What that means for you is that while installing any of the X4 power supplies you won’t have to worry about hiding unused cables like an extra 4 or 8 pin connector like on most modular power supplies. The other feature Ultra included that was interesting to see was the thumbscrews they included along with the screws you would normally expect. I was a little disappointed that the X4 didn’t have the thin easy to hide cables that you find on Corsair's power supplies, the first time I saw that type of cable was on an Ultra power supply. But even without them the X4 cables were easy to move around and not to thick, not to mention the black sleeving looks sharp. While digging around the cable bags I found a nice surprise included in both the 500 watt and 850 watt power supplies. Ultra included an adapter from one Molex too two fan connectors, not only will it help power a few fans, it also matches the other sleeving. 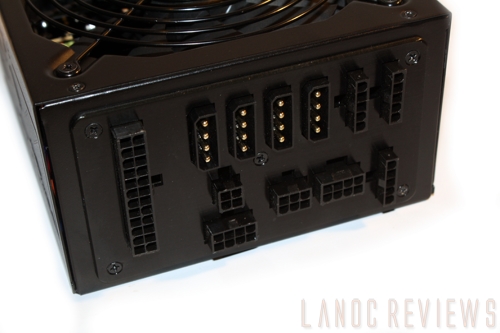 In order to test the performance of Ultra's power supplies I installed them into our i7 test rig and ran our normal power supply test. Our test consists of putting the power supply under load while running 3DMark Vantage and watching the 3.3v, 5v, and 12v rails to see how performs. Here are the results. 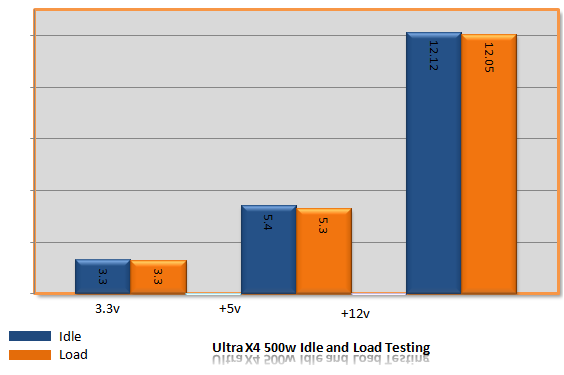 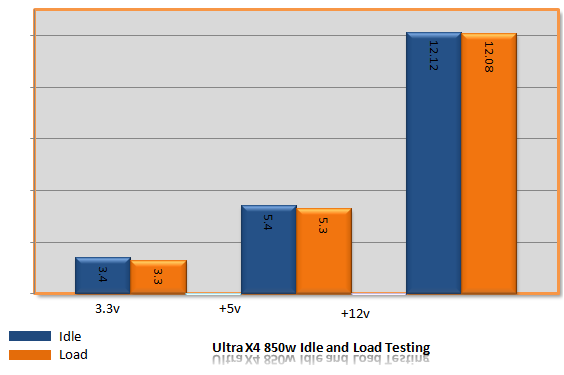 As you can see both power supplies performed well enough. The 500 watt obviously took a little more of a hit while under load than the 850-watt. With our test rig being a respectable i7 rig the 500 watts is being pushed a little harder than the 850 watt.  The 850 sports a 80 Plus Silver rating with an 89.10% efficiency and the 500 watt variation comes in at 86.06% for an 80 Plus Bronze. Both ratings are very impressive and show that Ultra has used good quality parts to manufacture them. 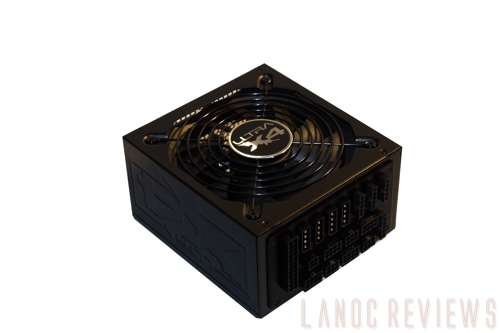 Ultra didn't include any of the fancy lighting or windows that I have seen in some of their past power supplies. Instead they focused on quality not flashy gimmicks. The modular design was great too work with.  However, my only complaint was the lack of the thin easy to route cables that Ultra has used on some of their past power supplies. That said, I had no trouble with either power supply during testing and with high marks from 80 plus test rating,  I'm sure you will be happy with their efficiency also. The large 135mm fan they packed into both power supplies also did a great job keeping things cool and quite. The price I am seeing the X4 online at this time is a little on the high side compared to its competitors although that could always change. 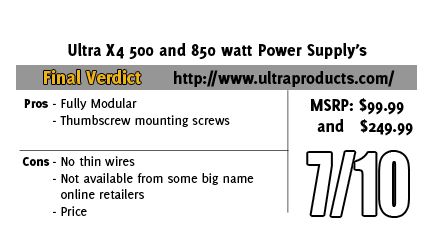 You might call him obsessed or just a hardcore geek. Wes's obsession with gaming hardware and gadgets isn't anything new, he could be found taking things apart even as a child. When not poking around in PC's he can be found playing League of Legends, Awesomenauts, or Civilization 5 or watching a wide variety of TV shows and Movies. A car guy at heart, the same things that draw him into tweaking cars apply when building good looking fast computers. If you are interested in writing for Wes here at LanOC you can reach out to him directly using our contact form.
Discuss this article
Log in to comment
Posts in discussion: Ultra X4 500 and 850 watt Power Supply’s