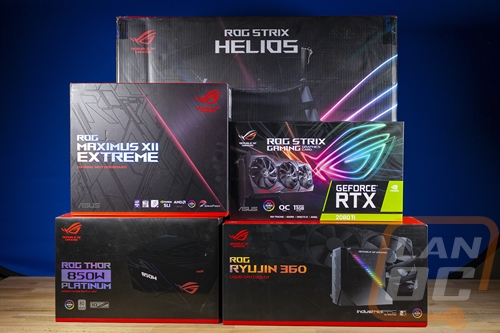 The number of non-Asus components in the build is very small. These are things that Asus doesn’t make. So we have the CPU and the memory. Asus does partner with a few different companies on the memory side of things and I even have a set of TUF memory from Crucial that I had originally planned on using in this build when I was going to go with the TUF case. But frankly, I don’t have a TUF video card and the ROG power supply and water cooling wouldn’t go with it as well either.

So for memory, I just stuck with the Corsair Dominator Platinum RGB 16GB 3000MHz kit that I have been using with our Z490 test bench. I reviewed them back in 2019. They have integrated RGB lighting that supports Asus Aura control and the all-black look matches everything as well. Not to mention, while not a monster kit, it isn’t a bad kit with its CAS latency of 15. 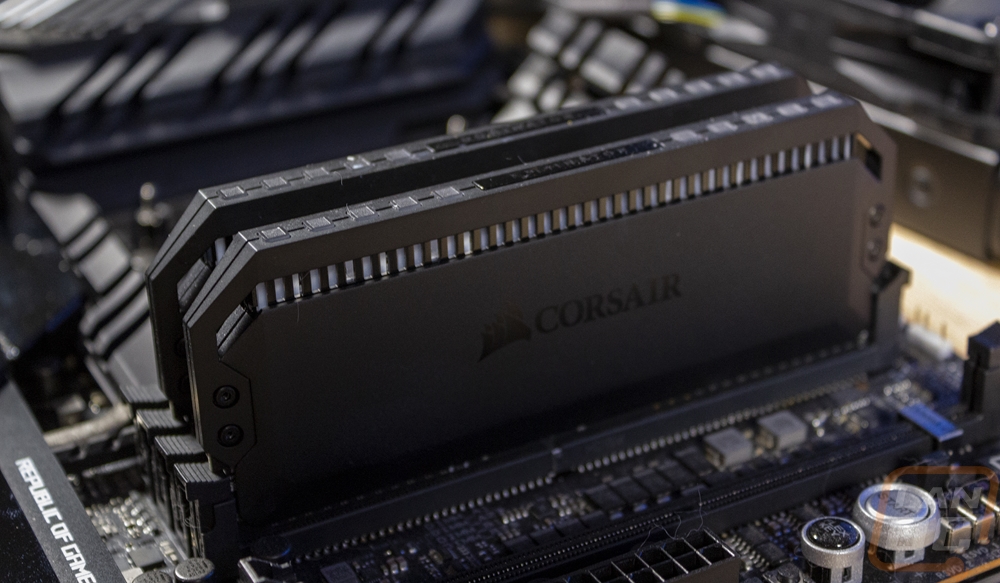 As for the CPU, by now you might be wondering why the crazy ROG build doesn’t have a shiny new AMD 5950X or 5900X, well this was started before those were announced. But I also don’t have them yet as well. So I stuck with the next best thing (for gaming) which is the Intel Core i9-10900K which I covered earlier this year. It complements the gaming-focused build and takes advantage of the big 360mm AIO cooling as well. 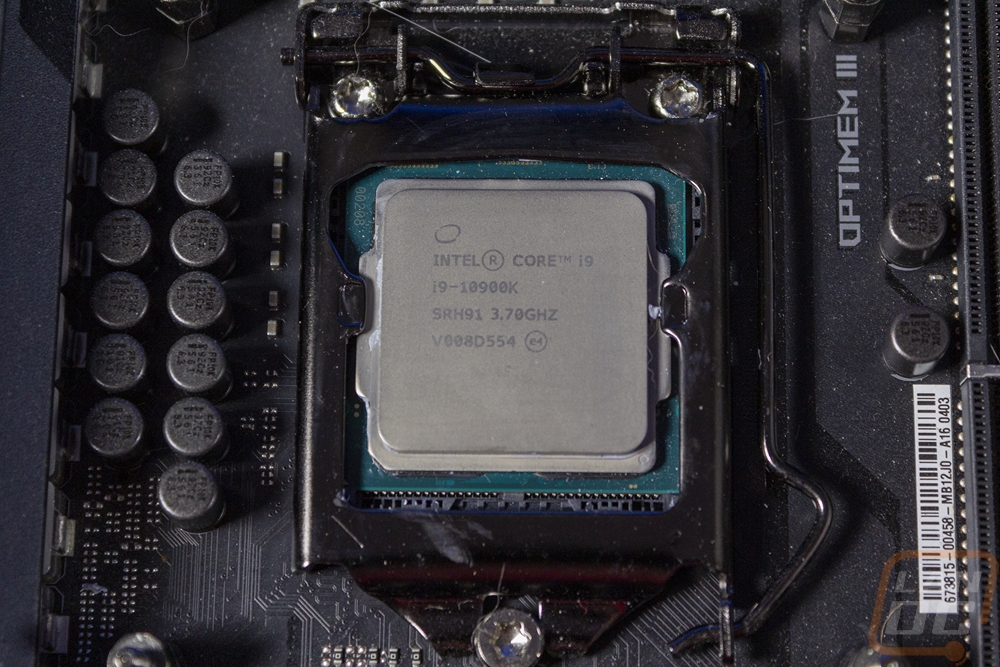 For storage, I went with the SSD that we use for our Z490 testbench which is the always quick SN750 from Western Digital. This kept things simple because it was already set up, but even without that, it would have been on my short list with Z490 not currently supporting PCI 4.0 devices and the SN750 being a fast PCI 3.0 drive.