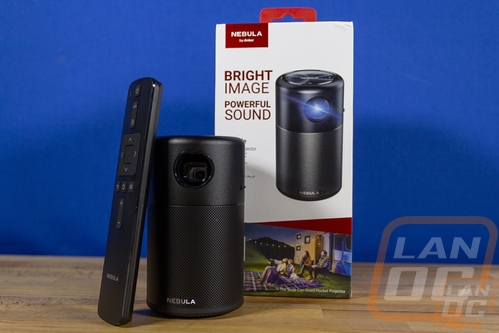 For testing the Nebula Capsule I have been putting the mini projector to use all around the house trying to get a feel for it. One thing I can say for sure is it is extremely compact and it is the size of a soda can. Where I imagine this coming in handy is with a family traveling or camping where you might want to tuck the Capsule away just in case the kids need a distraction. The tube-shaped design is how they are able to have 360-degree audio with the built-in 5-watt speaker and it does that well even if you are holding the Capsule and blocking some of the mesh. Do be careful with the vent holes in the top of the back, you will need those unobstructed to keep the fan working for the projector or it will overheat. The 5-watt speaker setup isn’t anything compared to a huge Bluetooth speaker but given its size, the Capsule doesn’t sound bad and you can switch to Bluetooth speaker mode and just use it as a portable speaker as well. 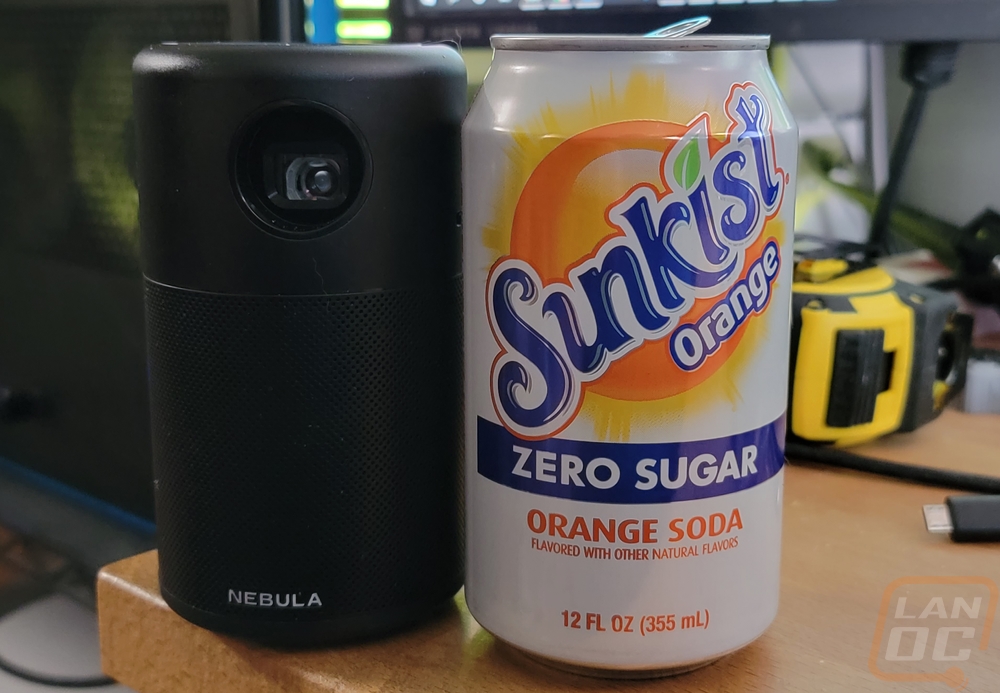 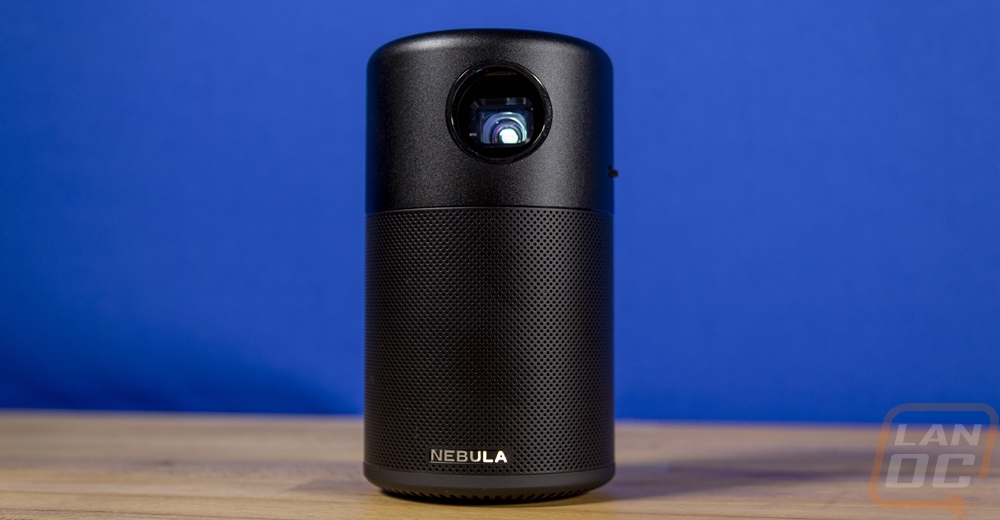 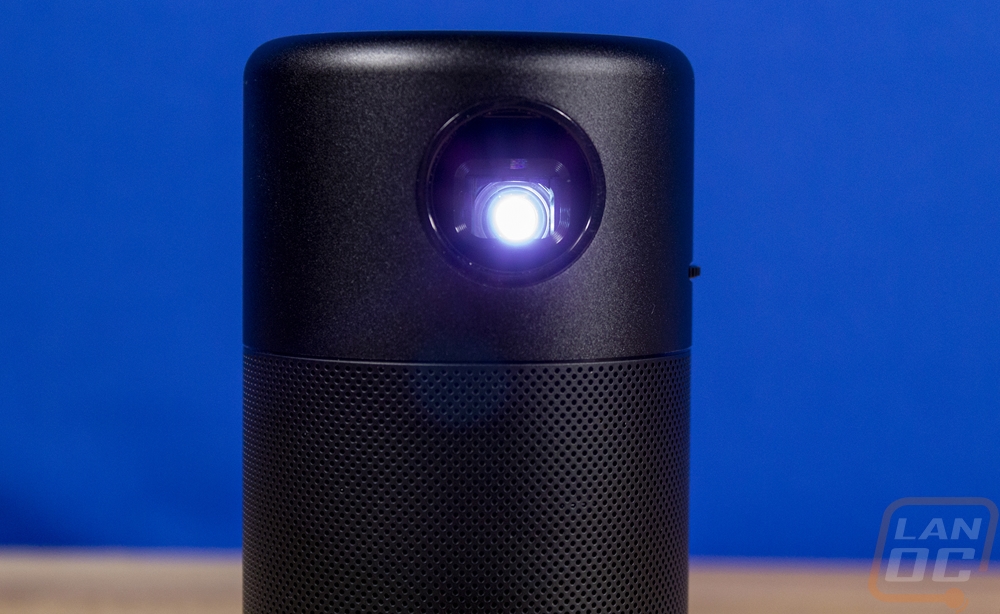 The nice thing about the portability here is for some of my benchmarking I was able to take the Capsule and just lay on the couch in the living room and project it up onto the ceiling. When doing this I did put the auto keystone to the test and it isn’t a big fan of trying to project up in the air, if you are fully straight up it works but at a 45-degree angle, for example, it would get mixed up and correct it the front direction. Slightly down and slightly up would be okay. The other thing about the auto keystone that I didn’t like was that with it on you can’t adjust the horizontal keystone which is weird because the auto doesn’t adjust the horizontal at all. If you are projecting anything but directly ahead you will have to manually keystone it all.

So the Capsule came out back in 2016 and with that, the Android OS that it runs is dated, it comes with Android 7. This wouldn’t be a big deal but Nougat stopped receiving security updates back in late 2019, so at this point, you need to be especially careful that it doesn’t get compromised. Of course with a quad-core A7 chipset and an Adreno 304 GPU all stored on 8GB total of eMMC and 1GB of DDR3 RAM the Capsule isn’t going to have the power to get OS upgrades as well so I do understand why Nebula hasn’t done it. 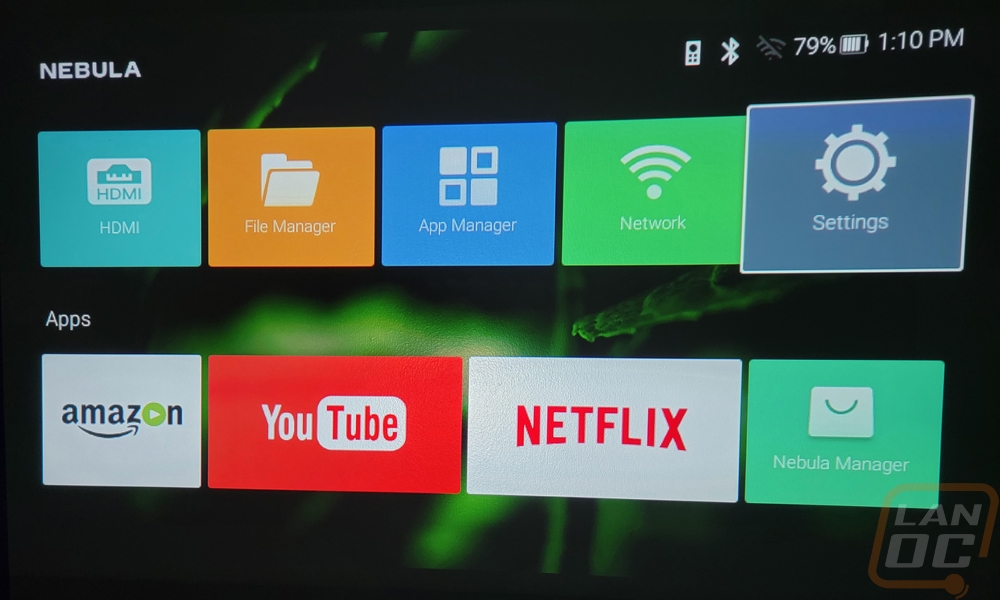 With the Android 7 install it also is limited when you first buy the Capsule to the apps installed which include an Amazon Prime TV app, YouTube, and Netflix. You also have a Nebula Appstore that has more apps as you can see below but it is a limited selection and a few things that I would want to use the most on the Capsule aren’t available for example Plex. You do get the blockbuster app though lol. 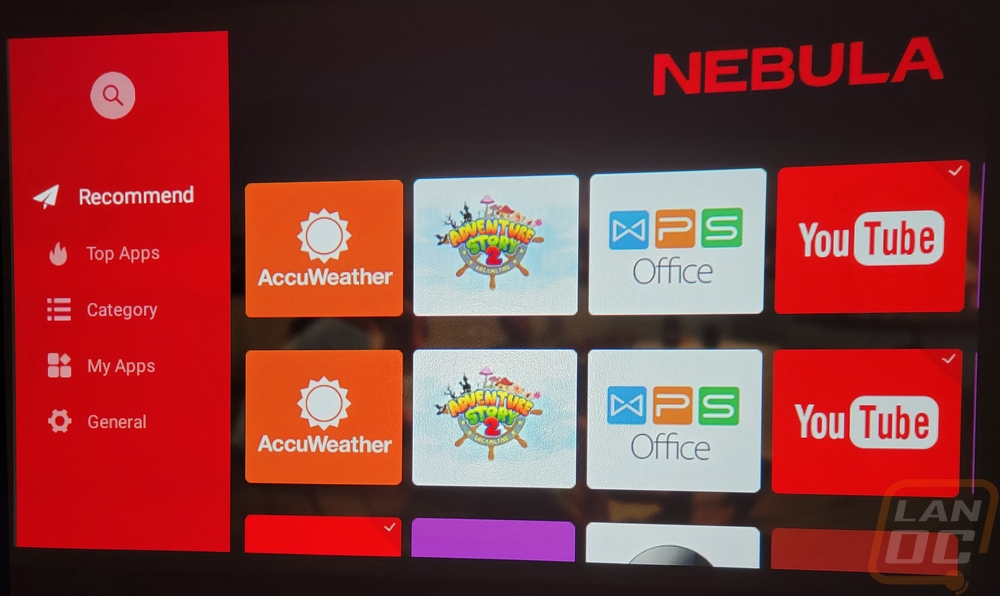 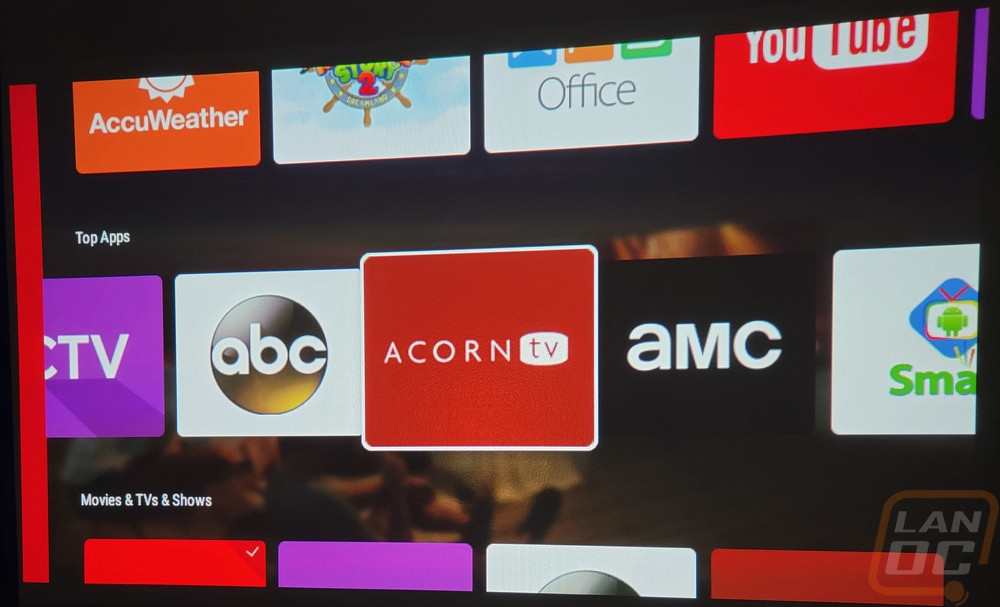 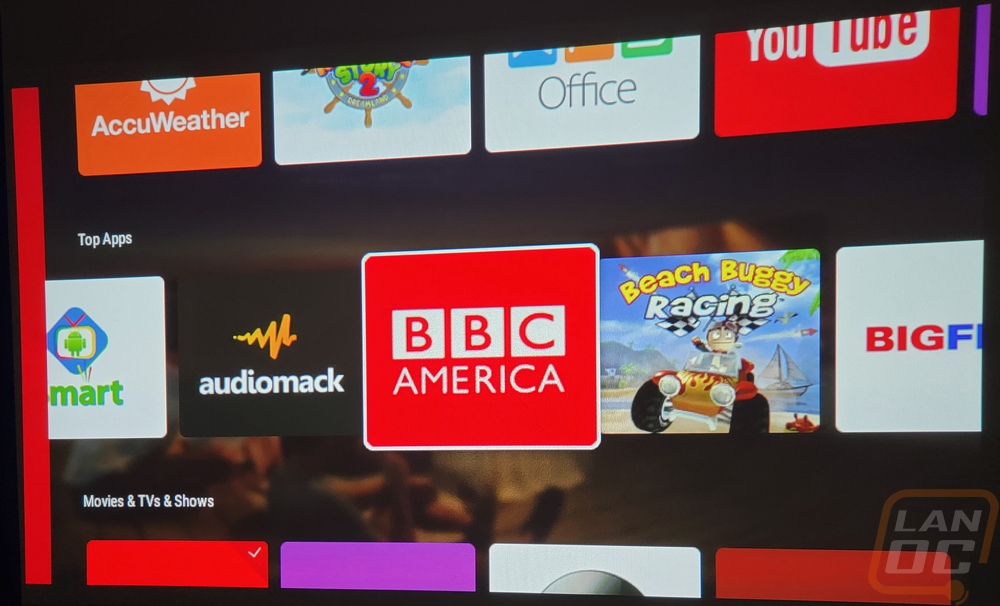 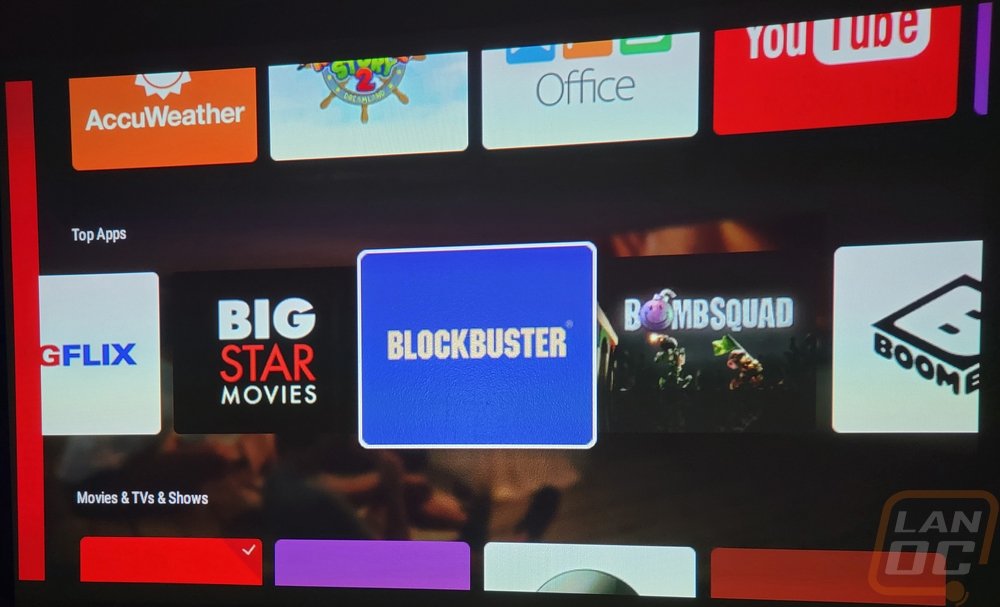 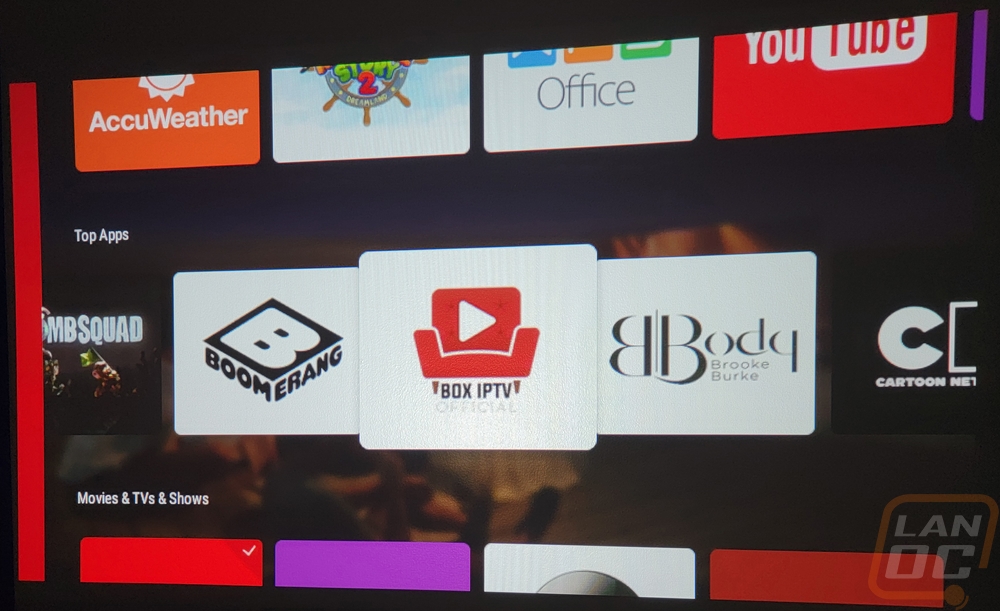 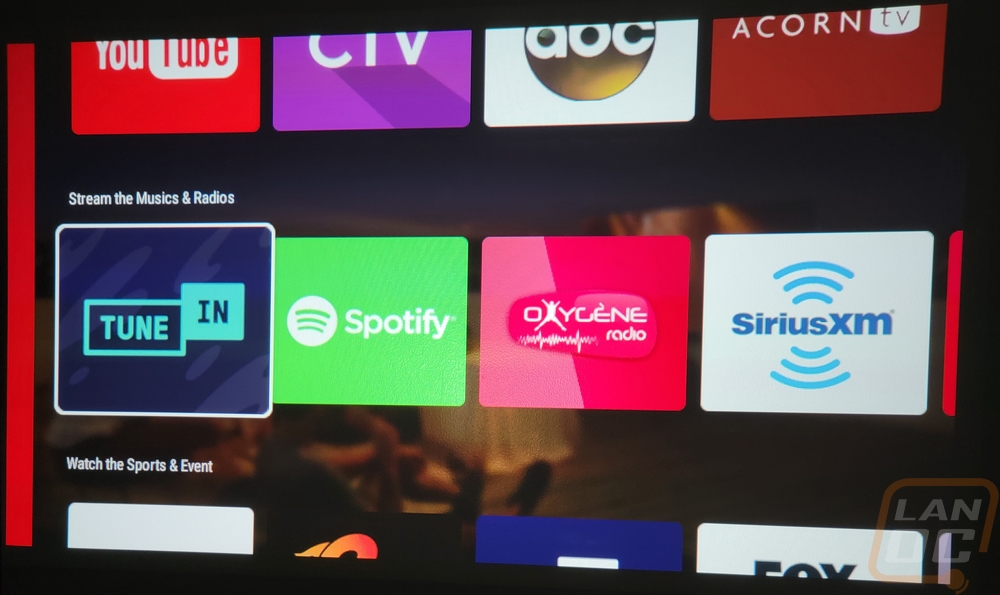 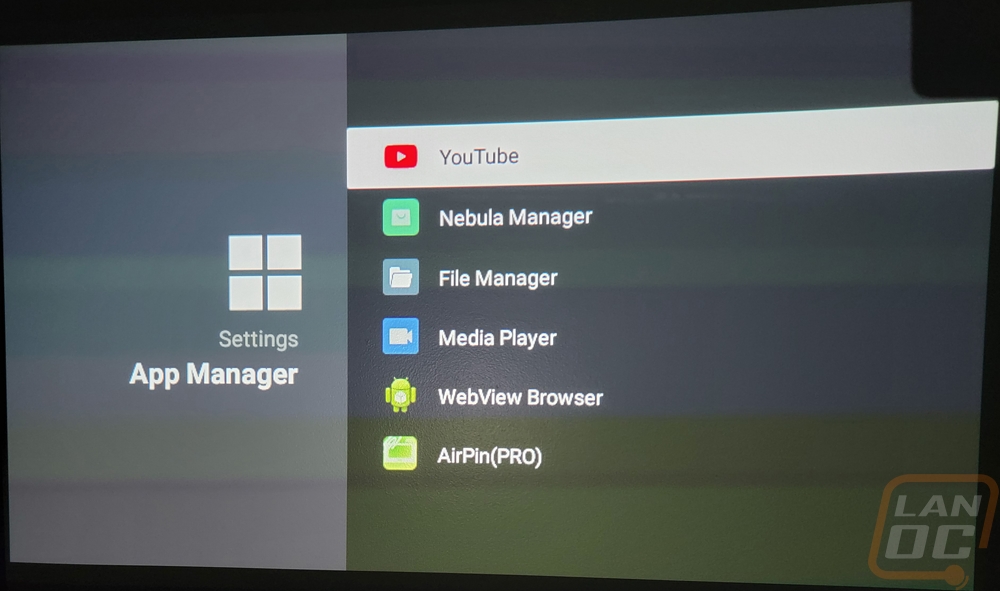 After some research and you can even see it mentioned in Amazon reviews of the Capsule there are workarounds. You can sideload apps using a USB thumb drive and the adapter cable and you can also reinstall the OS and gain access to the Google Play Store. For the second one, you need to get into GMS Test Mode which you can get the popup for this by clicking on the Android option in the about menu 5 times in a row. Once you have the option open you also need the password which Nebula will provide you through their customer service or you can find it in places like the Nebula subreddit. It’s not hard to do, but the fact that you have to do it at all is a pain. Once you get that you do get Google Play and you can install a lot of options from there. 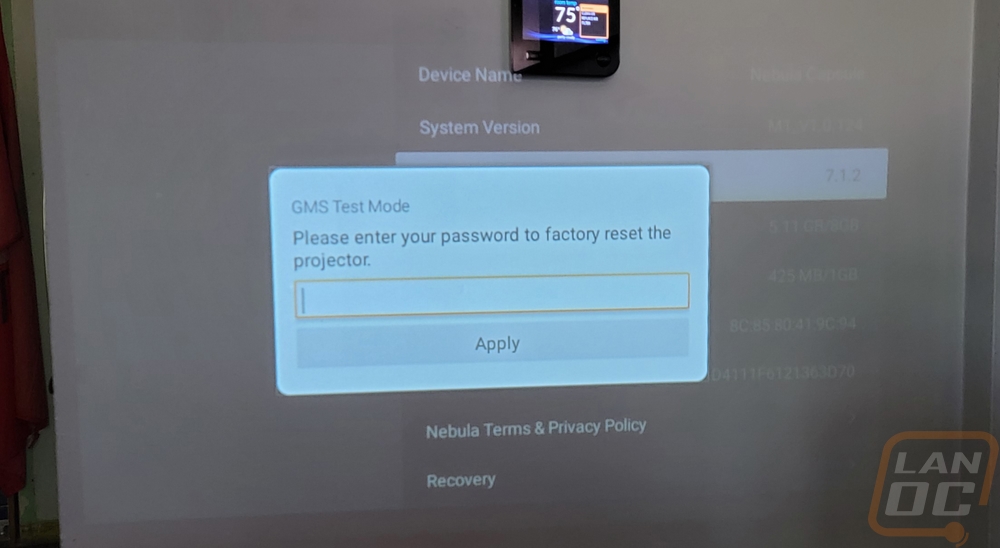 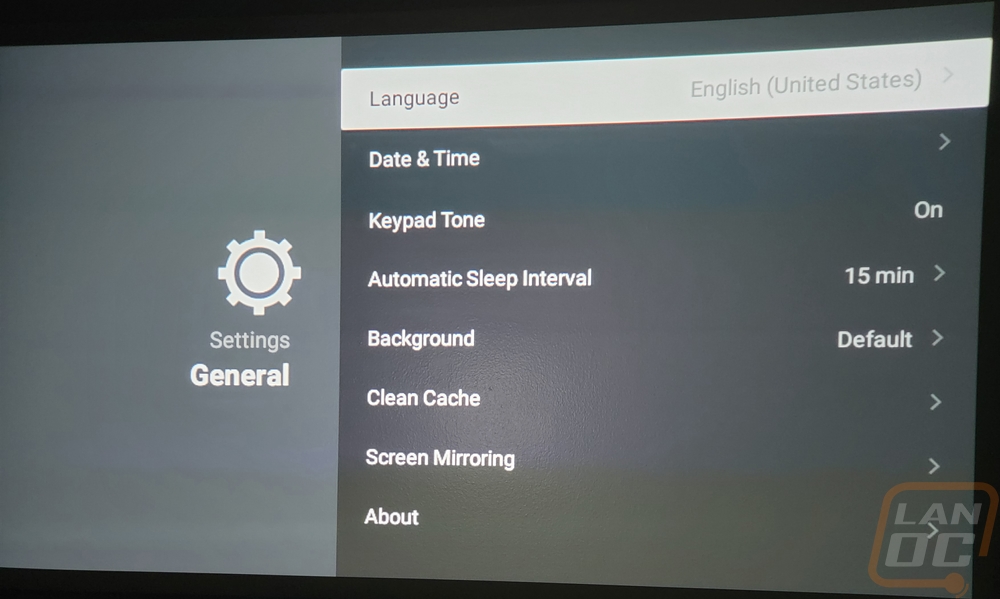 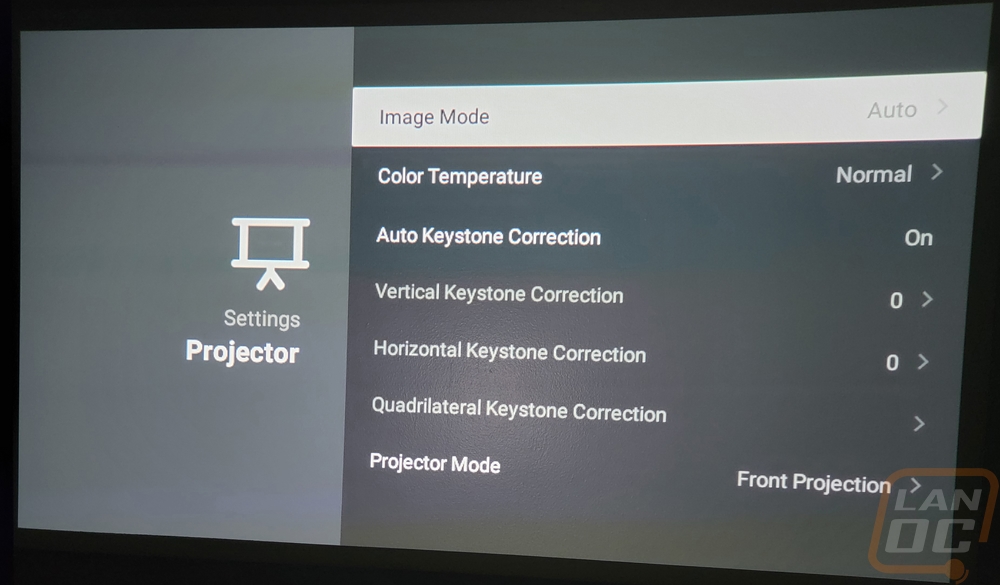 That allowed me to install a few benchmarks but going in I knew the Capsule would be extremely slow, especially without access to some of the benchmarks that we used to use on phones 6+ years ago. With 3DMark Sling Shot the test took forever and we have a score of 47 and the FPS from the graphics tests were sub 1 FPS. This isn’t a gaming device at all, even when it was first launched. Then in GeekBench, it did just 65 for the single core and 131 for the multi-core test. Geekbench gave us a look at some of the hardware and we can see that the quad-core ARM CPU is running at 1.27 GHz. Don’t mind the lines, this was when I was projecting onto the ceiling and relaxing. 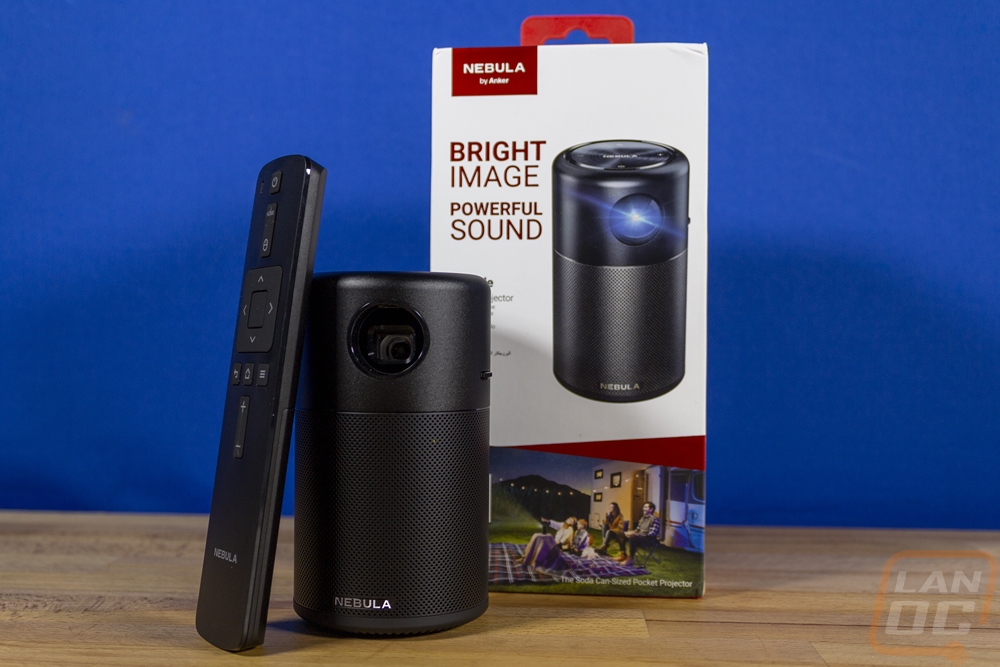 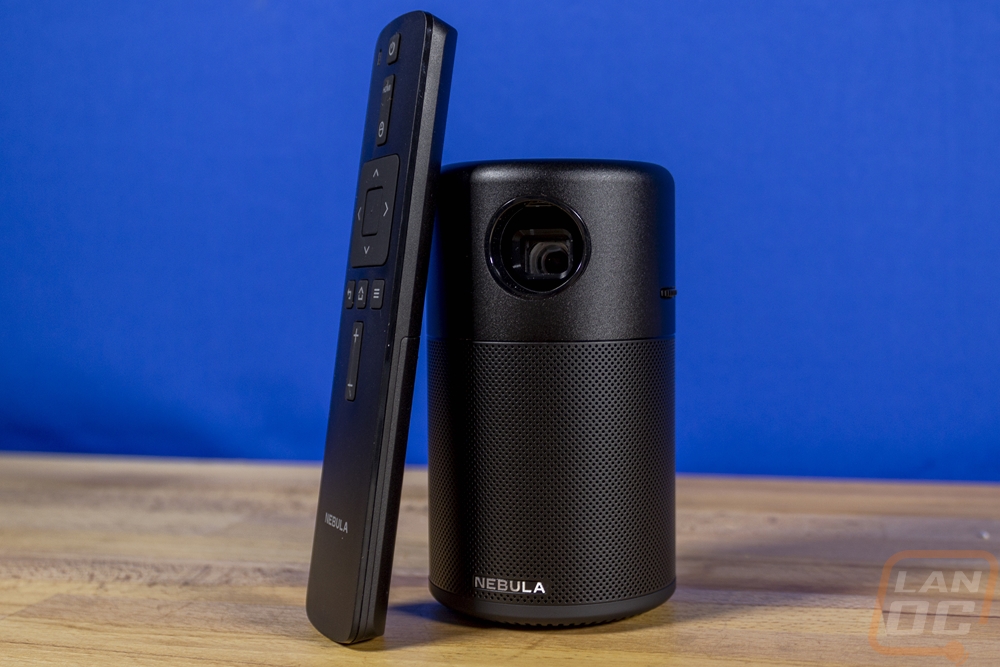 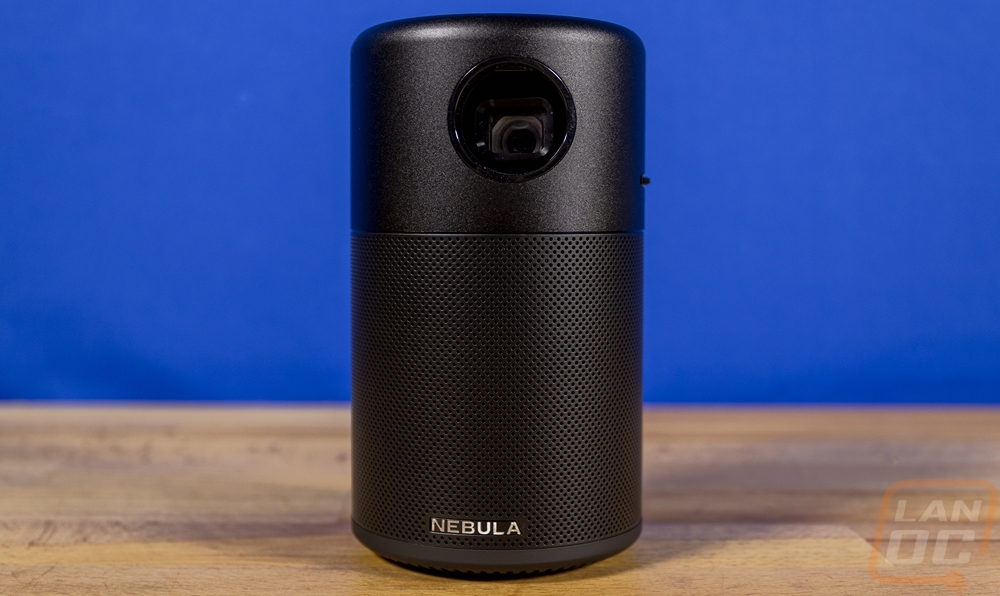 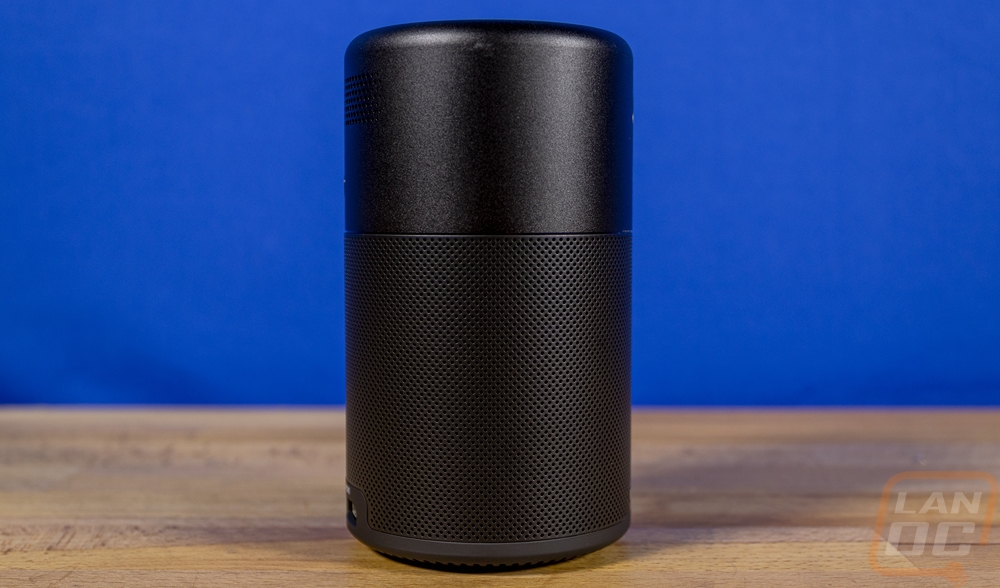 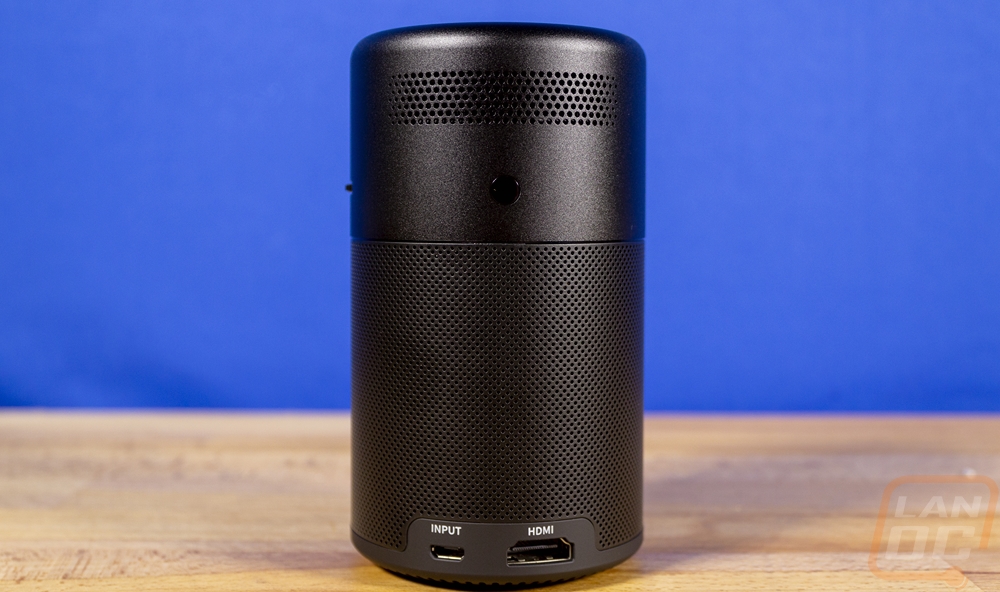 With the Google Play Store I was able to install the Twitch app as well as other apps like the U-Verse TV app so I could use the Capsule to watch streams or stream TV. These are two out of the four reasons I would use the Capsule. It came by default with Spotify and I could install that from the play store as well and that is the third reason I would put the projector to use. Watching Twitch streams did start to show the limited resolution. I grew up on SD television and when DVDs came out 480p looked amazing but after living with HD resolutions for so long it is really hard to go back. I could read the twitch chat fine but overall it cuts out a lot of detail which is going to be more and more obvious depending on how large of an area you are projecting the Capsule up onto. 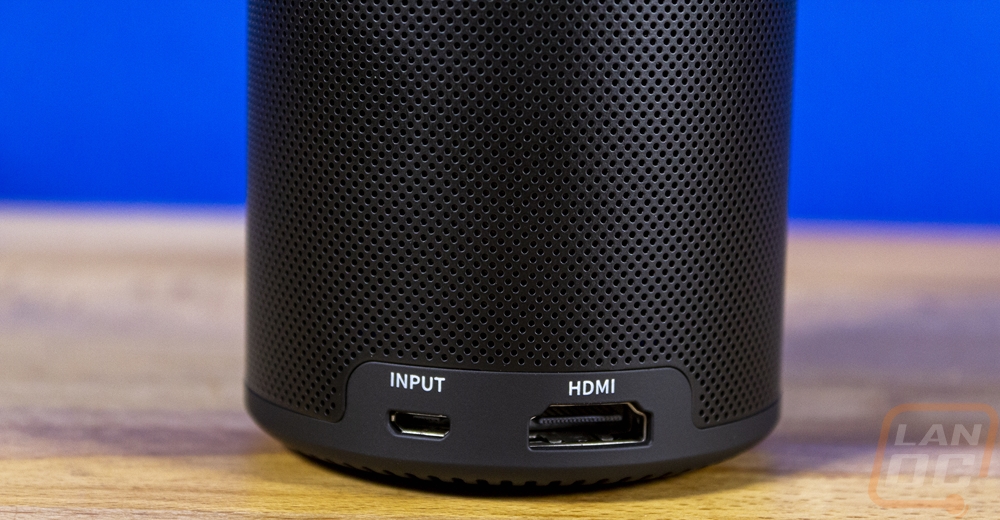 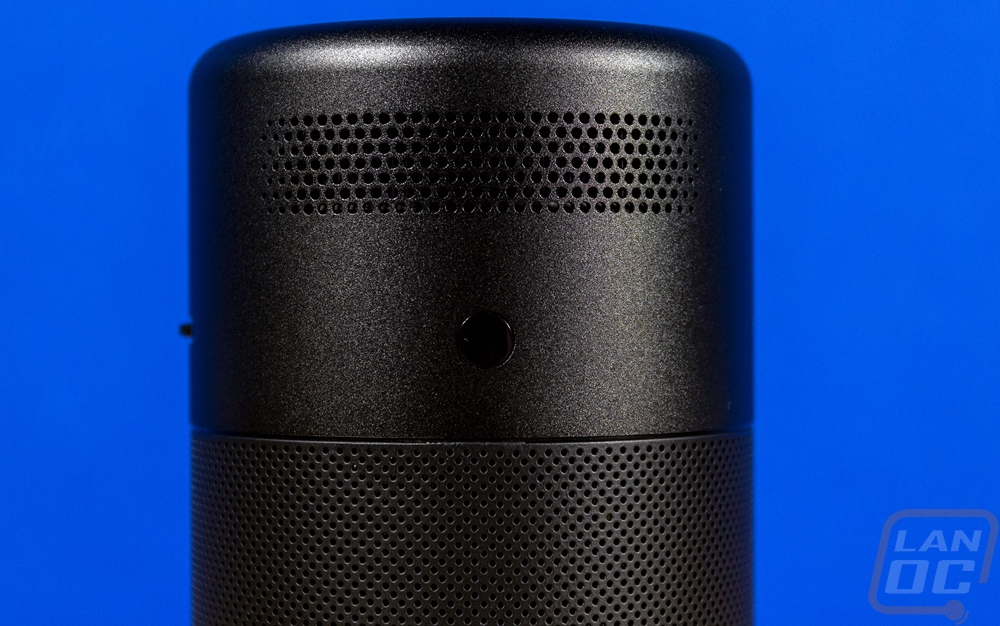 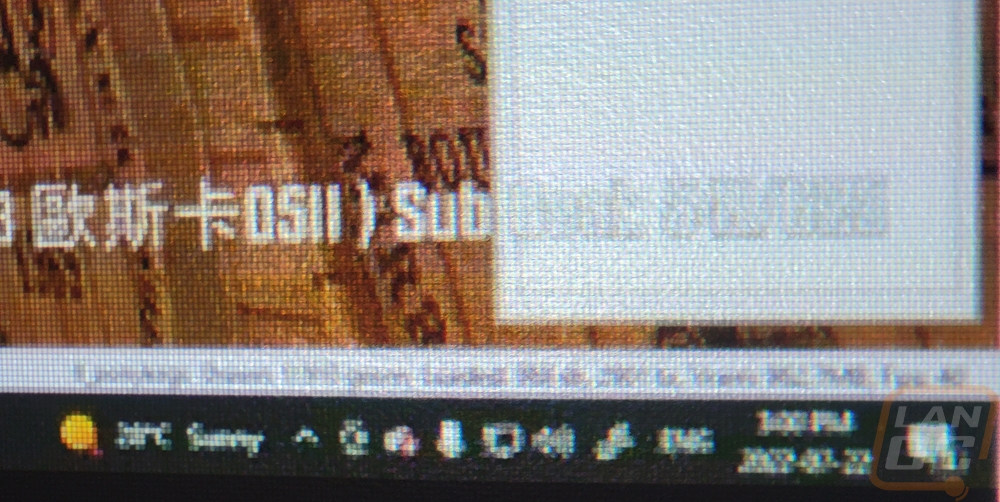 With just 100 Lumens the Capsule isn’t anywhere near the brightness of even a standard home projector. Using it in a perfectly dark room is best but I was at least able to see what was going on with light in the room. Here is me shooting it on a medium grey wall in my office and I flipped the camera around to show the light coming in from the window directly behind me. It's washed out but I expected even worse really. 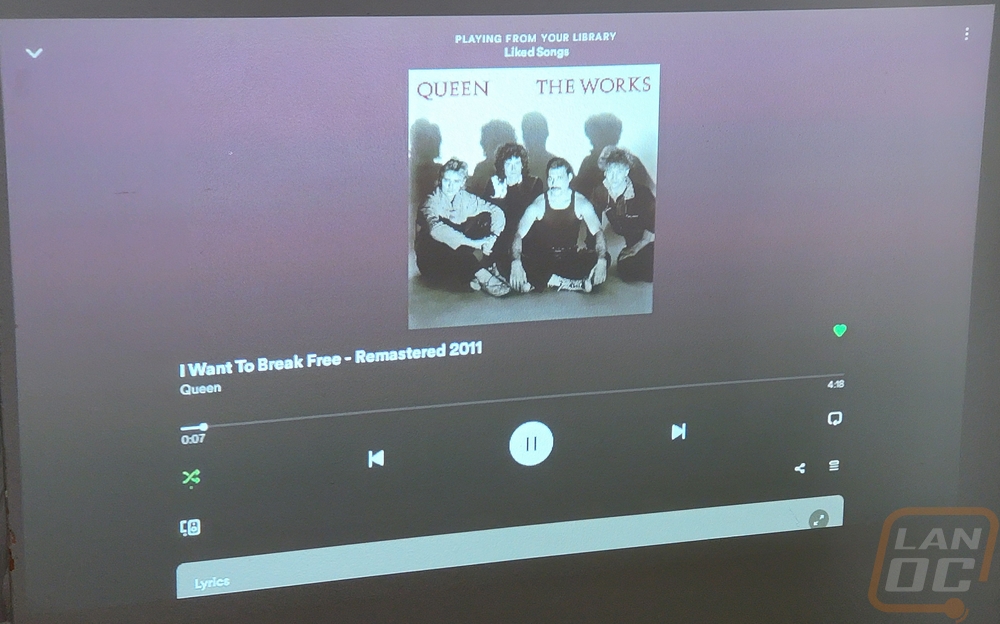 So the one downside to the Google Play Store is you will sometimes run into apps that just aren’t supported or bug out. Plex sadly was one of those and I had to sideload it even after setting up the play store. I had to go WAY back through the plex archives to find a version that would work. I had issues where it would load the logo and a loading circle then just go back to the main menu. In the end, the latest version of Plex that would work was 8.11.0.22186, anything 8.12 or above would crash and this was the version of Plex from back on December 16th, 2020. You can find copies of older apps or current apps if you need to sideload on apkmirror.com. 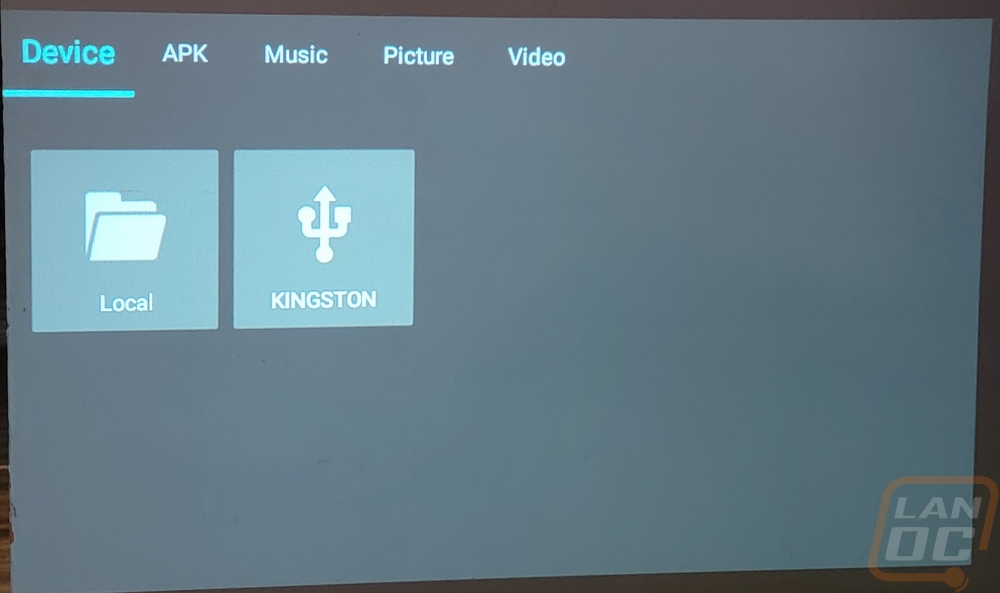 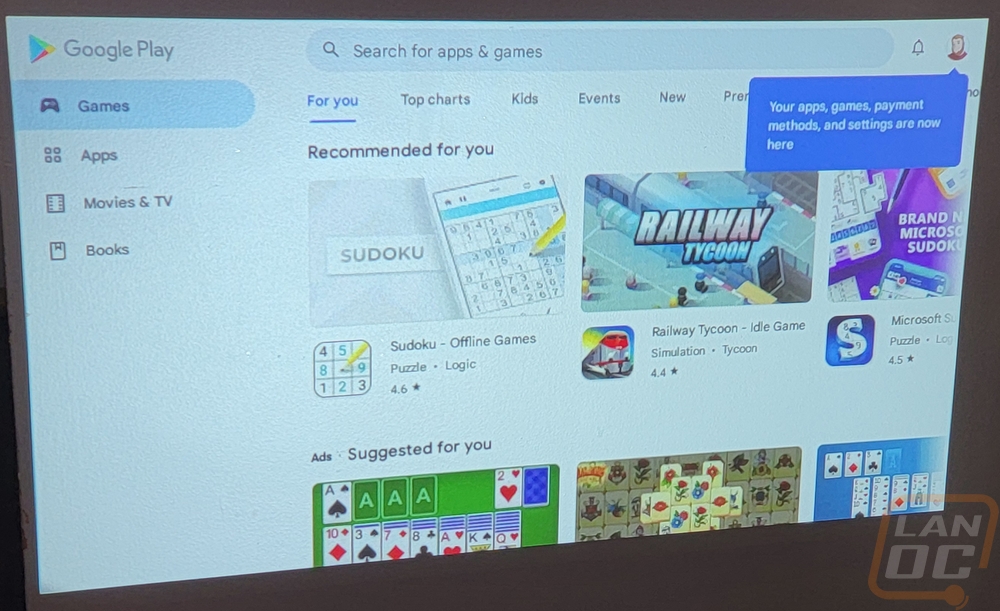 With that up and running I was able to stream TV and Movies from our Plex server which is all I need in a portable projector. From there I focused on testing out other aspects and seeing if anything caused me trouble. For example, the remote is nice because it is larger and has rubber buttons but the select button in the middle of the direction pad is hard to find blind and I often pressed the wrong button. I would also say that the fan for the projector is noisy, once you start watching something you won’t notice but it is loud if you are flipping through things or if you have it running with the volume turned down. The manual focus on the other hand didn’t end up being a problem, it was easy to use but I would still prefer autofocus to be built in. Battery life was a concern as well. I would imagine if you wanted to use the Capsule to play TV shows or movies or use the HDMI port to hook up a game system you need to have enough battery life to do that. It has a 5200 mAh battery built in and they say it should charge in 2.5 hours with the quick charge. In projector mode, they have 4 hours listed on the specifications and 30 hours if you are using it as a Bluetooth speaker. I will say that you need to have it in the battery saving mode to get anywhere near that 4-hour mark. I think in performance mode it was closer to 2 hours and 3 and a half in battery saver which dims the projector some.