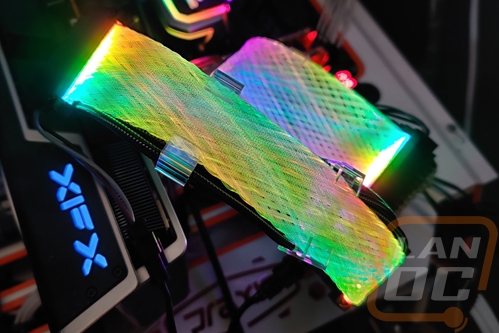 For those of you who may not remember Gelid Solutions, we have covered them in the past and they have been known for their cooling products. Specifically, they have a great thermal paste and in the past, their Wing fans were surprisingly good in quality and had a unique bearing design that let you pop the fan blade out for cleaning. I haven’t had the chance to see what they have been up to recently, but I do hope that the removable impeller design comes back because it was amazing.

Anyhow their Astra aRGB extension cables come in three different options and today I will be taking a look at two of the three. Like Lian Li’s RGB extension cables they have a 24-pin model for the motherboard power and then they have two for your PCIe power cables for your video card. One is a single 8-pin and the other is a dual 8-pin. The lighting setup between the dual and single 8-pin models is the same though. The packaging for both of the extensions that we have is the same. They both have the same picture on the front with the Astra model name up top and the Gelid Solutions logo above that. They just have a check box below that with the ATX and two PCIe options to let you know which model you are looking at. Down at the bottom, they list off all of the motherboard based RGB controls. Around on the back, there is another picture of the RGB weave, then above that, they have a description with a feature list. Down in the bottom half, the packaging has a specification listing as well as drawings of all three models with cord lengths marked as well. 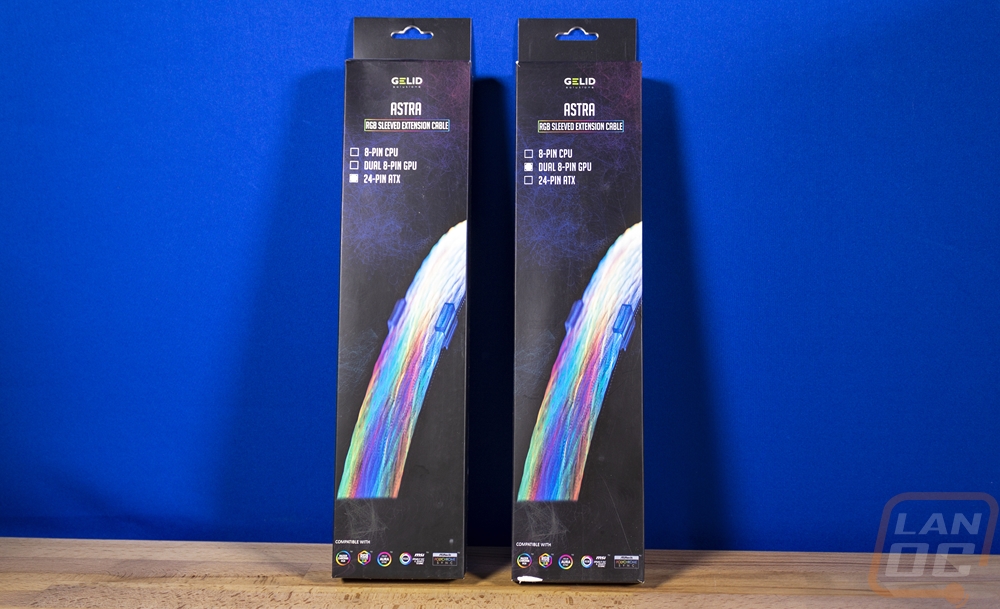 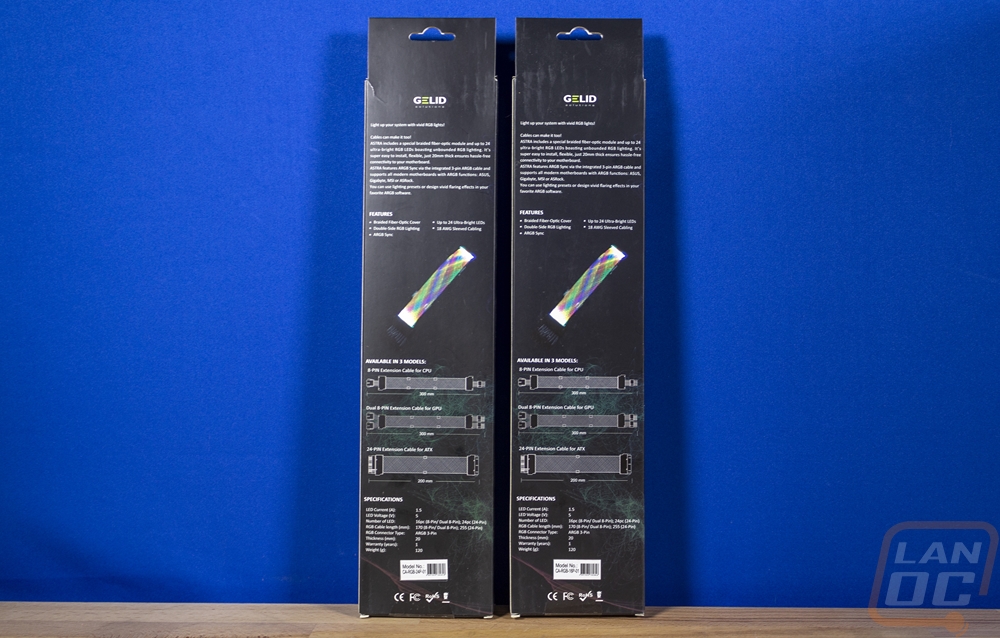 When you open everything up they both come with clear plastic trays inside that hold the extension. The dual 8-pin is significantly longer but the shorter 24-pin uses that extra space with a white box with accessories in it. The 8-pin on the other hand just has the included cables tucked up under the extension. They both come with two of the same cable. One end has a 3 pin clipped connection and then they have a normal aRGB plug which looks like the older 4-pin with one pin missing. That is split with a male plug coming off of that with a cap covering the pins. 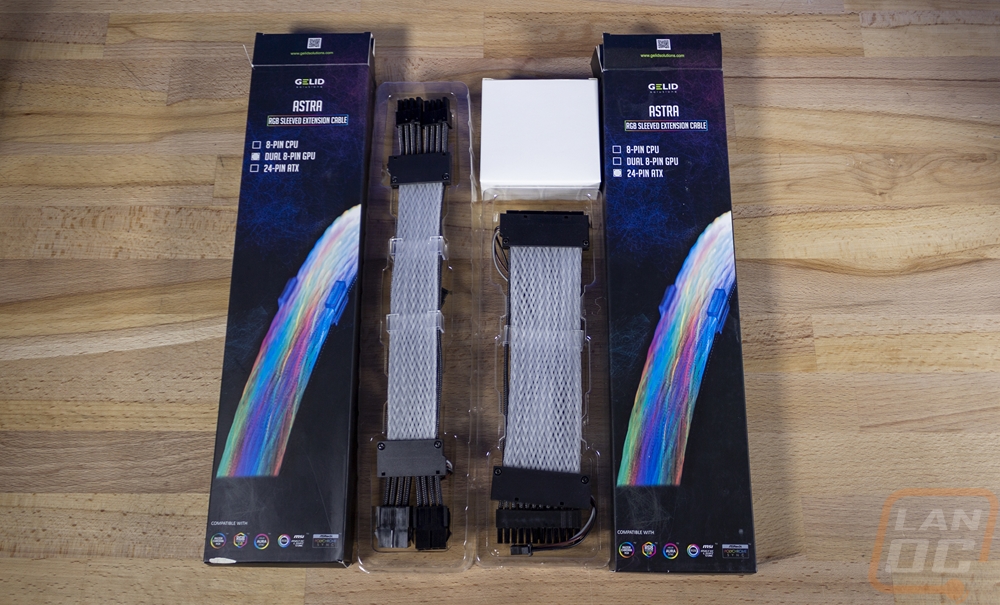 The Astra extension cables themselves come in at 20cm and 30 cm long with the dual/single PCI cables being the longer 30cm version. This is because the motherboard cable typically doesn’t need to reach up the height of the video card. Looking at the RGB side of these extensions, they are similar to what Lian Li did with their design where the cables have the lighting clipped on to the top of the cable. These are different however because the diffusers used are weaved together, not in straight lines like Lian Li did. Both ends of the lighting do have black boxes on them which are a little larger than on the Strimer Plus. 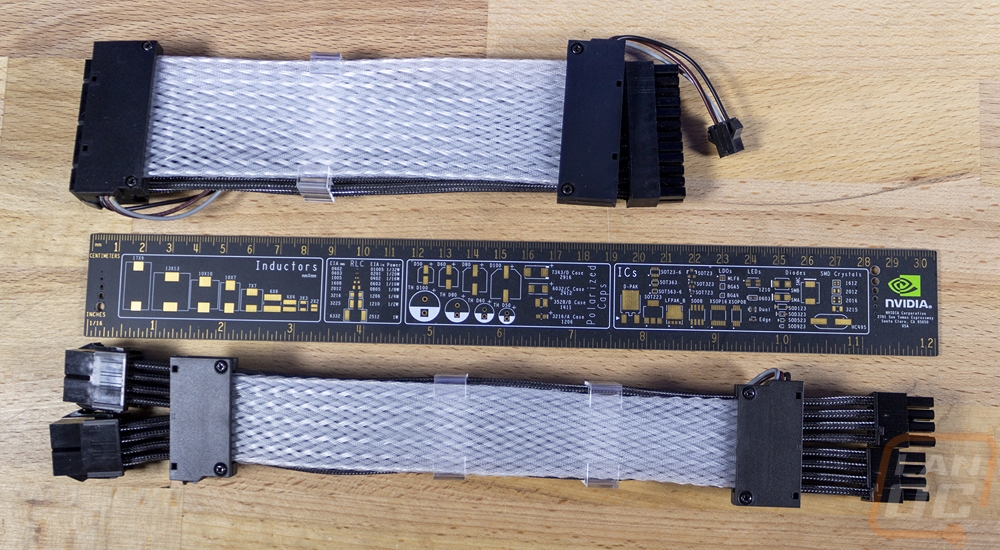 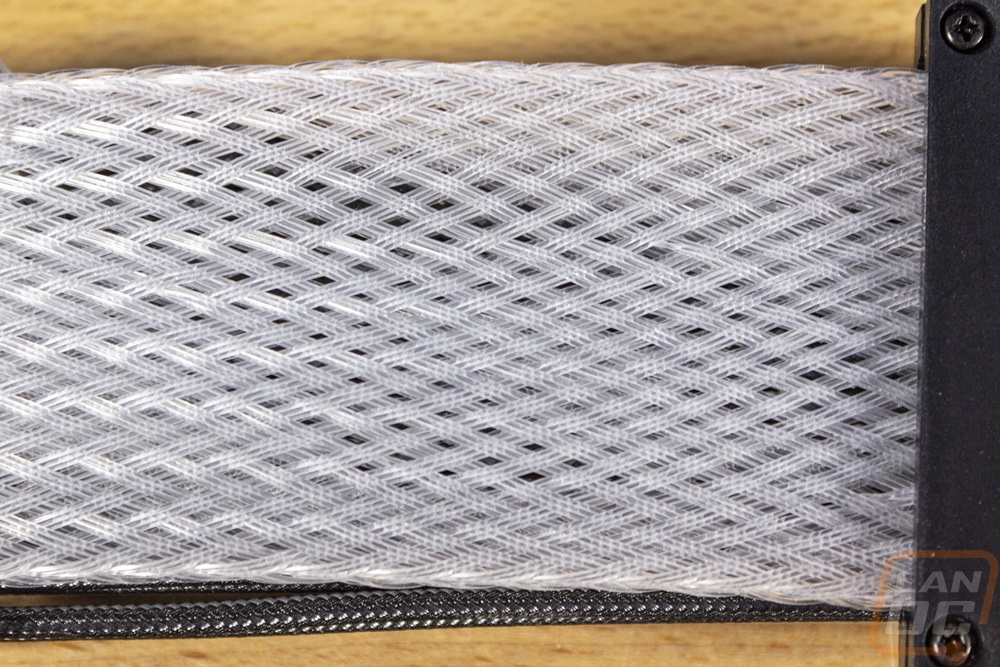 With the cables flipped over you can see how they have the lighting clipped on to the cables. The two boxes at the end wrap around, then in the middle they use normal cable combs that lock on to the individually sleeved cables. Unlike the Strimer Plus, the Astra cables use a darker black metallic finish. 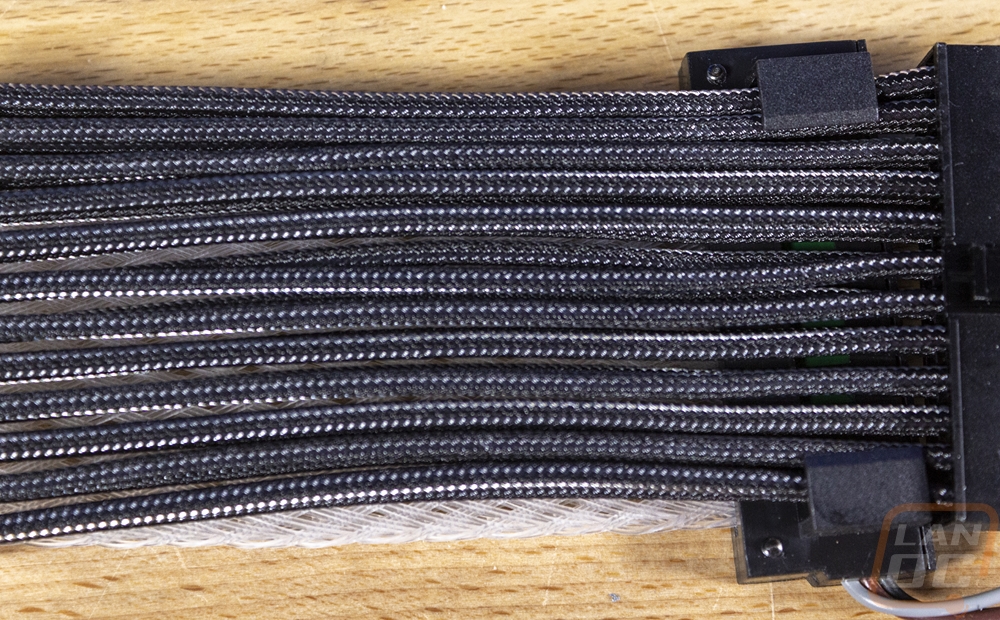 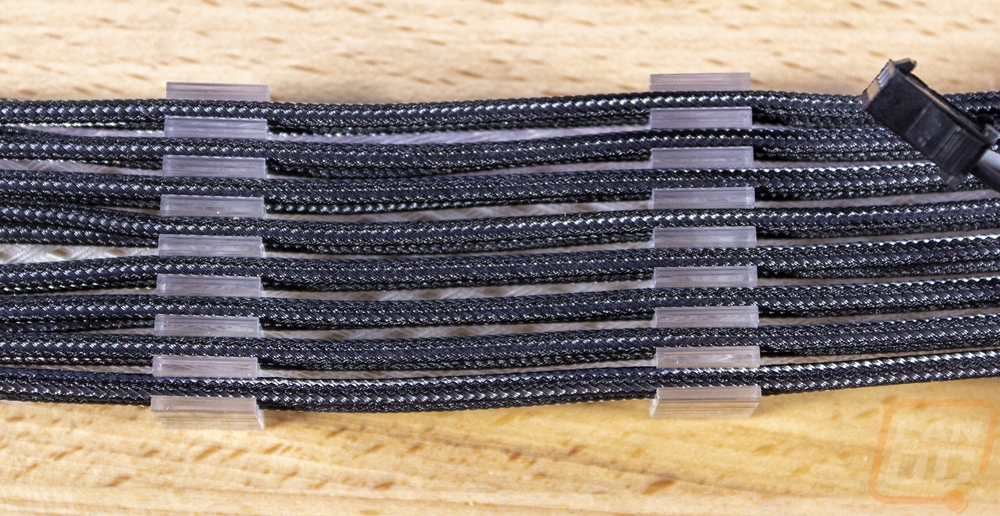 One thing that did stand out to me was that both of the boxes at the end of the cables have their own three-wire aRGB cable hooked up to them. At first, I thought this might be an easy way to wire the lighting in line, but once I dug into everything I realized that this is because they need the LEDs on each end to be powered. I will talk about it more in the next section, but running the wires down behind the weave would have been helpful here to get both connections on one end. 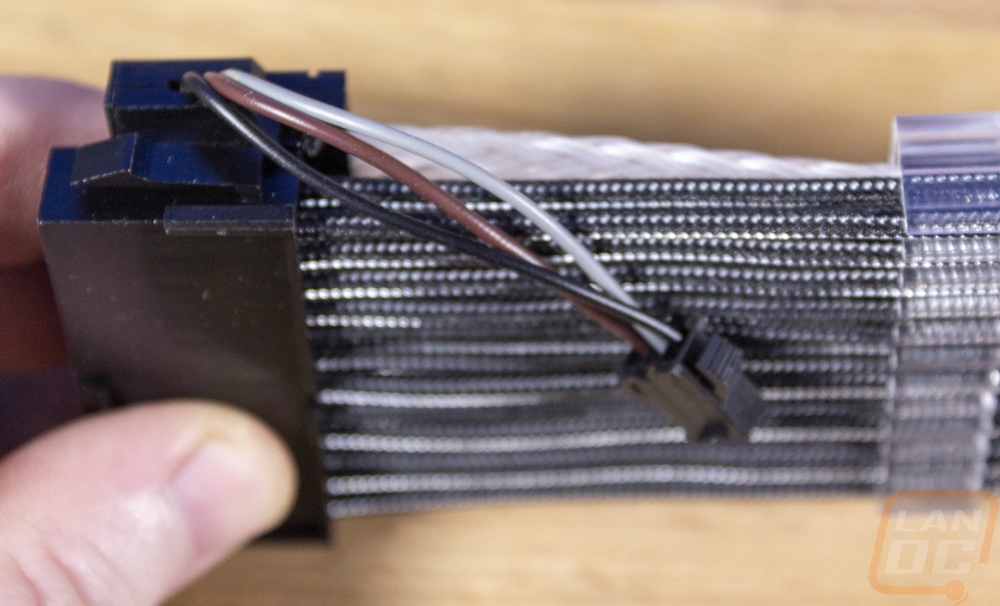 We have 1044 guests and one member online