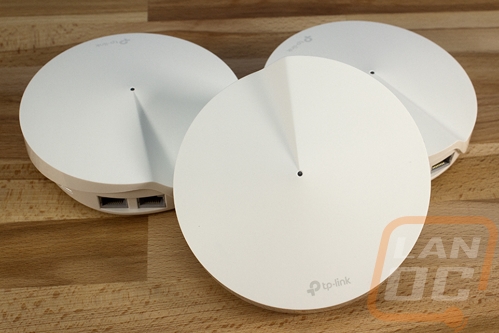 Even the most expensive routers and network gear typically come in your basic boxes, single color, with not much consideration about it all. “Gaming” routers have changed that up a little, trying to get peoples attention on the shelves but as a whole network hardware isn’t a glamer product and no one is really going out of their way to make it feel like you are buying something special. Now we could argue that great packaging isn’t important to the overall performance, but I do think that anytime you buy something that makes you feel special when opening it up it is going to leave a bigger imprint on you, Apple has been doing this for years. The Deco’s box on the outside isn’t a standard color, they went with a weird green and white tie dye look in the background with the three Deco’s in the middle. They are sure to point out that it is a whole house WiFi system and they highlight the parental controls and built in antivirus that I think is going to really catch the eye of the average parent or home owner and really that is what this entire setup is focused on. The back of the box shows how the three devices will better cover your home with a basic drawing and they talk about TP-Link’s Adaptive Routing Technology. 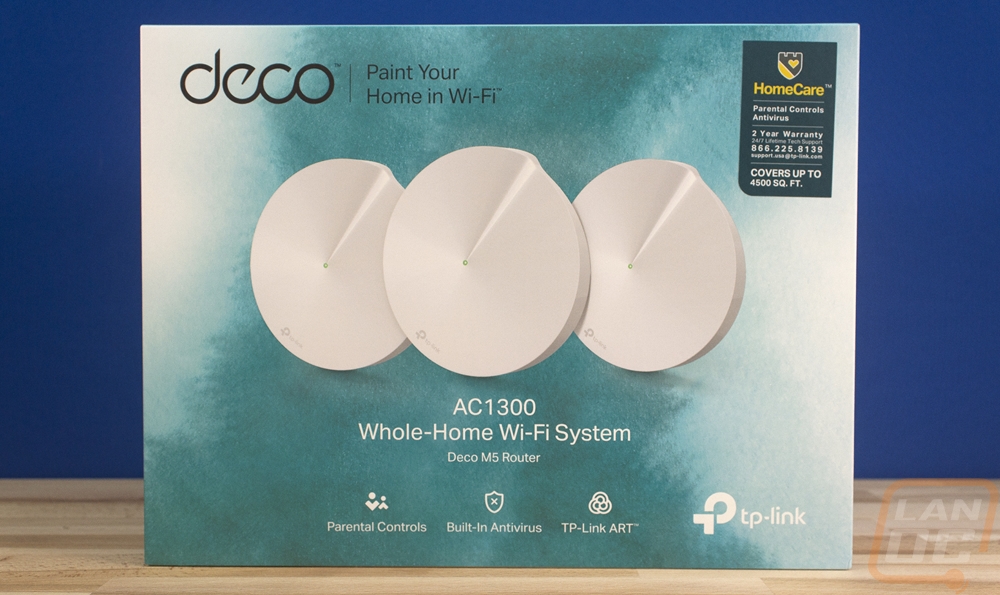 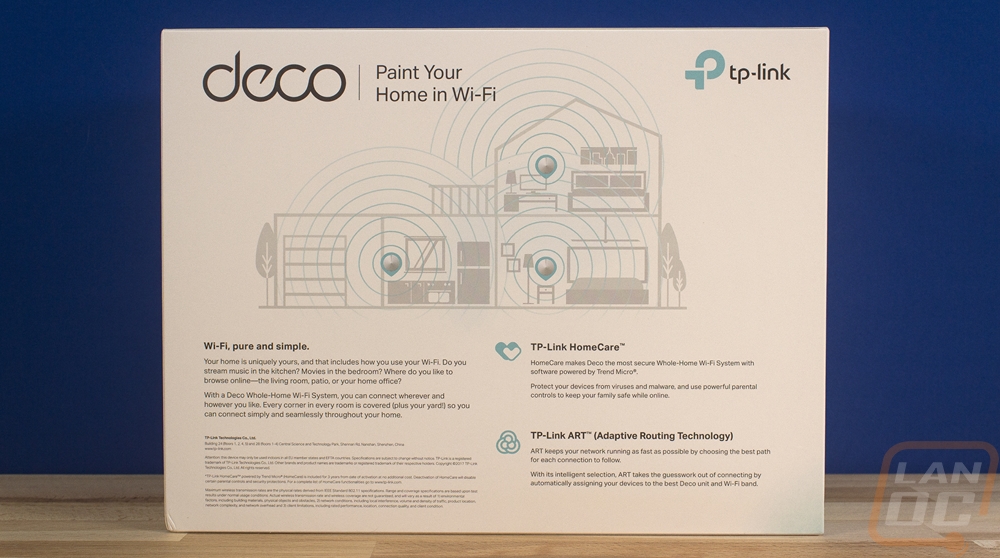 When I opened the box up though you can tell that they really wanted to show that this is something different and special. The three devices are right up on top with just a simple “Hi there” note and a note about grabbing the app to get everything setup with an iOS or Android phone. When you pull the routers out of the top up under each accessory is in its own box except the one included network cable. Each has an icon for a label. 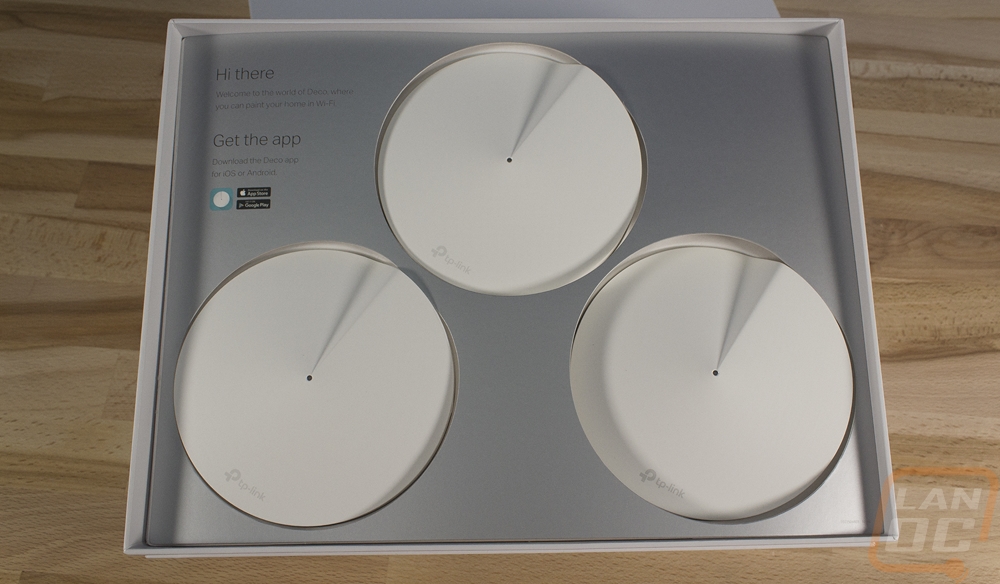 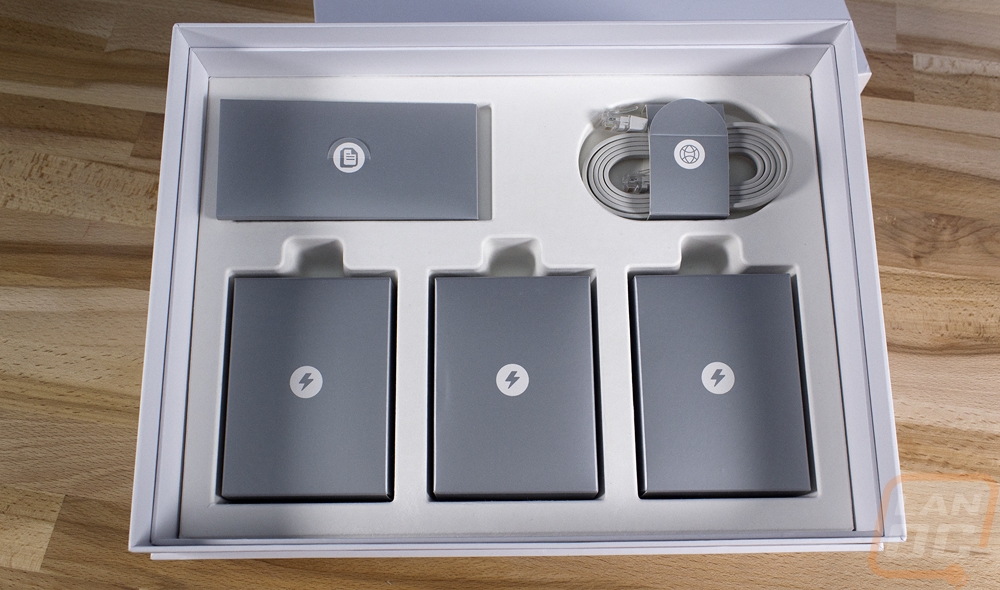 Three of the boxes have power supplies in them for the three devices. The power supplies have a small wall wart on the end. They don’t require a ground plug so they should work even in old homes, the homes that need this more than anything else with their thicker walls and lead based paints. The cords are surprisingly long and at the end, each has a new USB Type-C connection. Anyone who has bought an Ultrabook recently would know that this new connection actually has the juice power a lot of things.

You also get a single network cable. The cable comes wrapped up with a thick rubber band and it was interesting to see that they went with a thin cable design. This is the cable you need to hook your modem to one of your Deco’s or if you are just using these as an access point you hook your router up to in instead. 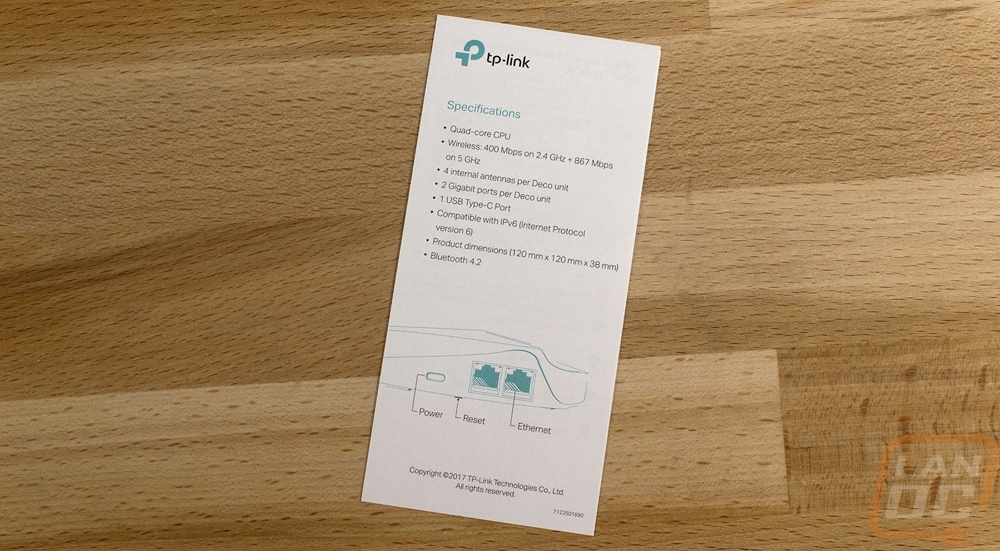 They didn’t really go crazy with documentation. You literally get two small papers, one with legal information on it and the other with specifications. They show where the power plug goes, where the reset button is, and where you plug that ethernet cable in. Beyond that they expect you to use the app for the rest of your instructions and setup. 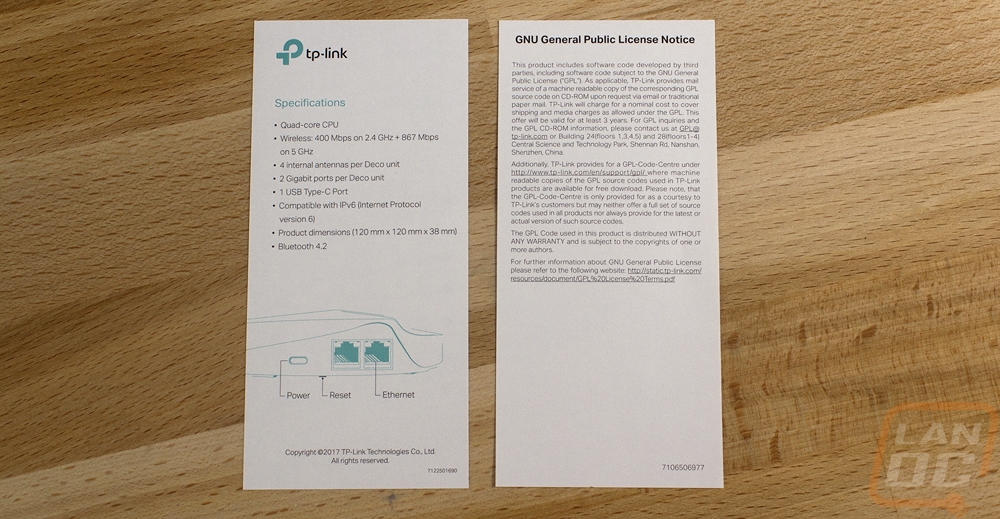