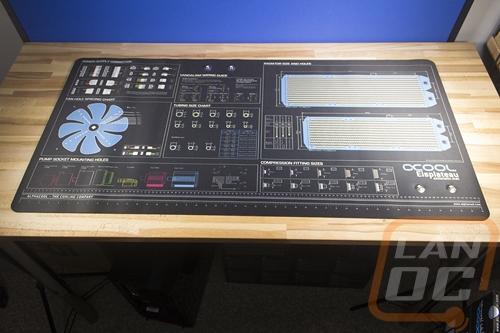 Testing the Eisplateau wasn’t complicated or even time consuming really. I kept it out and waited for a chance to get to work on a build. That didn’t take long to happen, last week I was putting together a small ITX build in a Phantaks case and took that as a chance to see how the pad would do. Remember the original goal was to protect the photo area. Well almost immediately I dropped a small SFX power supply, something that would have caused a ding in the wood and the padding of the pad took the hit without any damage to the table. More importantly, I didn’t have to work with kid gloves on the whole time. I could slide the case around without worrying that the feet would put rubber marks on the table and I could lay expensive components down without worrying about the static as well.

Now of all of the information printed on the top of the mat, it was the measurements down along the bottom that came in handy almost immediately when trying to figure out if the short cables from my SFX power supply would reach. For those that were wondering, they didn’t, but I a few random cable extensions did the job.

The large workspace had enough room for my build in the middle with components on one side and my camera on the other. A larger case might start to get a little crowded but would still be more than workable. I did run into trouble with the center mounted static strap buttons. I mentioned it when going over the details of the pad but with those mounted in the center, I was worried that when I layed a case down flat it would lay on those and potentially scratch things. Well even with the smaller cases I was working with I did have to work around them. I would actually be happy with just the corner mounted buttons or maybe buttons on both the left and right sides. It didn’t scratch anything because I was careful, but it is something you will most likely have to work around with this pad. Though most modders will be able to quickly remove the two buttons that are in the way if they are an issue often. 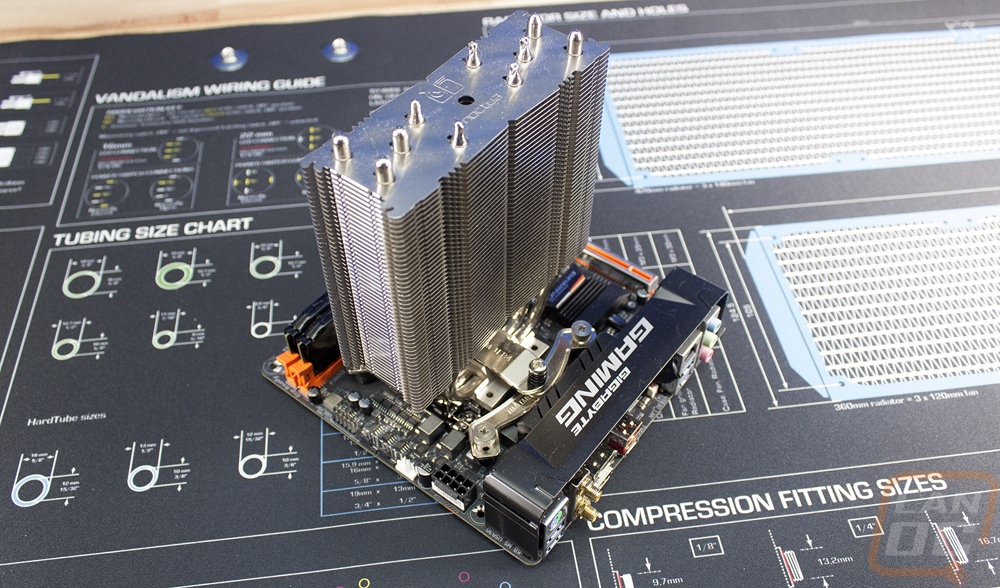 We have 1763 guests and one member online