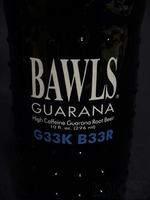 If you haven’t tried Original Bawls it’s about time you did. Actually it’s crazy that I have to say original, it wasn’t that long that they had one flavor. Now they have sugar free original, Bawls Cherry and their newest drink G33k B33r. Today we will be checking out the G33k B33r the first ever high caffeine root beer. Click to read more

Bawls has always been know for their distinctive glass bottle. They now make a brown version to hold this new drink. It still has the classic shape including the bumps to help you keep a good grip of it. The bottle holds 10 fluid ounces. It might not be as much as a can of soda, but it is enough to give you a nice burst of energy. 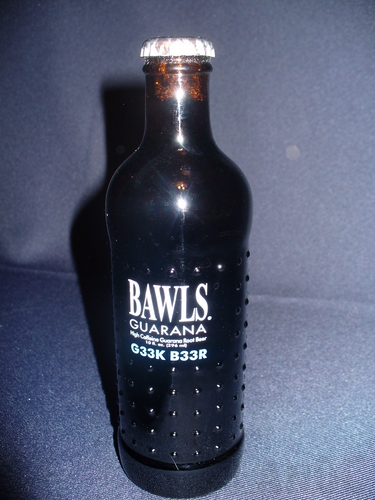 One of my favorite drinks is root beer so I was very excited to try the new flavor. There are some root beers that have too much of liquorish taste that I don’t like. I was happy to find out that this does not have that. In fact I think it tastes similar to Mug Root Beer, my favorite root beer. The biggest difference would be that mug doesn’t have caffeine and G33k B33r does, but you can’t tell that in the taste. There isn’t an aftertaste or caffeine overtone when drinking it. Overall it tastes great, I’m addicted. 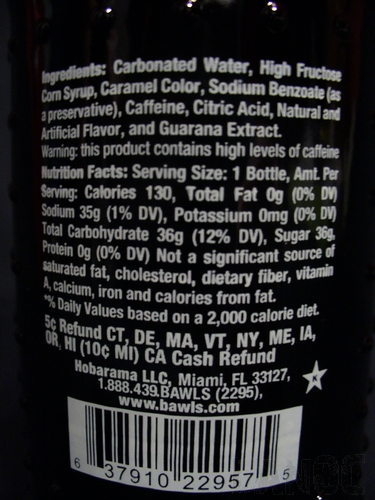 So as I sat here writing up this review, it occurred to me that I had a few bawls mints still lying around. I also had a unopened bottle of g33k b33r sitting in front of me. So as you can imagine at this point what I decided to do. Keep in mind that bawls mints are carbonated… Within seconds of dropping in the mint I had to put my thumb over the top to keep it from overflowing all over the place. This of course built up even more pressure inside the bottle. By the time I made it to the trash can nearby there was so much pressure it was spraying out around my thumb. By the end of this whole adventure I have bawls g33k b33r up my nose, all over my arms and face, on the floor, and all over the walls near the trash can. The worse part being that after all of that what was left in the bottle is flat! Do you think Bawls will send me a replacement bottle? lol 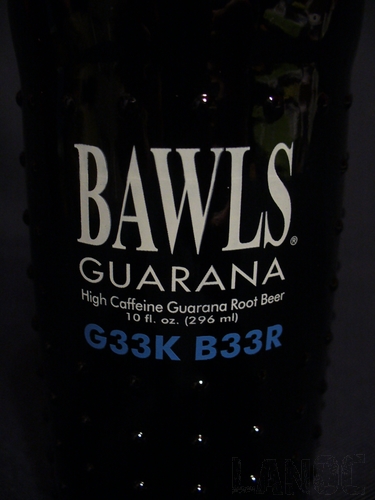 The biggest problem with g33k b33r and Bawls in general is that its hard to find. Of all of the problems you could have that’s a fairly good one. You can pick them up from thinkgeek.com along with at some gas stations around the county. I would defiantly recommend the new g33k b33r to anyone who wants to try a new energy drink. I would also recommend it to anyone who likes root beers. I think bawls has hit a home run again with their new product, or in my case one up the nose! 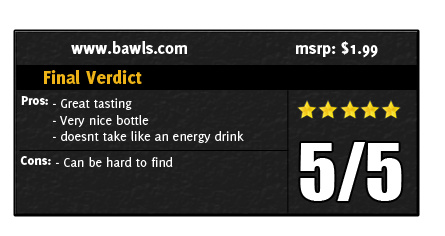 You might call him obsessed or just a hardcore geek. Wes's obsession with gaming hardware and gadgets isn't anything new, he could be found taking things apart even as a child. When not poking around in PC's he can be found playing League of Legends, Awesomenauts, or Civilization 5 or watching a wide variety of TV shows and Movies. A car guy at heart, the same things that draw him into tweaking cars apply when building good looking fast computers. If you are interested in writing for Wes here at LanOC you can reach out to him directly using our contact form.
Discuss this article
Log in to comment
Posts in discussion: Bawls g33k b33r

We have 991 guests and one member online