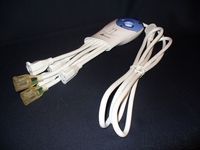 If I were Rob Gordon (John Cusack) in the movie High Fidelity and I was making a top 10 list of things that aggravate me. It would include power strip “warts”. If you don’t know what a wart is, it’s one of those power bricks that you can never find a way to plug into a power strip without losing at least 2 spots. Almost every power strip sold now has their own way of fixing this problem. Most of them have one plug for a “wart”. Me being the gaming dork that I am; in my old school console gaming area I have a Nintendo, a Super Nintendo, a stereo, my TV, our cordless phone, and a battery charger. Of those six devices four of them have power bricks. Not even small bricks, some of them are almost 3 inches long! Obviously a normal 6 plug power strip isn’t going to cut it. Not to mention I would like to keep my old Nintendo for many years to come, I’m going to need a good surge protector. This leads us to the Power squid; namely there top of the line Surge3000 Calamari Edition. Click to find out how it worked out for us.

What separates the Power Squid Calamari Edition from other surge protectors are the features. The first thing you will notice is the length of the power cord. The Calamari’s power cord is 8 feet long, this should be long enough to reach an outlet in most old houses like mine. When you go to plug it in you will notice the Swivel plug will spin a full 360 degrees to keep the plug pointing in the direction that’s most convenient, it is also thin to be able to fit in tight spaces. 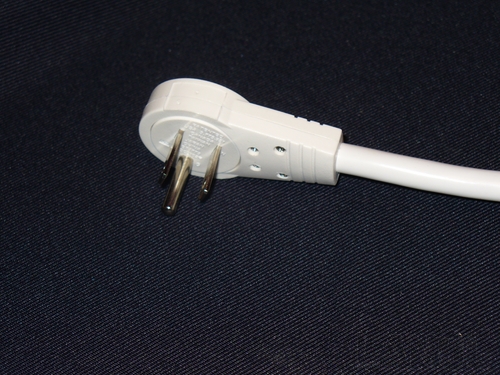 Moving on to the body of the Calamari edition, the most noticeable part is shape. This obviously isn’t your normal power strip. The unusual shape is what makes it possible to plug in 6 “warts” at once. Of the 6 plugs, the two longest cords are clear and have blue lighting to show you when they have power too them. On the top are three LED lights to let you know when there is power, a surge, and to let you know if there is a problem with your ground. There is also a power button to turn everything off if needed. On the end there is an input and output for coaxial cable so that you can protect your cable modem or TV from power surges. There is one phone input and two outputs; it’s nice to see a splitter being used here even though the use of modems and even home phones is declining. On the back side there are 4 rubber grips to keep it from sliding around if you choose to leave it on the floor. There are also two mounts built in if you wish to hang the Surge3000 Calamari Edition. 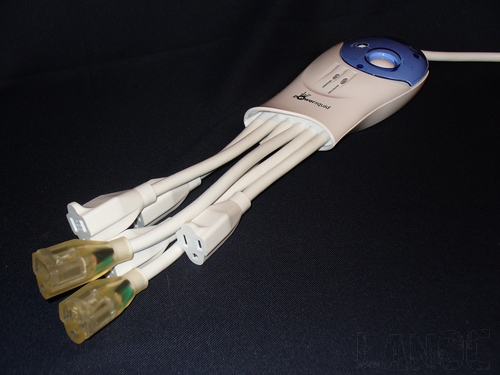 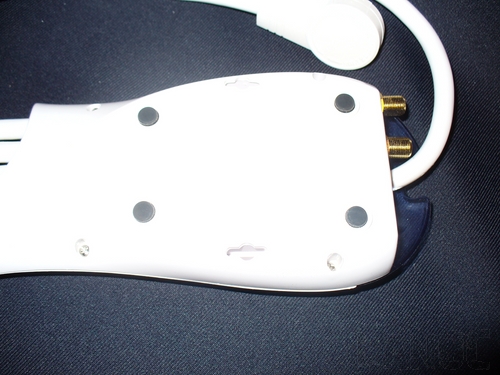 Of course with a surge protector the most important stuff is on the inside. In order to understand the quality of this model you have to understand how they are rated. Joules is a tern that is tossed around a lot with surge protectors. The higher the joule rating of a particular surge protector, the more protection you will have. Each time a small power surge or electrical spike comes through the power line, it is absorbed by the surge protector. Each time this happens, a small portion of the unit's joule capacity, or life, is reduced, instead of damaging your electronics. Most company’s recommend a rating of 580 joules or higher to adequately protect your equipment; the Calamari Edition is rated at over 5 times that at 3240 Joule’s. It’s built to protect all of your sensitive electronics, and it will outlast most other comparable products while doing that. If for some reason there is ever a problem, Power Squid has included a half million dollar insurance to replace any damaged electronics. They have also included a warning sound to let you know there has been a surge. 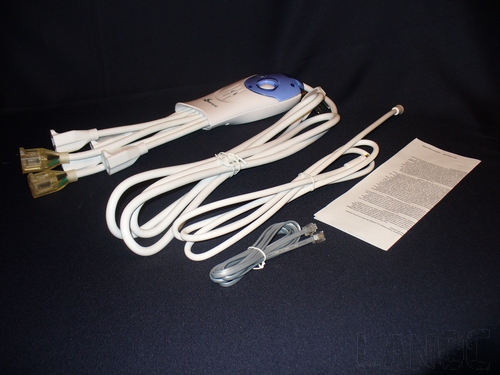 Obviously this is one of those items that you setup and don’t even think about until ether there is a problem or you’re moving something around. With the Calamari edition I suspect it wont be an because of a problem. After plugging everything that I was planning on plugging in a pushed the button to turn everything on, the button has an odd click to it that could make you a little uneasy. But once you push it you will be greeted by all kinds of lighting. Its good to know when everything is turned on but the blue lights in two of the plugs might be considered intrusive to some. The squid design did a wonderful job of swallowing up all of the power bricks I could throw at it. The downside to the upside is that because of the squid design it takes up more space for the same amount of plugs that a normal power strip will take up. For my use it works perfect, Mario will be jumping around and being ultra happy for many years to come. 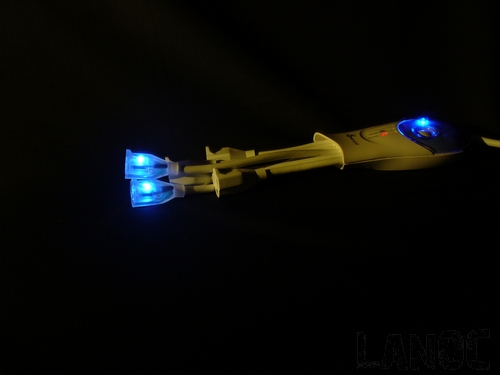 It’s hard to test for problems with the surge protector portion of the Calamari edition, but you can tell that everything is made with a very high standard. I have no problem hooking up any of my most treasured and expensive electronics to the Surge3000! The price is a little high for a budget gamer, but for anyone who has put countless dollars into there gaming pc or home theater setup it would be a great investment. The blue lighting looks nice, but its bright enough that it might bother some people. I would recommend checking out the surge3000 along with any lesser models. Overall the Power Squid Surge3000 Calamari Edition is a step above all of the other power squids, and a leap above any other surge protectors. 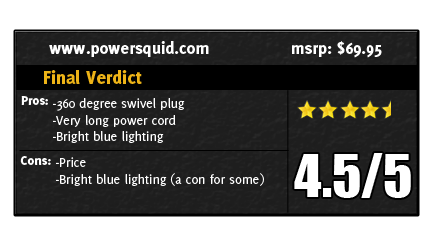 You might call him obsessed or just a hardcore geek. Wes's obsession with gaming hardware and gadgets isn't anything new, he could be found taking things apart even as a child. When not poking around in PC's he can be found playing League of Legends, Awesomenauts, or Civilization 5 or watching a wide variety of TV shows and Movies. A car guy at heart, the same things that draw him into tweaking cars apply when building good looking fast computers. If you are interested in writing for Wes here at LanOC you can reach out to him directly using our contact form.
Discuss this article
Log in to comment
Posts in discussion: Power Squid Surge3000 Calamari Edition