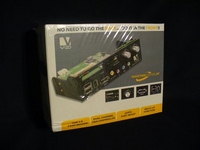 How many products can have a slogan of “No need to go the Back… Do it in the Front!!”? That alone is enough to get my attention, but I’m also a little bit of a perv. Vizo has provided the second iteration of their Master Panel. It’s designed to bring all of your normal usable ports to the front of the case. This could be perfect for people who have their plugs on top of their case. Read more after the jump.

The front of the packaging is simple and to the point. There is a picture of the Master Panel II along with up-close pictures of some of the features. At the bottom they list off a few of the important features like, USB2.0 card reader, Dual-Channel Fan Controller, eSATA port ready, and Multi-I/O function.

The back of the packaging includes the same list from the front but a little more detailed. There is also a note that the Master Panel II includes support for Win 98SE/ME/2000/XP/Vista and support for Mac OS 9.x/X or above. 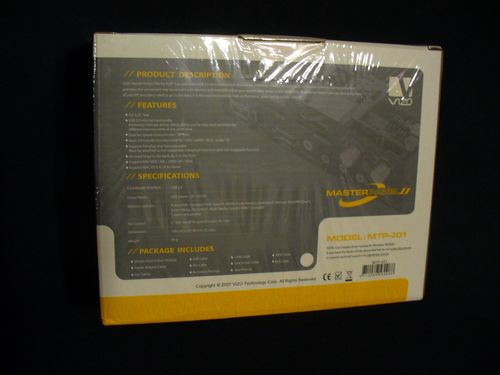 Installing the master panel can be intimidating with the amount of wires that it comes with. It’s also a nightmare for someone like me who tries to keep the wires organized in their PC. The eSATA cable is simple to install, you just plug the SATA cable into a SATA plug on your motherboard. The USB and Firewire plugs are almost as simple also. The USB plug for the card reader portion is only a half plug, simple to install but unless you have another half plug in the future you will be wasting the other half of the USB header.

Installing the fan controls Is where is starts to get complicated. The fan harness itself includes one molex connector so you can power the controller. Then you have to plug the harness in line with two of your fans. By this time you can imagine the wiring mess you’re starting to get. Then we come to my favorite part of the whole install, front audio plugs. This should be easy right? Your motherboard or sound card includes a header to plug into to hook up your front audio ports. Instead they have included a pci expansion slot cover with a hole cut into it. The reason for this is so that you can plug your audio cables into the plugs ON THE REAR OF THE CASE. They had me up too here. You also have to do the same thing with the included RCA cable for video. 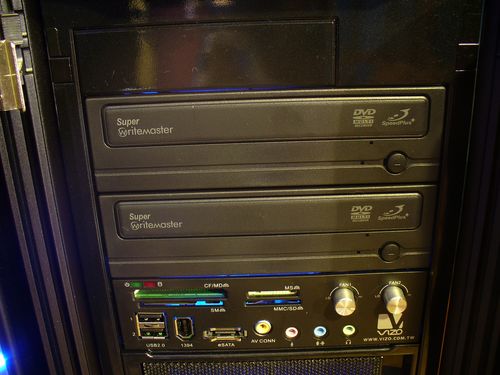 Vizo was thinking in the right direction with the Master Panel II. In fact I was very disappointed once we got to the audio cables. An all in one product like this could help a lot of people who are not happy with the placement of their front control panel on their case. I wonder if they could product a cable that plugs right onto the header? This would fix the biggest problem with the Master Panel II. Other than that it’s a good product. The card reader works well, and for some people it would be a major improvement to have an eSATA port on the front of their computer. Its even a sharp looking product to go in just about any case 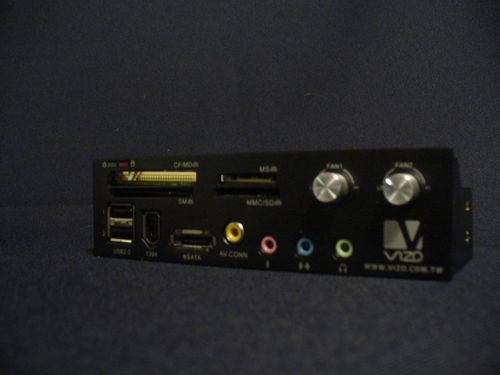 You might call him obsessed or just a hardcore geek. Wes's obsession with gaming hardware and gadgets isn't anything new, he could be found taking things apart even as a child. When not poking around in PC's he can be found playing League of Legends, Awesomenauts, or Civilization 5 or watching a wide variety of TV shows and Movies. A car guy at heart, the same things that draw him into tweaking cars apply when building good looking fast computers. If you are interested in writing for Wes here at LanOC you can reach out to him directly using our contact form.
Discuss this article
Log in to comment
Posts in discussion: Vizo Master Panel II