Is it a hawk? (okay they tell me its a falcon) I’m not 100% sure but the Aorus logo is both up in the top left corner of the box as well as in the background covering most of the box. Behind that is a black background with a touch of orange. The orange goes well with the orange in the model name. Speaking of is this really the Aorus X470 Aorus Gaming 7 WiFi? Seems a little repetitive, it’s a sub-brand of Gigabyte so for my sanity I will be using the Gigabyte brand at the beginning and leaving the Aorus in the middle of the product name where they put it. Anyhow the rest of the front has a few small badges to show the Ryzen support, the AMD socket and chipset information, and a few of the boards features. On the back of the box, you have a full photo of the board that also shows the bottom as well to slip in a picture of the shield on the bottom. There is a specification listing, a short one but its something. With that, there is also a line drawing of the rear I/O. The rest of the back of the box is filled with photos up closer on some of the different features. 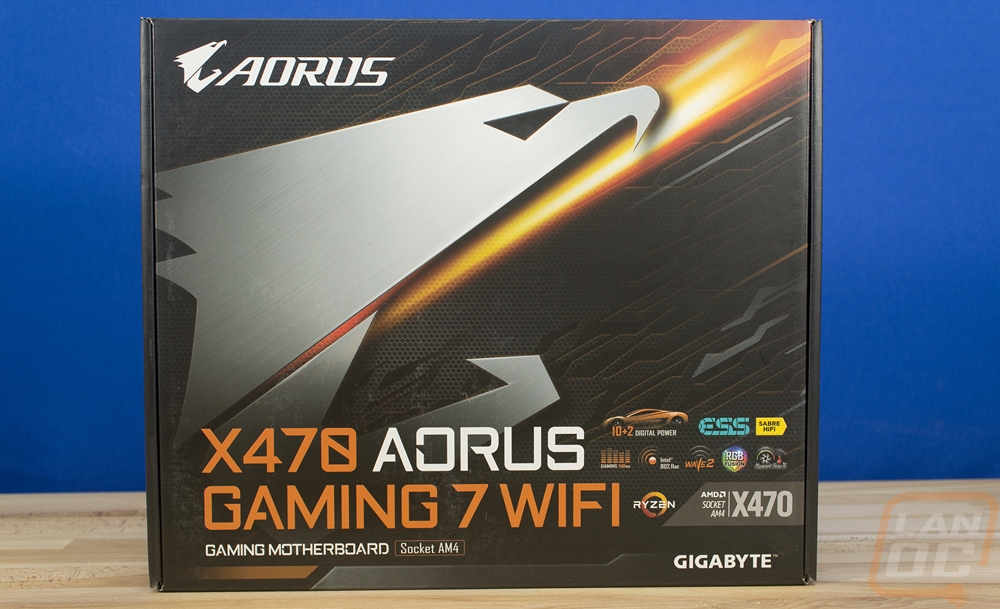 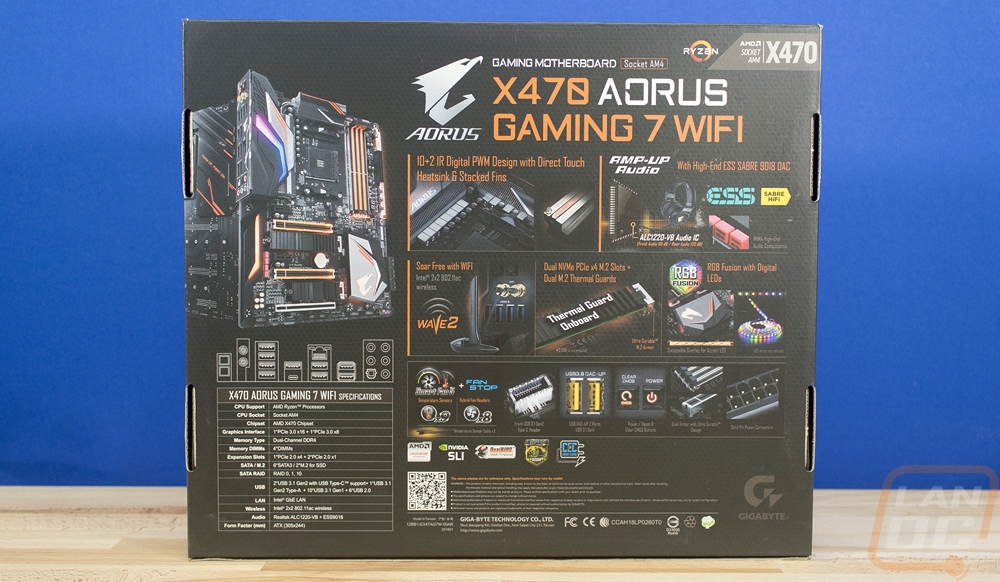 Inside the box, the Gaming 7 comes in a static bag like always. Then it sits in a cardboard tray that is floating up above the documentation and accessories. With the documentation you will find a large sticker sheet, Gigabyte has moved to a metallic like finish and with everything all together including Aorus branded cable tags. This is exactly the same as what Asus has been doing, part of me likes that you get these with Aorus branding in that orange but I also would prefer to see them do something unique as well. You get an installation guide along with the full user manual for documentation. Then tucked inside of those you will find two software discs. One has the drivers and software and the other is just for the included WiFi card. I think someday companies are going to need to start putting all of this on a USB drive, I know I never use a DVD drive in any of my builds. Not in the last 8 or 9 years really. Plus a USB drive (while costing more) would be an awesome usable piece of swag to get with a product purchase. 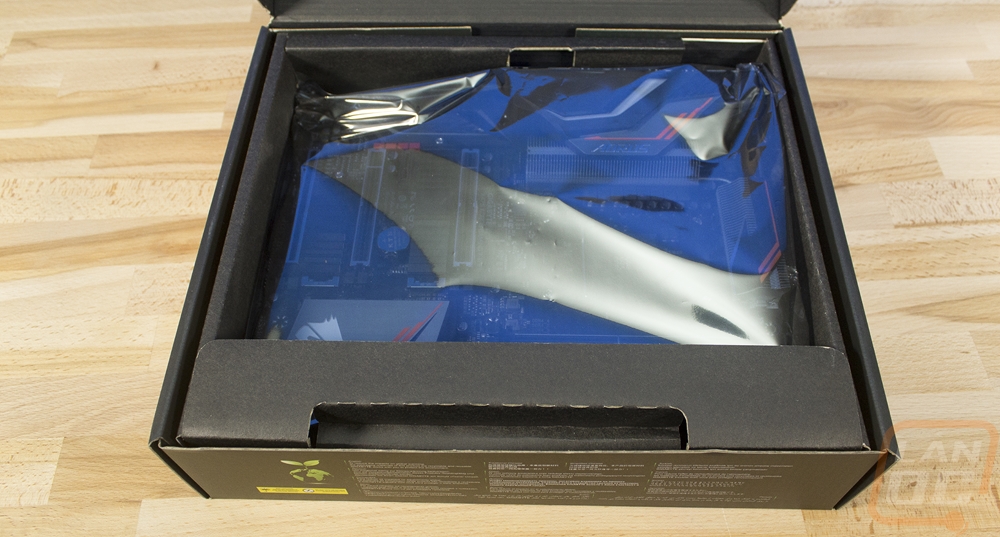 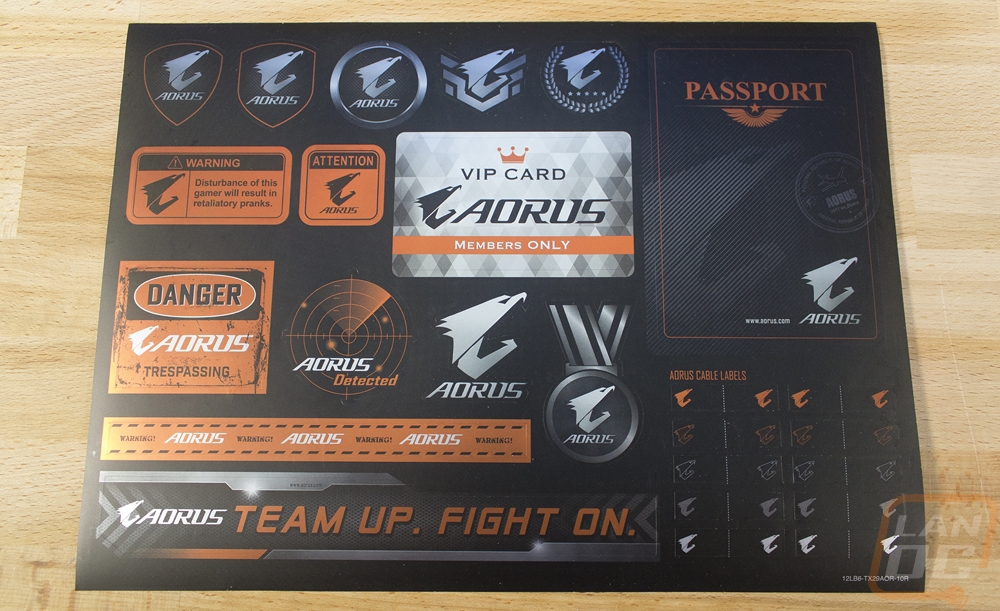 For accessories, the Gaming 7 is a high-end board so Gigabyte doesn’t skimp. You get two bags with two SATA cables. Then there are two thermal sensors that you can install and place around your case for even more temperature measurements. They give you two Velcro straps to help clean up your wiring with the Aorus branding on it. You also get a bunch of M.2 screws and standoffs. There is a front panel I/O cable helper and an all black HB SLI bridge as well. Then two RGB lighting cables, one is a splitter for normal RGB connections and the other is for addressable LED connections. 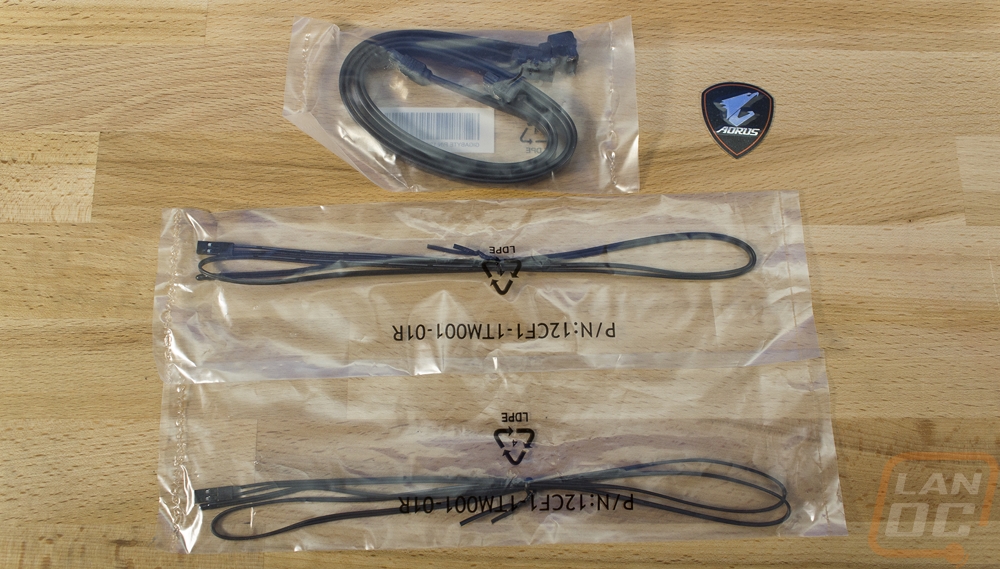 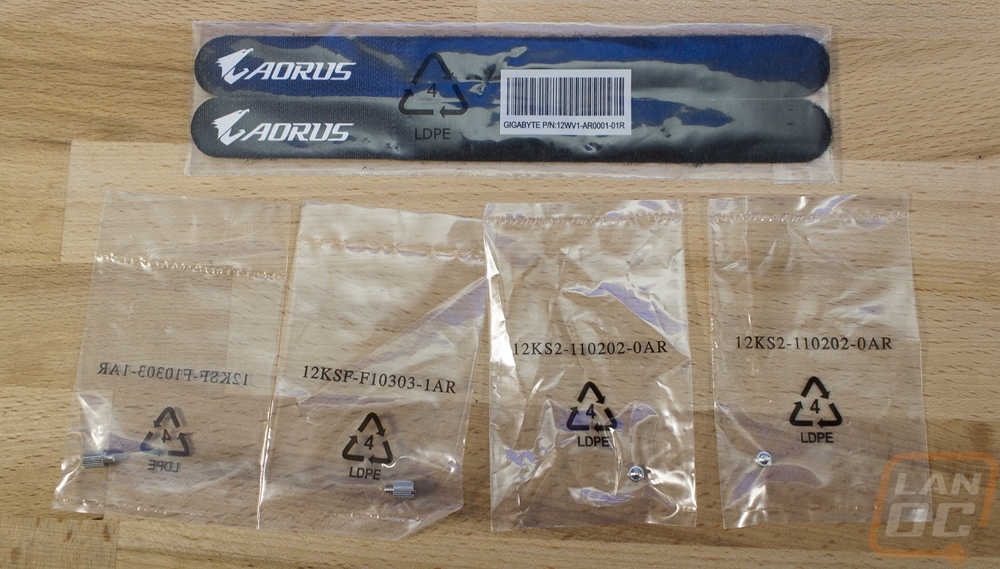 For the built-in wireless Gigabyte kept things simple and went with their normal antenna. They have been using this style for a long time. It can be mounted a few different ways or placed on a table standing up. It is magnetic and not too large. 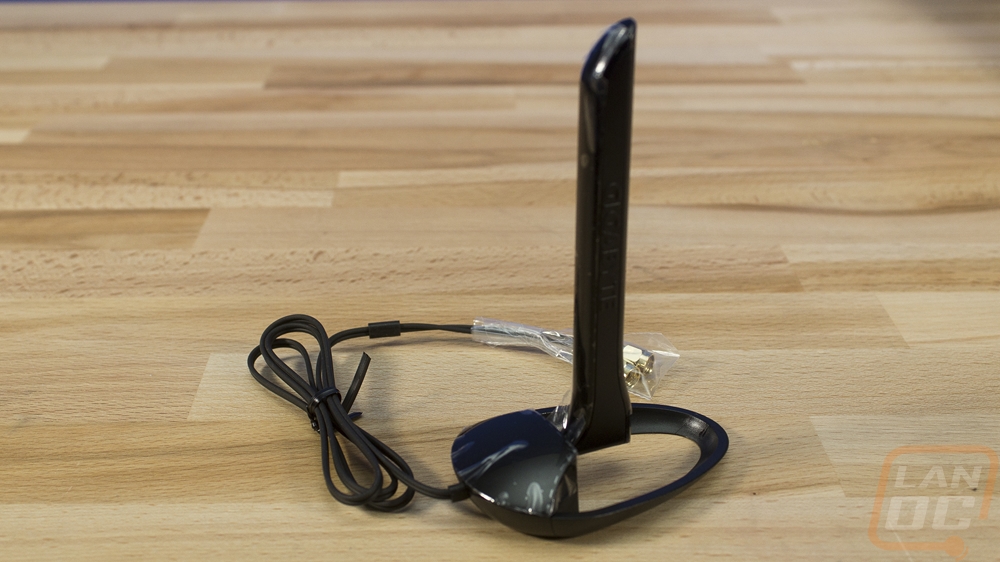 We have 1016 guests and no members online