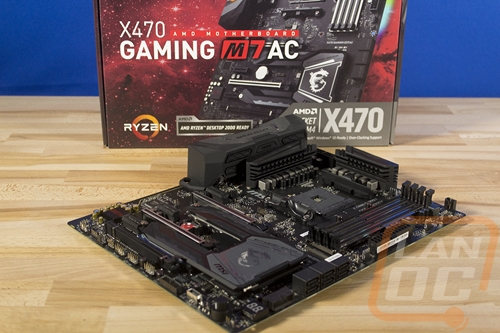 For performance testing, I’ve mentioned it a lot in the past but it’s always good to post up a reminder. The performance between different motherboards really isn’t big unless you have one company overclocking or underclocking the CPU. So most of the testing below is just to keep everyone on the up and up and make sure there aren’t any issues. Not to mention with this being our first X470 review I don’t have any numbers to compare just yet. First though, here are our CPUz readouts so that everyone can see our exact configuration and BIOS revision. 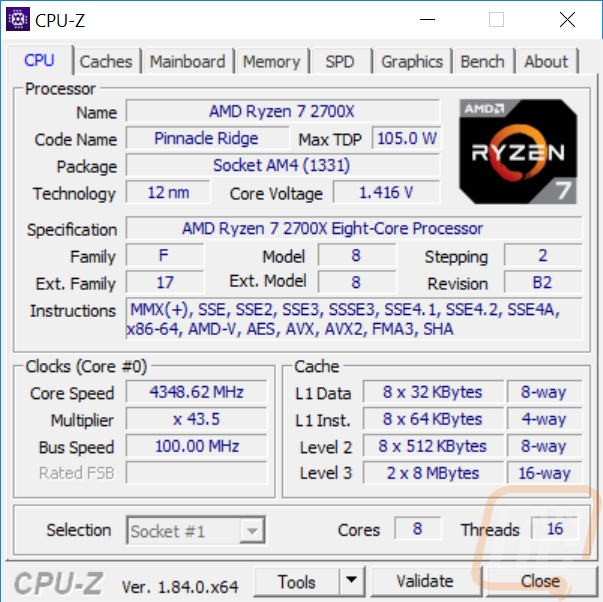 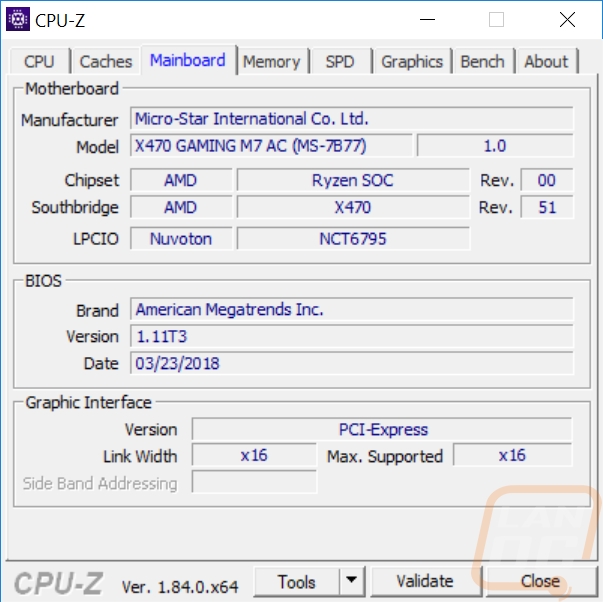 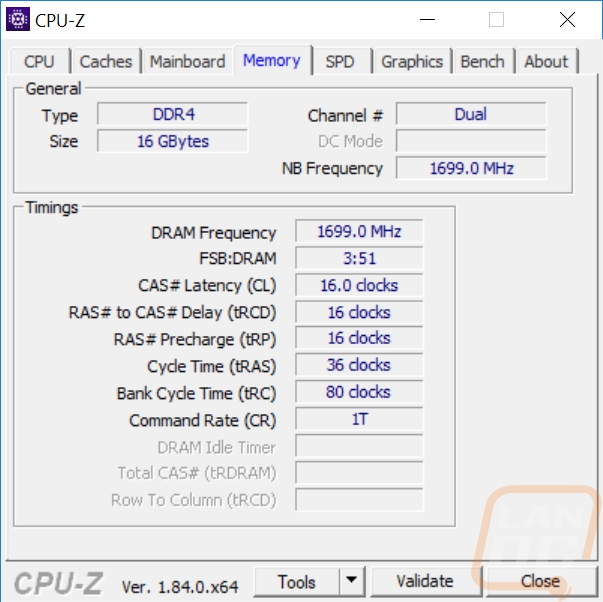 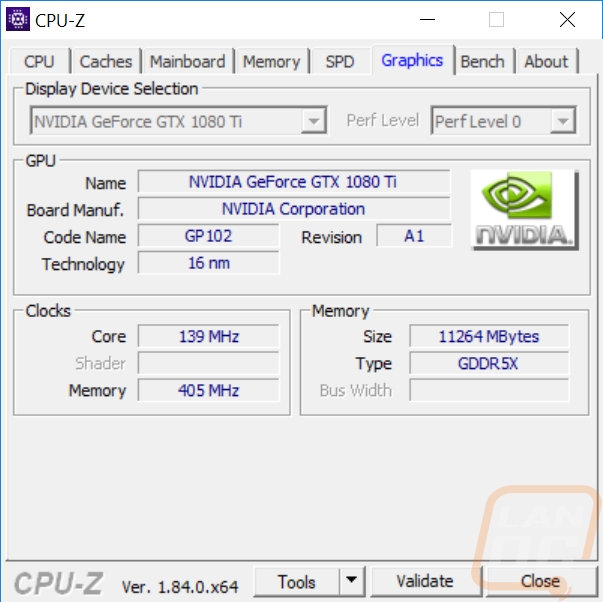 So all of the standard benchmarks that I run came out about where they should be. Pairing the 2700X with the GTX 1080 Ti creates a monster PC right out of the hole. Gaming performance was good and of course, the 16 threads handled all of the other tasks. It was the network speed that I was most curious about, MSI went with a Killer E2500 NIC over Intel. While the numbers weren’t slow I would normally see something close to 925 in average network speed in our test so I suspect that once I get more numbers for comparison that is going to be a touch low. The wireless, on the other hand, was well above what I normally see, ironically that is on an Intel chipset lol. Overall I think most people will be happy but the week point performance wise did seem to be the wired NIC with the wireless being the strong point. I expected the wireless to not perform as well because MSI went with direct mount antennas that can’t be pulled up away from your PC for a better signal, so your results could vary. 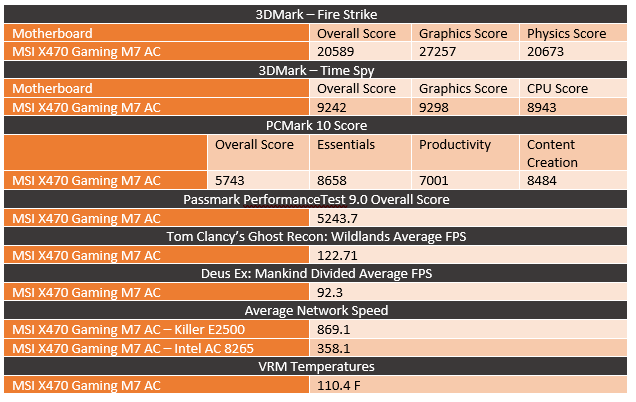 This time around I also added VRM temperature testing as well as you may have noticed the numbers above. Well, I busted out our new Flir and got our numbers from that. But don’t worry I didn’t just grab the numbers, I included the pictures below. What you are seeing in the pictures is the top the higher temps are the temperature of the PCB and VRMs under the cooler and the lower numbers are the temperatures at the outside of the heatsink. It looks like MSIs cooling is doing its job and cooling things down, I will have to wait until we get into our other motherboard reviews to know just how this compares to the competition though. 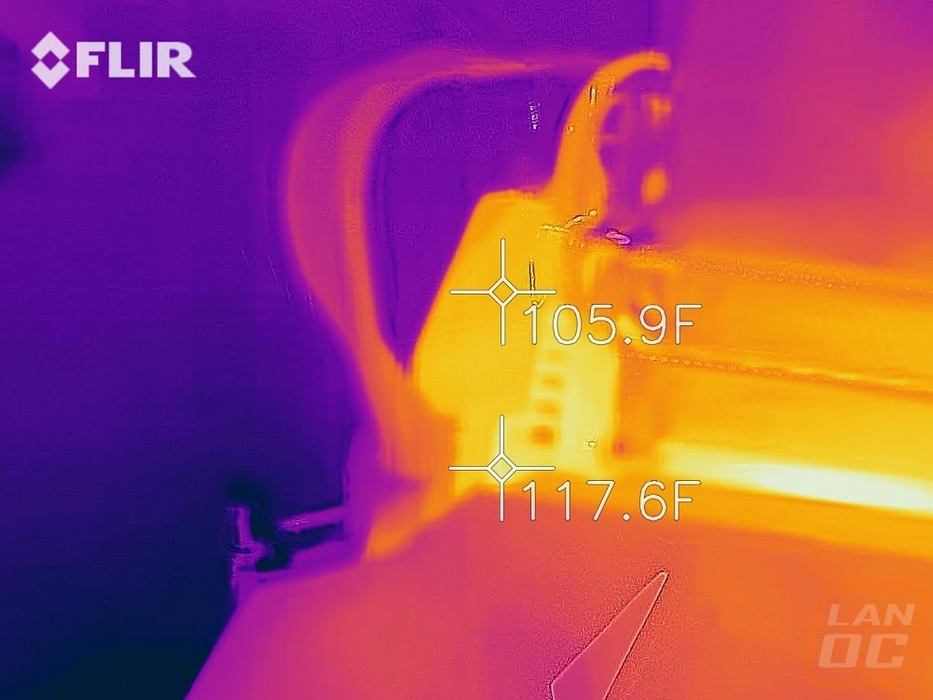 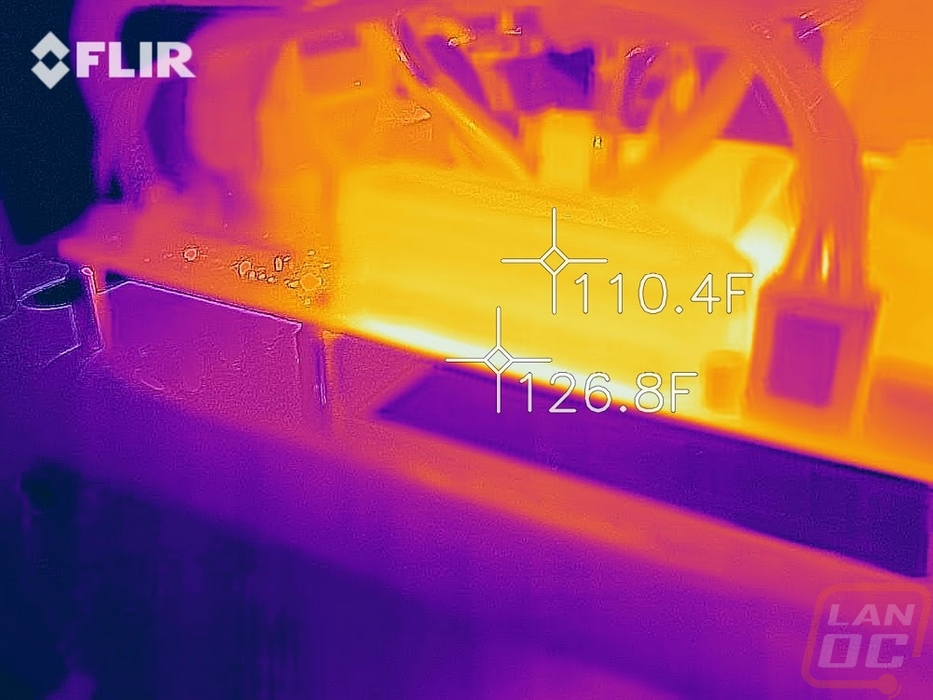