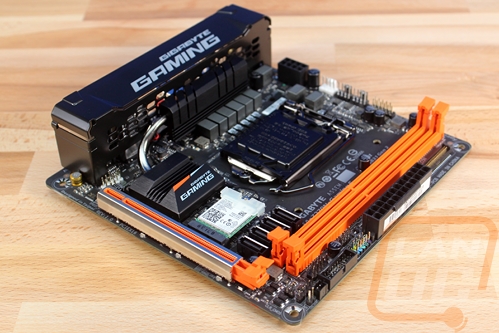 Performance testing of motherboards, for the most part, doesn’t really show much, it is really just a goo way to make sure there aren’t any glaring issues with the exception of checking on things like network card performance. This is because both AMD and Intel have integrated just about everything into the chipset itself. So for testing of the Z270N Gaming 5 I kept things simple and ran through a few different tests using overall benchmarks like PCMark and Passmark, a gaming focused one in 3DMark, actual in game performance in Deus Ex and Hitman, and then I check out the network cards performance as well. For the testing, I have an RX 480 for the GPU, a 7700K for the CPU, and a pair of Kingston HyperX Fury DDR4 with the XMP turned on to their 2666 MHz clock speeds to keep things consistent. I’ve done this test on a few boards now with all but one being a Z270 chipset and that single board was the H270 that I recently took a look at.

So how did the Z270N Gaming 5 perform? Not surprisingly in all of the standard tests that rely on the GPU, CPU, and memory speeds the results were right in the middle of the average across all of the 270 boards. My main focus was really on the network average speed tests as that one does sometimes vary. I tested using the built-in wired network card and the wireless. The wired is an Intel NIC but the specifications don’t actually list a model name. It performed right up with the other Z270 boards that I have tested in the past with a 928.2 Mbits/Sec average speed. The wireless was tested in Wireless AC mode with our office Ubiquiti UniFi setup for the fastest possible speeds. The end result was 231.0 Mbits/Sec and this was similar to the last wireless board tested but I should mention that the wireless connection wasn’t as solid for me than I have seen on other boards. I tested another Z270 ITX board that I will be writing about soon and didn’t have the same problems, I think if you plan on using the wireless all of the time you might want to consider picking up a better antenna to hook up to the Intel NIC.