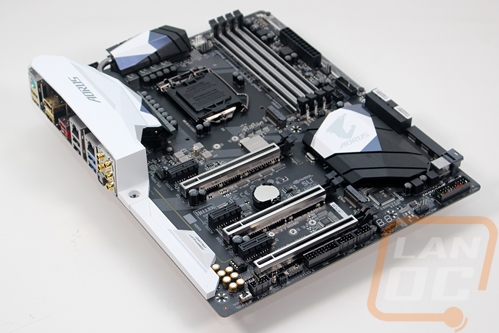 For testing of the Gaming K7, after messing with the software I made sure I had my RAM setup to the XMP profile and went through a few basic tests to make sure things were running well. Most motherboard tests aren’t really good for comparing between boards, but as you can see below, the Gaming K7 did perform well with the i7-7770 and an RX480. The Deus Ex results would have me adjusting the settings down slightly, but that is on the video card, not the board. I think the only really important test was the network cards and that is because the Gaming K7 actually comes with two different high-quality NICs. The Intel NIC is a solid pick and most people would be happy with that but they also included a Killer NIC E2500 for its gaming QoS performance. Both performed well across the office network with no sign of the weird issues I would have with older Intel NICs on our Trendnet switches. The Intel performed slightly faster, but I wouldn’t read into it much. They would both be great to use or you can even team them up together and double your transfer rates as well.

Given the popularity of aesthetics these days, I couldn’t really get through the performance testing without also checking out the RGB lighting on the board. I left the lighting set to the stock RED for my photos, but you can set them to any color you want. I was curious how that weird lightbar on the right side of the board would look. In the end, it was a little brighter than I prefer, if I had this board in my PC I might turn it down unless I had a custom bar made to show it off. I love the lights around the CPU cooler that light up that are a little. I don’t care much about the lighting in the rear I/O cover as well. It's mostly the lighting between your video cards, between the ram, and around the CPU like I like because they put the focus on the main parts of your PC. 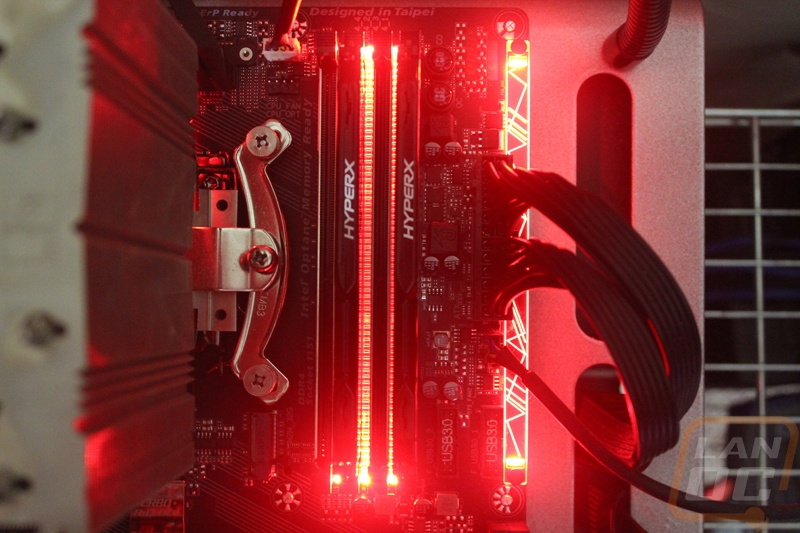 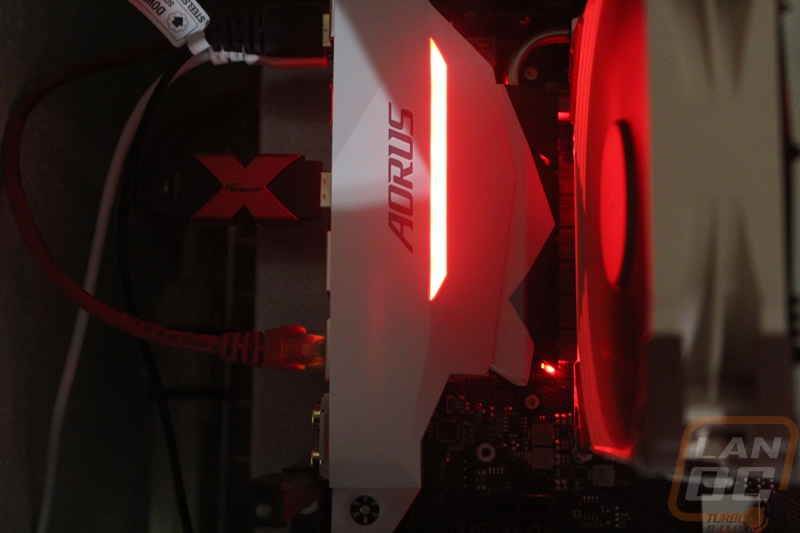 We have 1429 guests and no members online