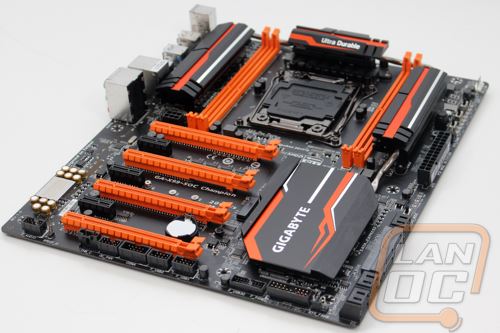 Right from the start you can spot the X99 SOC Champion’s packaging when next to other Gigabyte products. Being an overclock board they use the same orange that is used on the trim on the packaging as well to highlight part of the name as well as the side of the packaging. The front of the box has the X99 SOC Champion branding in huge letters along with a Overclock logo. The two intel logos are smaller as well as the Gigabyte branding as well. Then in the background there is a formula 1 car to highlight that this is their fastest board. 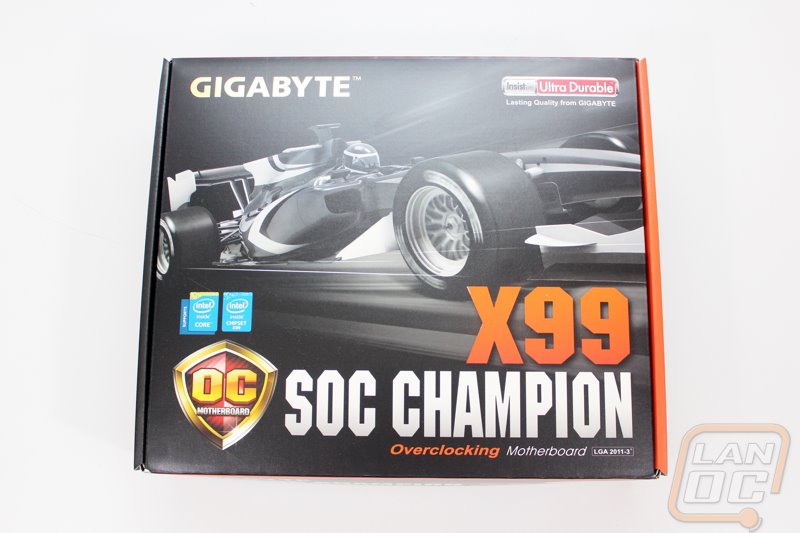 Around on the back Gigabyte has a few photos of the mothboard including one with a ton of lines coming out of it with highlights of each of the boards features. Over on the left they have featured a few of those features with closer photos of each. They also slipped in a photo of the board with four video cards on it as well to show off its quad SLI and Crossfire support. Beyond all of that there is a small specification listing as well as a photo of the rear I/O panel with labels to show all of the connections you will get with the X99 SOC Champion. 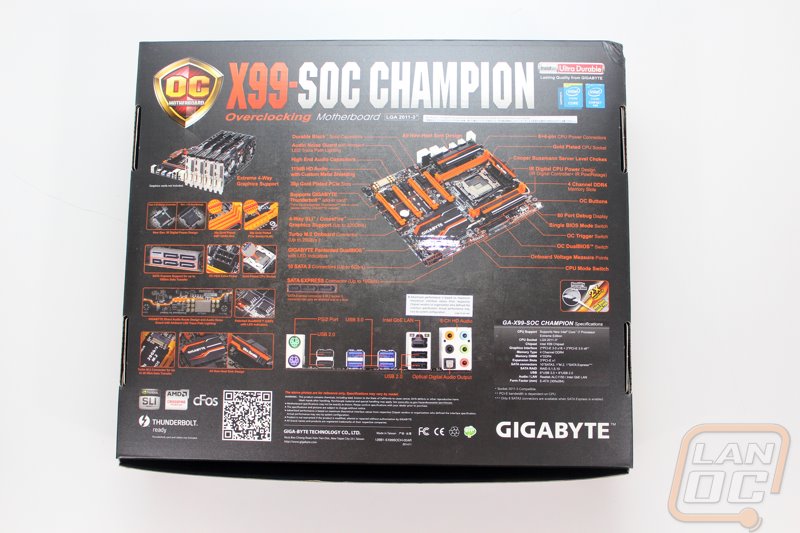 Inside the box the motherboard is wrapped up in a static protective bag and then it sits in a cardboard tray that can be pulled out. Up under that tray are all of the accessories and all of the included documentation. For documentation you get a thick users manual as well as a multilingual installation guidebook. You also get a dvd with the drivers and software as well. For accessories you get a blacked out rear I/O panel with easy to read white lettering. Being a premium board the I/O cover doesn’t use the small springs that sometimes get caught in I/O plugs, instead they use a foam backing that still keeps things tight. For SATA cables you get four all black cables with two of the cables having a single right angle connector on them should you need that option. 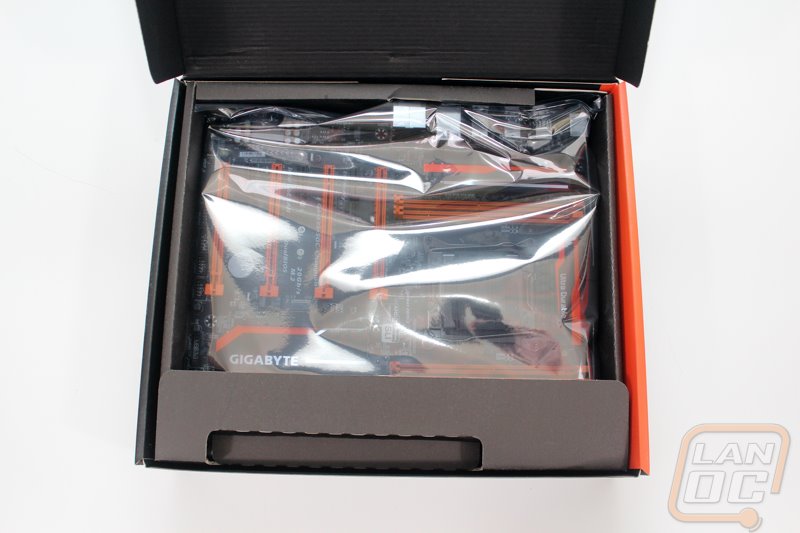 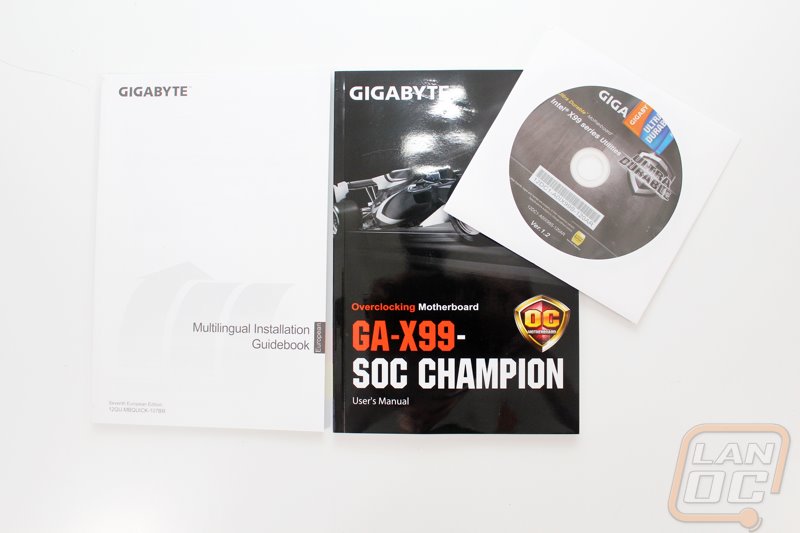 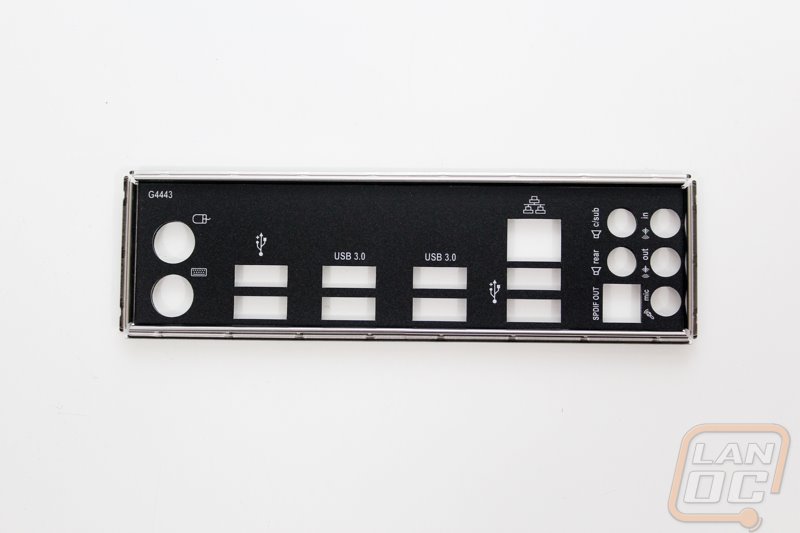 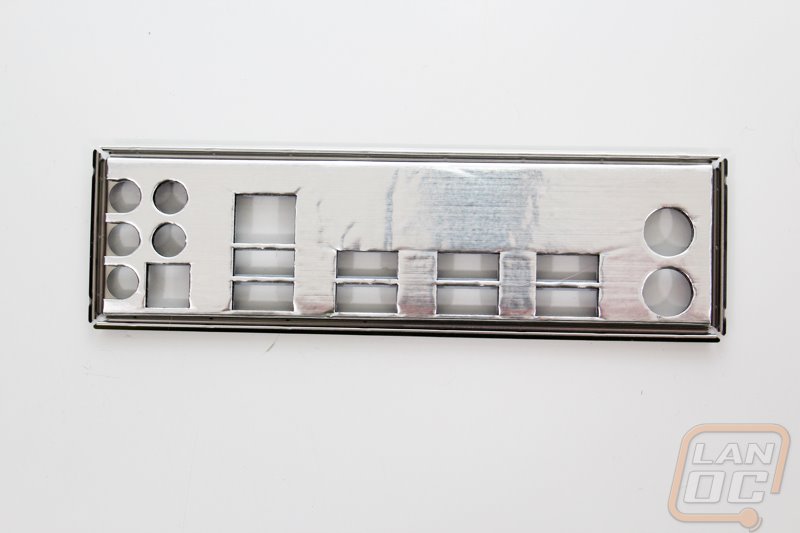 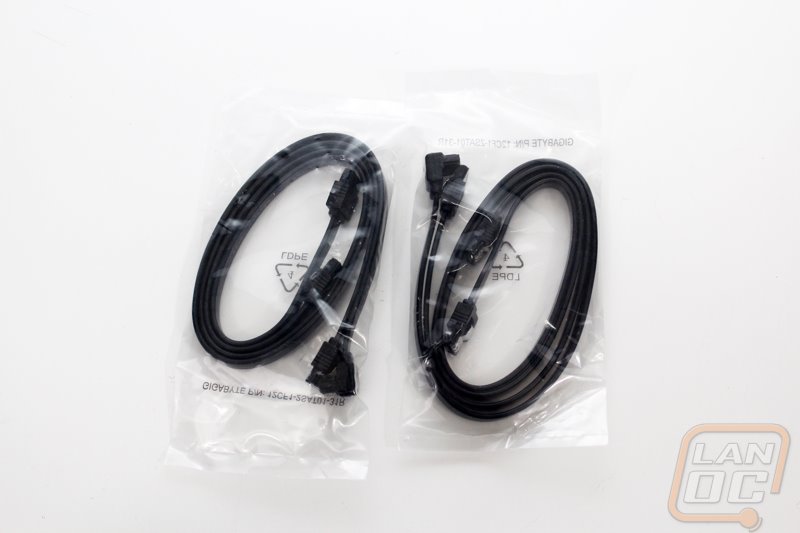 Really the coolest thing that comes with the X99 SOC champion to me is the collection of SLI and Crossfire bridges. You get two different three way SLI bridges depending on the card configuration you want to run, those and the quad SLI bridge are all three solid PCB bridges. You also get a single flexable SLI bridge for dual SLI configurations. What really stood out was the inclusion of a crossfire bridge though, normally those come with the cards themselves. All five of the included bridges are all blacked out. We see this more with SLI bridges because they come with the motherboards, but it is awesome to finally see a nice blacked out Crossfire bridge. It’s a shame that the 290 and 290X don’t use them anymore! 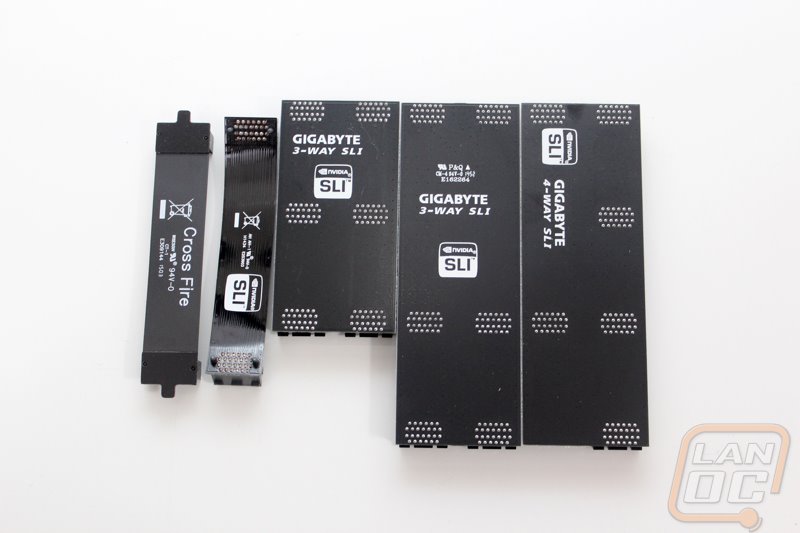 garfi3ld replied the topic: #36624 22 Apr 2015 18:36
Today I check out a motherboard that is sporting a sharp LanOC Orange color scheme. Check out how it performs inside!