Getting an overall look on the board it’s hard to not notice the variety of colors Biosstar has used on the TPower X79. You have grey and red in the cooling along with white, blue, red, and even yellow being used on various headers and slots around the board. This is something we used to see more in the past, more recently manufactures have started to use more subtle and muted colors. That’s not to say that the board doesn’t look good, it’s just before you close some of that up, it’s a lot to take in. 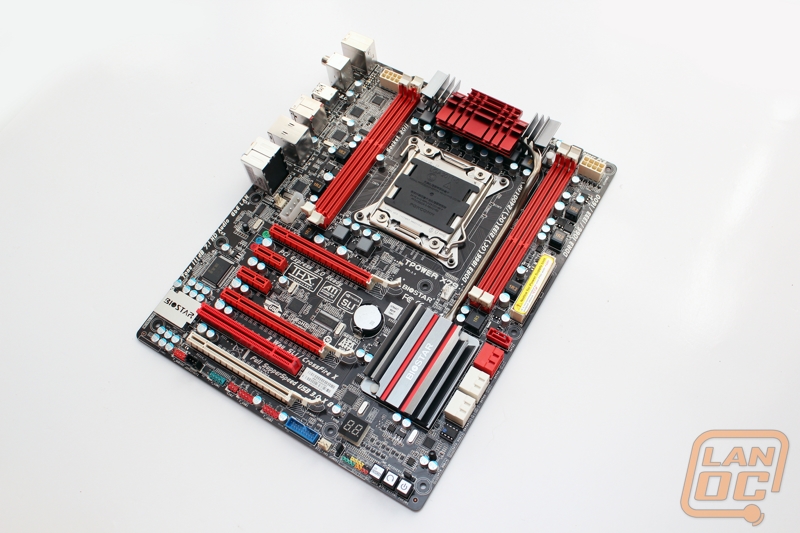 As with every other LGA 2011 board you have the standard dual spring design that takes a little practice to get used to. 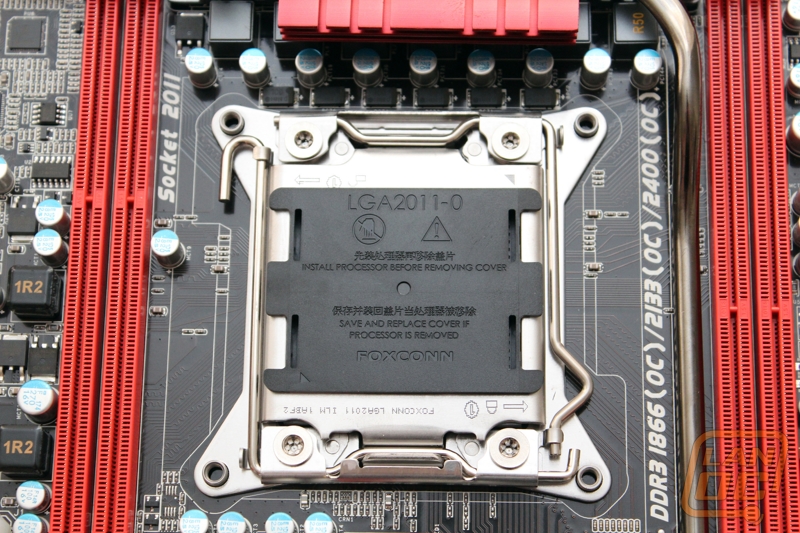 Starting up top, you can see both of the boards 8 pin power connections. The fact that Biostar is putting two power connections on at all is a big clue that this isn’t your standard budget board like what we would normally see from them. I don’t like the use of the white on them, but once you have your power hooked up you won’t be able to see the white anyhow. Oddly enough, we would normally see a CPU fan header up in this area but this board has the CPU fan header on the bottom side of the CPU socket. 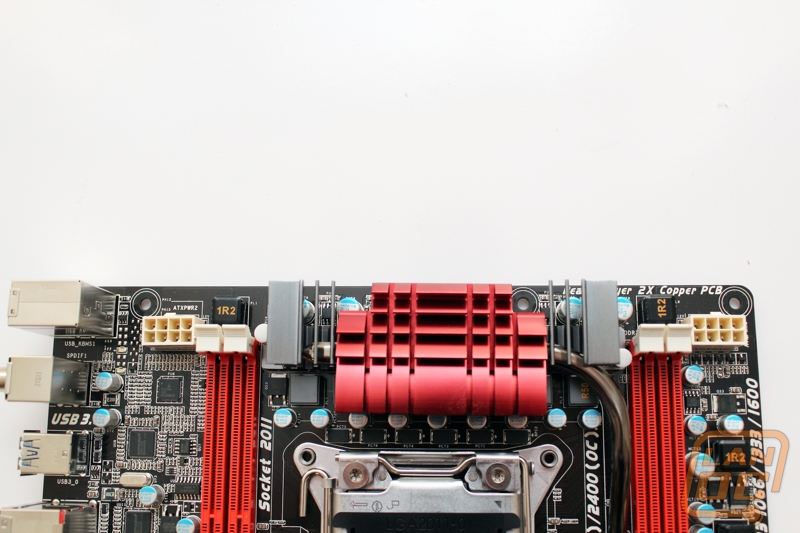 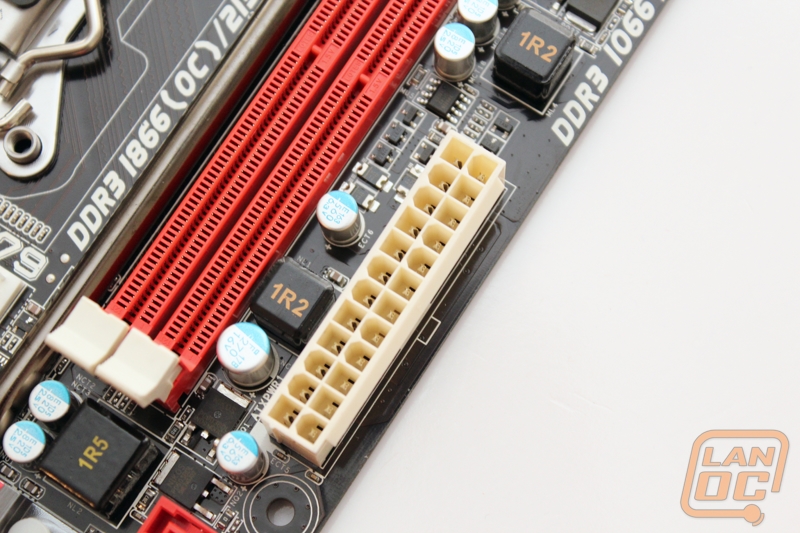 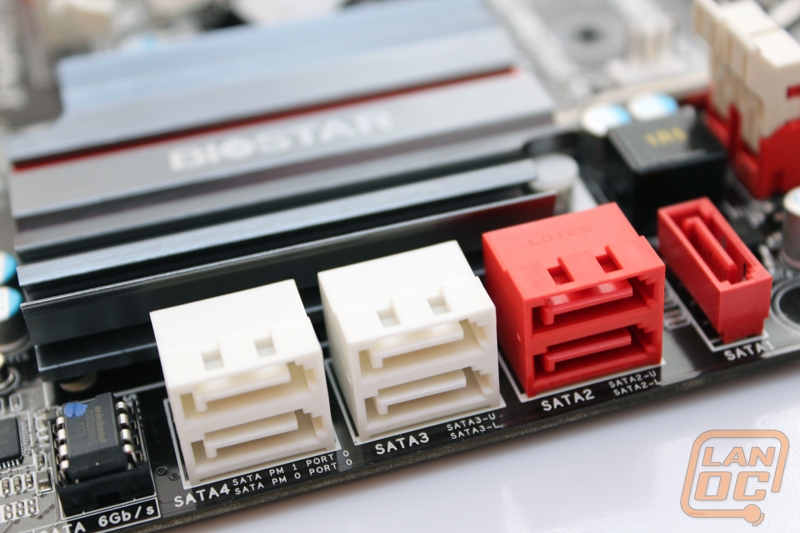 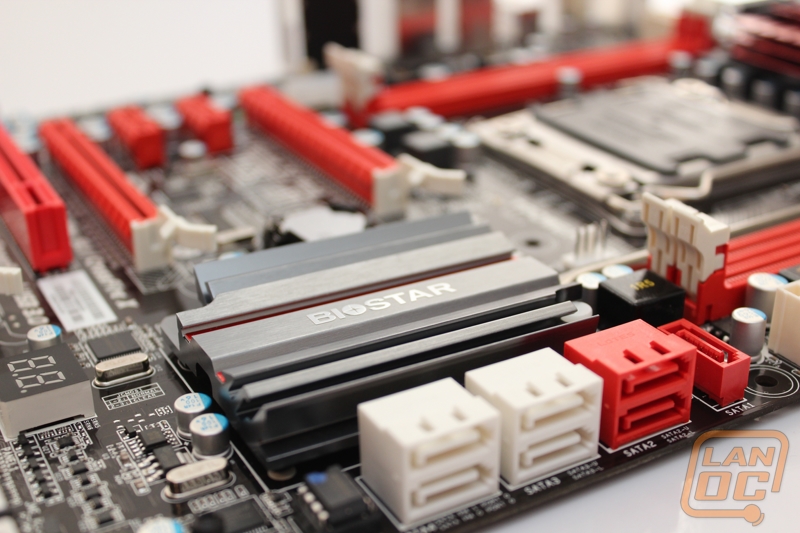 The boards Realtek ALC898 audio is easy to spot with the Biostar logo cut out of the shield. 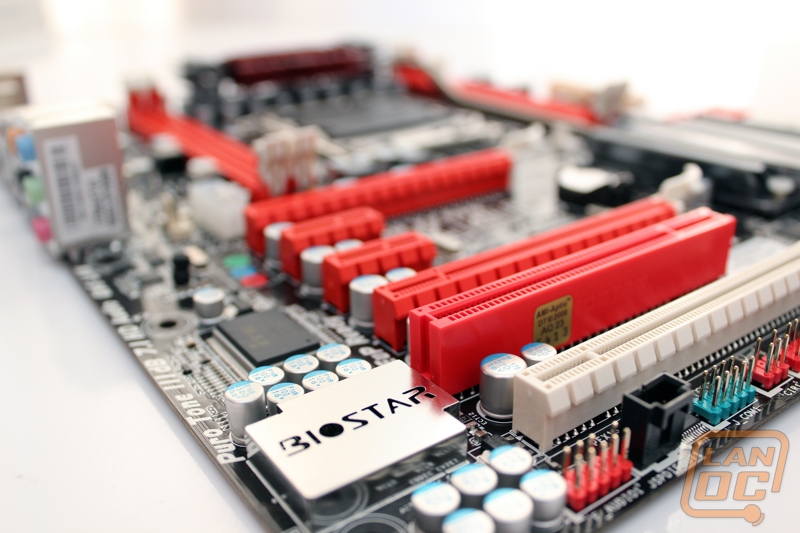 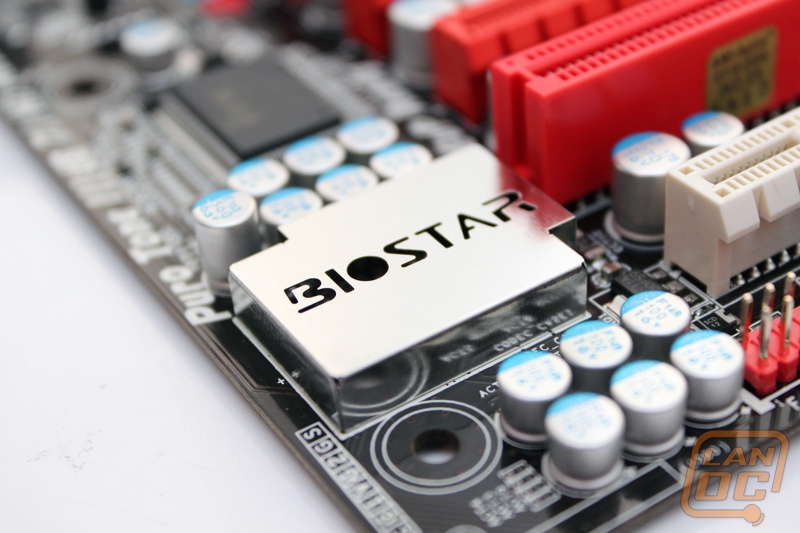 One thing about the board that stands out from most of the X79 boards we have tested in the past is the use of only four DDR3 dimm slots. Other boards have gone with a total of 8 for even more memory capacity. This shouldn’t be a problem for most but for someone who needs 32+ gigs of ram this could be a sticking point. 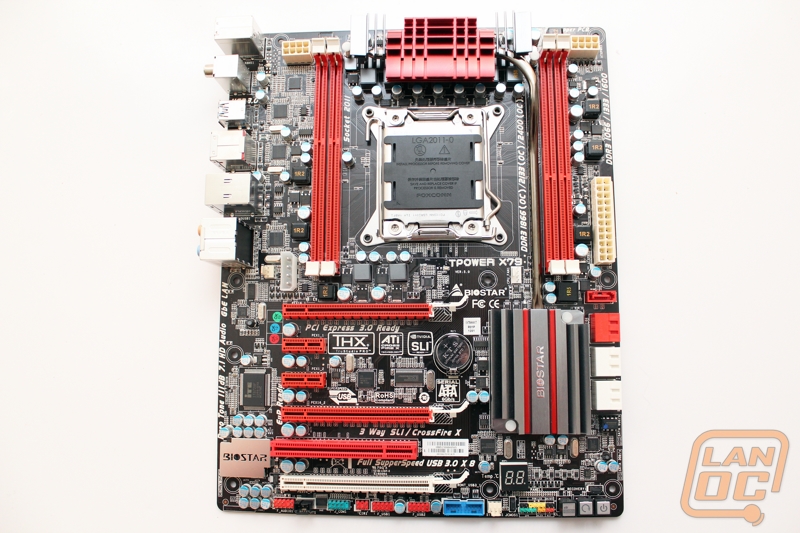 Here is a shot of the bottom half of the board. Starting in the top left you can see that Biostar has included a Molex connection to feed more power to the PCI slots if you are overclocking. You won’t have to hook this up normally, but to get the best performance you should. In this image we can actually see all three of the boards fan headers, I would have liked to of seen a few more. Also only the CPU header used a four pin PWN design, meaning your case fans won’t have the same noise saving features. Along the bottom of the board they have lined up all of the USB and audio headers. You have one USB 3.0 header along with two USB 2.0 headers. On the left corner you have your audio header along with the SPDIF. On the right corner you have a color coded front panel connection along with an LED diagnostic readout. You also have three buttons on the far right, power, reset, and clear CMOS. It’s nice that all three are easy to get to and they are also backlit in different colors making them easy to spot.

The PCI slot layout is as follows, with support for three way SLI and Crossfire X 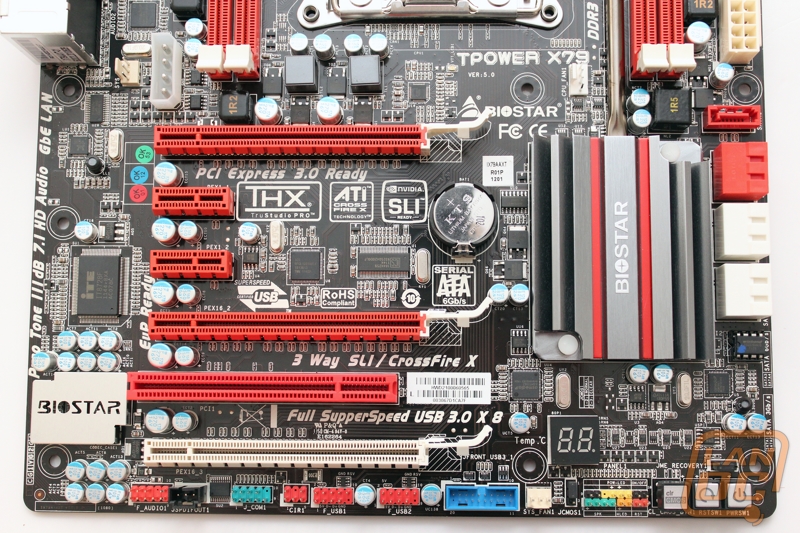 The TPower’s back I/O panel is riddled with USB 3.0 connections with a total of 8 USB connections, 6 out of those 8 are USB 3.0. Beyond that you still have a legacy PS2 connection and the boards 10/100/1000 network connection. Audio ports are fairly standard also with the 6 plugs along with optical. Last but not least they did include a powered eSATA connection on the back in case you have any eSATA devices like I do. 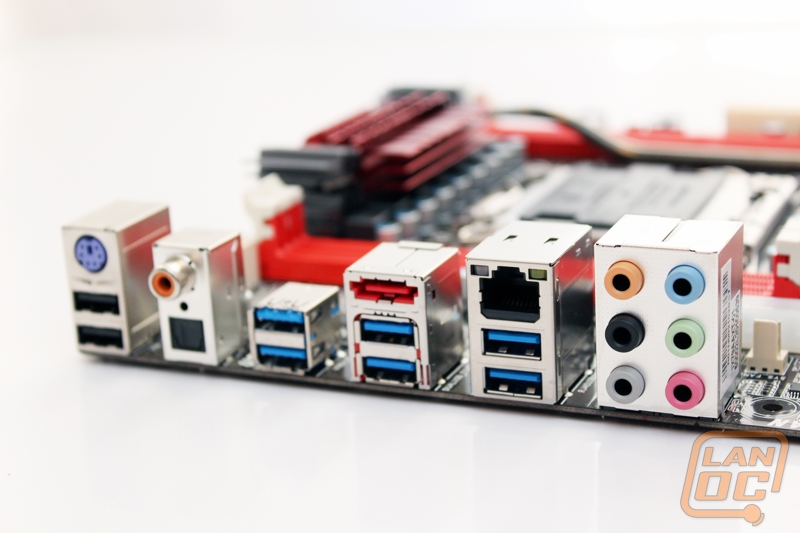 Here is a glimpse of the boards black PCB from behind 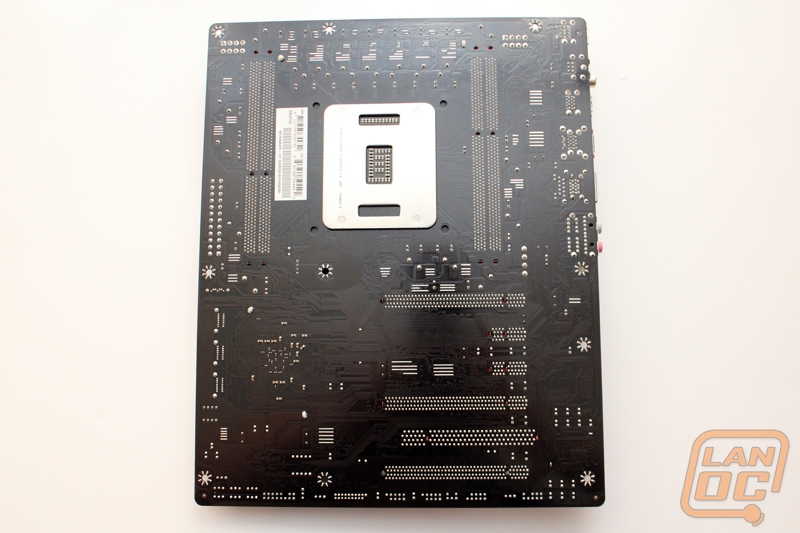 Wingless92 replied the topic: #24703 19 Apr 2012 22:53
I will be interested to see what the support is like down the road. I am wondering what the BIOS updates will look like to be exact. Will they be updating it regularly or skimp. Should be interesting to see.

Then again, most people will buy the 3820 CPU and this would be a great board for that CPU.

For me, i'll stick to the big three, Asus, Gigabyte and MSI.
Read More...

We have 1172 guests and one member online