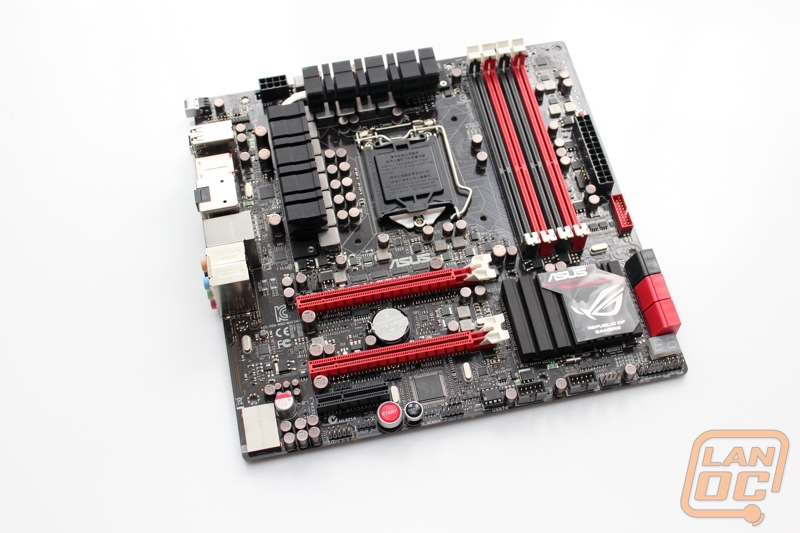 Starting in the top left corner of the Gene we have the 8 pin CPU power connection. Along-side of it there is an odd header that we haven’t seen in the past. This is Asus’s mPCIe Combo header, which goes with the adapter that we covered in the packaging section. When hooked up this gives you the ability to run an mPCIExpress card or mSATA. This means you can add your own wireless card or mSATA SSD if you would like to the Gene. 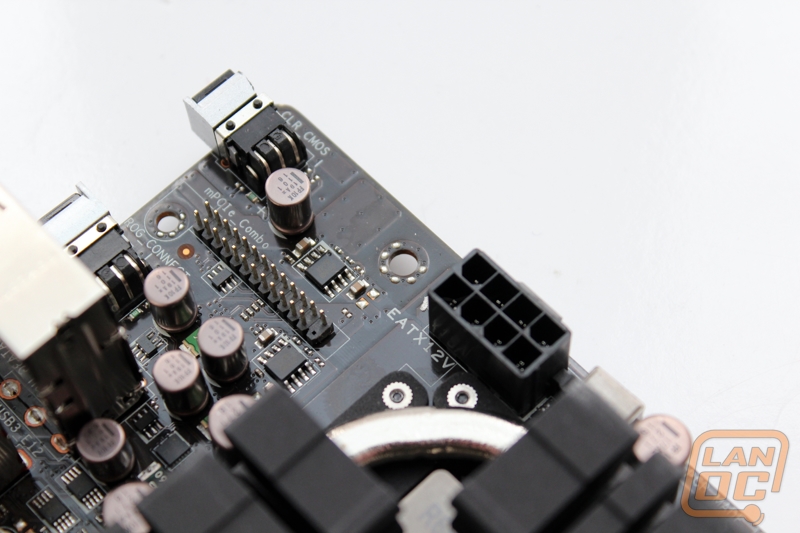 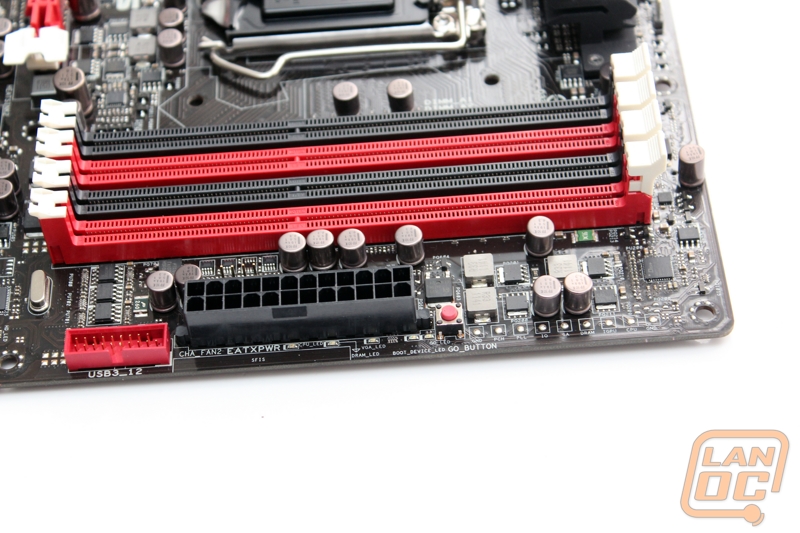 On the bottom half of the right side  below the 24 pin power connection and USB 3.0 header that we have already mentioned you have a total of six SATA connections. Of those six four run on the standard Intel chipset, two red SATA 3 ports and Two black SATA 2 ports. The other two red SATA 3 connections run on a different ASMedia® PCIe SATA controller. This means you can’t run four SATA 6 devices together in RAID, not that you should need to. Just below the SATA ports you also have your diagnostic LED also. 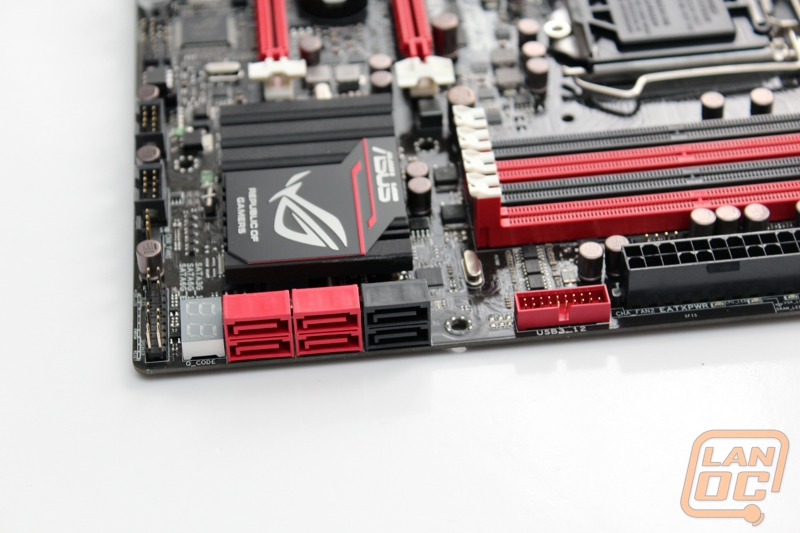 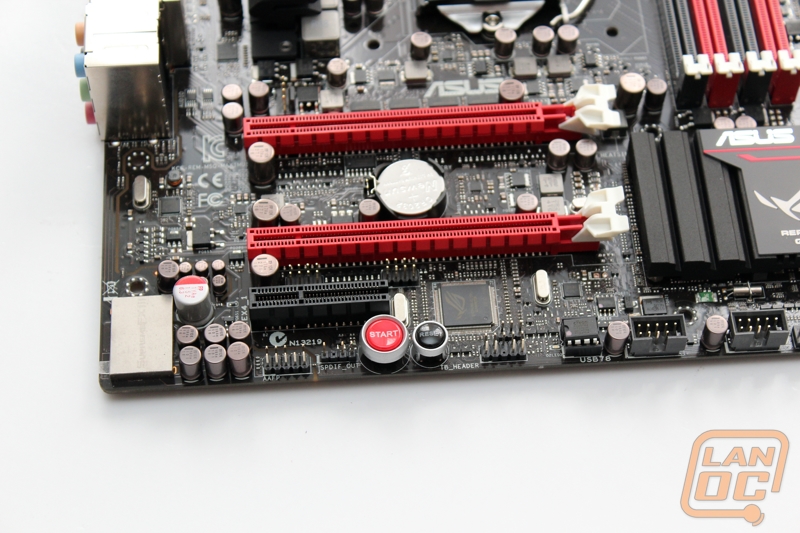 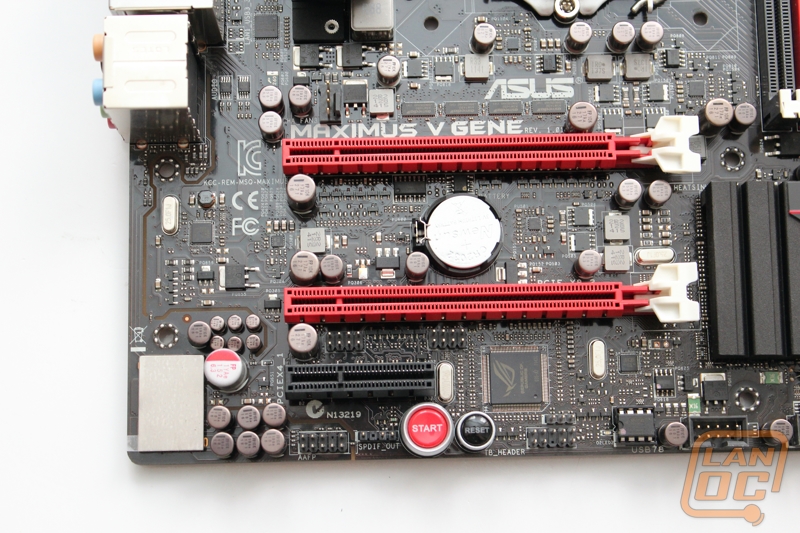 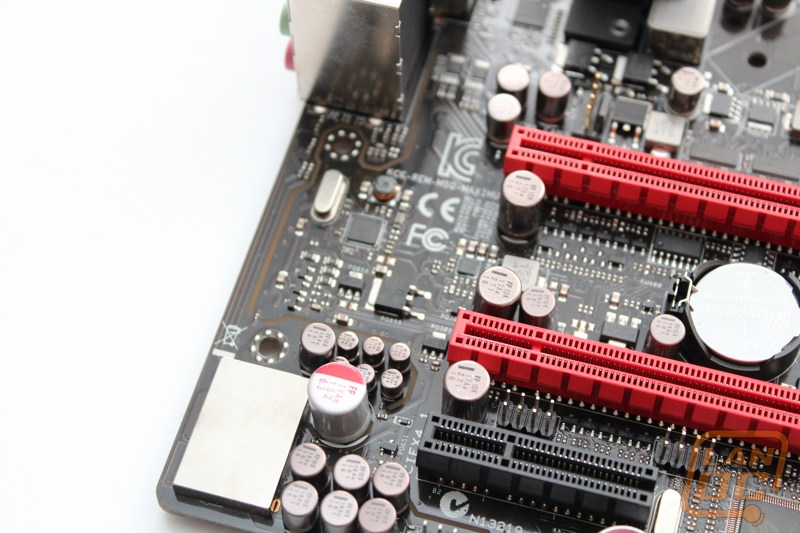 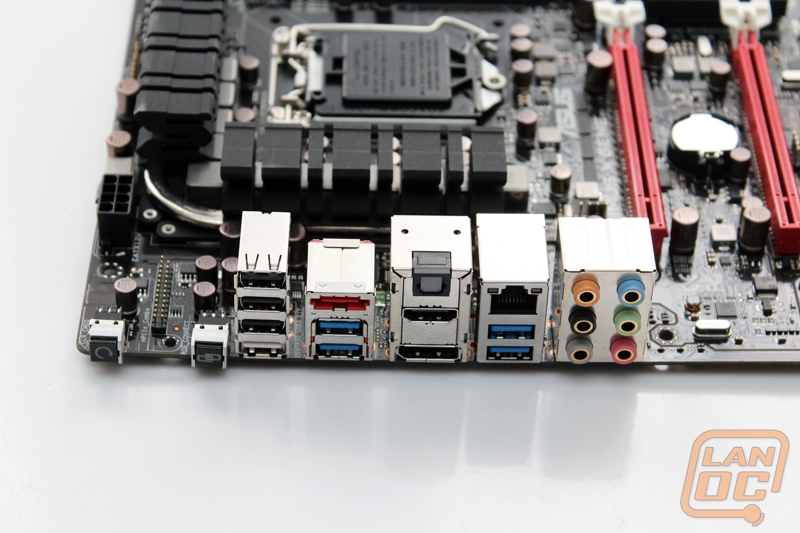 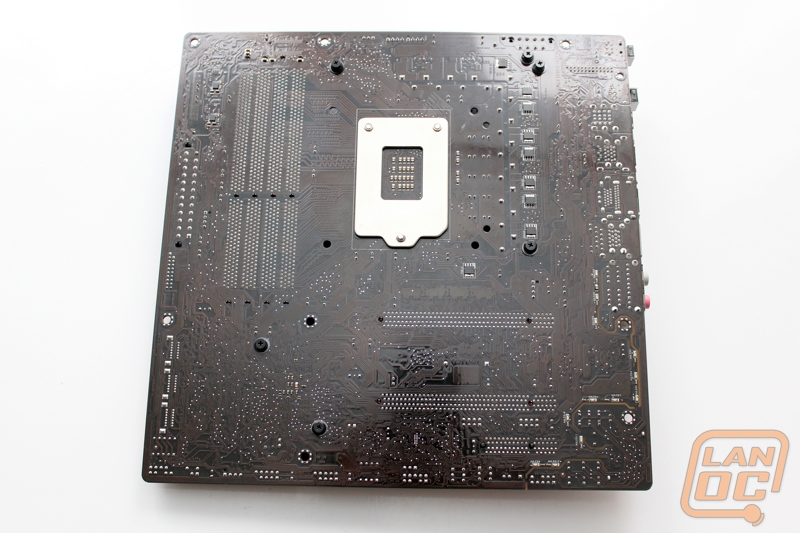 We have 1430 guests and no members online