Packaging
The Maximus V Gene will identify itself on store shelves immediately from the packaging. Those who have had experience with the Republic of Gamers line will recognize the same red-schemed facade as other models such as the Asus Rampage IV Extreme. Even though Asus has scattered hints of what this board is and is equipped with, let's pretend you don't know that the 'V' tells us the board is the fifth generation complete with Intel's new Z77 socket. Let's pretend that you don't know that the 'Gene' handle means the board is microATX form factor. And finally, let's pretend you don't notice the badges scattered around the package explaining that the board supports SLI, CrossfireX, as well as many other enthusiast goodies. To put your curiosity at rest, you can open the front of the packaging to reveal the board behind a plastic window, which is practically a must in such a diverse market. 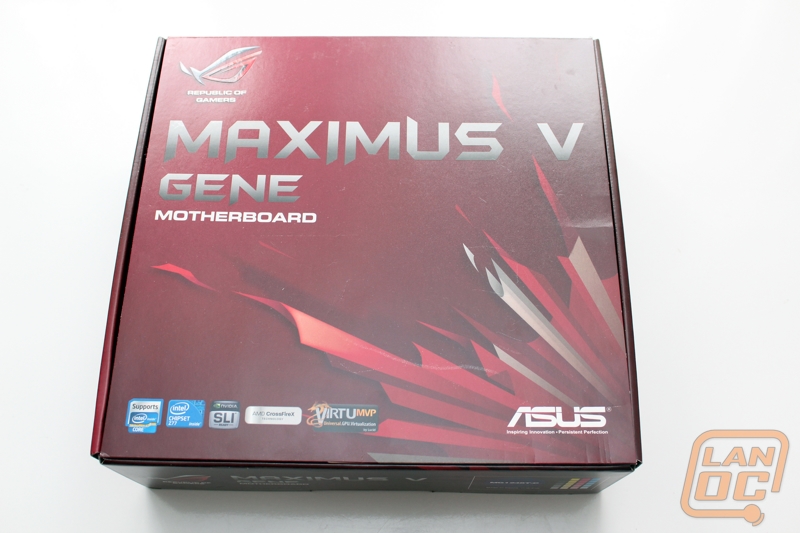 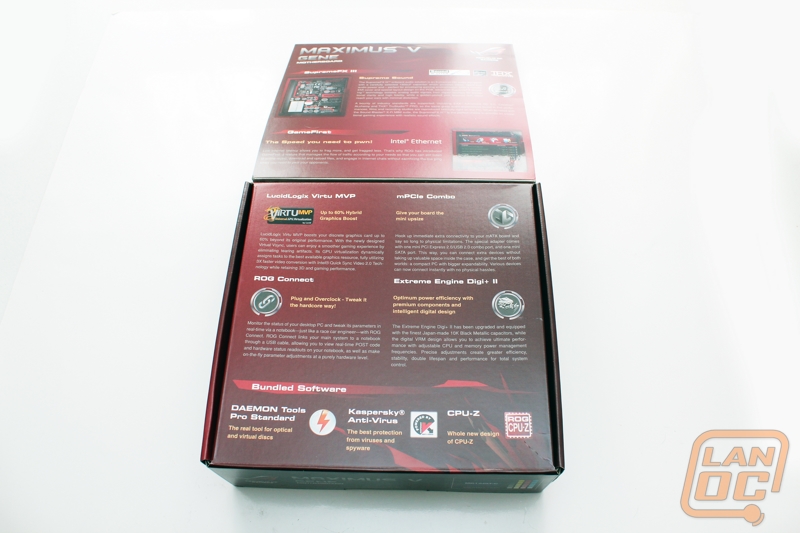 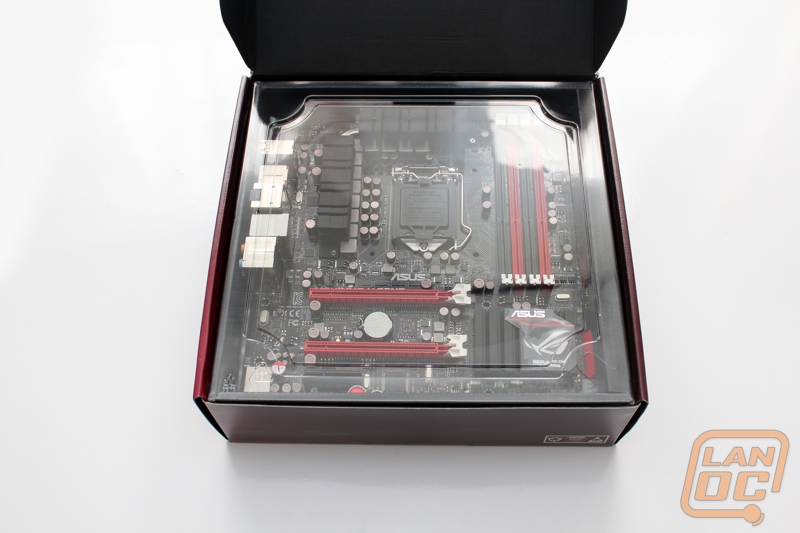 Removing the board (I'd suggest purchasing it first) will show the home of the included SATA cables, SLI bridge, and I/O panel cover. Though you have a total of six SATA cables, four are unique with white thumb grips that read SATA6Gb/s, while the others are straight black. The physical difference helps to distinguish between which drives are connected via the four SATA III ports and the two SATA II ports on the board. To further aid in the understanding of your cables, Asus has included a sheet of drive tags that can be used to label the specifc drive that is connected (HDD1 may be your boot drive, for example).

The Maximus V Gene also supports ROG Connect, which is a feature unique to Asus Republic of Gamers boards that allows users remote control of their PC from another PC for the purpose of overclocking and BIOS updates, for example. Included in the package is a solid white USB cable used for this process, which corresponds to a special USB port on the board marked white as well.

The last piece aside from paperwork is the mPCIOe Combo, which is a small PCB that plugs into the board to create a vertical expansion providing anoither SATA port or a mini PCIe slot. Also included is a user's guide, drivers installation DVD, case badge, and a nice Do Not Disturb door hanger. 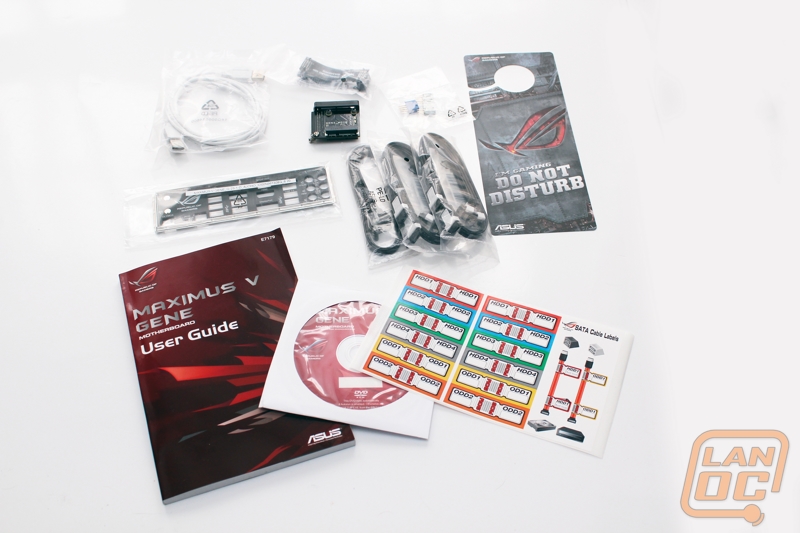 We have 1271 guests and no members online