In case you missed it in the last section, this is the test system for the benchmarks; 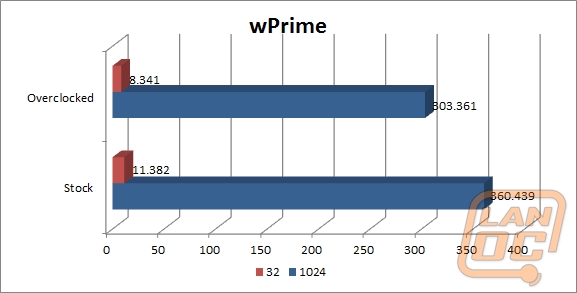 The wPrime score is a noticeable improvement in time from the stock to overclocked.  Since one of the board's primary overclocking functions is for the processor, this improvement does make sense. 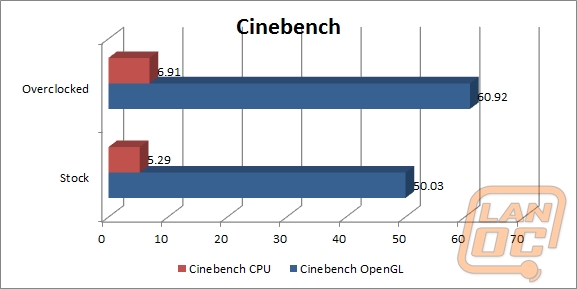 The Cinebench score also showed marked improvements, with both scores proportionally better on both tests. 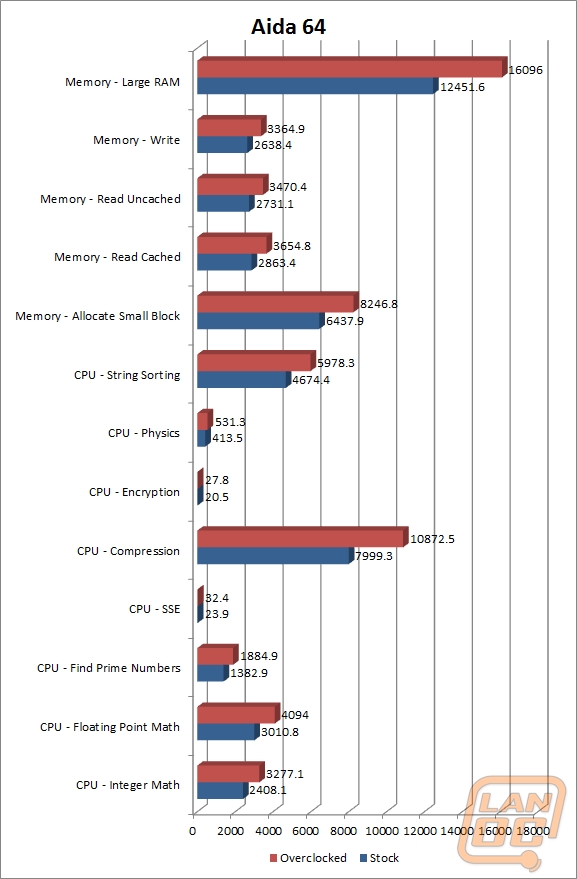 I love running the Aida 64 test, because it seems to be extremely thorough.  With a significant processor speed improvement, once should notice improvements with processor-focused tasked, and the compression task it one of the most noticable shifts.  Since the ASUS overclocking software also works on the RAM, there is a nice jump there as well on the large memory test. 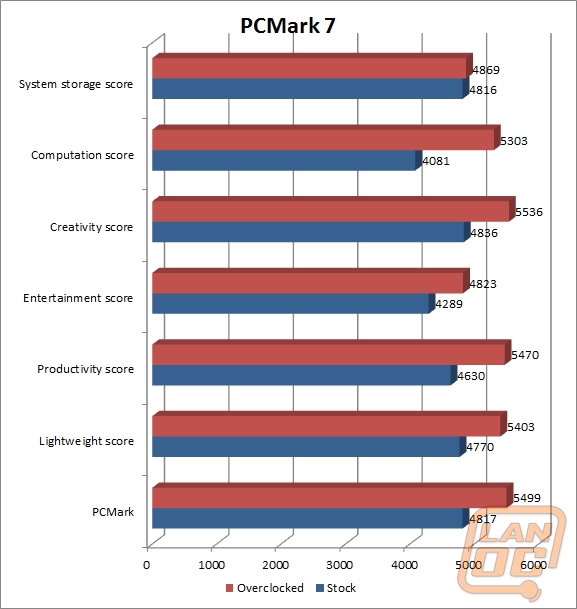 As predicted, the Computation score is one of the big performers on the PCMark 7 test.  At the end of the day though, this system rocks the productivity (except that's not REALLY why this machine exists).
Discuss this article
Log in to comment