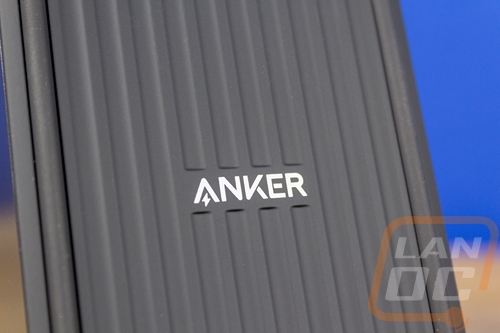 For testing, I have been using all four of the Anker devices around the office to keep devices charged with the Anker 651 USB-C Docking and Anker 727 Charging Station both set up at my desk to replace previous power adapters and replacing my normal SD card reader. In addition to the day-to-day testing, I did run through a few more basic benchmarks to check out how each device worked with charging my Samsung S21 Ultra and a few other phones around the office. While the S21 Ultra isn’t the fastest charging device on the market, it does support 25-watt charging which is above the standard speed so I was curious to see how each device would handle it. The Anker 615 Power Strip and the PowerCore III Elite 26K Power Bank had no problem putting the S21 Ultra into what Samsung calls “Super Fast Charging” mode and our meter would show up to 26 watts being used. When I got to the 727 Charging Station which is the device I was hoping to use on my desk, sadly this one would only go into the slower “Fast Charging” mode which would max out at 15 watts. I tried multiple known good cables and continued to have the same issue which is surprising considering the 727 and the 615 are both GaNPrime devices but after looking at reviews of the 727 on Amazon it looks like this is an issue others have had as well which was disappointing.

The port flexibility on the 615 and the 727 was awesome and both had the power needed to charge my Razer Blade Stealth laptop without any problems. I also loved them both having AC plugs as well which for travel with the 615 means you can plug it in even if there isn’t an open plug and for the 727 it put two power plugs right up on my desk where I could reach them. I also finally figured out how Anker was able to make the thin 727 design work with an AC plug when it looks like the plug would stick out of the back. When you push the plug in part of the top pops up at the same time which is a creative way to make it work! 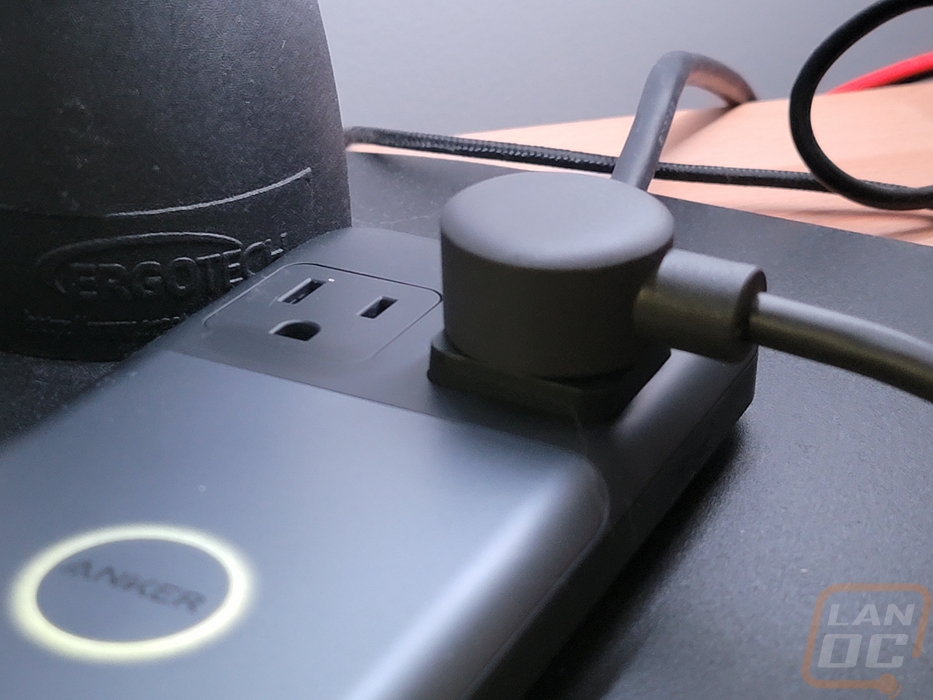 As for the Anker 651 USB-C Docking, it functions a little differently than the charging adapters with it being a dock. The USB ports on the left will charge your device but because they connect to your laptop or PC they don’t charge at the same higher rate which is a bummer. I would love to see at least one of these get a secondary 25+ wattage output similar to how the 615 and 727 can charge your laptop and phone at the same time. The 651 Dock outputted 6-7 watts on the left ports. If you are desperate you can unhook the right side Type-C connection which wouldn’t go into super fast charging mode but did get fast charging at 15 watts. That output with your laptop on the other hand up to 100 watts which is what makes this combination so useful. You plug your laptop in and not only does it give you the SD card reader, USB ports for things like a mouse and keyboard, and display outputs for desk monitors but it also charges your laptop back up as well. You also have the Qi charger built into the front for storing your phone and charging it. The Qi charger can support up to 10 watts of charging which worked with the S21 Ultra. When my phone was at 51% charge on the Qi charger I had a projected time to a full charge of 1 hour and 27 minutes. For comparison when hooked up at “Fast Charging” mode which is 14 watts the projected time was 56 minutes and with the “Super Fast Charging” mode that dropped that time down to 43 minutes.

The 737 Power Bank aka the PowerCore III Elite 26K with its 25,600 mAh battery capacity I wasn’t able to use up my initial charge in my testing. If you are using it to charge your phone only with its capacity I would be able to recharge my S21 Ultra from completely dead 5 times which even if I was constantly using my phone to watch videos would get me more than a week of use, with heavy but more normal use I would be looking at 2-3 weeks. The PowerCore III Elite 26K however isn’t limited to just charging your phone its 60-watt output capability can be used to charge your laptop and for mine for example which is an older model with a 4640 mAh battery I would be able to recharge it five and a half times. A newer Macbook Pro which has an 8693 mAh battery would get fewer charges but the fact that you can get multiple charges on any of those laptops is awesome. The 65-watt charger paired with the PowerCore means recharging it doesn’t take forever as well and can also double as a laptop or phone charger as well.

We have 1515 guests and one member online