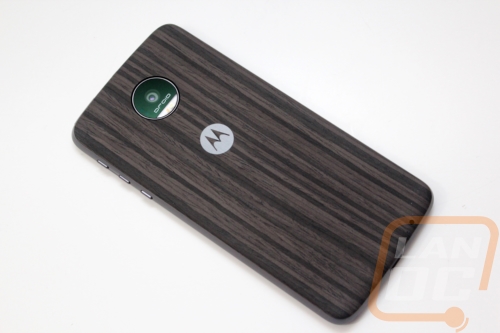 For my testing, I have spent weeks with the Moto Z Force as my main phone, but before jumping into that experience I did want to check out the benchmark performance. I started off by testing the phone with a few browser based benchmarks. These focus on Java performance and also give us a good idea of what to expect in everyday browsing and the browser-based apps as well. In Googles Octane v2 benchmark the Moto Z Force jumped right to the top of the charts with a significant lead over the rest of the phones tested. In SunSpider the result was the same except with the older Nokia Icon still outperforming and the aged Nvidia Shield as well. 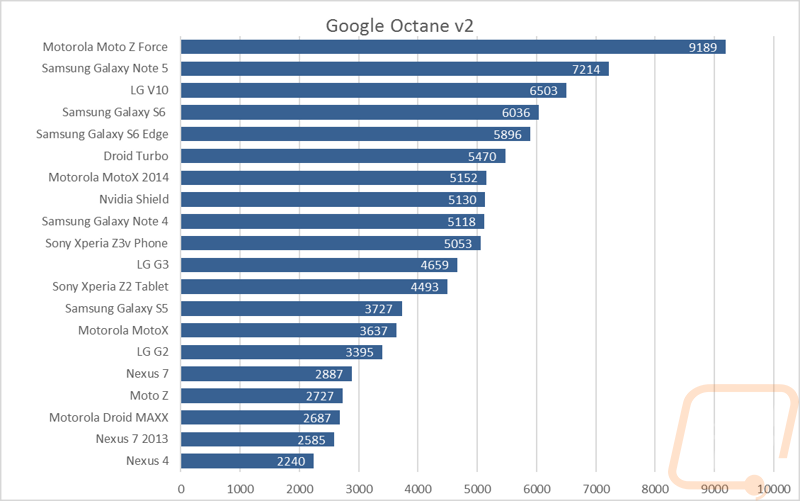 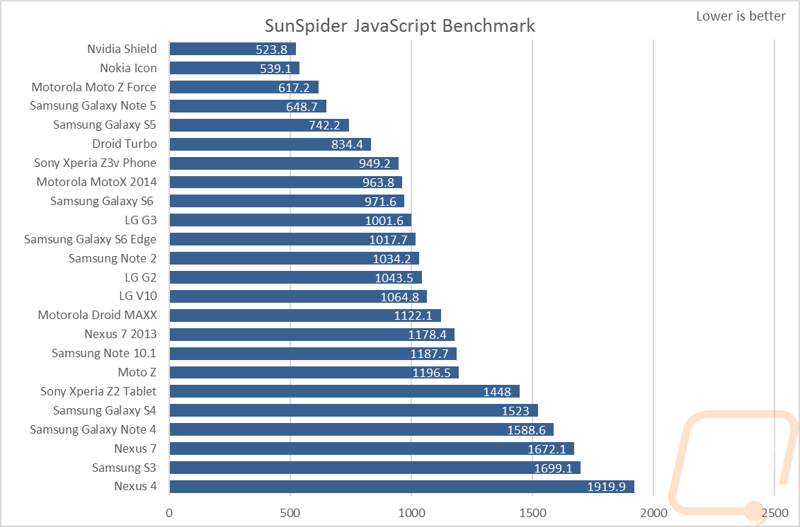 Next, I tested using a few different gaming focused tests like 3DMark for the Ice Storm and the new Sling Shot benchmarks and I also tested using BaseMark X. In Ice Storm and Sling Shot the Moto Z Force once again pulled way ahead of the other phones tested. In the Sling Shot benchmark, it had over double the score even. In BaseMark X the Force came in closer to the other phones tested in both Medium and High settings but it was still at the top of the charts. I’m extremely impressed with the overall gaming performance of the Snapdragon 820 SoC with its four 64 bit Kryo CPU cores and the Adreno 530 GPU. 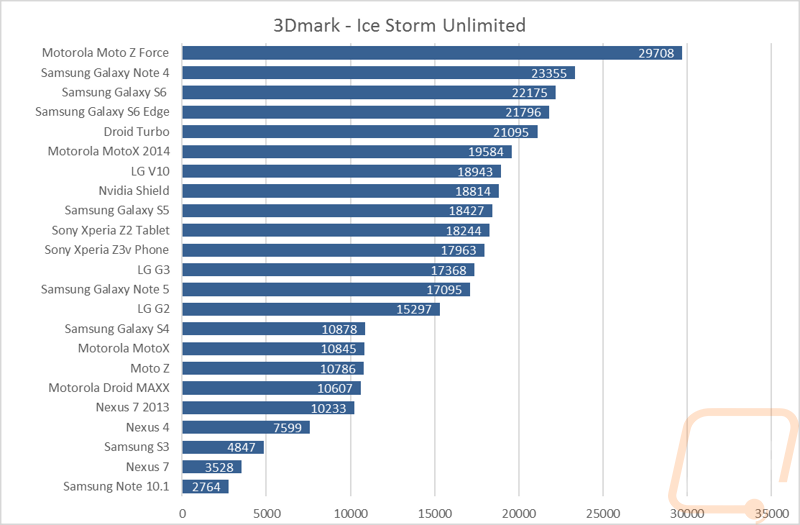 Next, I tested the storage performance using Androbench. This is one of those benchmarks that a lot of people don’t even consider. Most phones have similar CPUs and GPUs to other phones in their price range so they perform similarly, but the onboard storage can end up being the reason a phone feels slow or fast. In this case, the Moto Z Force has great read performance but the write speeds were a lot lower than I expected.

Speaking of the day to day performance, I test using two different overall benchmarks to take a look at how everything I have already performs together. I use Basemark OS II and PCMarks Work Performance benchmark to get a look at overall performance compared to everything else I have tested in the past. In PCMark, the Moto Z Force really kicked but with over 2000 higher of a score compared to the next closest phone. The result was similar in Basemark OS II as well but with a little less than 1000 points gap. Overall it is clear than the Snapdragon 820 SoC performs great and it was a good pick to go with the Moto Z and the Moto Z Force.

Normally I would also test battery performance and I was really excited to see how the Moto Z Force compared with its extended battery capacity but sadly PCMark’s battery benchmark wouldn’t let me complete the test without locking up on our test phone. That said we do know the Moto Z Force does have a 3500 mAH battery and this puts it up with just a few phones for overall battery life. In my testing, I can also confirm that battery life isn’t an issue with the phone, plus the quick charging time helped me keep it charged all of the time as well.

So beyond that what was my experience with the Moto Z Force? Well being a premium smartphone it does have just about everything you can ask for features. It might seem trivial to some but I really love that they included the thumbprint reader and it was faster as reading my thumbprint and unlocking the phone than most other phones I’ve tested. With it being on the front of the phone you can unlock the phone quickly even if you have it on the table as well, unlike the LG phones with their back power button. I spent some time with the included Soundboost Moto Mod accessory but quickly put it up when I didn’t find myself needing the extra speakers each day. It is just too thick to carry around when you don’t need it. Beyond that, it was small stuff like the shake to turn on the flashlight that made life easier. The overall build quality was nice as well and the style backplate seemed to be a little heavier duty than normal so I was less worried about damaging the phone, especially with the shatterproof 2.0 screen.

That is really what you are getting when going with a premium phone like the Moto Z Force. You pay for the best possible performance and battery life to match. But you get a quality product and a little more protection from damage as well. This is the market that the iPhone has always been in with its various aluminum and glass designs and I’m glad to see that Android phones are getting similar designs. The Moto Mods idea is a good one, especially with the extended life battery. For someone who buys an extended life battery on all of their phones or carrys around an extra charger, you could pick up one or two extra batteries. They snap on in seconds, so you could swap between two if you really needed to never worry about battery life. That said even the Force’s normal battery life is good, I doubt you will need much more. 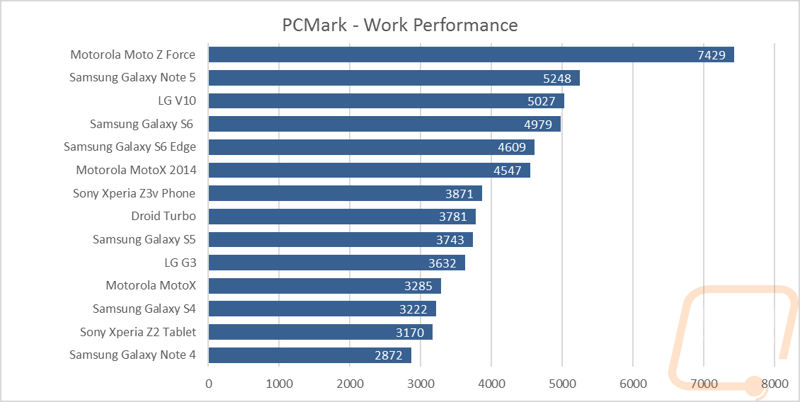 We have 1076 guests and one member online