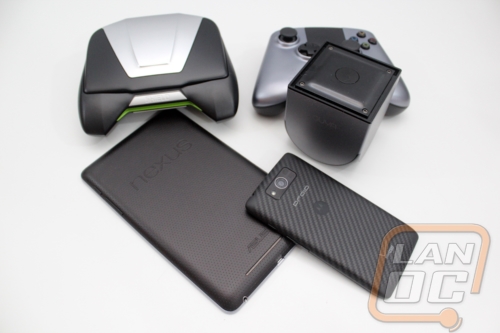 The most unique feature of the Nvidia Shield has to be their integration with the Geforce Experience and the ability for Kepler GPU owners to be able to stream and play their PC games directly on the Shield. For me, when following the Shields development after CES, it was when they introduced this feature that I really started to get excited. Sure there are games to play on the Android market, but even with the game quality improving every time you look, none of them hold a candle to the games that you can play on your PC. A great example of this would be borderlands. Gearbox Software was one of the earliest developers who was showing off their Shield integration. Borderlands 2 is an amazing game, especially when running on an Nvidia GPU with its improved PhysX. Being able to have the power of my full sized PC inside of a handheld gaming console really blew my mind. There isn’t and hasn’t been a handheld console on the market that could claim to have the power of the latest gaming PC inside, until the Shield.

So enough talking it all up, how well does it work? Well let’s first be clear there are a couple limitations. First, you have to have a Kepler based GPU in your PC and be running Nvidia’s Geforce Experience software. Along with that, Nvidia has to support your game for it to pop up on the list of games available when you log into your PC. Third, you have to be on your home network in order to be able to gamestream (or have a great internet connection with a VPN setup). When you press the Nvidia logo button on the shield and log into your PC over the network you will get a list of games available to play with their artwork. The number of games with complete support is still relatively low, out of the 300+ games that I have installed on my PC I only had 29 games available to stream. Luckily though, it also supports steam big picture mode. So you can actually open up your steam and flip through, buy, install, and play a lot of the other games. In my experience a lot of the games with controller support worked. Be warned, when you open up a game, it will take over your PC while you play. This shouldn’t be a big deal for most, but if you share a PC with someone be sure you aren’t interrupting their facebooking when you jump in game. 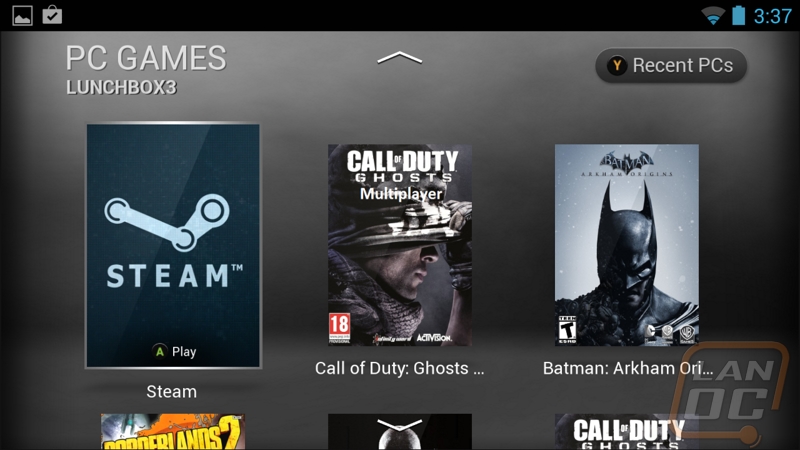 I found myself playing games around the house more than I expected. I played a lot of GTA 4, Call of Duty Ghosts (online), Dirt Showdown, and Battlefield 4. As you can tell, you aren’t limited just to steam games. Performance was great over a big portion of my household. The only time I would notice that I was streaming at all would be when I got to the edge of my wireless network where I would see a little pixilation and a warning that my wireless signal was getting low. I think that Gamestreaming does bring out one of the only weak areas with the Shields hardware. I would really love to see the Shield have wireless AC built in. This would open up a little more freedom when roaming around the house and prevent any worries of other devices sucking up some of the bandwidth needed for my gaming. 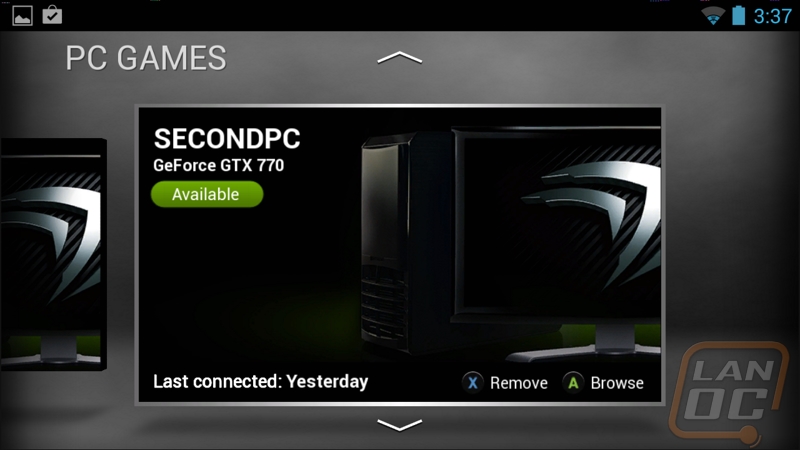 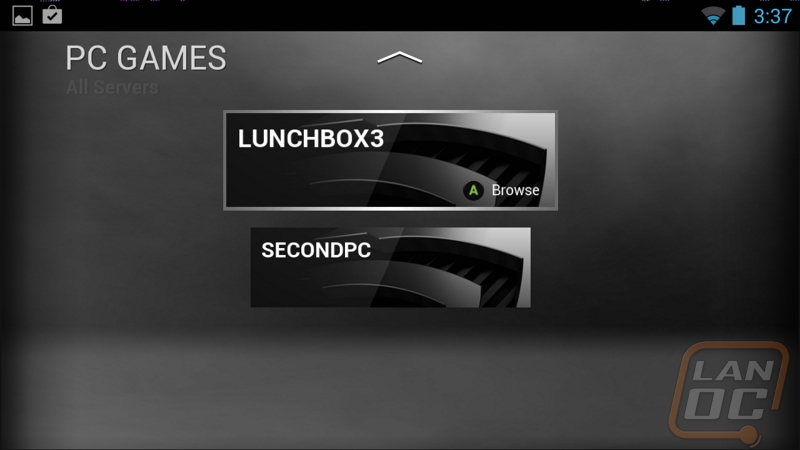 All in all, I really thing Nvidia is onto something here. The more they work with developers to get more games on the fully supported list the more console like the shield becomes. In addition, I can really see a future where a device like next year’s Ouya has this same ability, giving you the option to play your games at nearly any TV in your house. 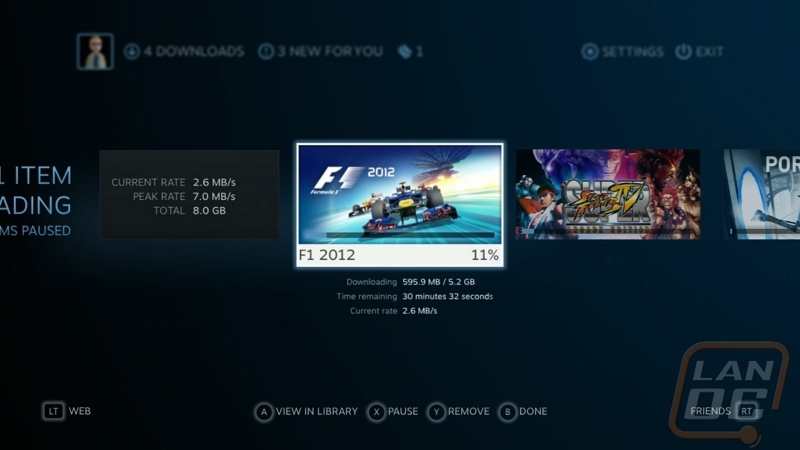 We have 1130 guests and no members online