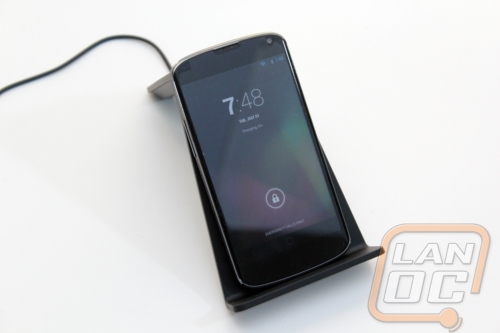 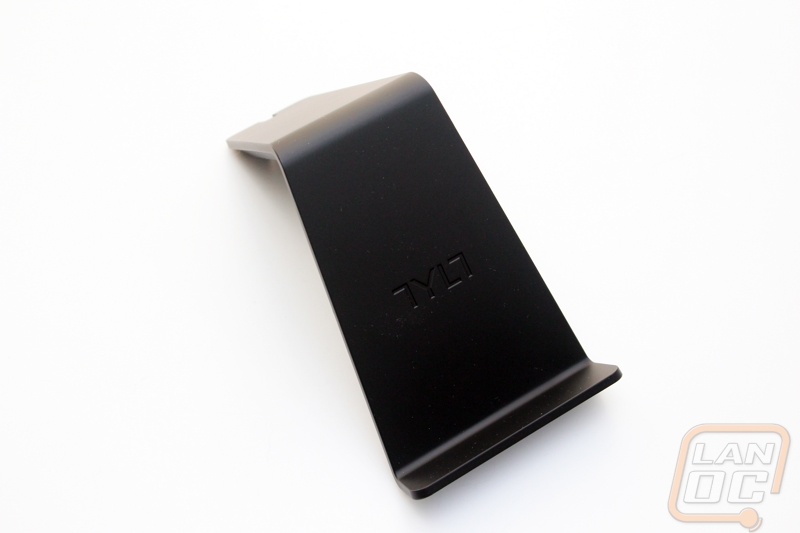 The VÜ is an interesting product. First and foremost I will say having a wireless charging device for my phone makes life just a little bit easier every day. When I need to get at my phone to check a message or pick up a call I can do that without fighting or tugging on the cord like I would previously. Not to mention just trying to get your plug into the phone itself, it always seems to be backwards on the first attempt. The VÜ also helped with my issue of always having a low/dead phone, now that I don’t have to put off charging my phone because I might use it here and there it is always charged and ready to go.

My only complaints about the VÜ are for one the angle that your phone sits. Being at a 45 degree angle means this would be the optimum view if you were putting your phone on your desk and standing all day. The angle left my phone visible but I was left feeling like I could have done more, like watching a movie while it charged or at least use it as a desk clock. The only other issue is with the Qi charging technology that the VÜ is based on. It’s a good technology, but the adoption rate from phone manufactures is still really low. The S4 for example would be amazing to use with the VÜ but I couldn’t. This isn’t TYLT’s fault at all, but it is worth pointing out. Hopefully we see the adoption rate pick up, that way if you pick up a VÜ you know you will be able to use it on other phones around the house, now and in the future. 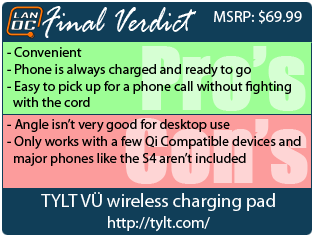