As I do not own any Apple devices I cannot personally offer an opinion on the functionality of the DW09 Wi Reader but I have been assured it is comparable to the DW17 version that works with both Android and iOS devices. That being said, my initial testing of the DW17 was simple and to the point to more or less cover every facet of what the Wi Reader Pro promises. I assembled four files that I thought would probably find their way into a shared environment quite frequently, an 800KB JPG file, an 8.5MB MP3 file, a 65MB PDF file and a 1.5GB MP4 movie file. 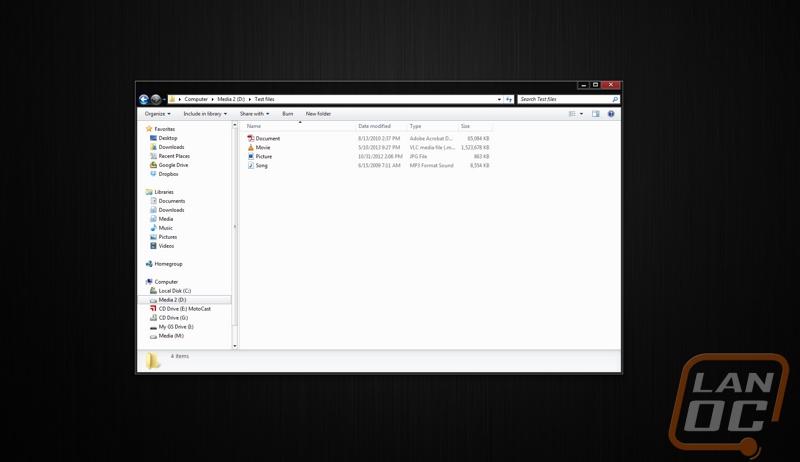 As a control I copied the four files from my PC to a USB 2.0 drive and back. The whole transfer took about 3 to 4 minutes either way so I had an established base to look at. I didn’t expect comparable speeds but in practice the picture, document and song files all took less than a minute each to transfer either way. The movie, of course, took the longest at about 8 to 9 minutes one way but that is by no means slow considering the wireless cloud nature of the device. 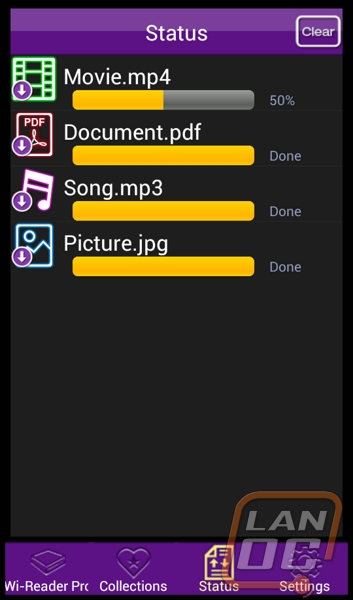 I did manage to find something interesting when trying to see exactly what all the DW17 was capable of. With two movies loaded onto a USB drive, the Wi Reader was able to stream separate movies to two different devices with minimal buffer times. Music was a similar experience with no buffering issues interrupting the song in its entirety. This means that to view or listen to media through your mobile device you don’t have to put up with download times and making room for large files. Simply load your media onto a flash drive and you are good to go from anywhere making the DW17 a perfect gadget for traveling.

The powerbank present in the Wi Reaper Pro doesn’t upset either. After a full day of leaving my Droid 4 plugged into the Wi Reader instead of my PC, the battery still hadn’t moved and the Reader still had enough juice left in it to go through the tests I ran.

We have 842 guests and one member online