The Power Fort shows up in a nice box with a folding flap cover that is Velcro attached to the box, allowing you to “open up” and see the Power Fort without having to actually open the box to see the product. I actually like this type of design on electronics, since most manufacturers want to put a lot of information in the cover of their product, but the consumer likes to see what they are buying before they buy. Only in the case of iPods do I approve of the packaging with not real marketing on the outside of the packaging, and that is because iPods sell themselves. 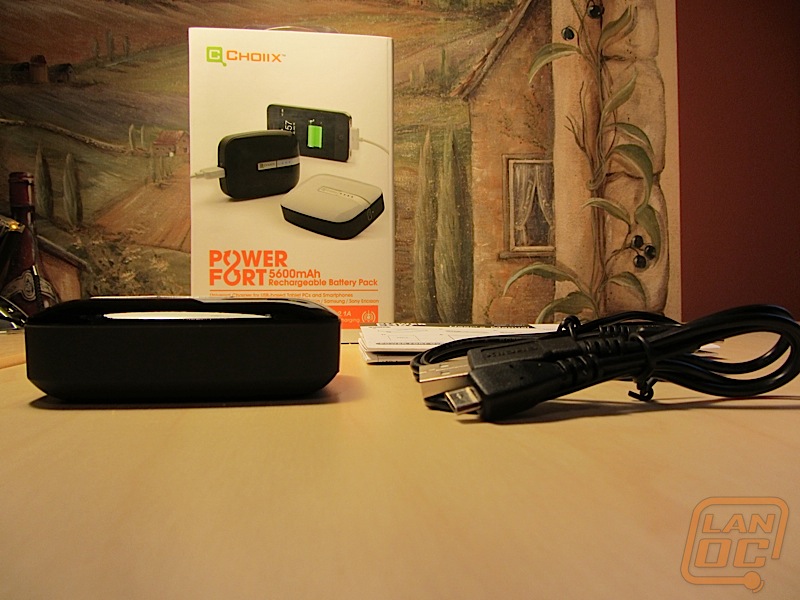 The box does make some bold claims. According to the box the battery can be recharged 500 times in the Power Fort before you would need to replace it. That is great, assuming you are not recharging it everyday that should be two or more years of use before you need to replace it. It also claims that you can recharge your typical smartphone two to three times before you need to recharge it (I have a unique testing situation that I will mention later, but it will affect my results in that regard), and it also claims a 2.1A charging port. Now this is interesting.

Why is 2.1amp charging fascinating? If you take an iPhone 4 / 4S, it comes with a 1amp charger. If you have the power brick from an iPad it charges at 5amps, and an iPad will NOT charge from an iPhone charger (I have tried it personally to verify). Apple also claims that a 5amp charger on the iPhone could do damage to that phone, and is not recommended. 2.1amps is seemingly a faster charge than the iPhone brick charger, but not too much to risk damaging that fancy smart phone that you have. If I had an iPad available at the time of writing, I would investigate that, but unfortunately I do not.

The Power Fort has a gloss black finish on the “shiny side”. On the “greasy side”, it has a black “rubbery” texture that will sit on a desk fine without sliding. There is a power button on the top to start charging a device that is connected. When it comes to connecting your device to the Power Fort to charge, there is a standard USB port on it. The Power Fort does come with a Mini-USB and a Micro-USB cable that are very short in length (great for the mobile nature of the Power Fort). If you want to charge your iPhone though, you will need to use a dock cable with a USB end (like the one that came with your phone) in order to charge it on the Power Fort; that cable is not included. 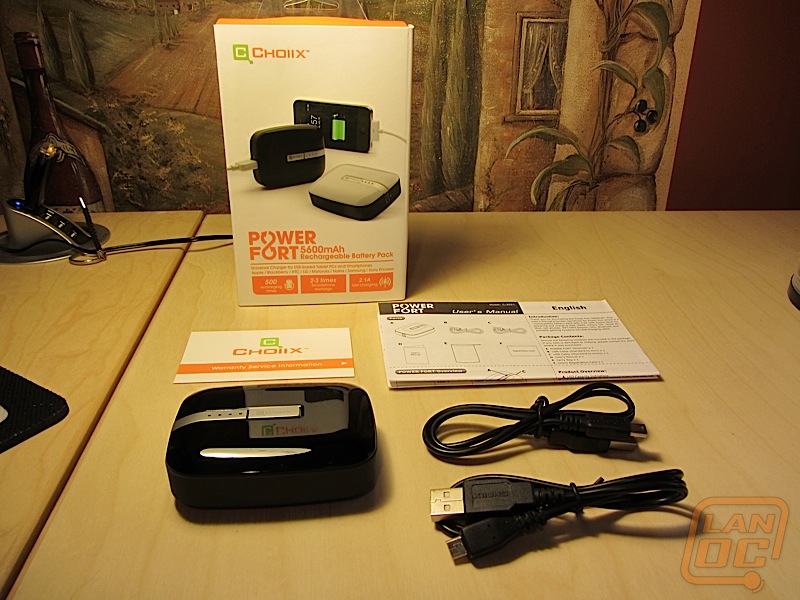 To charge the Power Fort, there is a Micro-USB connector that you can plug your current mobile phone’s power connector in to. In fact, you will have to use your pre-existing charger or charge of the USB port connected to your computer if you only want to use the supplied accessories. No bother though, since I already have a Micro-USB charger for charging my iPhone with the Mophie JuicePack on it so there are no worries.

We have 717 guests and one member online