Convenience is a large deciding factor when it comes to a laptop purchase, so it only makes sense that a company would want to appeal to that notion when designing accessories for one. A great way to tackle this challenge is to improve upon a restriction or set-back, which is exemplified by a cooler's ability to reduce the high heat factor in a notebook. Today we look at the NC2500Plus, a cooler that has set out to do just that and fulfil another demand that laptop users often run into.

Packaging
Zalman has designed their own version of the popular briefcase-box container that we often see, complete with carrying handle. The background is a flush black with an action shot highlighting the fans of the 2500Plus fading into view. A few key features are bulleted on the front, but the majority of information, including specs and even performance data, is found on the back. 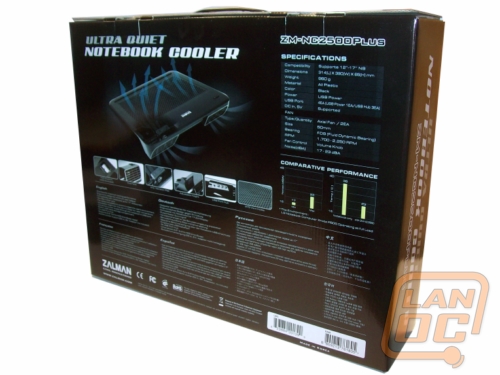 Despite the vertical-opening look, the top of the box is actually the only way to gain access to the cooler, forcing you to pull it and the cushioning foam out much like you would with a computer chassis. Since everything is packed to eliminate shifting, naturally it's a tight fit. 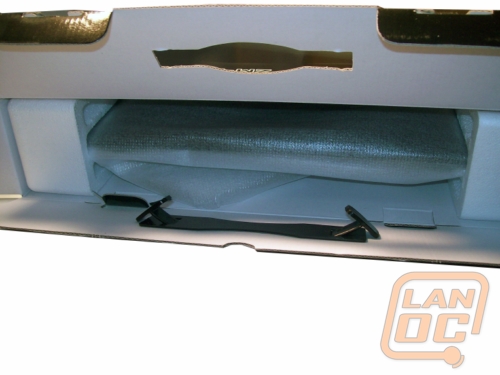 Once you have the cooler free, you'll find it wrapped in a soft plastic bag to prevent any environmental damage, and to protect the finish of the cooler, which I'll speak more of later in this article. Included on top is the USB power cord, extra screws, and an instruction manual. 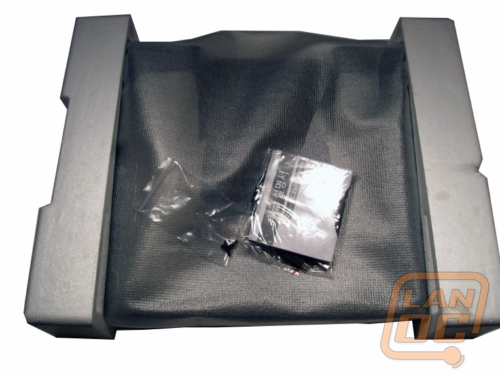 Set-Up
The unique feature of the 2500Plus is the built-in 2.5" hard drive dock on the bottom of the cooler, which will occupy the majority of the installation process if you decide to take advantage of it. Otherwise, the set-up is fairly straight-forward; simply place the laptop on the cooler, and connect with the USB cable. Since there is the addition of the hard drive disk, the 2500Plus requires two USB-ports to power and transfer. 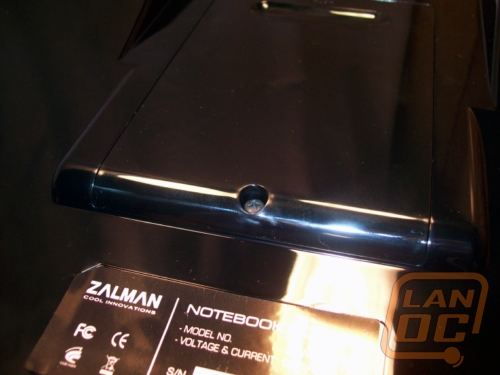 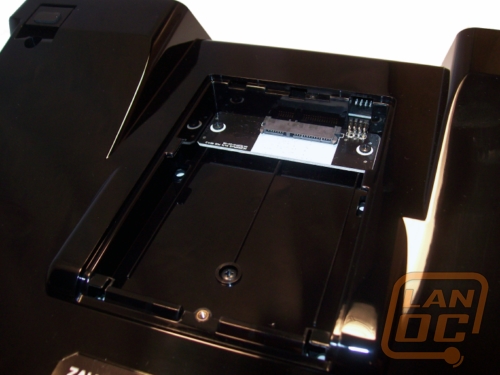 Performance
Zalman has equipped this cooler with all the popular features, including a three port USB hub (which helps to make up for eating two for a power source, leaving you with an extra), expandable feet risers to adjust height and create a more ergonomic style, and a fan controller knob built into the side of the cooler to adjust speed. 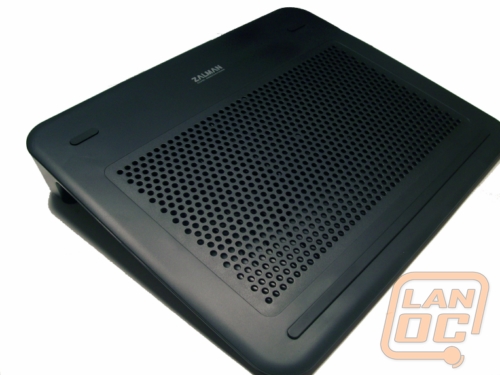 As mentioned, the 2500Plus is equipped with a two-fan cooling system, which pulls air from behind the cooler and pushes up through the cooler to the bottom of the laptop. The system is driven by 50mm fans maxing at approximately 2,250RPM, not bad at all given their size. 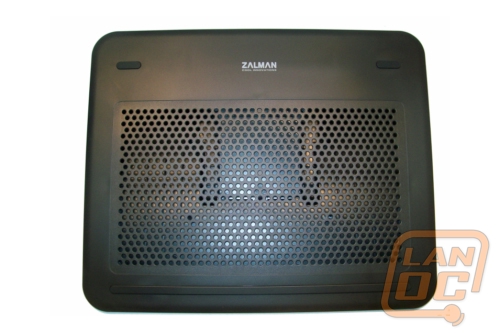 While including a hard drive expansion dock is a great idea, there is something I don't like about it. The bay is hot-swap enabled, but the door is secured using screws. At first thought, this doesn't seem like a huge deal, and its really not; after all, you're not going to be switching out hard drives while the laptop is in use, since its on the bottom. However, there are a few situations in which a tool-less locking system would be more convenient.

Also, the bottom of the cooler is made from that glossy finish material that I absolutely hate. It's only perk is that it looks good (at least it does when its free from oil and fingerprints, which is impossible if you ever touch it), and that does no good since it will never be seen. You can argue that for that same reason, it doesn't matter if there are finger prints, since no one will see it. But I know they're there, you'll know they're there, and as soon as you begin to pack up your equipment at the LAN, so will everyone else. 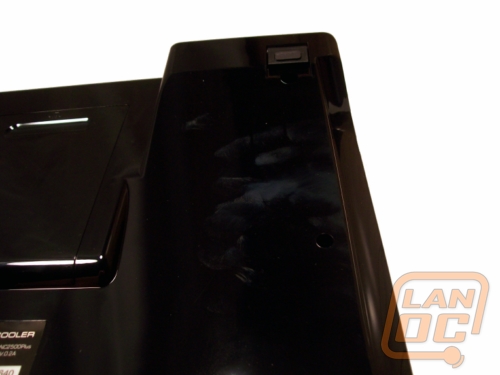 The Test
Our typical cooling test consists of running Rthdribl in combination with Prime95 to stress the system, and RealTemp 2.5 to monitor temperatures. Consistency is a goal, so previous coolers can be used as a comparison; this is why you'll notice previous versions of programs that have updated versions available. In accordance with that as well, the testing environment, including room temperature, is kept at 69 degrees Fahrenheit. Our test then runs the duration of sixty minutes. 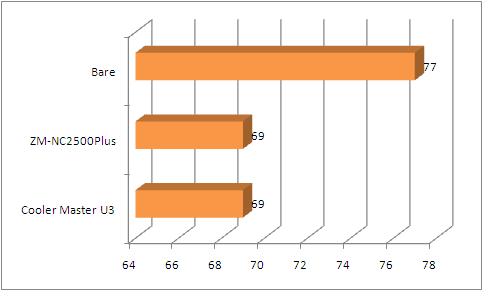 As you can see, the 2500Plus matched the previously tested U3 from Cooler Master in efficiency, reducing the temperatures from bare use by eight degrees; nothing to be ashamed of at all.

Overall
Though the 2500Plus matches cooling rates similar to its competitors', its price-point is nearly double. Of course, one has to consider the built-in hard drive dock does add some value, but for approximately the difference a dock can be purchased. It is convenient to have it installed, but including such a feature is going to discourage users who have no use for it. Aside from that, the dock lacks a tool-less design, which would be more convenient, and I'm not too crazy about the material used. Plastic isn't always the best for heat dissipation, and the surface of the bottom is my fingerprint-holding nemesis. 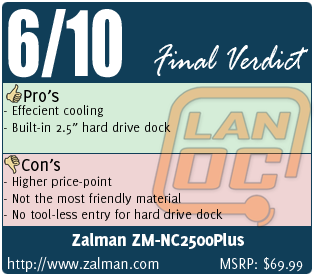 Author: Lersar
Contributing Editor / Event Staff
Adam is a big proponent of LAN parties, esports and speed-running, and helps organize our semi-annual LAN events. He has covered hardware and software reviews of a wide variety, but most content these days come from event coverage, such as other LAN parties.
Discuss this article
Log in to comment
Posts in discussion: Zalman ZM-NC2500Plus

We have 1300 guests and no members online