A while back we had the opportunity to take a look at Cooler Master's Notepal Infinite laptop cooler, unique for its ability to support up to 17" wide screen laptop, as opposed to the average 14~15.4" limit. More recently, however, Cooler Master has release a new line of cooling options, and included is the Notepal X2, the Infinite's big brother, so to speak, rivaling it as the second CM laptop cooler supporting wide screens. With a new look, new features, and new design, its time to see how the X2 stacks up in the harsh realm of notebook cooling. 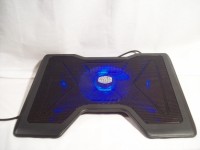 Packaging Anyone who has purchased a Cooler Master product will find no surprises here; the trademark white box with light-purple trim that opens simply to reveal only that which is necessary to package the product safely and run it. Its the kind of design that you appreciate for a number of reasons, but the one that always sticks out with notebook coolers is the ability to use the original packaging as a carrying case. The simplicity carries through to the internal packaging, sporting two Styrofoam blocks on either side to prevent shifting, a bag containing the USB connection cord, and the instruction manual. 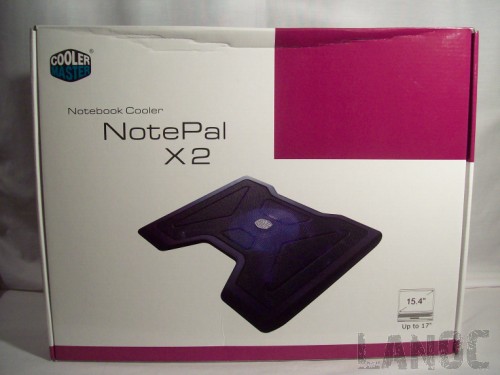 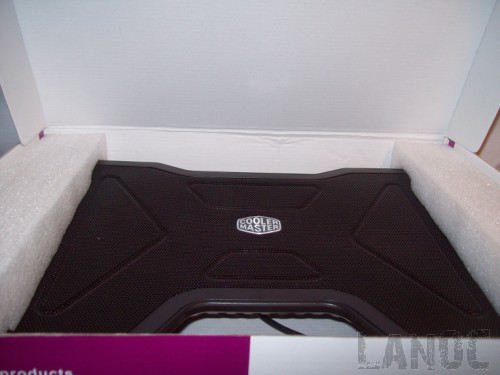 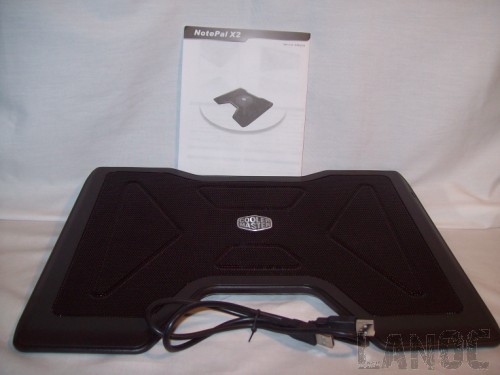 Set-Up There are a few minor details that can cause headaches when it comes to setting up laptop coolers, one of them being the position of the USB on the cooler itself. Depending on your model, it may leave a wire running through an awkward spot, or the included cord may be just a little short to reach the port without it being too tight. Cooler Master seems to have found a happy medium, situating the ports on the cooler close to the middle of the cooler, but favoring the right-hand side. To help fit whatever situation you have, the cord for the X2 is a two-side male USB, so either one of the two included USB ports can be used, and the other obviously as an extra device port. Tested with a widescreen, and to be honest rather heavy laptop, the X2 fits just right and supports it evenly and level. The cooler is already designed as a incline, allowing for the screen-end of your notebook to elevate in order to help ergonomics. However, should you find yourself needing a bit more elevation, Cooler Master has included extendable feet, just like you'll find on most standard keyboards, to help boost the height. 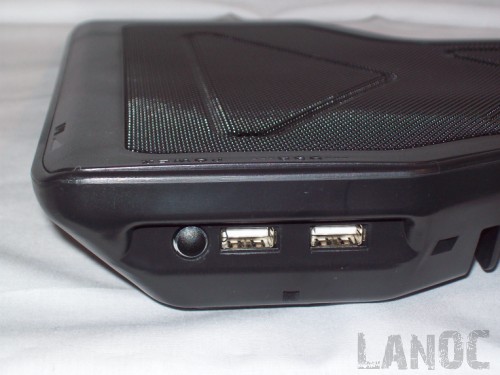 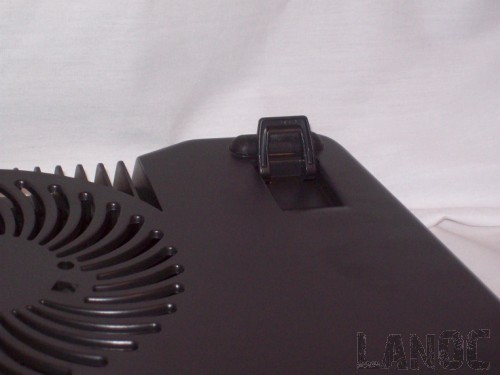 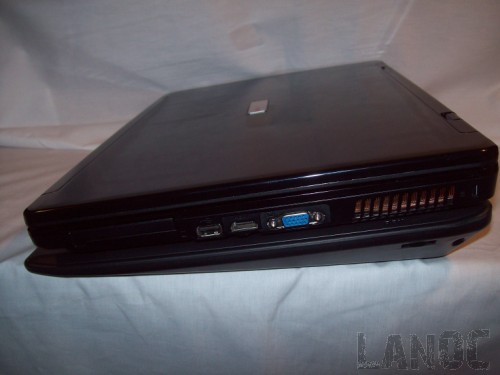 Performance The first task for the X2 to carry out is improving the posture of the user. This is something that could be done with something as simple as an inclined piece of wood, but Cooler Master brings some style to the table. Elevating the keyboard and screen is an improvement with little room for error, and thankfully there's none with the X2. As a matter of fact, this cooler goes above and beyond by including the option for the user to adjust the height from tall to... well, taller. Still, its a simple addition that proves useful and just makes sense. The X2 also is the first in the Notepal line to feature an LED fan which gives off a cool blue aura. I know what you're thinking: its a laptop cooler, the fan is covered by the laptop. While this is true, and the X2 does look amazing with the LED on and uncovered, the bay it sits in is slotted, so the glow is emitted from underneath the cooler when the laptop is in use. 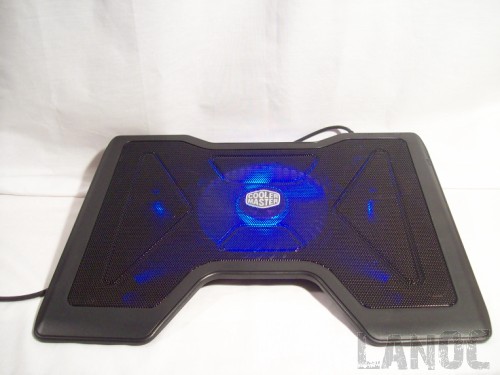 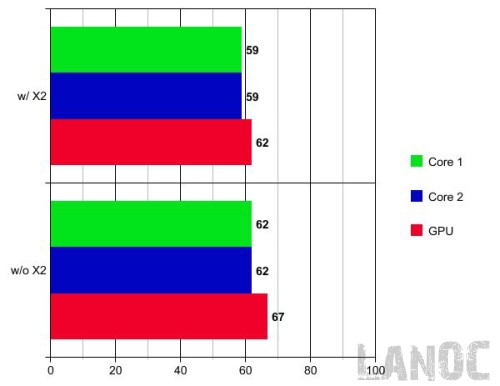 Overall The Cooler Master Notepal series have always done a great job delivering on both cooling laptops and improving the posture of their users, leaving little room for improvement. Despite that fact, Cooler Master continues to better its products, the X2 being one of example. Not only does it do a great job reducing temperatures, both in idle and under heavy loads, but it also expands to cover those widescreen notebooks (one of the few previous complaints). Plus, it excels in an area most previous thought useless by including a blue LED and a slick black facade. The one suggestion I could possibly add is throwing in a few more extra USB ports, though even with just one you're not out anything by using this cooler, except a few several degrees of warmth. 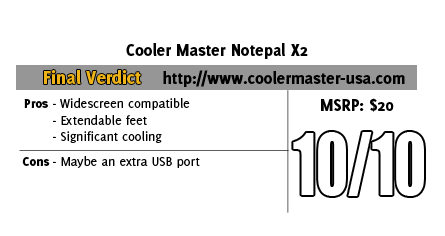 You might call him obsessed or just a hardcore geek. Wes's obsession with gaming hardware and gadgets isn't anything new, he could be found taking things apart even as a child. When not poking around in PC's he can be found playing League of Legends, Awesomenauts, or Civilization 5 or watching a wide variety of TV shows and Movies. A car guy at heart, the same things that draw him into tweaking cars apply when building good looking fast computers. If you are interested in writing for Wes here at LanOC you can reach out to him directly using our contact form.
Discuss this article
Log in to comment
Posts in discussion: Cooler Master Notepal X2

jedimasterlego replied the topic: #27426 23 Aug 2012 02:53
Hi. [I'm new at this forum, and] I'm looking for a laptop-cooler for my brand-new laptop (it's this one www.asus.com/Commercial_Notebooks/P43_Series/P43E/ ), and I read your reviews on the Cooler Master Notepal X2 and the Thermaltake Massive 23LX, and, being a geek, I know that both Thermaltake and Cooler Master specialize in making cooling-products for computers and computer-components, so therefore, either of these two laptop-coolers will work just fine and/or perfectly for my laptop. However I'm curious (seeing as though I haven't had the opportunity to see either one of these two products face-to-face, and/or try them out (none of my friends or the people I know have any one of them), and therefore know how they perform [when seeing them "face-to-face"], etc.): which of these two products would you find better to use for my new Asus laptop (link above), the Cooler Master Notepal X2, or the Thermaltake Massive 23LX?

We have 1461 guests and one member online