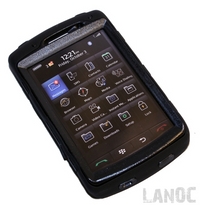 I recently entered the world of Blackberrys with an upgrade to the BlackBerry Storm. Being my first touch screen also I was very concerned about damaging the phone. After researching different cases I found OtterBox who makes heavy duty cases for numerous Smartphone’s and mp3 players including the Storm. Today I will be talking about my experience with the OtterBox Defender case. 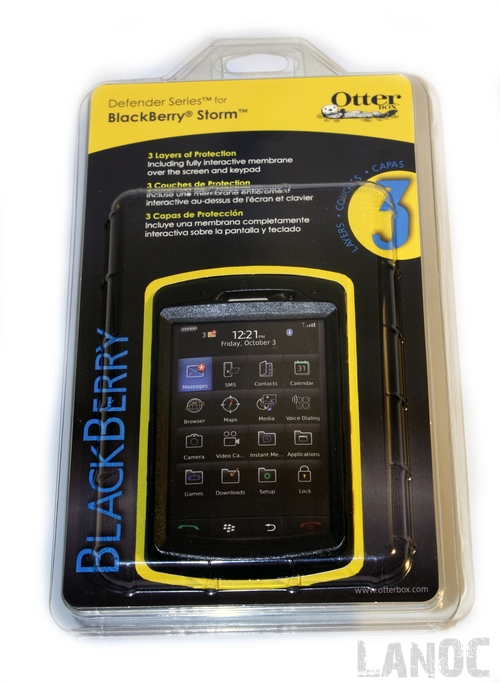 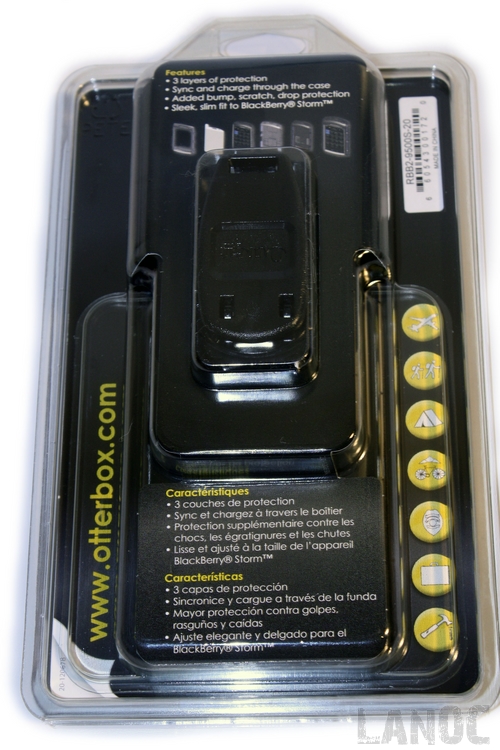 Otterbox packed their Defender case into an easy to open plastic clamshell case. The plastic case makes it easy to see the case itself and to give you an idea of what it will look like on your Storm they included an insert inside of the case. The front of the packaging is yellow and black and other than OtterBox, Blackberry, and Storm labeling the focus was on the three layers of protection the Defender Case provides. The back of the packaging includes a view of the belt clip that is include along with a short feature list. 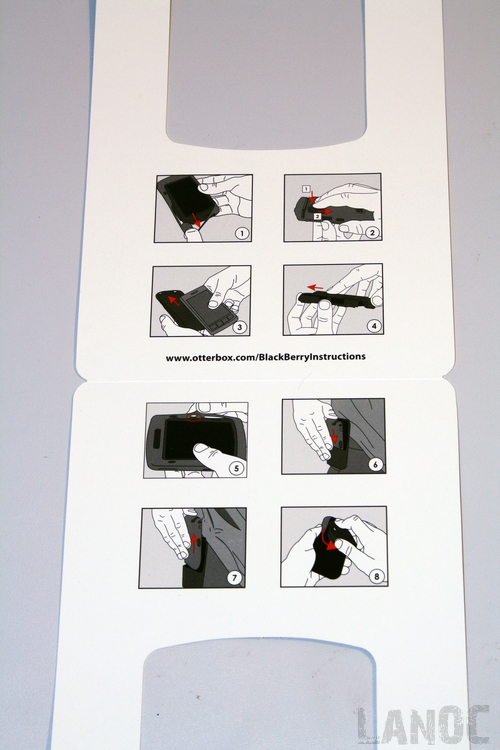 The Defender case is made of three pieces two plastic shell pieces and a rubber outside coating. After cleaning the phone off I dropped the Storm into the first plastic piece and attached the second piece on the other side. They latch together when slid together encompassing the phone. The last step is to slide the rubber cover over the plastic case, the rubber is held on in multiple places with hooks to keep it in place. I noticed that even with the cover hooked on there are a few gaps between the rubber cover and the plastic caused by it being stretched somewhat, Otterbox’s website pictures don’t have this problem. I don’t know if my model is defective or maybe I installed it incorrectly. 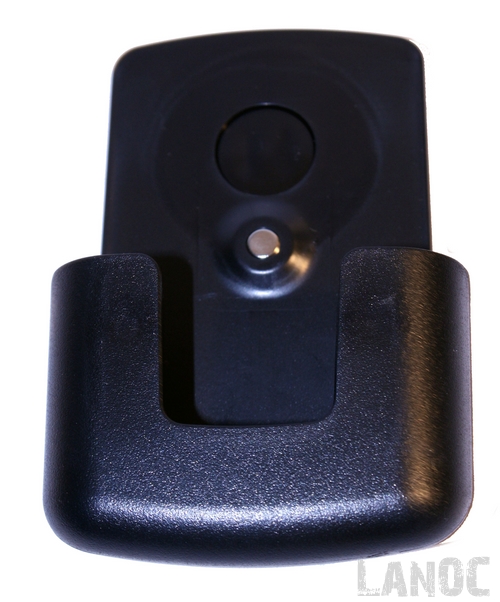 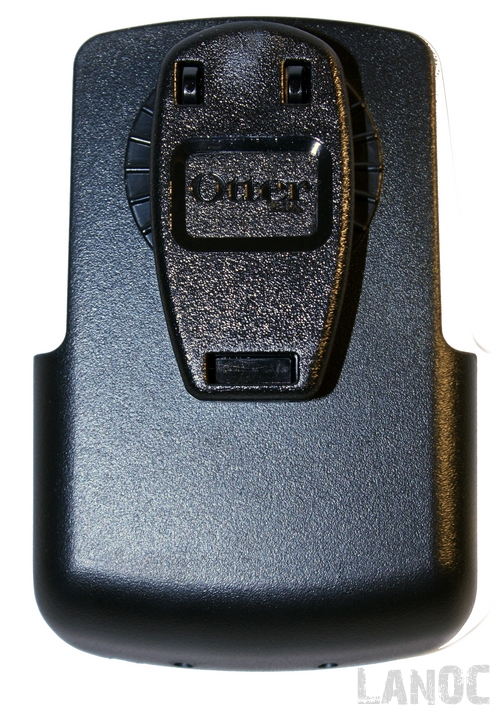 The Defender was designed to protect the Storm from any possible damage, and that it does well. It is basically a tank; I wouldn’t have any problems using my phone in almost any environment with this case. I can throw the phone around without worrying about scratches or broken screens. In fact the only two ways you could damage the phone at all would something pointy into the screen or just internal damage from a high speed impact. If you are worried about the screen getting damaged not only does the case have a thin plastic film built in, but if you use the included belt clip the screen faces in when stored, leaving no worries while walking around. 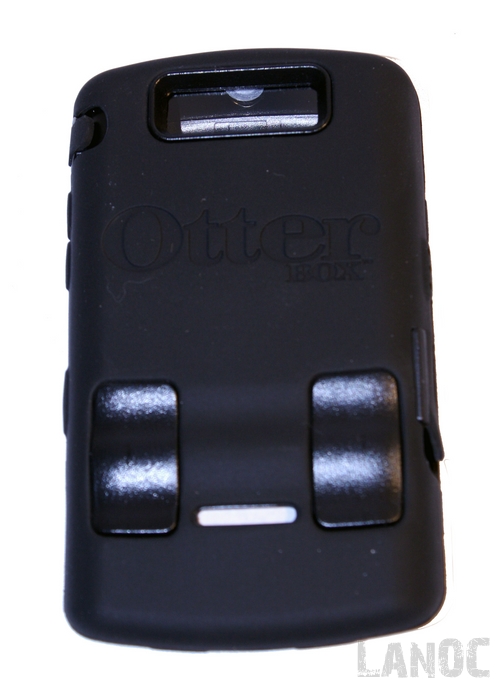 Using the case every day I did run into a few issues that should be brought up. The rubber coating seems to attract any dust, dirt, lint, ect out of my pocket making it look dirty any time I pull it out. The other problem I had is because of the thin plastic screen protector. When combined with the stick on screen protector that i had previously installed the OtterBox's screen protector would stock to the original one. To make this worse, the case somehow seems to let small pieces of dirt and even cat hair in through the side getting under the film. A hair is frustrating even on the outside of the screen; imagine my frustration when I continue to get them under. I tried multiple times to pull everything back apart and reclean it without any luck. 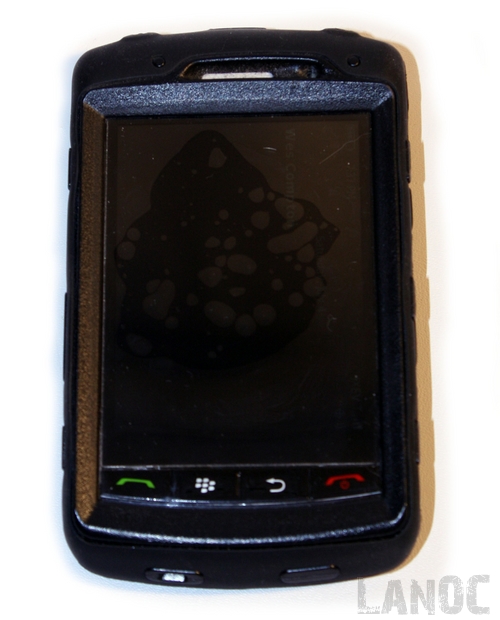 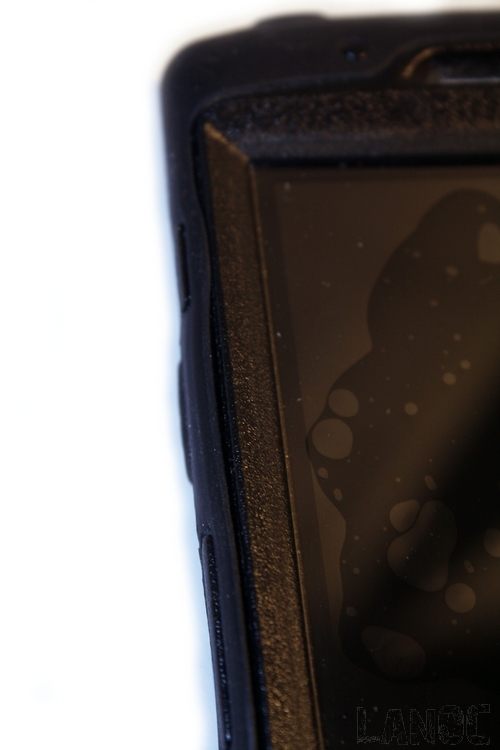 Other than those issues I was very happy with the performance of the case. Small things like the phone turning off its lighting when clipped into the belt clip and turning back on as soon as you pull it out were very useful, I’m willing to bet if I used the belt clip my battery life would increase. None of the Storms features where hindered by the thickness of the case including the Camera and microphone. Even the speakers are both protected from dust and damage with small filters over them, good job OtterBox, I love the attention to detail. https://lanoc.org/reviews/wp-content/uploads/2009/07/IMG_4847-lr.JPG

Obviously this case isn’t for everyone, if you are looking for something thin and stylish you are barking up the wrong tree with the Defender. This case is made to protect your phone without any concern over color, style, and size. When it comes to protection you really can’t find anything better. The dust on the rubber cover issue is livable, I would love to see them drop the rubber cover and just add a rubber coating onto the plastic shell. When the push comes to shove, for just under $50 buck this case is out of the range of some people, but for those who work construction or any other job that could risk damaging your phone that money would be well spent. 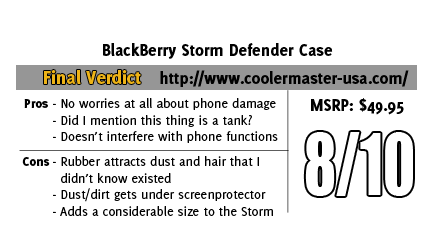 You might call him obsessed or just a hardcore geek. Wes's obsession with gaming hardware and gadgets isn't anything new, he could be found taking things apart even as a child. When not poking around in PC's he can be found playing League of Legends, Awesomenauts, or Civilization 5 or watching a wide variety of TV shows and Movies. A car guy at heart, the same things that draw him into tweaking cars apply when building good looking fast computers. If you are interested in writing for Wes here at LanOC you can reach out to him directly using our contact form.
Discuss this article
Log in to comment
Posts in discussion: BlackBerry Storm Defender Case

We have 1812 guests and one member online