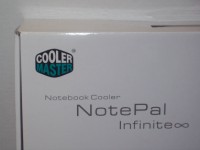 There are a lot of things a laptop provides: generally low power consumption, connectivity, and portability to name a few. But when a user takes a laptop beyond spreadsheets and blogging, there are certain areas that are left lacking. Extensive use creates stress on the system and many styles' neglected ergonomics create stress on the user. Cooler Master has created a solution for both.

The Notepal Infinite comes packaged in a box that is becoming quite standard these days: a sleek appearance with a convenient plastic handle installed for those hauling notebooks to and fro. Whatever use you may find in it, its a great addition. Inside, the Notepal is packaged around two foam placeholders to protect it from shipping damage. Included is a 500mm, or 1.64ft, USB 2.0 connection cable. Unpackaging and set-up is very simple right out of the box. 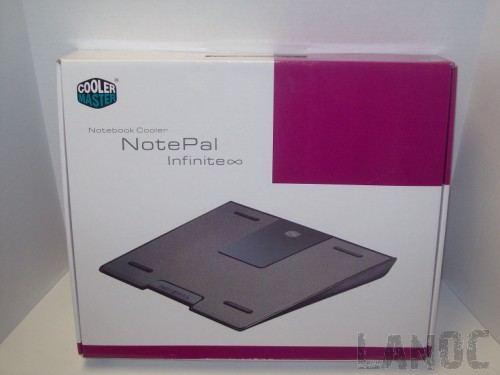 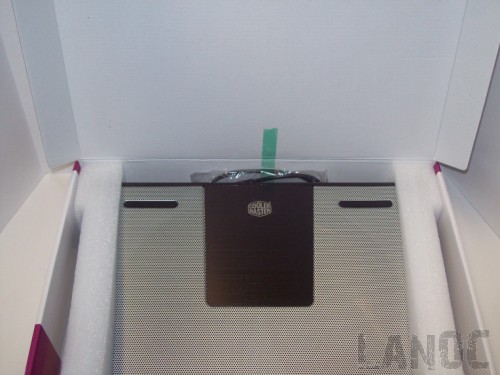 The Notepal Infinite features four anti-slip rubbers that do a great job of keeping the laptop from moving while in use. The Notepal can be used for laptops anywhere from 12in to 17in in width, which trumps the usual 15.4in restrictions of most cooling pads. One end of the USB connector plugs into the back of the cooler and one into an open USB port on the laptop, powering the Notepal and eliminating an extra power cord. To further help with cable management, Cooler Master has included a thin right-angled alcove on the bottom of the Notepal for the slack of the cord to run through, as well as retractable hooks situated on the back to hold not only excess USB cable but any others, such as a power cord or other devices. There are three levels of fan power that can be selected via a switch, as well as a power button to, well, turn it on. Simply place the laptop on the Notepal, select a speed, connect the USB cord, and hit the power button. 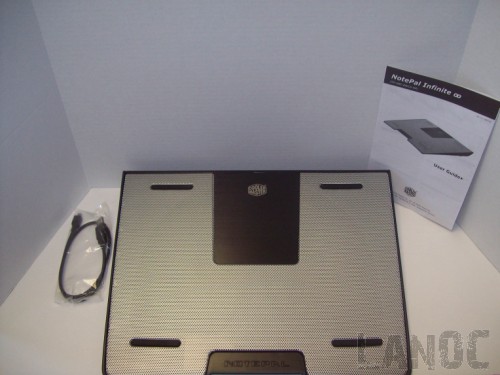 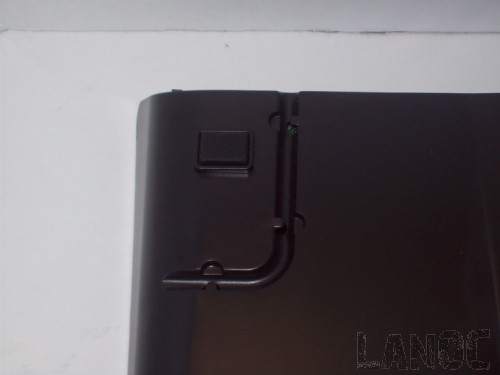 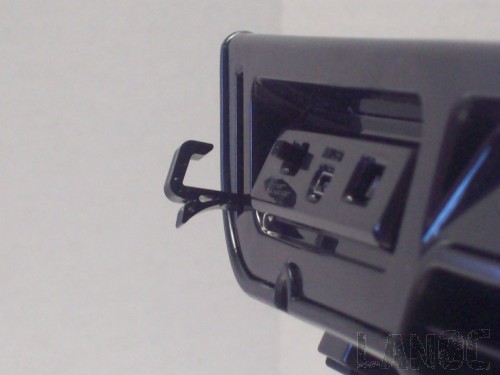 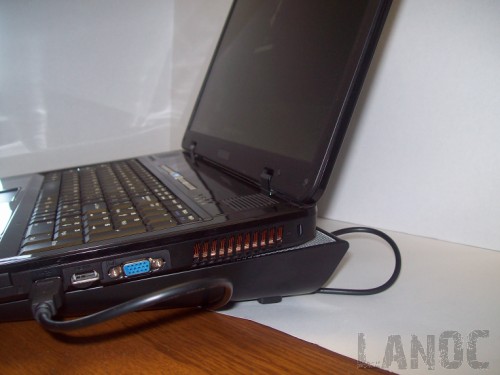 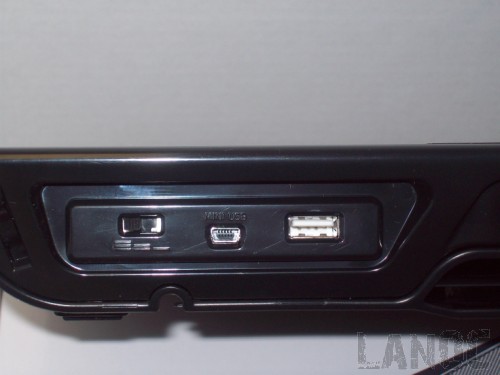 On several seperate nights, stressed out my laptop using Prime95 and DX9 Real-Time High-Dynamic Range Image-Based Lighting 1.2 (rthdribl) and RealTemp 3.0 as a measure for one hour, and while there were a few outlier results these are the most consistent: Control At Power On (Idle) Temperature: 36 Celsius GPU (Graphics processing unit): 48 Celsius Test One Without the Notepal Infinite Start 10:32PM, End 11:32PM Temperature: 73 Celsius GPU: 67 Celsius Test Two With the Notepal Infinite Start 10:55PM, End 11:55PM Temperature: 66 Celsius GPU: 64 Celsius So, with a little basic math, thats an improvement in temperature of 7 degrees and a difference in GPU temperature of 3 degrees with the Notepal Infinite. Outside of temperature control, the Infinite truly improves comfortability. After getting used to the propped screen and slanted keyboard, the laptop actually seems to sink into the desk when the Notepal is taken away. It does require an open USB port, as mentioned, but Cooler Master has included another port on the back to make up for it, and since its already behind the laptop it works great for a HUB. The noise is measured by Cooler Master at a maximum of 20.5 dBA, which is 1.5dBA less than a single 120mm case fan. 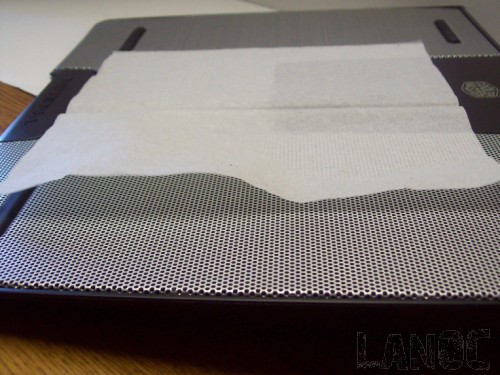 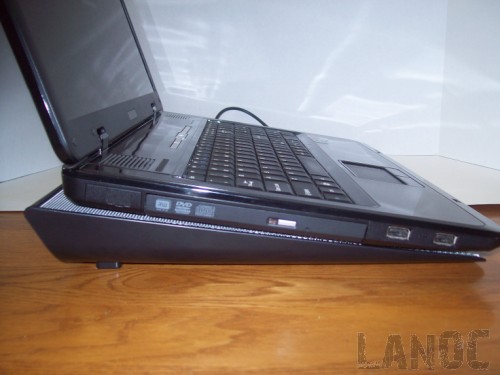 There are a few minor problems that I encountered. The first is the length of the USB cable, which as mentioned before is 500mm or a little over a foot and half. This is long enough to reach from the back of the Notepal to any USB port on a laptop, but it can cause some issues if your CD drive is in the wrong place, especially if the cord is pulled tight using the slack cove. 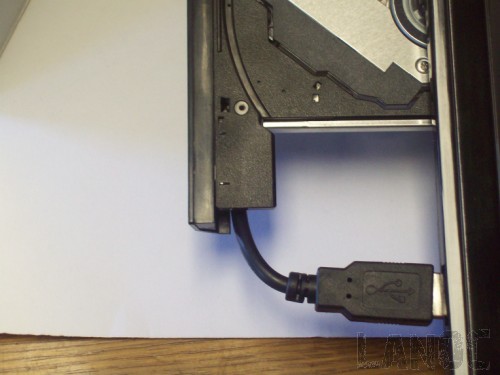 The only other issue was the three lips that keep the cord in the alcove on the underside of the Infinite a very thin, and you can't simply press the cord into the slot, otherwise they will just bend down. 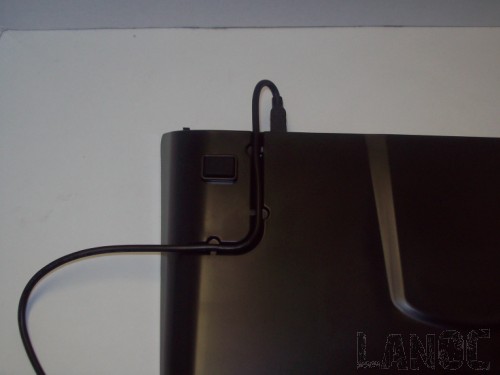 If the greatest flaw of a product is some stubborn plastic, then you're sitting pretty well. Seven degrees average cooling difference is nothing to shake your head at, and anything that helps to cool down a GPU is well worth using. The Notepal Infinite is made very sturdy, is light, and spoils from the moment its set up. 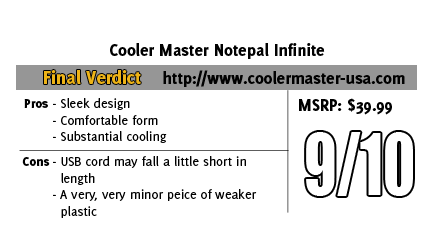 You might call him obsessed or just a hardcore geek. Wes's obsession with gaming hardware and gadgets isn't anything new, he could be found taking things apart even as a child. When not poking around in PC's he can be found playing League of Legends, Awesomenauts, or Civilization 5 or watching a wide variety of TV shows and Movies. A car guy at heart, the same things that draw him into tweaking cars apply when building good looking fast computers. If you are interested in writing for Wes here at LanOC you can reach out to him directly using our contact form.
Discuss this article
Log in to comment
Posts in discussion: Cooler Master Notepal Infinite