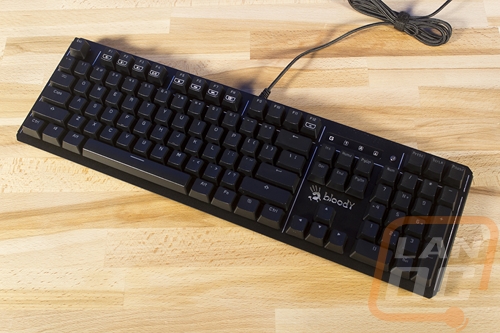 So for performance testing, I have been using the B975 off and on for a few months now actually. Because it has been on my main PC I have had a lot of writing as expected, and some gaming as well mixed in. I’m using it while typing this right now as well! So how has the B975 been working? Well switching from standard switches to the optical switches didn’t end up being an issue at all. The same goes for the layout. Because most of the keyboard has a traditional layout I was able to get on the B975 and just go. In fact, if anything moving the print screen button was a plus. I wouldn’t have ever considered it but from time to type I do bump it and now I don’t have random screenshots showing up in my Dropbox folder (it automatically saves print screens). I basically dropped the whole wrist rest early on, my desk can get jammed up with a lot of stuff that I’m working on so I like to have space. Plus I didn’t like the uneven effect of the two-piece design, as I type more than I game I have two hands on the keyboard more than I don’t.

Most of my experience was typing to get a good feel for the switches though. What I found was that they feel quick, I have no way to confirm anything but response time does seem good. More importantly to me, though typing feels solid. I think the built-in stabilizers play a big part but also the thicker keycaps also help. I was a little worried about the solidness of the B975 because of its light weight but it seems the switches make up for a little of it. The 1.5mm actuation point seems spot on, the MX speed switches that I tested a while back gave me issues when typing with miss clicks and double inputs. The .3mm seems to of made all the difference and it is still noticeable compared to the stock MX actuation point. Typing and gaming alike I was happy, a surprisingly good mix. Also surprising, with all of those stabilizers there weren’t any rattle issues in my testing.

Now talked really highly of the keycaps in the last section and I still really like them. But once I started to use them I did start to dislike the font a little. Initially, the font looked normal, but with lighting on a few like the B key have a weird and are harder to spot. I also found myself hating the bloody logo above the direction pad more than I thought. Not because of the logo or location, but because it sticks up. I don’t think I have ever touched that area normally but a few times I ended up rubbing on it during normal use.

So the RGB backlighting was good, no shockers there. For my photos, I set up a color spectrum, but in normal use, I just ran orange to match the Crush build and the lighting on my other devices. The bezel-less design does leak a little light around the edges but it was only really noticeable when taking photos, not when using the keyboard. I do wish they had a good way to create your own profiles without any software like some companies have done. But being able to switch between a lot of the modes quickly with direct profile buttons (in the function layer) was nice. 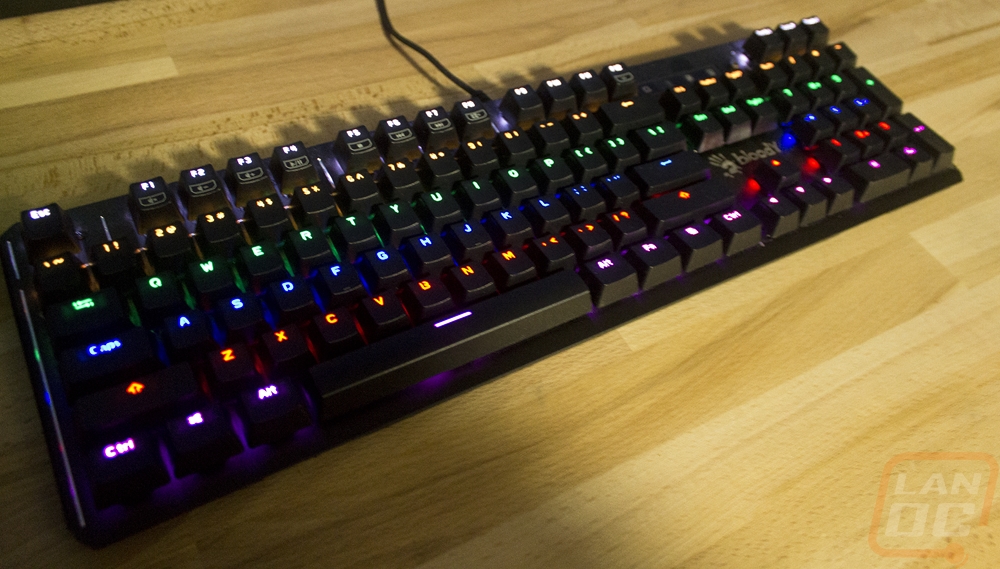 What about the software? Well, right away I wasn’t a fan of the ultra gaming skin over it. The diamond plate around the edges is actually from my background, it shows because the skin has a weird X shape. Even beyond the look though, I didn’t find it all that easy to navigate. The button tab does let you reprogram each key and you can click on each of them, but the size of the keyboard should be much larger on the program. Far to much useless stuff takes up space that could be used for important things like the actual programming part. Then most likely the only thing most people are going to use, the lighting programming, is split up. All of the preset profiles are on a tab, then the lighting controls that most will want can only be found on the button page with a small RGB colored button in the top corner. Macro controls and recording is all there as well, but its again hard to see and use. Overall all of the functionality you could want is there, even uploading custom lighting effects, but none of it is easy to use or find like it should be. I’m also not a fan of the constant on docked part of the software that is on by default. 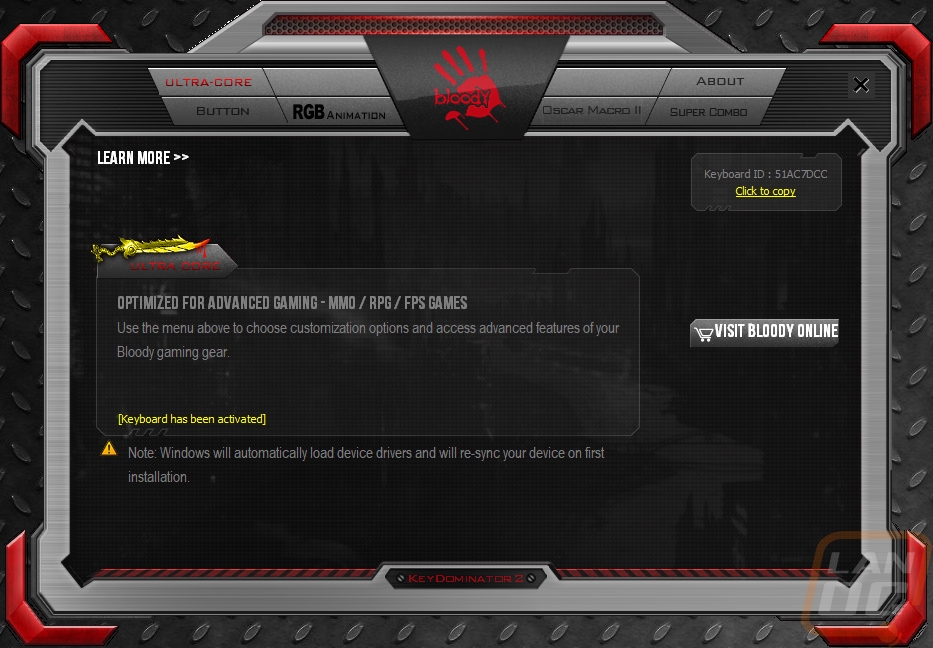 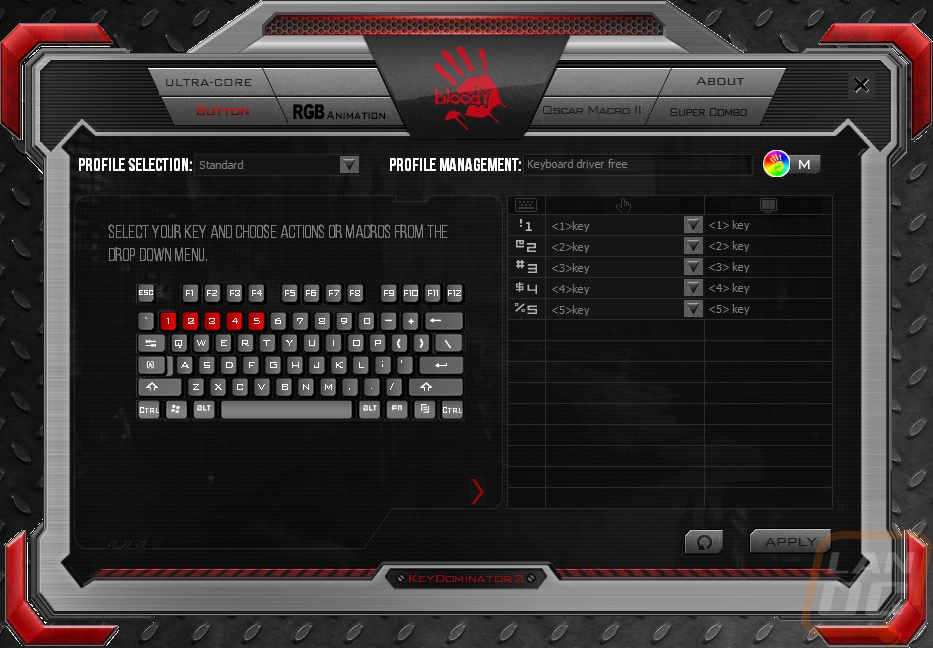 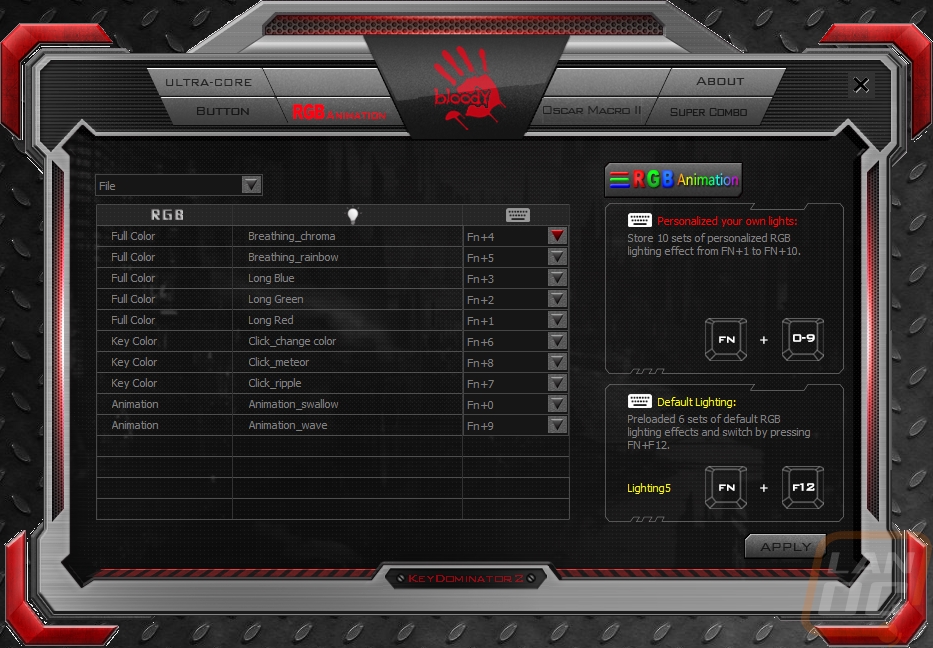 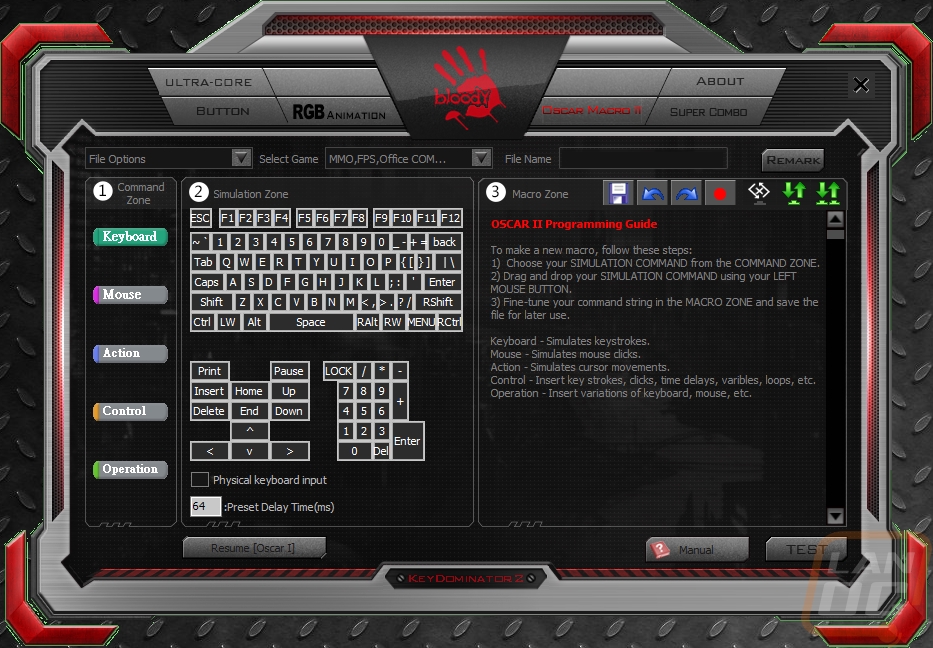 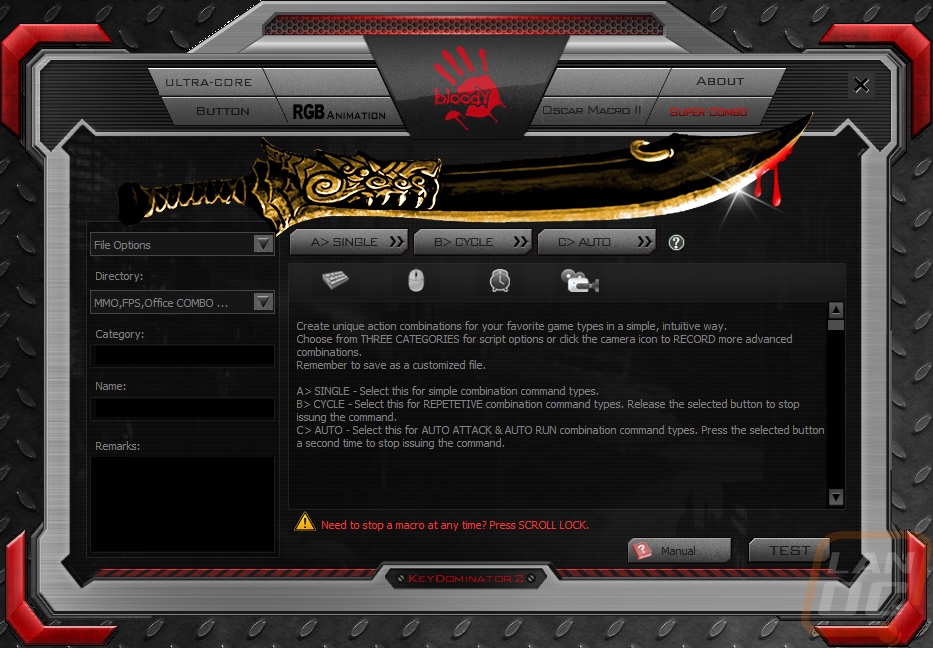 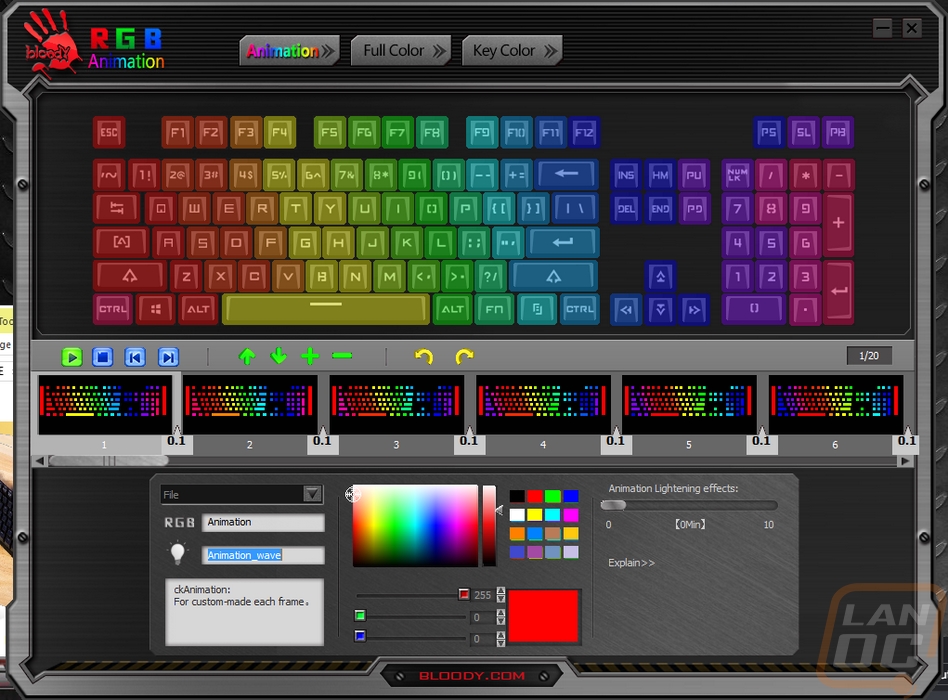 We have 618 guests and one member online