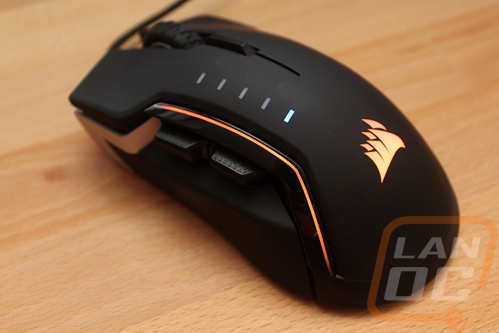 For testing I have been using the Glaive for about a week as my only mouse, using it for everyday usage and gaming. Typically I prefer to test for longer but with it coming in late I had to cut my testing down a little. I was still able to get a good feel for the mouse though. Initially, I was surprised at how big the Glaive is. More specifically it is a lot wider than I am used to but the mouse isn’t huge, it is similar in size to the Deathadder only wider. Wiser is a good thing for people with larger hands and I think that market gets missed a lot with almost every mouse focusing on one specific size. So one I got used to the Glaive I actually liked the size, it fits my larger hand better than I thought it would. The additional size did also increase the Glaives weight and that was really the only downside to me, it is a heavy mouse and you can feel it when moving it around.

The rest of the Glaive worked well with wider hands as well. The triggers are noticeably wider so on a normal mouse I will sometimes be clicking a little to the left of center but here I had room. I was a little worried that the additional size might make it hard for smaller hands but the placement of the thumb buttons was good and should work for everyone. The triggers and the side buttons both have a well-defined click that isn’t too loud and the scroll wheel feels good. The rubber grip on the scroll wheel gripped well even when y hands were a little greasy. Really Corsair took a good shape and just added a little to the width to make it more comfortable. After trying the two extra thumb grips I went back to the original though I do wish the original had a little more of a cupped shape to help grip the mouse when picking it up as I prefer that over a rubber texture for grip.

As for the whole aluminum frame discussion from before, yeah they used a little but I busted out my original K65 for comparison. One of the things I noted when I reviewed the K65 was just how solid the mouse felt because of the aluminum frame and I just don’t feel that with the Glaive. I’m not saying the mouse flexes or anything, but there is a noticeable difference between the K65 and anything else on the market because of the aluminum frame so if the Glaive has it as they mentioned, it’s not doing the same thing.

So for the sensor, I love that Corsair went optical with the PWM3367 variation on the PWM3366 that I have always loved. Going with a good optical sensor means great tracking and lower costs as well. I didn’t have any trouble with the Glaive in my testing nor did I find any angle snapping or acceleration though it should be noted there are options in the software to turn that stuff on. Not that I would want it.

I also really like the lighting. You get full RGB control and after fighting with it I was able to get a decent orange. There are just three locations so the lighting isn’t overdone or anything so even people that hate RGB shouldn’t be too upset other than Corsair insisting on putting RGB in the product name. 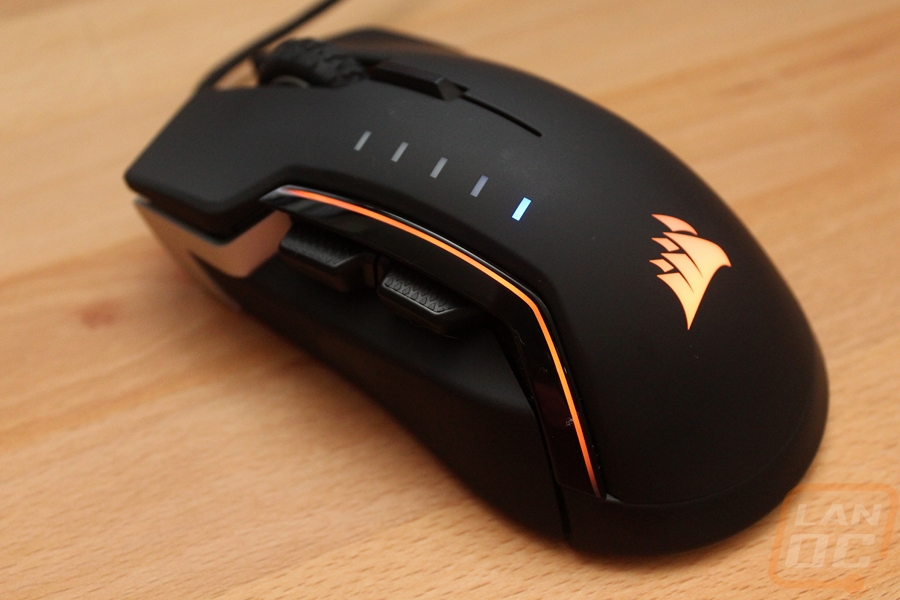 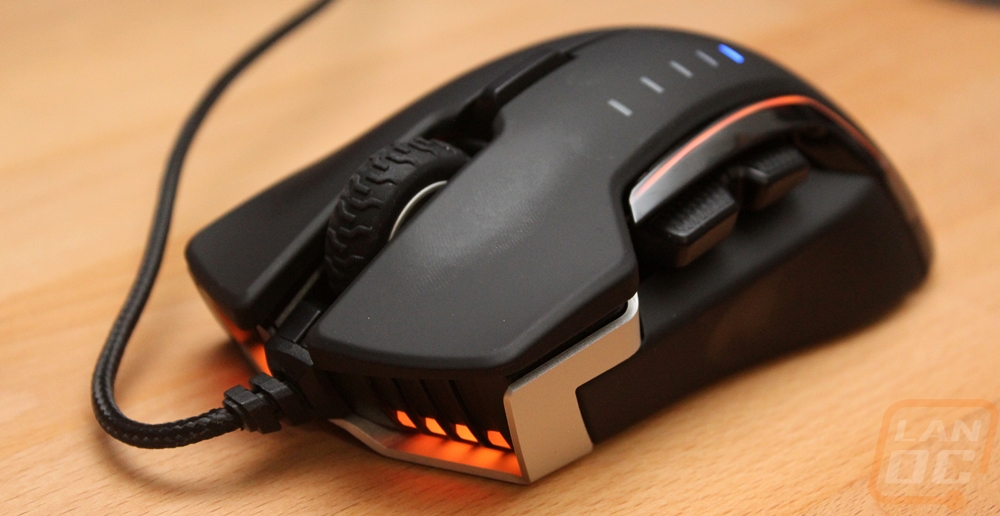 We have 599 guests and one member online