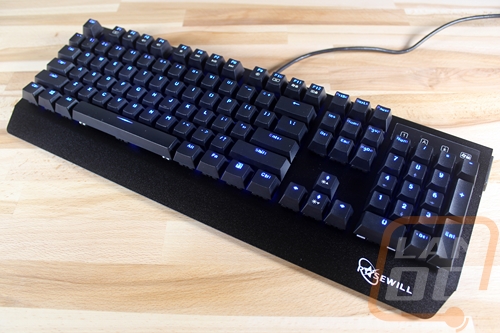 For testing, I’ve been using the Rosewill RK-9300 for about a month now exclusively as my main keyboard. With that, I have done a lot of my writing on it and used it for gaming and general browsing as well. This gave me more than enough time to adjust and get a good feel for how the 9300 handles things through adjustment wasn’t really needed at all. With a fully standard layout and my preferred keyswitch, I jumped on it and didn’t have any issues. In fact, at one point I forgot I was using a different keyboard than the Masterkeys Pro L that I normally use.

The decision to stick with only genuine Cherry switches was a good one and typing on the 9300 is great. The switches are solid, no wobbles or any other issues that you sometimes find with knockoffs. The stabilizers were surprisingly good as well. Sometimes Cherry stabilizers can have a little rattle, but this time around I didn’t have any issues. The Doubleshot ABS keycaps were also really nice, contributing to the experience. They are a little thicker than standard keycaps and thickness is good, it makes each keypress feel a little more solid and quiet things down. The font they went with was also easy to read as well.

Now the function layer keys, other than forcing myself to use them a few times, I didn’t find myself using them at all. I personally prefer having a nice volume knob, but it’s nice the option is there for anyone who will use them. The other aspect I wasn’t sure about before starting my testing was the overall finish that they went with. I hated photographing it and I thought the glossy textured finish looked weird, but when I started using the keyboard I found it to be easy to keep clean because oils and fingerprints didn’t stick to it. That’s not something I focus on in testing normally, but it did stand out on the RK-9300.

The last aspect I tested was the backlighting. From the beginning I wasn’t impressed with the blue color choice, it’s a nice color but with everyone going RGB I would prefer white if we have to have a single LED color. This way it goes with any build or setup. The lighting modes didn’t get much use, I prefer a solid layout, not turning off part of the keys. I will say however thank goodness they have the brightness controls. The backlighting ended up being bright, so bright that at night my entire office would glow blue. I had to get a photo to show it, check out the ceiling. 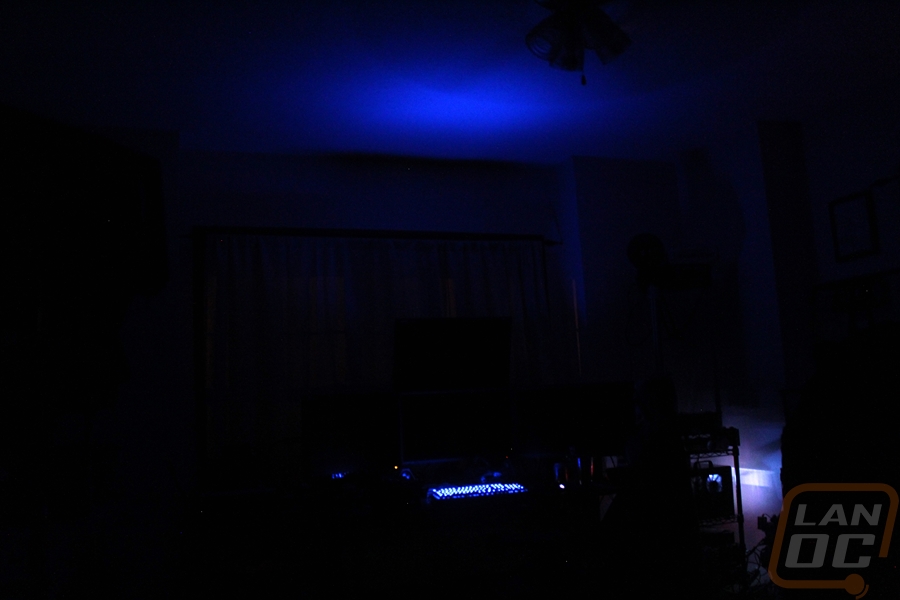 Beyond that, the backlighting did look good and the number row had consistent lighting on the numbers AND the shift layer functions, something people miss sometimes. 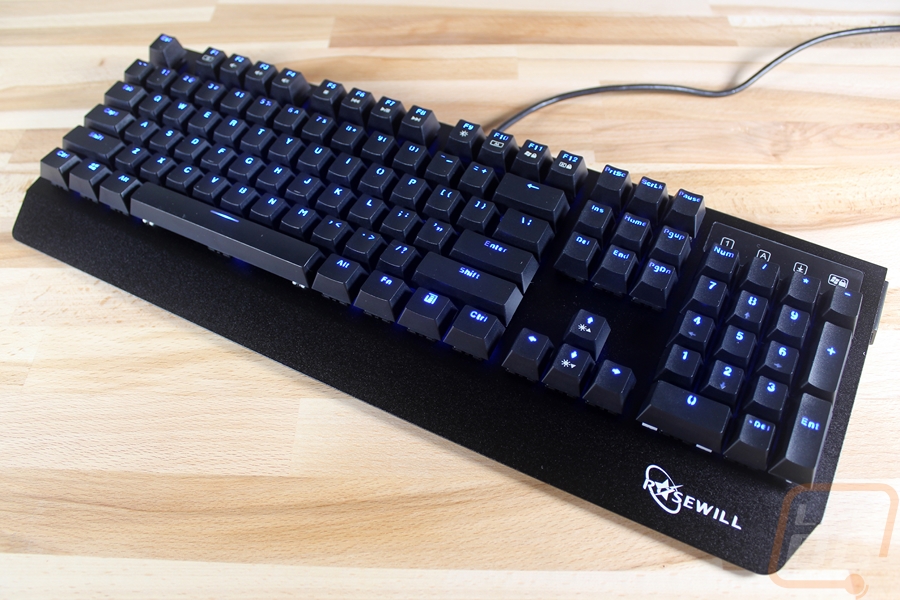 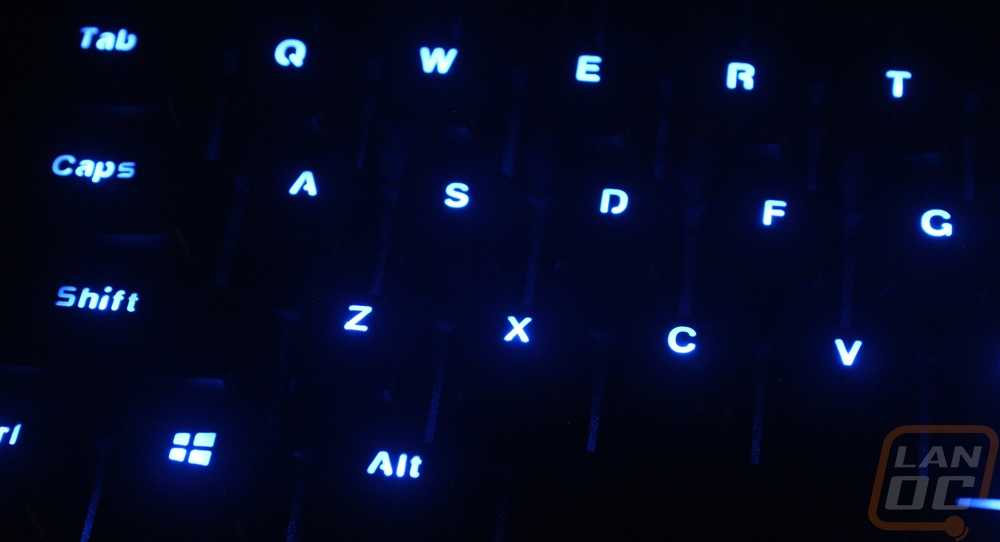