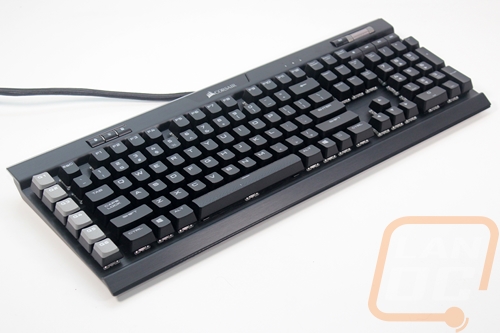 For performance testing, I have been using the K95 as my main keyboard for about a week now, basically from when Corsair sent it until today the day the embargo ends. That’s a little less time than I normally spend testing a keyboard, but still enough to get a feel for everything. My testing was a mix of writing and playing league over that week period to cover gaming and normal typing.

My initial impressions when typing on the K95 RGB Platinum were that the keyboard feels solid but it is a little loud. It’s not the keyswitches, there is just a little more of a boom when you bottom out a key and I do that a lot when typing. No big surprise given my concern with it when I first took a look at the keyboard but the texture on the spacebar wasn’t my favorite thing. I called it an off road finish in the feature rundown and it still looks/feels that way to me but after using the K95 long enough I stopped noticing it. I really like the built-in wrist rest and I spent a lot of time fidgeting with the flippable rubber finish that is held on with magnets.

I did make a point to mess with the media controls and I was blown away with how bad they feel, they are really mushy. I would have preferred Corsair use mechanical switches on them or at least a mechanical mouse switch for a solid feel, they feel really out of place next to the mechanical keys. I did still like the all metal volume scroll wheel, though.

The Cherry MX Speed switches were interesting to get a first feel of. They are linear and feel a lot like Cherry Reds but even on my first use, I could notice the shorter actuation. They actuate at 1.2mm where a normal Cherry switch actuates at 2mm. People who like the shorter throw of Razer and SteelSeries’s custom switches should like these. I didn’t notice any specific gaming improvement, but I could see how someone at the highest levels might be able to get a small (in micro-seconds) gain. I did notice extra typos when typing on the switches, though. I’m sure the longer I use the keyboard the less it would be an issue but I would sometimes miss double letters and I seemed to be more likely to bump the keys next to the key I was typing on. Basically, it took less of a bump for a fat finger to get an extra letter. So I wouldn’t recommend the Speed switches for a writer, but the Cherry MX Brown option on the K95 should be fine.

The fact that Corsair works so closely with Cherry is nice, having their switches adds a little quality and trust. Corsair also went with Cherry stabilizers as well. They normally have a bit of a rattle but I only noticed a tiny bit of rattle on the spacebar, the other keys were surprisingly solid.

Then, of course, we have the RGB backlighting that is in the keyboards name. Like the previous K95 and all of Corsairs RGB keyboards, the lighting looks great. It was smooth and bright, even if it was lighting up those “gaming” focused legends. There are brighter RGB keyboards, the black aluminum backplate mostly just absorbs the lighting in between the keys where some keyboards use white to really make it pop. As for the RGB bar across the top of the keyboard that Corsair is calling LightEdge, it looked good when using the RGB effects. The individual controllable LEDs across it work well with the effects. I didn’t like it much when using it with solid colors, though. 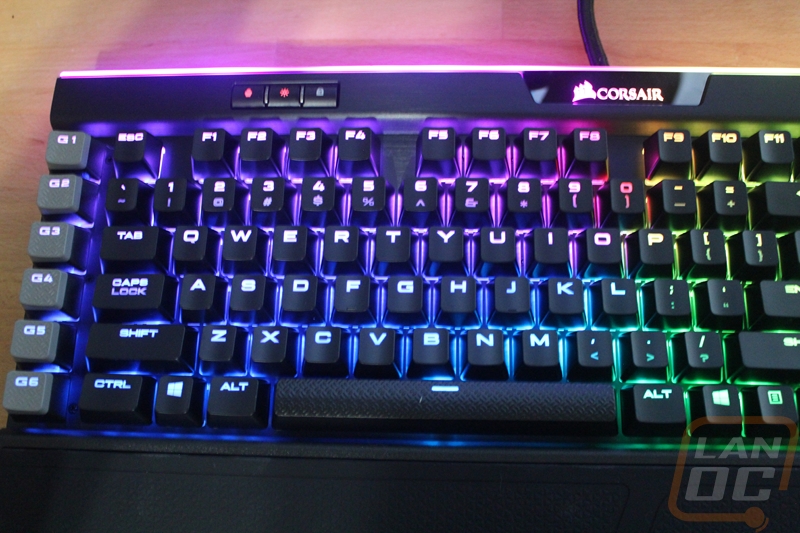 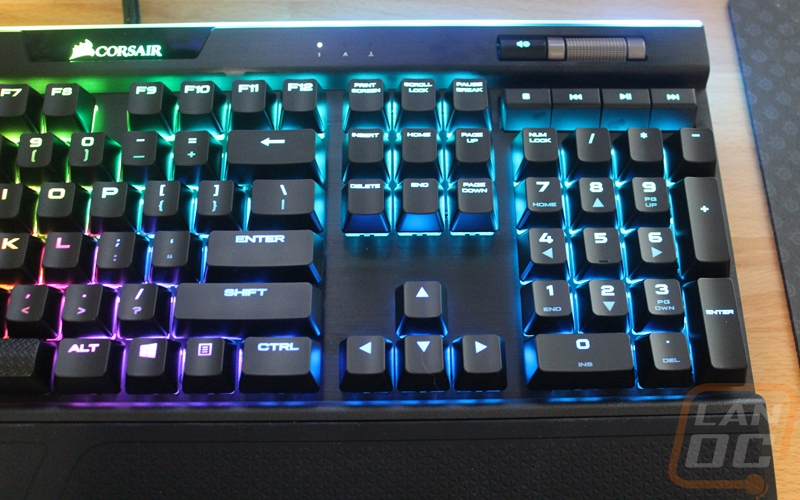 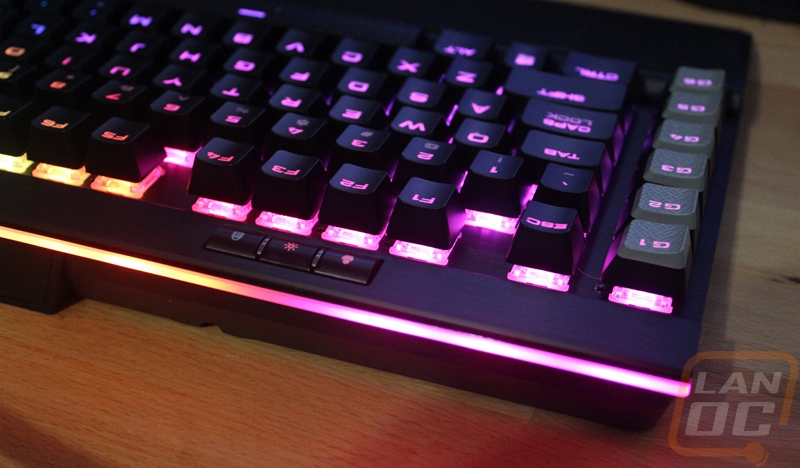 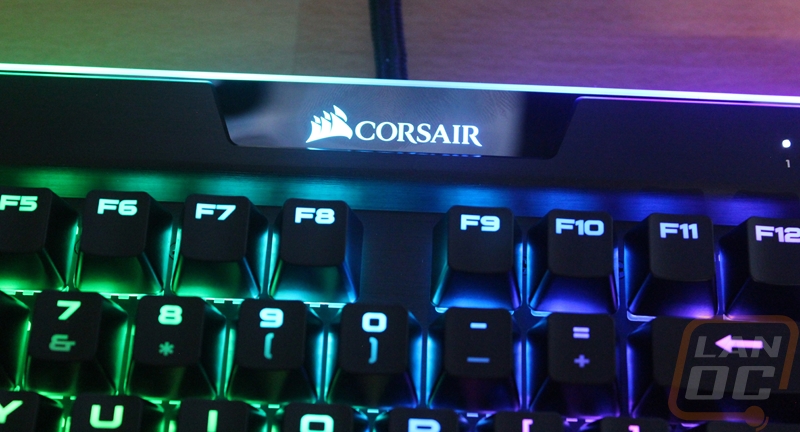 We have 1177 guests and one member online