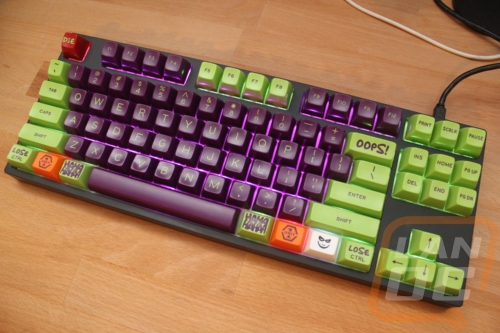 Given that I had already spent a month with the Masterkeys Pro L I didn’t have to spend as much time testing the similar Pro S. I focused my testing on seeing if the Pro S had the same pros and cons as the Pro L as well as seeing if the differences like the rear mounted USB port and the moved profile buttons effected performance at all.

Like the Pro L the Pro S’s backlighting was the big attention getter. The RGB backlighting was easy to use both with the Fn layer controls or the software. The backlighting was extremely bright and performed well. Being able to control the backlighting brightness was once again a problem when not using the software. The positioning of the numbers on the number row did also make the numbers dimmer as well just like on the Pro L. The various RGB lighting modes were great but I still found myself using white or the custom profile that I set up to match our custom keycaps. The modes like snake were fun once or twice or to show off the lighting but they aren’t something most people are going to run all of the time. 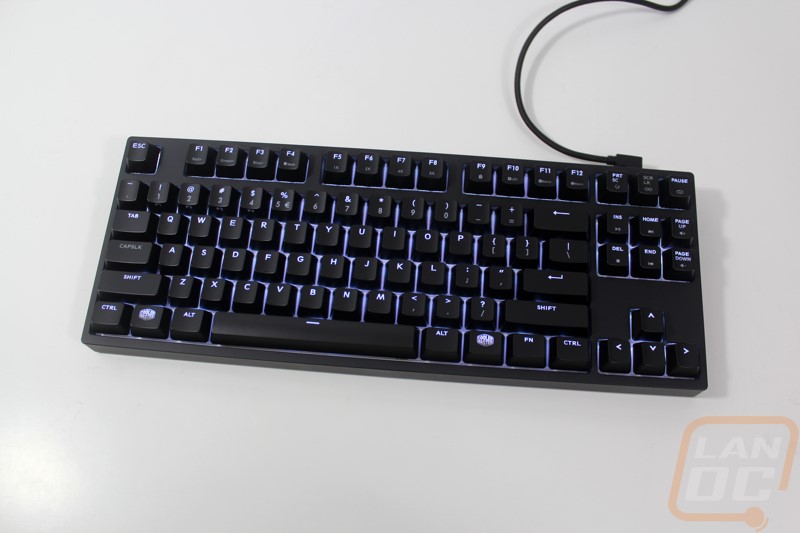 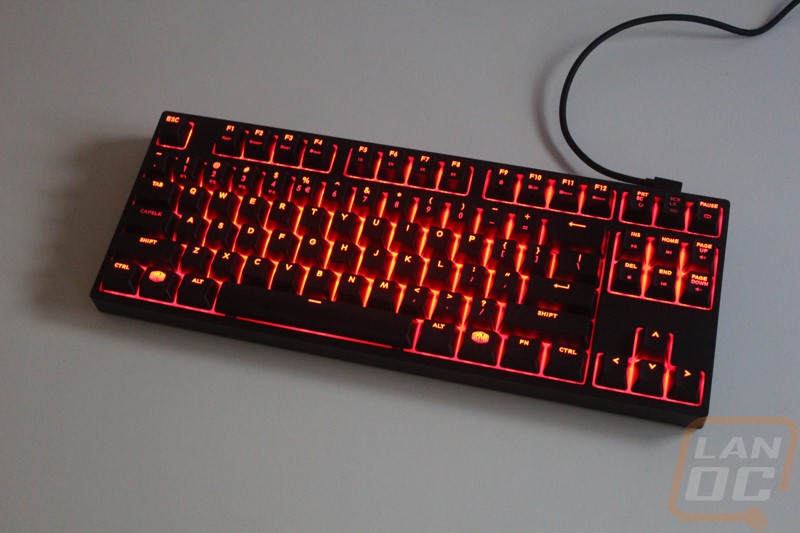 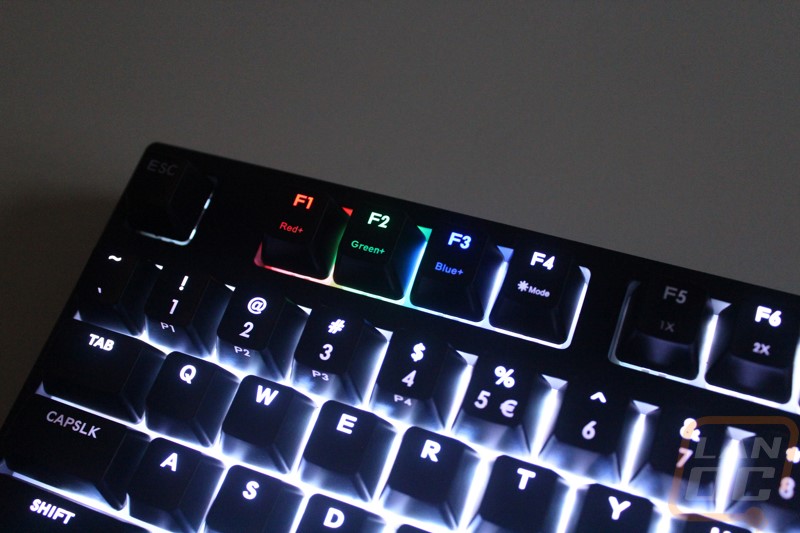 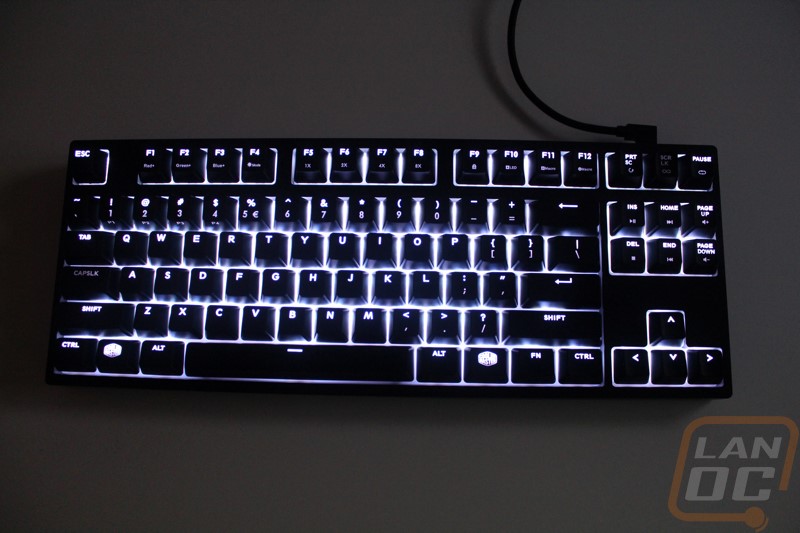 The Cherry MX switches performed really well. Just like with our Pro L sample I wasn’t the biggest fan of the linear Red switches but that is a preference. With Blue and Brown options available you will be able to pick out something that fits your preference the most. Being genuine Cherry switches means you won’t have to worry about quality issues like the wobble that some of the other brands tend to have. That said the Cherry stabilizers did drive me up the wall in my testing, especially on the spacebar. While I love them for making swapping out the keycaps easy they had more of a rattle than they should have. I had the same issue with the Pro L but because I tested it for a longer period of time the stabilizers wore in and the rattle went away mostly. In fact, on my desk I have both the Pro L and Pro S and when using the Pro S even my wife commented about the noise. I’m sure it will wear in, but expect to have to put up with the noise for 2-3 weeks before it clears up.

With the Masterkeys Pro S being a TKL sized keyboard It did take a little adjustment to get used to using the number row rather than the number pad at my main desk. Obviously if you use the number pad a lot you should still be looking at a full sized keyboard but most people aren’t inputting a ton of numbers so using the number row to input your phone number from time to time isn’t a big deal, especially when it allows you more desk space. The smaller form factor still has the Fn layer media keys just above the direction pad. Moving the profile keys to the number row was actually a nice touch, it also could open up the possibility of having even more profiles as well, not that I used more than 2 or 3.

We have 1541 guests and one member online