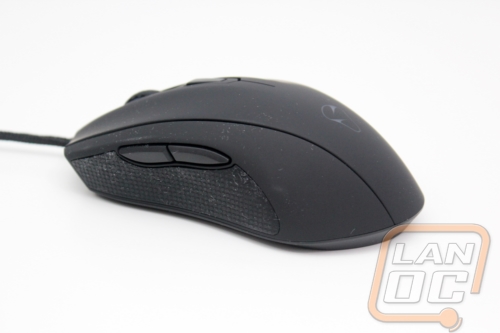 For testing I used the Castor over few weeks of both my work and gaming time on my main PC. This means I had the chance to use the mouse over extended periods of time to tests its comfort and test the sensor performance in Photoshop while working and gaming as well, LOTS of gaming. What were my initial impressions? Well for one I haven’t reviewed any mice in a while so switching from my day to day mouse was an adjustment. Most notably the left side of the Castor had a weird angle that took me days to get used too but never fully fit my hand. Beyond that the rest of the mouse fit my hand well, especially the two grooved spots for my ring and pinky fingers. My other initial impression was just how lightweight the Castor is. I don’t really consider the Sensei to be a heavy mouse and I never use weights when mice have that as an option, but the Castor has to be close to the lightest mouse I have ever tested. It was so light in fact that until I adjusted to the mouse I had a little problem with me picking up the mouse unintentionally with just how I would hold it. I wouldn’t even notice until when I would click a trigger button and the curser would move a little as I pushed the mouse back down.

I’m not sure if it was because of the lighter weight or the large feet on the bottom of the Castor but I also noticed that I could feel the texture of my hard mouse pad as I moved the mouse around. That was a little surprising but again I adjusted to it quickly and didn’t notice it later unless focusing on it.

After my initial concerns with the shape of the Castor, after adjusting I can confirm that the design is comfortable. But angle of the left side of the mouse is still noticeable. The problem is they angled it to make it easier to grab the mouse but the angle is a lot more than is needed. The Sensei for example uses a slight curve to do the same job. Speaking of that, the rubber grip on the left side surprised me. Typically, I hate them but the texture of the rubber grip on the Castor wasn’t overdone. The rubber did collect dirt and dust quickly though and with its texture it is very hard to keep clean.

Beyond the side shape I found the button placement on the Castor to be spot on, being reachable for my slightly larger hands as well as my wife’s small hands. For the triggers Mionix used OMRON D2FC-F-7N switches and the clicks are defined but a little lighter than expected. The scroll wheel ws also very quiet and didn’t require a heavy touch. The rubber grip helped get traction and the design didn’t collect dust and dirt in it like a lot of the other rubber scroll wheel designs.

What about the tracking performance? Well Mionix went with the well known and very popular Pixart 3310 optical sensor. This is the same sensor that most Zowie mice use, as well as the Corsair M45 and the Steel Series Rival. The sensor is considered to be nearly flawless with no acceleration like most sensors. The only issue is a tiny bit of smoothing but all but the pickiest people will never notice. Because of that it performed great in game. During my testing I spent a lot of time playing Ark as well as League and at no point did I ever run into any tracking issues. 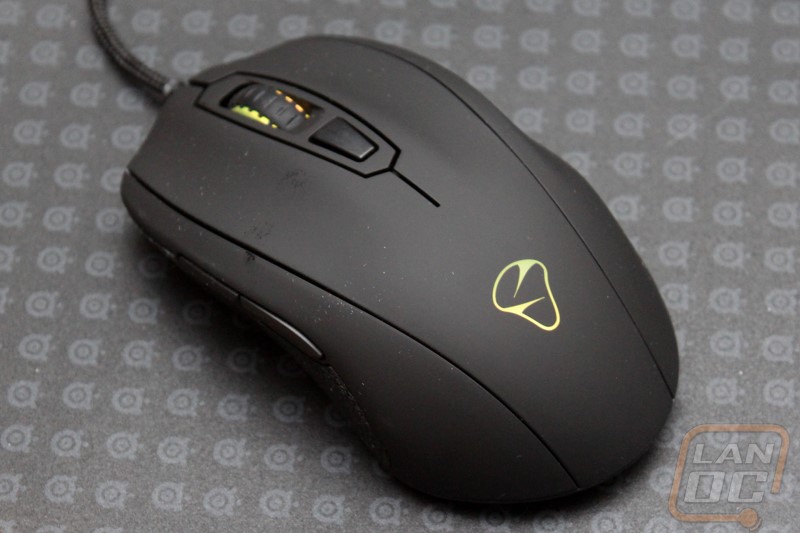