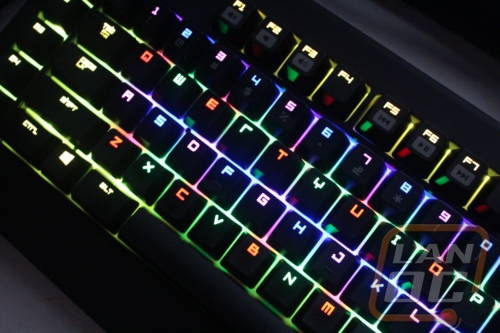 Without everything powered on, there really isn’t any difference between the Razer Blackwidow Ultimate Chroma and the Blackwidow Ultimate 2014. You still get the same flat black finish, Razer styling, and “gaming” font. The Chroma has a standard key layout with the exception of the five macro keys on the left side and the Razer specific function key media controls. The look of the Blackwidow isn’t for everyone, especially people who prefer a clean non gaming styling. When you compare it to a lot of the other gaming keyboards it layout is a lot cleaner and to the point. In fact when you look with the lighting off there isn’t any branding showing or for that matter you can’t even see the number/scroll LEDs. If Razer went with a little less aggressive font I think it would really help finish off the clean look. 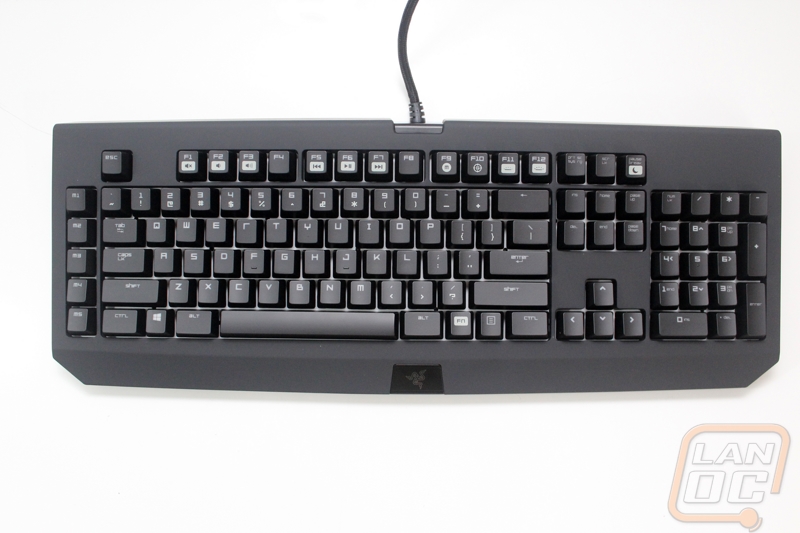 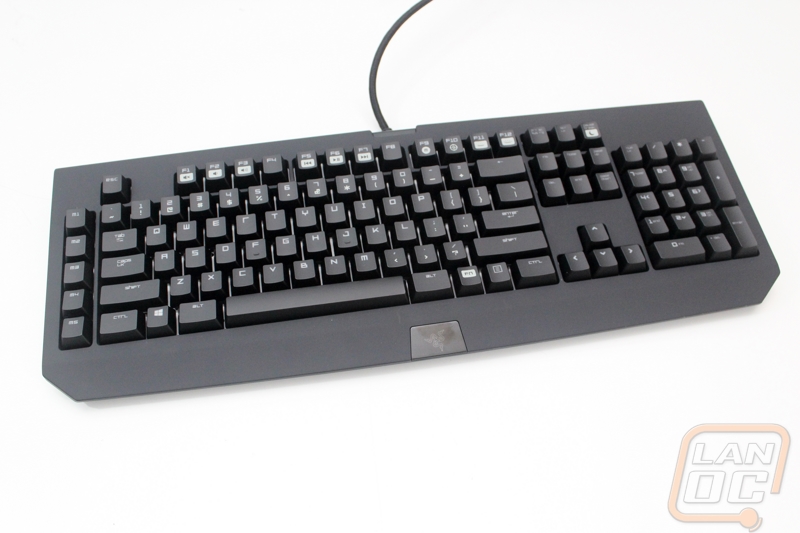 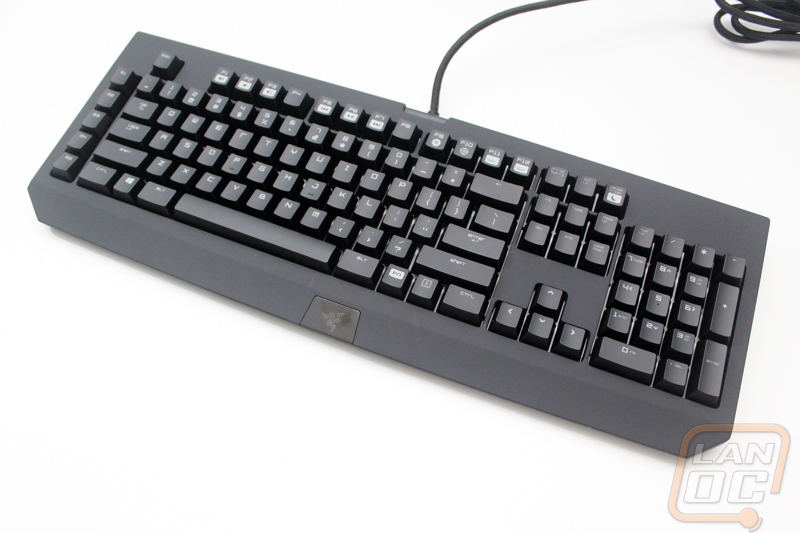 Like I mentioned before, Razer stuck with the same 5 macro key design that they have always had on their Blackwidows. This is enough programmability for most people without going overboard and making the keyboard to wide. For people who don’t use the macro keys this isn’t enough to get in your way as well. For media keys you have to use a function key but you have volume controls in the F1-F3 keys, media controls in F5-F7, and lighting controls in F9-F12. The Chroma has the same hard to read font as normal. It isn’t bad in all cases, but when you start looking at W, E, and M they all look exactly the same just turned. 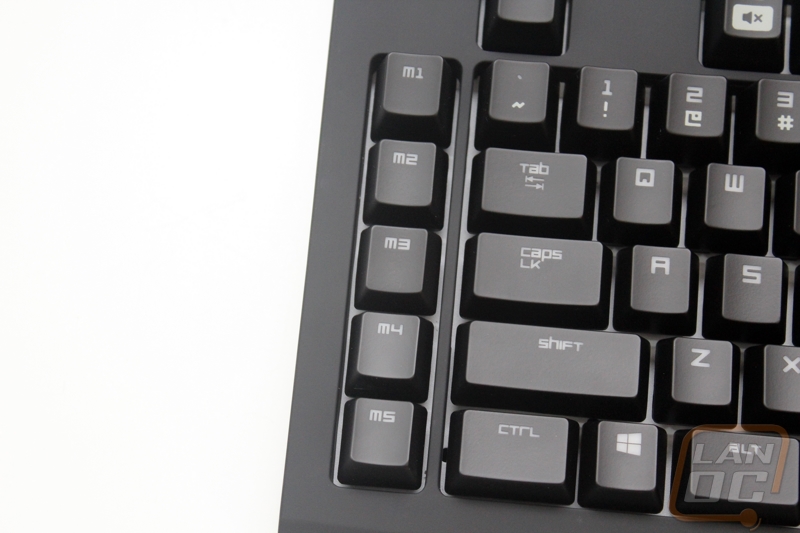 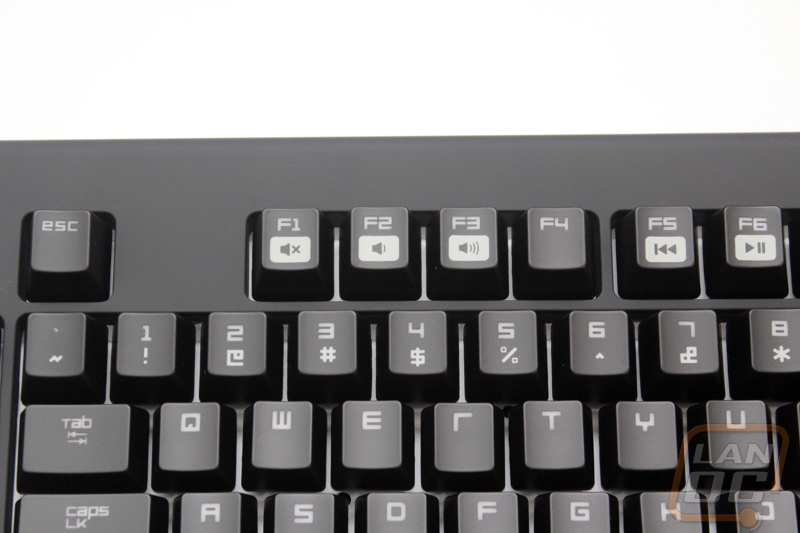 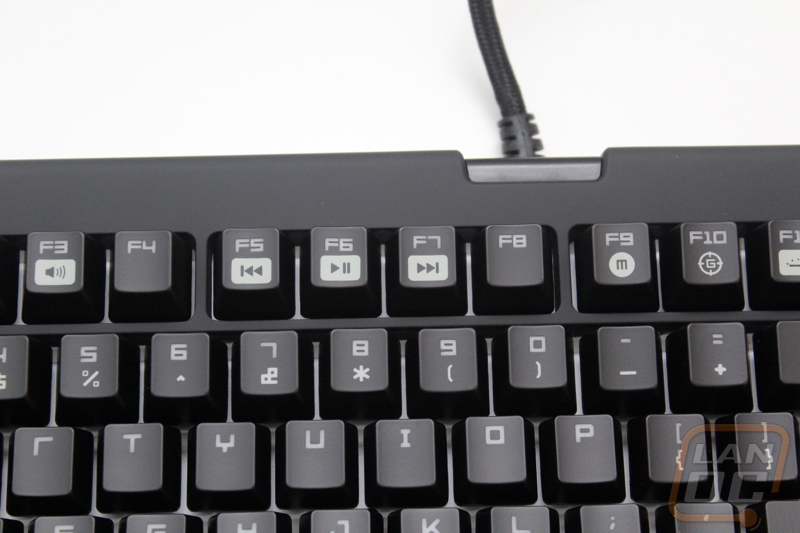 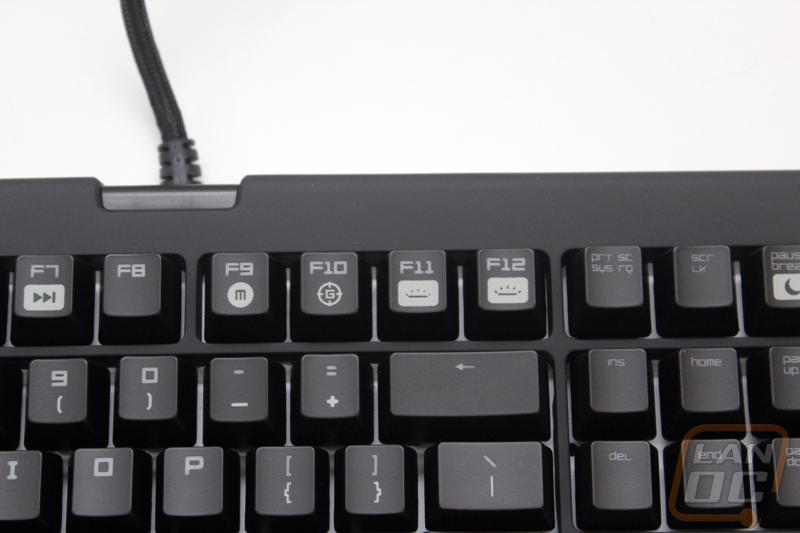 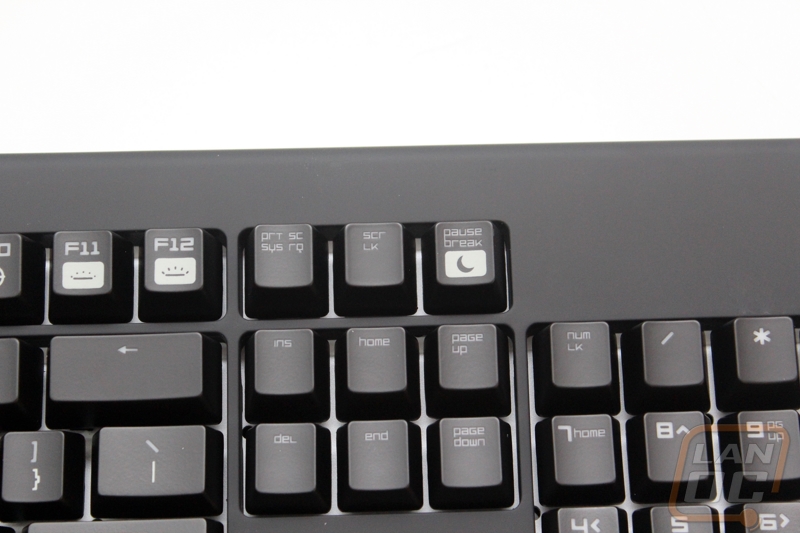 Down on the bottom is a small glossy area where the Razer logo lights up. Razer lets you control this with the Chroma, allowing people who want a clean look to dim or turning it off all together or if you want you can set it to a different color. 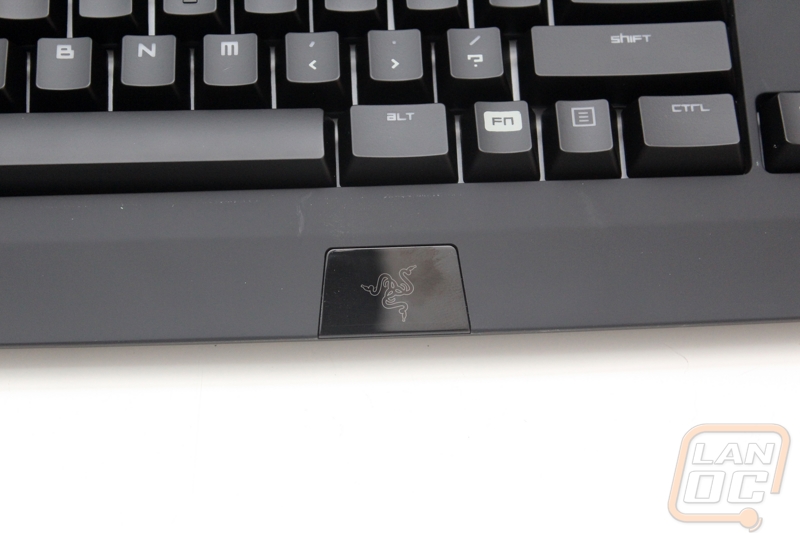 The back of the Blackwidow doesn’t have anything going on, just an extension of the flat black finish on the top of the keyboard. The cord is permanent and runs into the middle of the board. They did put a heavy duty rubber guard around the cord to prevent any kinking. The right side of the board does have a single USB 2.0 port along with a microphone and headphone plug. This is just a pass-through design so you have to plug the microphone and headphone plugs into your soundcard in your PC to get them working. I rarely use anything like this, pass-throughs tend to cut down on audio quality at times. 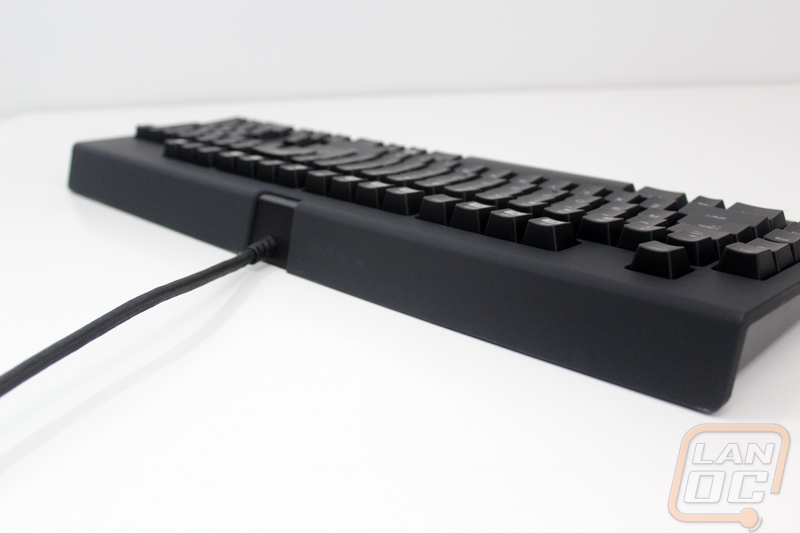 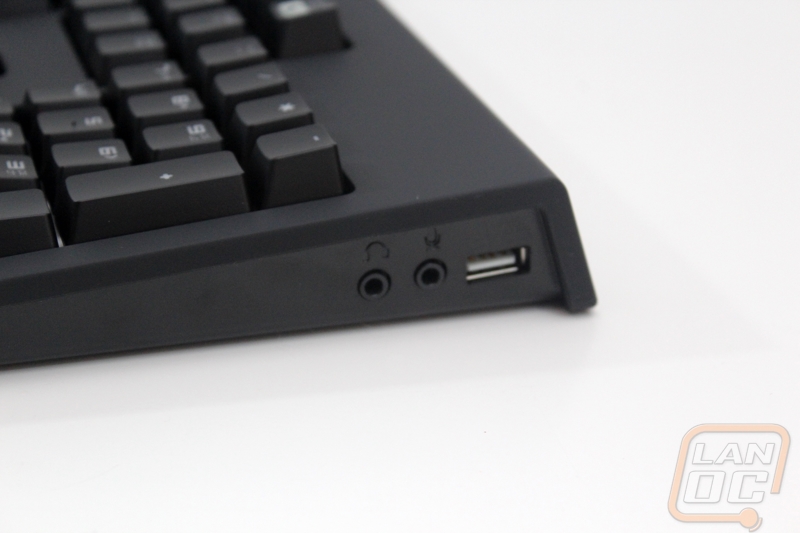 The bottom of the Blackwidow Chroma has four small rubber pads, one in each corner. The keyboard design has a natural angle already, but if you need more they did include flip up feet. The feet also have rubber on the ends for traction when angled. 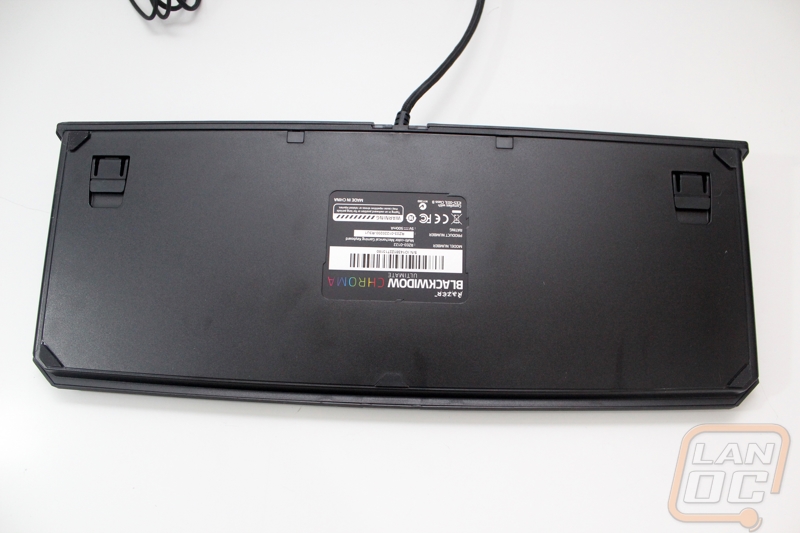 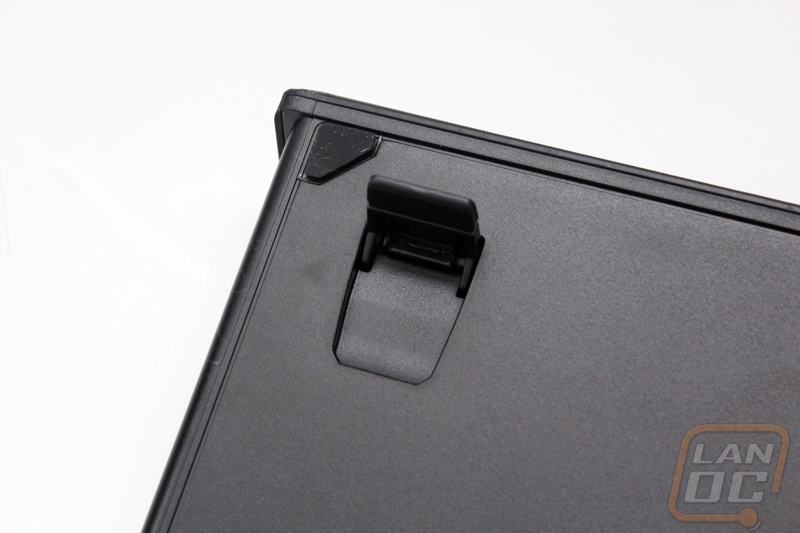 For switches Razer is sticking with their Kailh made switches. They introduced these with the 2014 Blackwidow. They have Razer branding on them and a slightly different design than the normal Kailh Cherry knockoff. These have a Razer specified actuation point and the Razer green color. For the Chroma they did make one very big change though, the LEDs are full RGB where the old switches just had a green LED. They also changed the metal backplate color from green to a white that will react better with the RGB lighting. 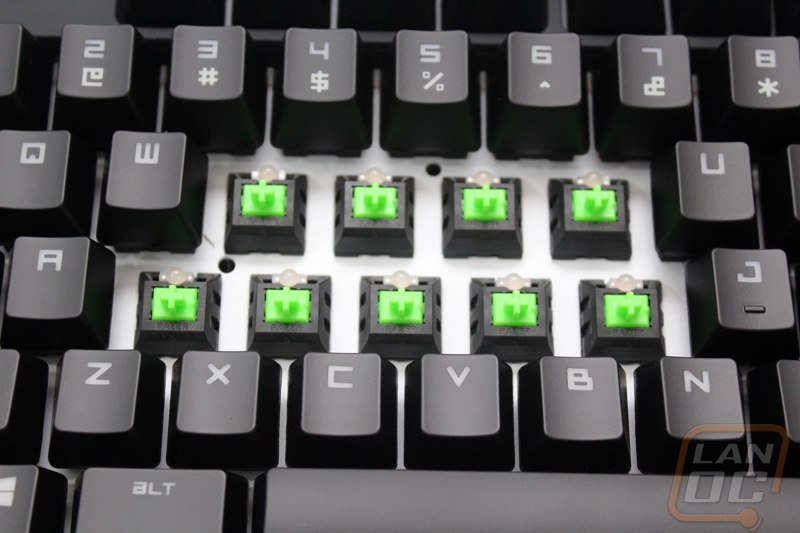 Nothing new with the keycaps on the Chroma. Razer stuck with the transparent white key with a painted flat black finish and the letter etched out. The keycaps are ABS and about .40mm thick, standard for a keyboard like this. 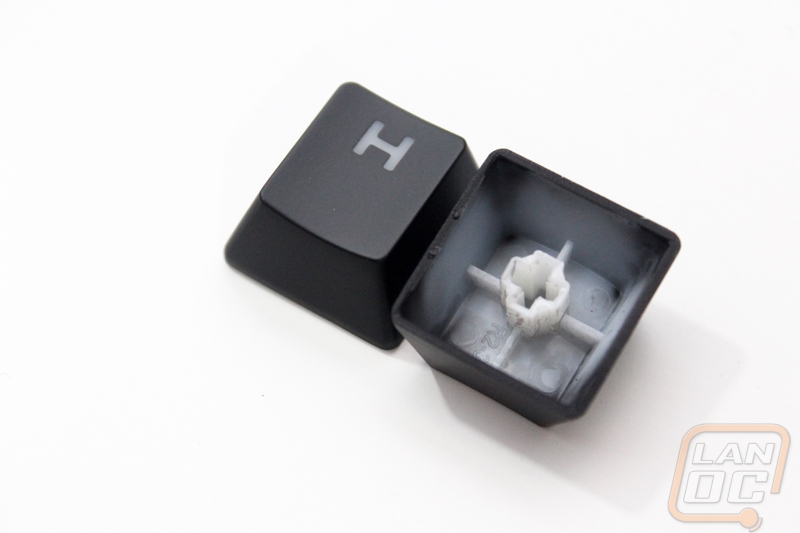 On the longer function keys you get Filco style stabilizers. 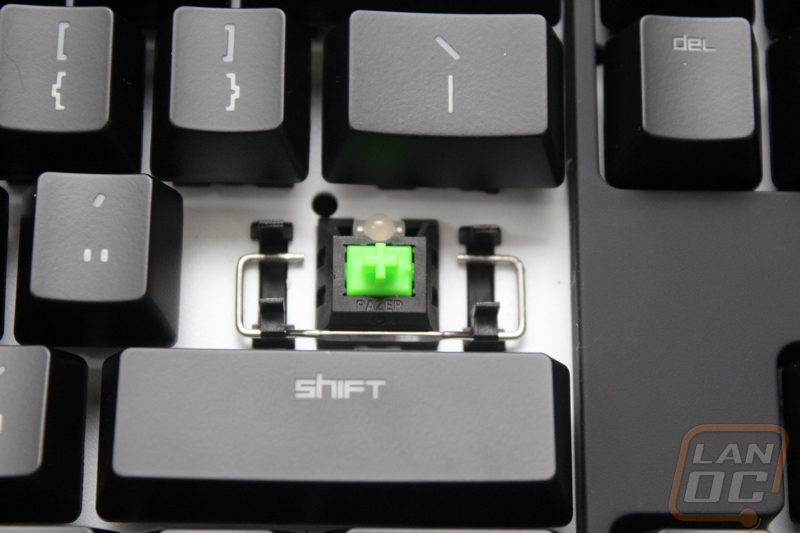 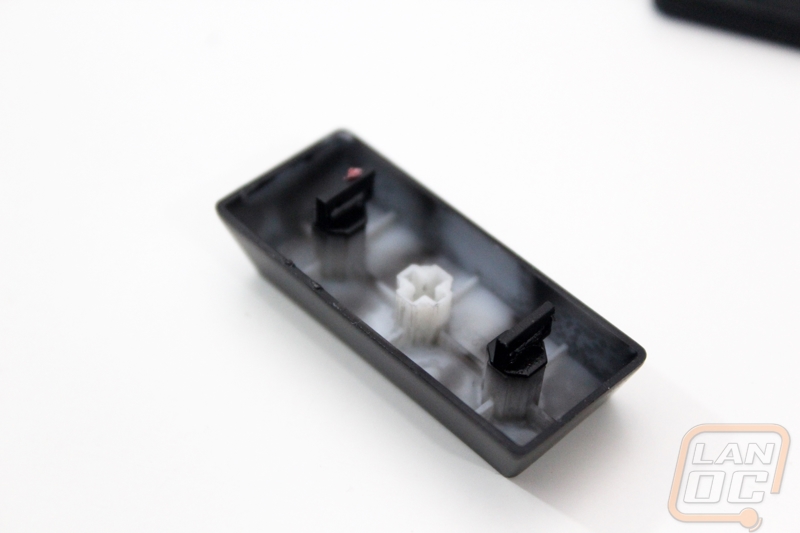 The keys look to be a standard/OEM profile with a flat backplane. 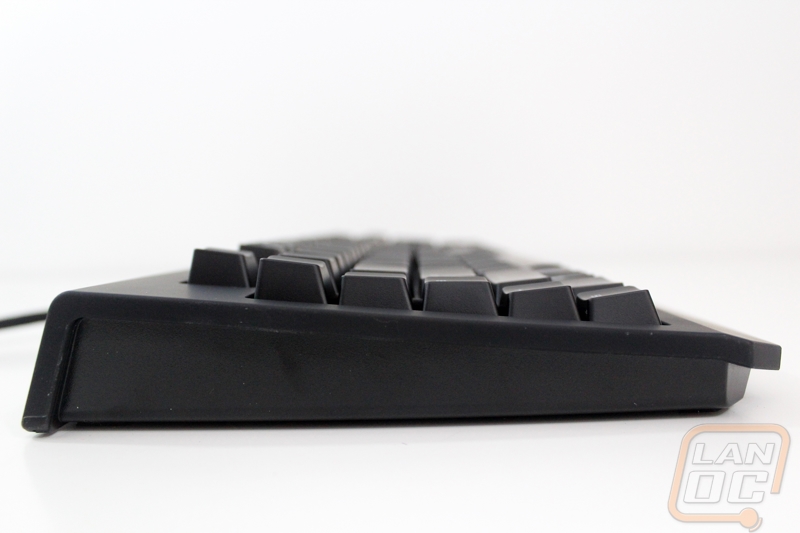 Most of the cord is a thick single cord with a heavy duty black sleeving. About a foot and a half from the end this breaks up into two USB plugs and microphone and headphone plugs for the audio pass-through. 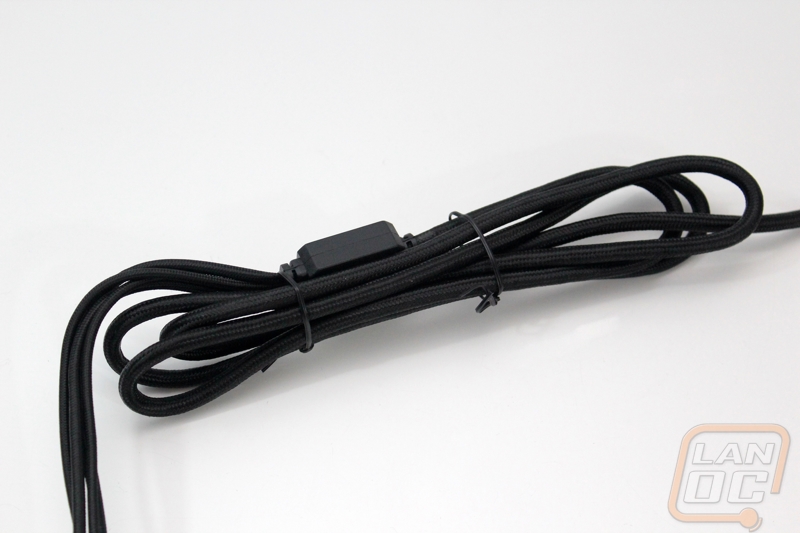 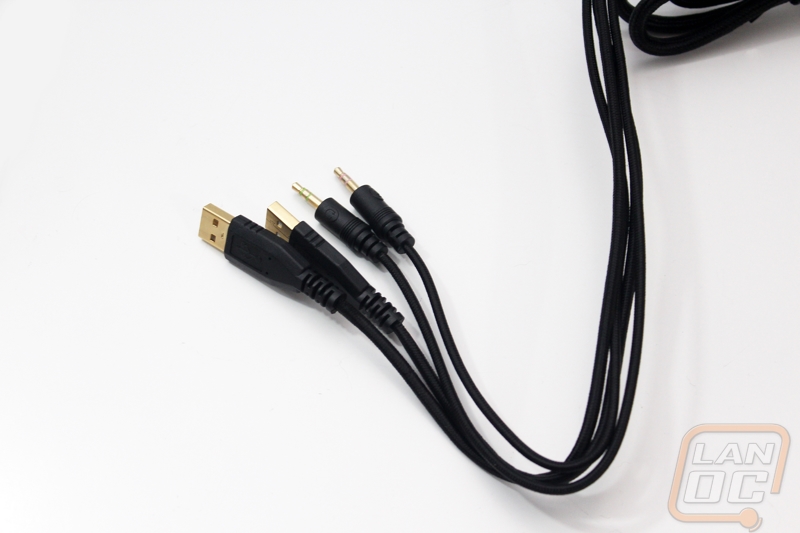 garfi3ld replied the topic: #35869 14 Nov 2014 16:55
Happy Friday everyone, today I take another look at the Razer Blackwidow Ultimate. This time it is the Chroma edition with its RGB backlighting.

trgtprctc replied the topic: #35872 14 Nov 2014 21:59
Thanks Wes. The Stealth version of this keyboard is on my radar. Thinking of finally making the jump to a mechanical plank and dig the RGB lighting.
Read More...