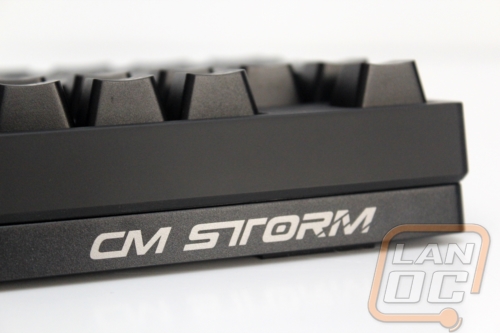 After getting photos of the Novatouch TKL, I hooked it right up to get my first impressions. I actually had a good idea of what to expect because I also have a Realforce 87U All-45g "EK Edition". The Novatouch TKL has the same 45g weighting on all of its keys as well. The biggest differences from the Realforce initially were the smaller bezel on the Novatouch and actually being able to see the lettering. The Realforce does have PBT keycaps (other than the space bar) where the Novatouch went with ABS.

As someone who makes it out to a LAN or two I love using the tenkeyless keyboards like the Novatouch TKL with my LAN rig. They take up less space in my bag and it helps me make the best out of the relatively small space that you get at a LAN. When you are trying to fit your PC, monitor, mouse/mousepad, and keyboard in a 3 foot wide space, cutting four inches out of your keyboard means you can fit a larger mousepad or room for snacks.

For those of you who haven’t had the chance to type on a Topre keyboard they are very similar to a Cherry Browns with their tactile feel and fairly low noise. The 45 gram switches in the Novatouch are weighted the same as a Cherry Brown as well. There is a little more fluidness to the Topre switches and the tactile bump that you feel in a brown switch is down about 1/3 of the way into the keypress where the Topre’s tactile feedback is very close to the top. Once you get past that the throw is slightly smoother. Most importantly when you bottom out a Cherry switch it can be a lot noisier, Topre’s have a more muted sound when they bottom out. Cherries have a higher pitched sound when bottomed out.

Beyond the feel, there is an electrical difference between Topre’s and a Cherry MX switch. You first have to understand what Debounce is. When you close metal contacts in an electrical device, like you do in a keyswitch, the contacts normally bounce slightly. This means it takes a small amount of time (milliseconds) before the switch gives a solid on signal. When you press a keyswitch down there is an initial contact and then a slight bounce or lightening of the contact once or multiple times. They overcome this by debouncing, ensuring only one signal is registered within a space of time. The design of Topre switches allows Cooler Master to lower this time from 19-25 ms with Cherry MX switches to 5-8 ms with the Novatouch. While an extremely small difference, this could actually lower your response time.

With Cooler Master including the O-Ring silencers I had to give them a try during my testing. I used the key remover to pull all of the keycaps off and then put the puzzle back together, You put the O-Ring around the stem in the keycap and then put them back on. When installed, this gives each key a tiny bit of additional padding for when you bottom them out. I have used them before on my Cherry keyboards and while they don’t make a huge difference there is a slight improvement in both noise and comfort. With the Novatouch, I couldn’t tell the difference when I just tried a few but once I installed them all I felt like there was a difference when typing. Then again it could have all been in my head to justify the time spent installing them. 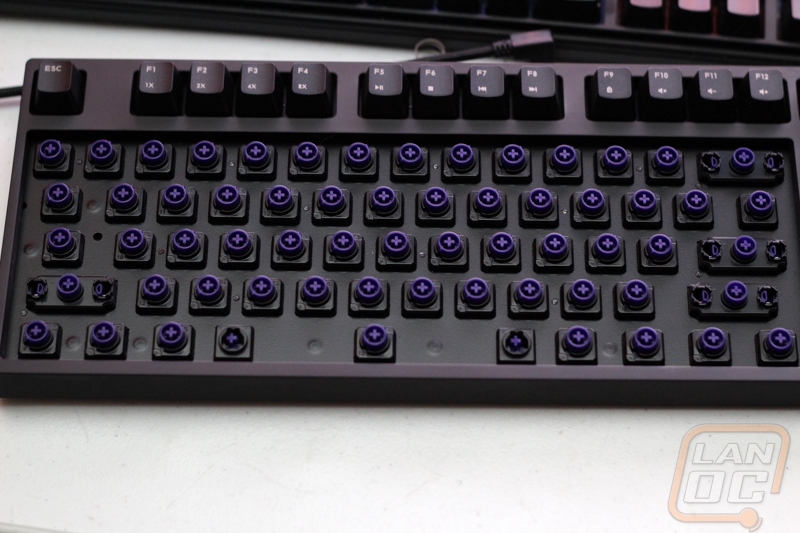 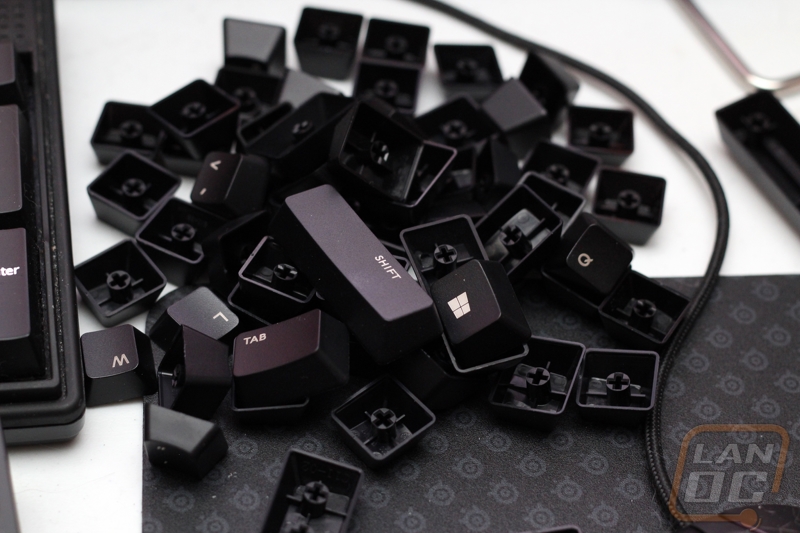