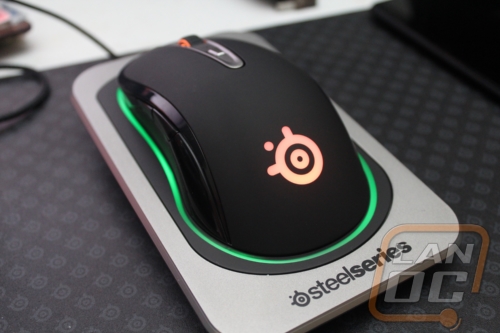 There are multiple ways to go about going wireless; between all of the gaming mouse manufactures they have covered just about every possible option. Those options range from a small wireless dongle and replaceable batteries all the way to the charging base for the Razer Mamba that displays the mouse up on a pedestal. Considering SteelSeries’ decision to run replaceable batteries on the H Wireless headset I was actually a little surprised that they went with a charging dock for the Sensei Wireless. Even so, they tried to jazz up the Sensei itself without changing the overall shape that most people seem to love. In the end, what they came up with in the photos below is basically a normal Sensei Raw with the cord cut off and a little trim around the scroll wheel, all with a charging base of course. 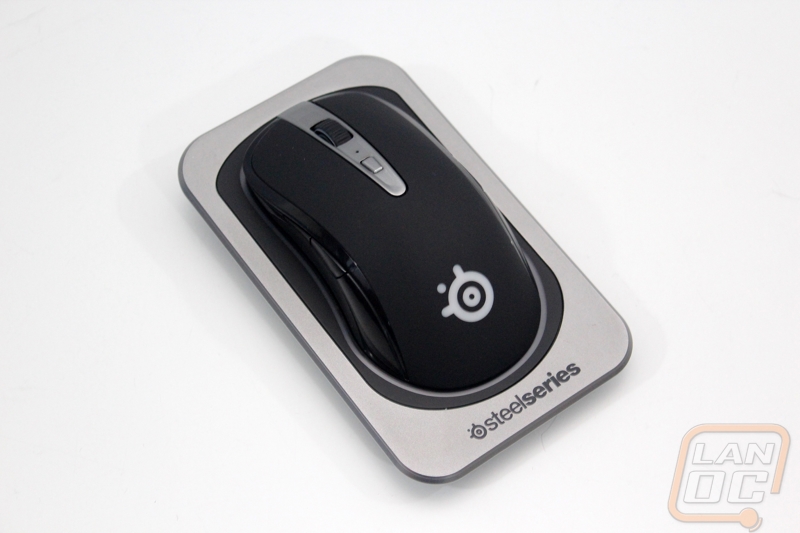 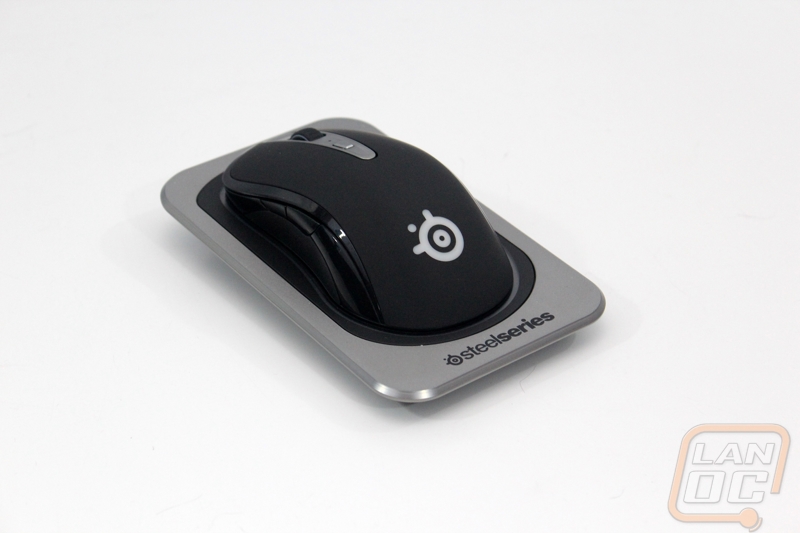 The charging base for the Sensei Wireless is fairly hefty, so it won’t be moving around too much on your desk. They accomplished this with a metal ring around the top. Also up top is an indent in the shape of the mouse, inside there are three spring loaded tabs that help keep contact with the mouse to charge it. Around the indent, SteelSeries has put an LED ring to show when the mouse is charging by breathing and you have the option to set this light to show the battery charge status. The charging base also doubles as the wireless receiver for the mouse, so you only have to worry about hooking up one cable. On the underside, you can see that the cable plugs into the front of the charger. The rest of the bottom is converted in rubber to keep it secure as well. There is also a connect button hidden up under everything, you can use this to reconnect the mouse should they get out of sync. They put it on the bottom to keep it from being bumped the rest of the time. 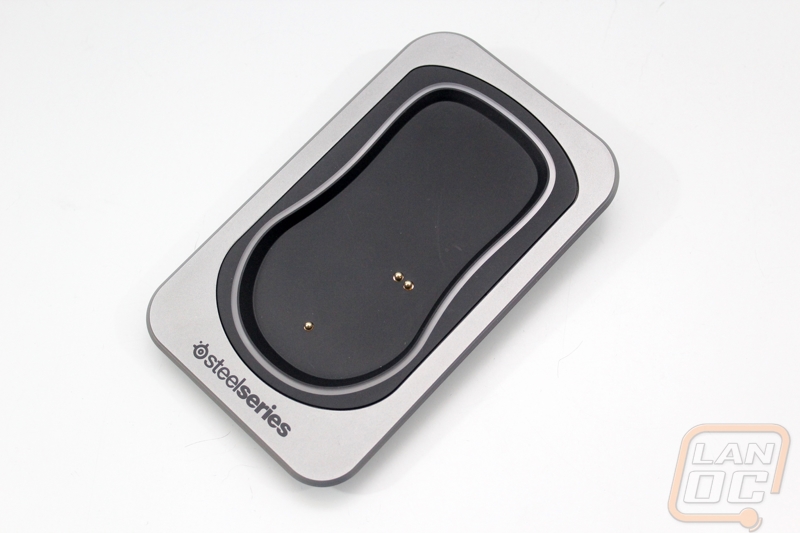 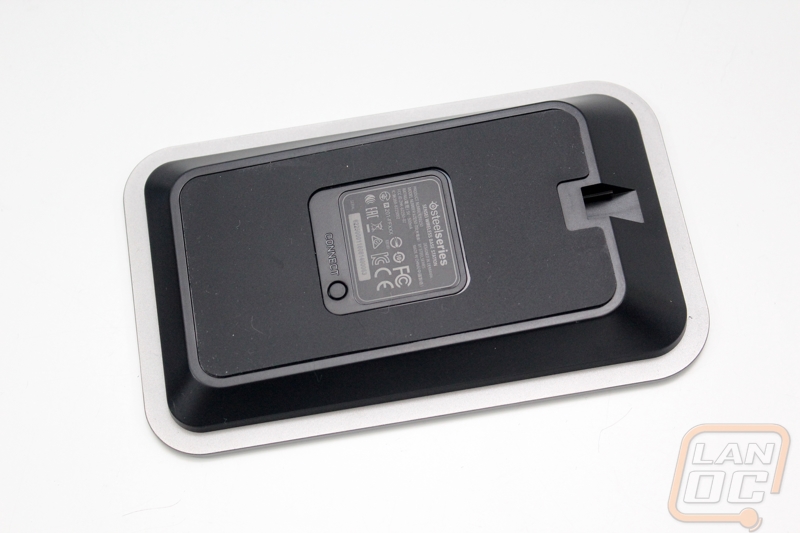 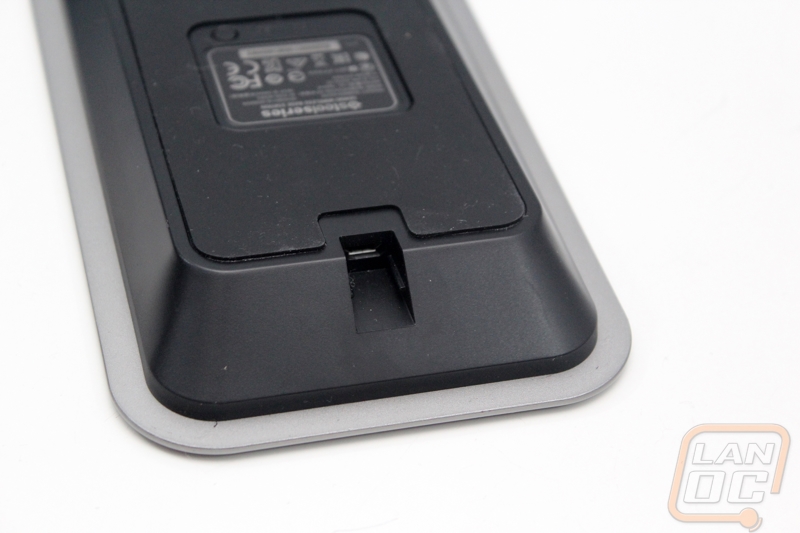 The USB cable for the charging base connects using a micro USB connection like most cell phones and tablets. The cable itself has the same tight braiding on it that I have seen on the wire Sensei models. The plug does have a unique shape, I have a feeling you could use a phone charger if you needed too, but it might not fit as tightly and it wouldn’t use the cord lock on the mouse itself. It would have been nice if SteelSeries had included two cords, one for the base and a second for the mouse itself. In the second photo below we can see how the cord plugs into the mouse and just next to the plug is the spring loaded cord lock that you have to flip over to pull the cord out. 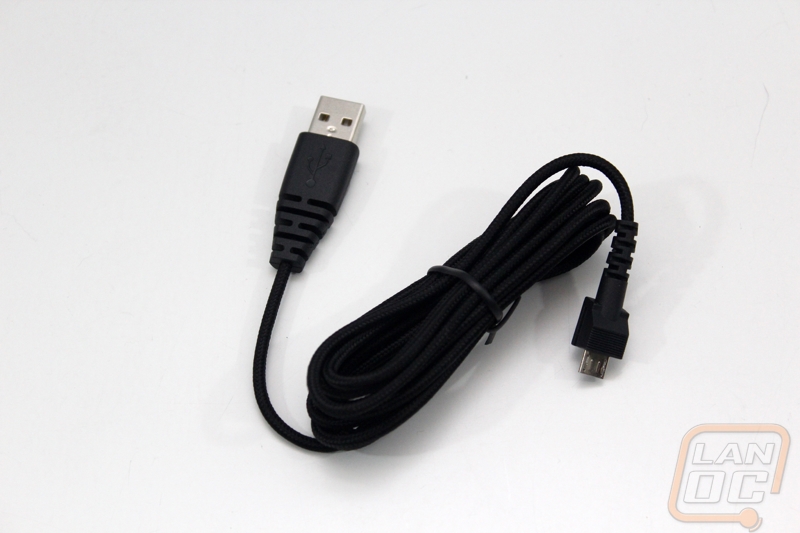 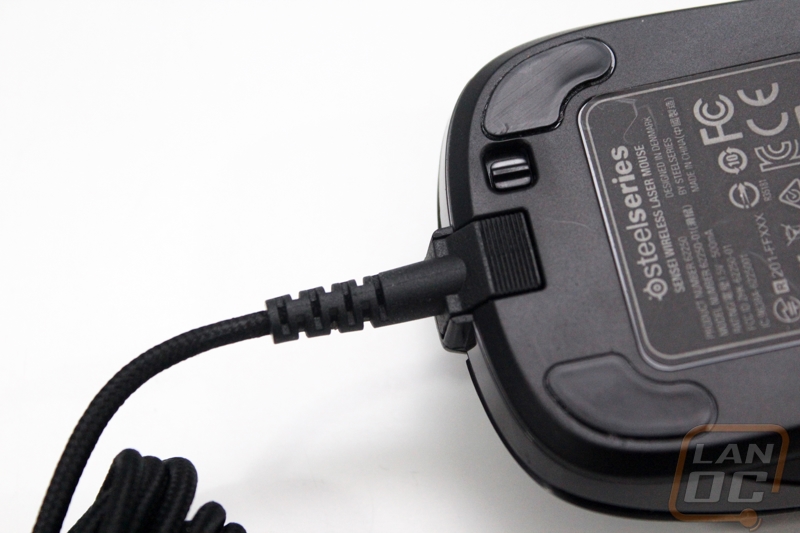 The rest of the bottom of the Sensei Wireless is a lot like the wired versions, specifically the RAW because of the lack of an LED screen on the bottom. Two of the four gliders are the same size and locations as on other Sensei’s and Xai’s so replacements should be easy to find for those but the front two are actually one large glider on wired Sensei’s. There are of course the three charging spots that match what we saw on the base. There is also a power switch and a connect button, like what was under the changing base as well. For a sensor the Sensei Wireless has the same ADNS 9800 that the MLG version of the Sensei had, the only difference is in the brand name that makes it. As I have mentioned in our G502 review, Pixart picked up the sensor technology from Avago. What was interesting is SteelSeries is actually advertising what sensor they are using directly on their website, this is much nicer than having to figure out what model they went with. 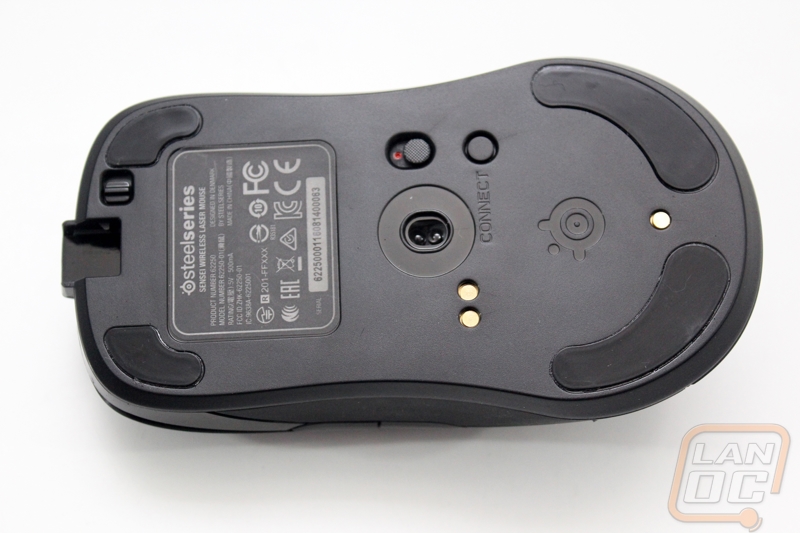 Both the left and right sides of the Sensei Wireless have two programmable buttons, just like previous models. The reason SteelSeries puts them on both sides is because the Sensei Wireless is an ambidextrous mouse. The button shape and location is in the same spot as previous models. To help with grip SteelSeries also made sure to keep a rubber pad under the buttons for those (like me) who lift their mouse when gaming. 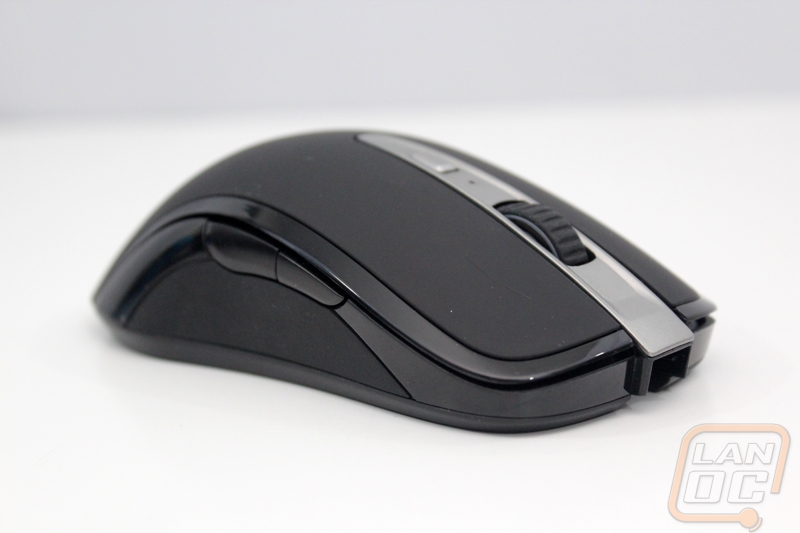 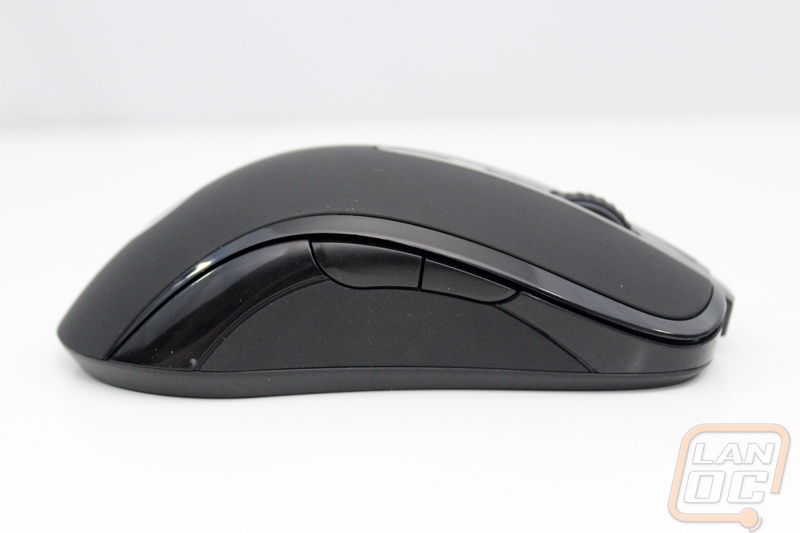 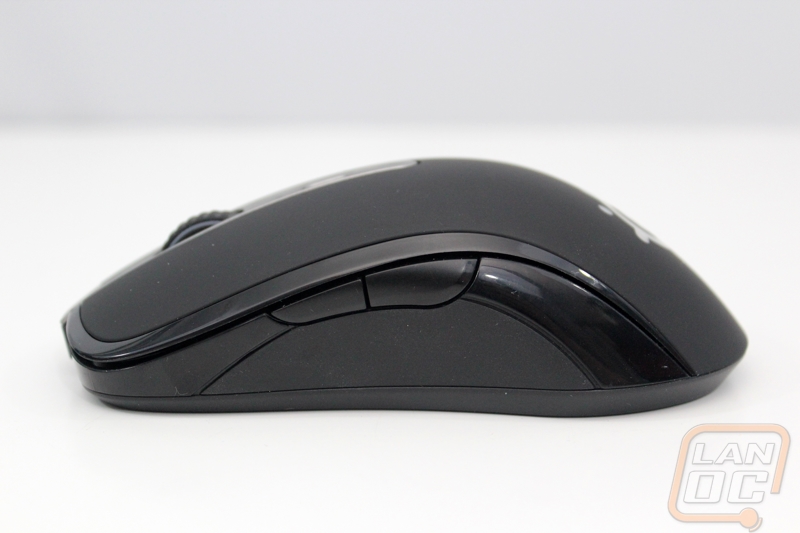 When the logo on the back of the Sensei Wireless isn’t lit up it still looks great in white. 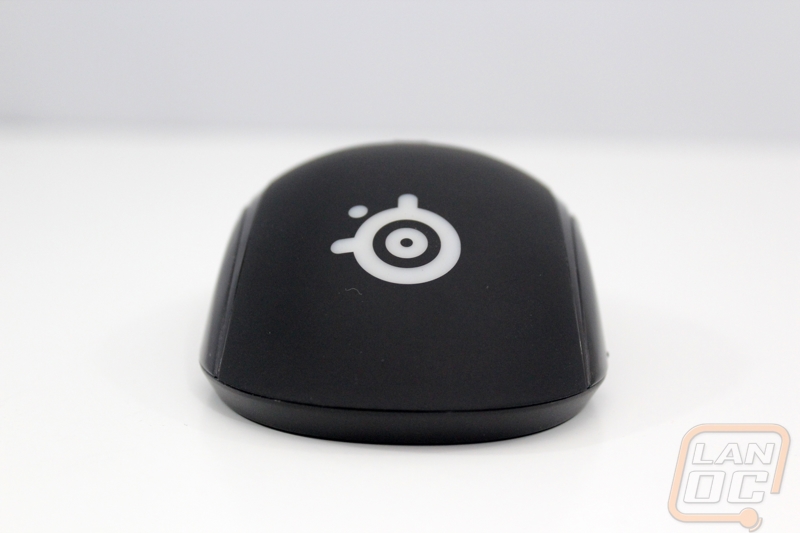 Around the scroll wheel SteelSeries changed things up slightly. They put the scroll wheel and the sensitivity button in a silver painted plastic strip that stands out when in between the rubberized black finish on the rest of the mouse. The scroll wheel looks the same as previous Sensei models with its grooved rubber finish and clear plastic ring under the rubber for the backlighting. There is a small pinhole that lights up to let you know if you are running in the higher sensitivity setting. 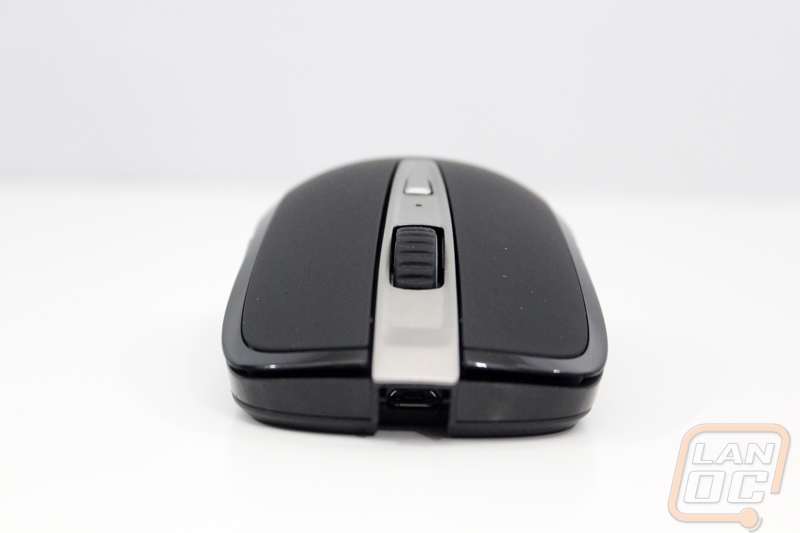 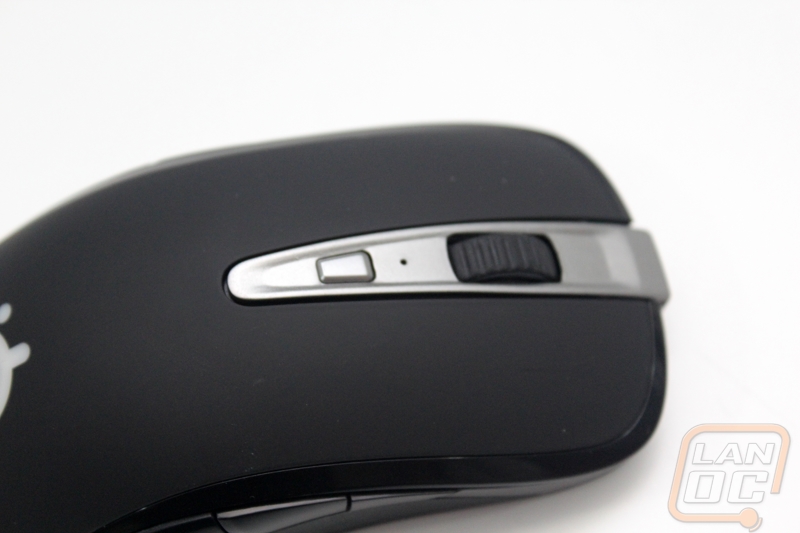 Here is an action shot of the Sensei Wireless sitting on the charging base. I have the lighting set to orange on the mouse and the base is set to show that battery charge. 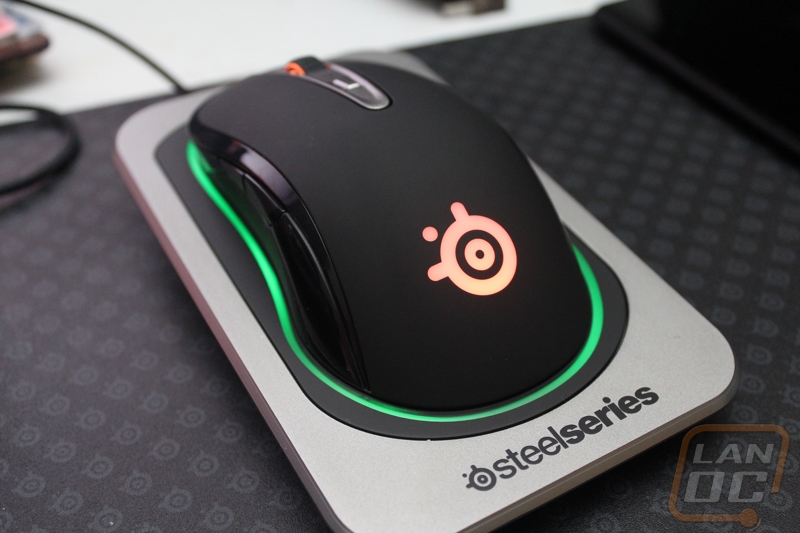