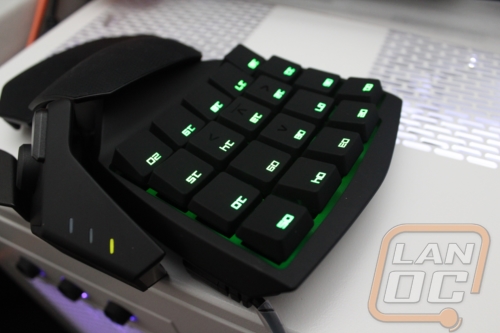 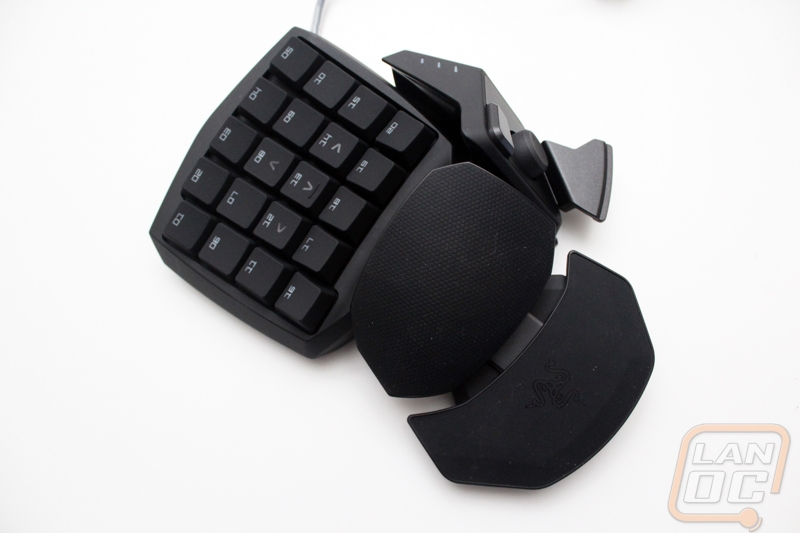 So at the end of the day you have a couple questions to ask yourself before you pick up an Orbweaver. First, is a gaming pad something you want at all? I have known a few people who have picked them up and only a select few stick with them, I have found that its people who tend to play just one game who are more likely to stick with it. Setting up your configuration takes testing a tuning to get just right.

The second question you have to ask once you know for sure you want a game pad is does the Orbweaver fit all of your needs. For one there are going to be some people who really want to stick with their Logitech products, others who won’t like the bright green backlighting, and people who just won’t be able to handle the fairly noisy Chery MX blue key switches that the Orbweaver uses (you can also look at the stealth model with browns though).

If you get past those two questions you are really going to like what Razer has done with the Orbweaver over their previous gaming pad. The adjustability, ease of programing, and the mechanical switches really do make this a top notch product. My only complaint are related to having to create an account and be online to sign into the Razer software. The software issue is really the only complaint that anyone should really worry about. Razer really stepped up and made amazing software, it’s just a shame that a lot of people (me included) will have a hard time getting over the drm long enough to really be happy with the software. 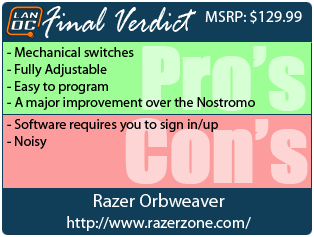 You might call him obsessed or just a hardcore geek. Wes's obsession with gaming hardware and gadgets isn't anything new, he could be found taking things apart even as a child. When not poking around in PC's he can be found playing League of Legends, Awesomenauts, or Civilization 5 or watching a wide variety of TV shows and Movies. A car guy at heart, the same things that draw him into tweaking cars apply when building good looking fast computers. If you are interested in writing for Wes here at LanOC you can reach out to him directly using our contact form.
Discuss this article
Log in to comment
Posts in discussion: Razer Orbweaver

We have 1051 guests and one member online