One I had the G500s all setup and configured to my liking I was finally able to put it to use. Because I have been feeling DOTA 2 a little recently I jumped into a few games to get a feel for the G500s. Frankly I was able to get a feel for it almost right away even though I don’t use my old Logitech mouse as much as I would like. After a few games I found myself rebinding a few small things in game to the buttons I had available. The three side buttons along with the two DPI buttons that I could rebind made for just enough for me to be able to rebind my QWER buttons as well as setup a quick buy button. This did leave me without a Vent button, but once I remembered that I had the three extra buttons on the scroll wheel I was good to go (left, right, and down). I did find that pushing the scroll wheel down to activate that button was difficult to do without bumping left or right, this ended up making that button un usable. But I still had 7 programmable buttons on a mouse that clearly isn’t a traditional MMO mouse.

Once I finished gamming I busted out my hard and soft mouse pads to see if the G500s had any acceleration and to see how it tracked on different surfaces. I didn’t experience much acceleration on the hard mouse pad but the soft pad did how a little more. Tracking on both pads was great though. This lines up perfectly with the sensor that is installed in the G500s. We have the Avago S9800 Laser sensor this time around. This is a change from the G500 where we had the Avago S9500 Laser. Performance wise they are similar but the S9800 does mean a bump in max DPI and it would explain the 8200 DPI max on the G500s now. Most people will never take advantage of the difference in DPI, this is more of an improvement just to keep up with the times. The fact that Logitech didn’t really promote the higher DPI impressed me, I’m happy to see that they aren’t trying to use it to sell their mice when no one can really put that high of a DPI to use (seriously try it, good luck clicking on anything).

I mentioned earlier that the mouse itself didn’t really look different at all, now that we have spotted a new sensor inside I am a little curious as to what else Logitech changed. After digging around a little bit I found out that they actually swapped out the trigger switches as well. The previous switches were 10 million click switches and they have now gone to 20 million click switches. This is important because the G500 has been known to give people trouble with those switches later in its life; this should help prevent that as a problem with the G500s in the future.

Speaking of things breaking, when using the G500s day to day I find myself taking advantage of the ability to free spin the scroll wheel and then put it back to clickyness. You may be wondering what this has to do with breaking things. I’m actually worried that I will eventually break my G500s simply from playing with it too much. It’s gotten to the point where I don’t even notice that I am doing it. I spin it up as fast as possible and then push the button to stop. Surly this can’t be good for the mouse, but it has held up so far. You can’t blame Logitech for that at all, other than maybe making the mouse to much fun to use.

One of the things I was curious about when I was going over the G500s’s features was the “hydrophobic palm surface, dry grip side panels, and fingerprint-resistant button coatings”. To the eye nothing was different from the G500 and most likely nothing is different. But how well did the finish of the mouse work for me? Well the dry grip side panels are actually a very rough finish and it did give a good grip. It took a little getting used to but once adjusted I had no issues at all. The hydrophobic finish on the top means that water will be repelled, so the idea is to prevent grease and sweat buildup, in my testing I didn’t have an issue with this at all. That means I didn’t get the oils that I do sometimes have a problem with on the glossy finish of the SteelSeries Sensei. All in all I don’t think the finishes on the G500s are any different than the G500, but they are finally marketing features that they already had. I will be honest; my original hope when reading about it was that the lines on the top of the mouse would have a grippy finish. I was a little disappointed there but overall extremely happy with the performance of the G500s. 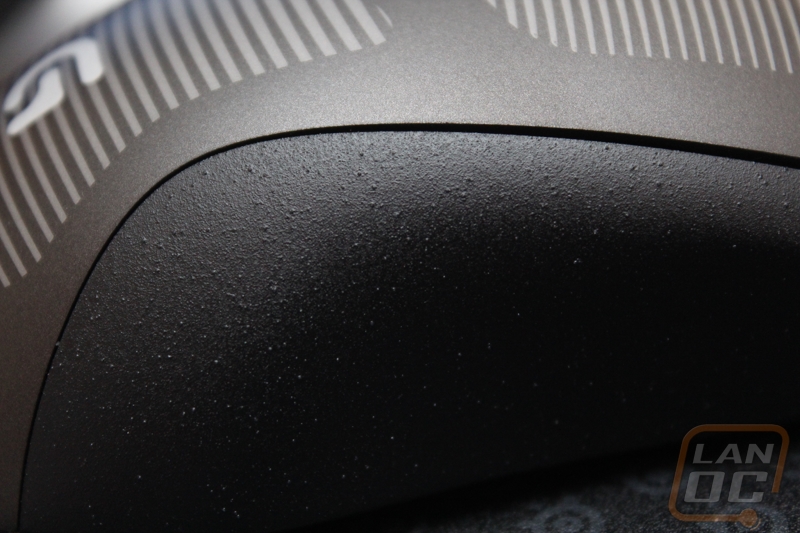 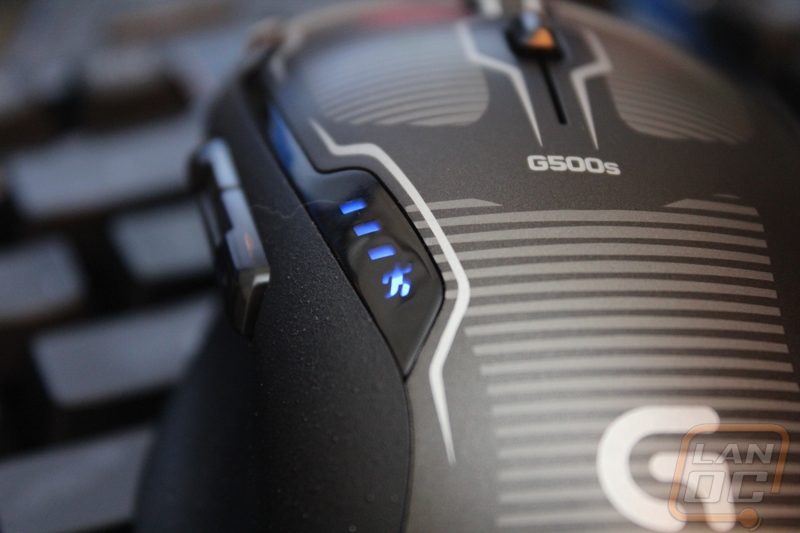 We have 1618 guests and one member online